Saffron is one of two restaurants located in Galaxy Macau’s Banyan Tree Hotel.  Accessible via the lobby, they’re open daily for lunch and dinner. My friend and I tried the lunch there and it was spectacular, simply the best Thai food I’ve had in Macau. 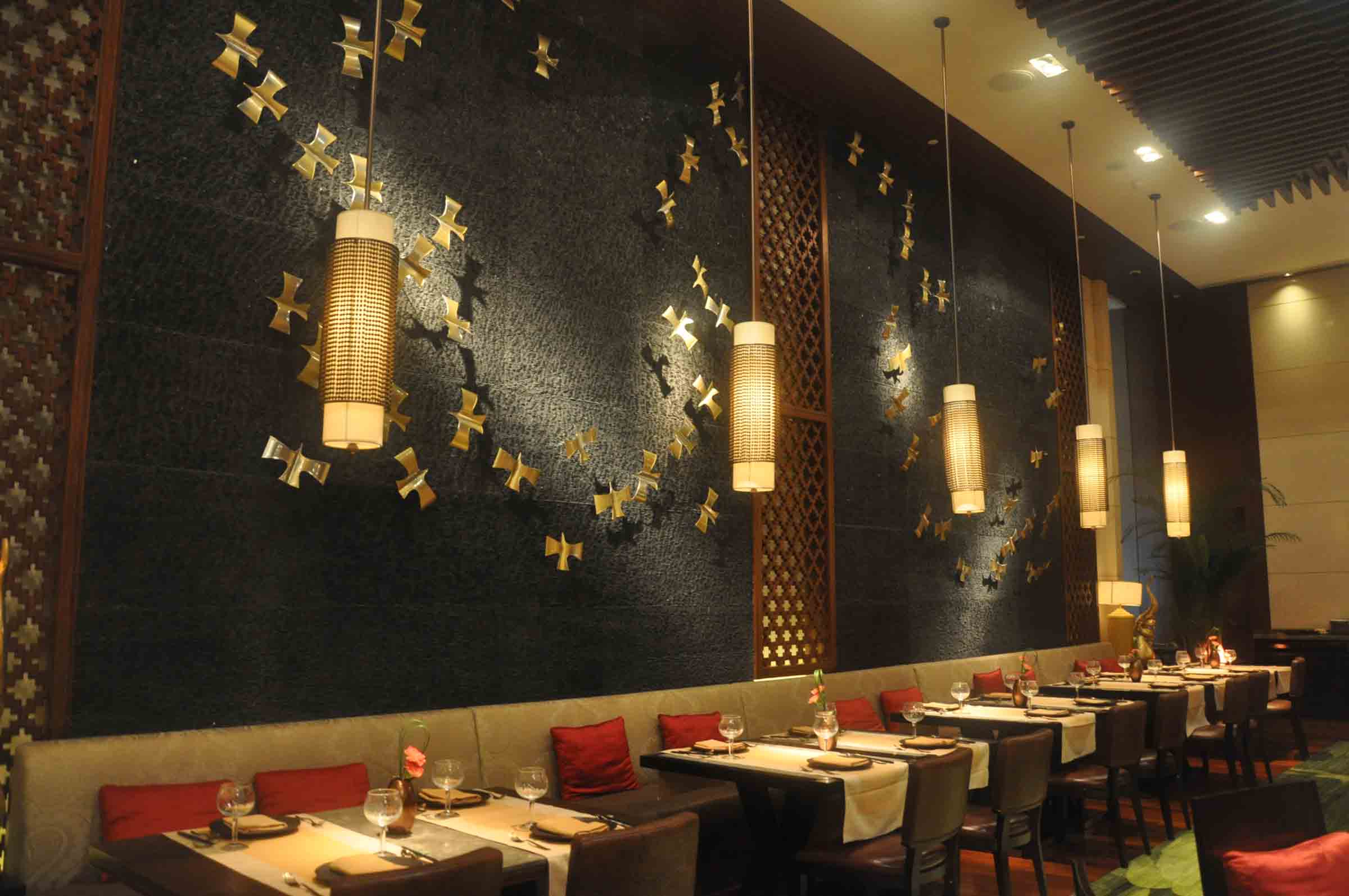 The only reason why I give 4 stars and not 5 is because of the price.  With nothing on the menu under $118, including their vegetarian dishes, it’s certainly not cheap.

It is, however, exceedingly good food – very fresh and exotic.  Here are some of the ingredients used on the dishes we ordered: Fried Pandan leaf, Pomelo Sala, Shallot, Kaffir Lime, Lemongrass, Galangal, and Thai Basil.  If you asked me what any of those things are I couldn’t tell you, but that’s why Saffron’s chef does the cooking and not me.  He definitely knows how to make them sing.

The two soups (Tom Sab and Tom Yum) were full of taste and texture, while the Khong Wang Ruam appetizer plate was another highlight, full of tasty Thai treats.

As for their Gaeng Kiew Wan Gai, (Chicken Curry), I honestly don’t think it could have been made any better.

Saffron is also notable for its vegetarian selections.  With 9 different choices, those (strangies) who abstain from meat may find this restaurant an attractive option. 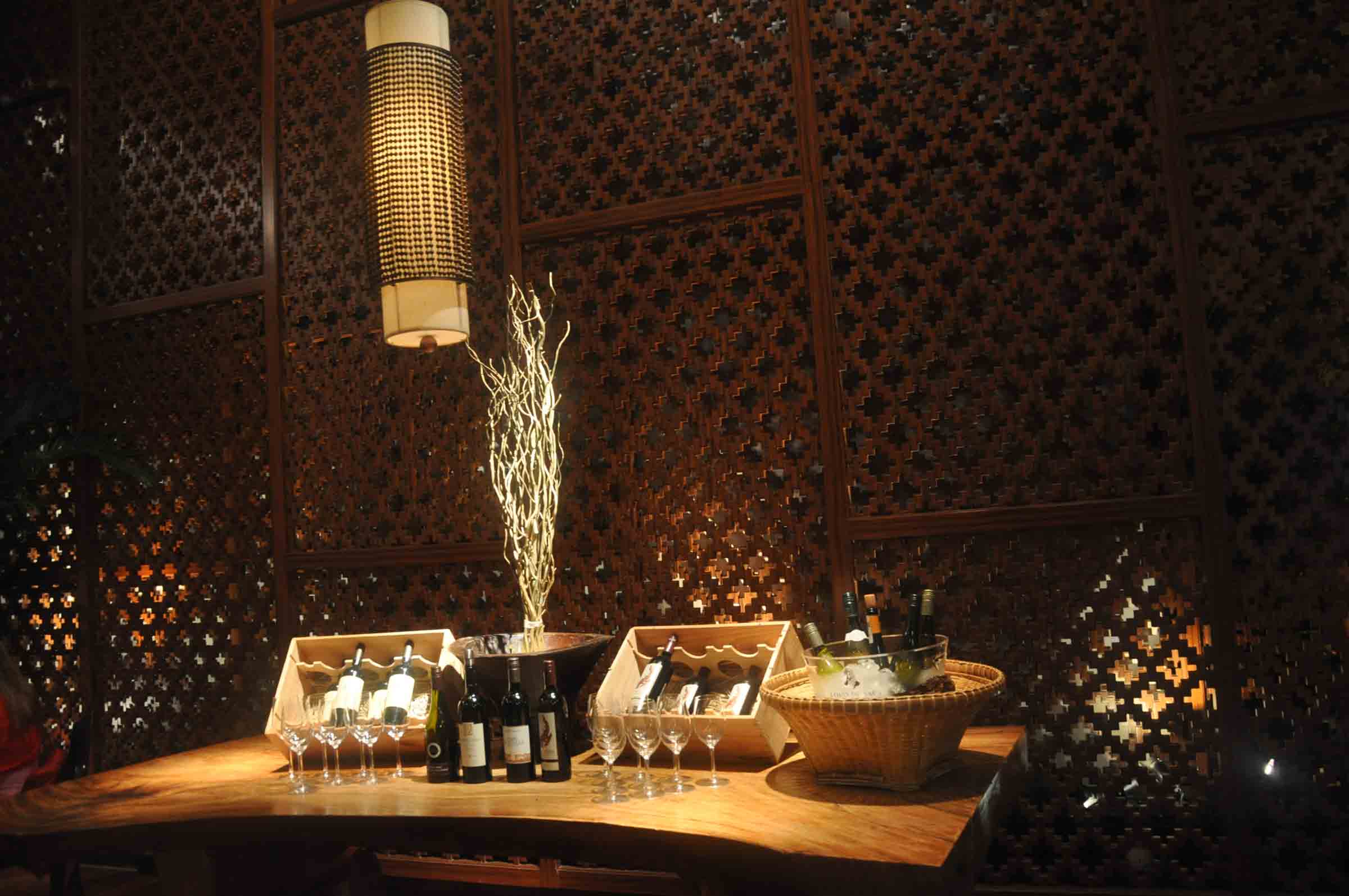 The restaurant visuals are also very enticing, full of wood furnishings, vases, plants and other traditional Thai decorations.  It’s a very relaxing atmosphere, certainly up to the standards of a Banyan Tree restaurant. 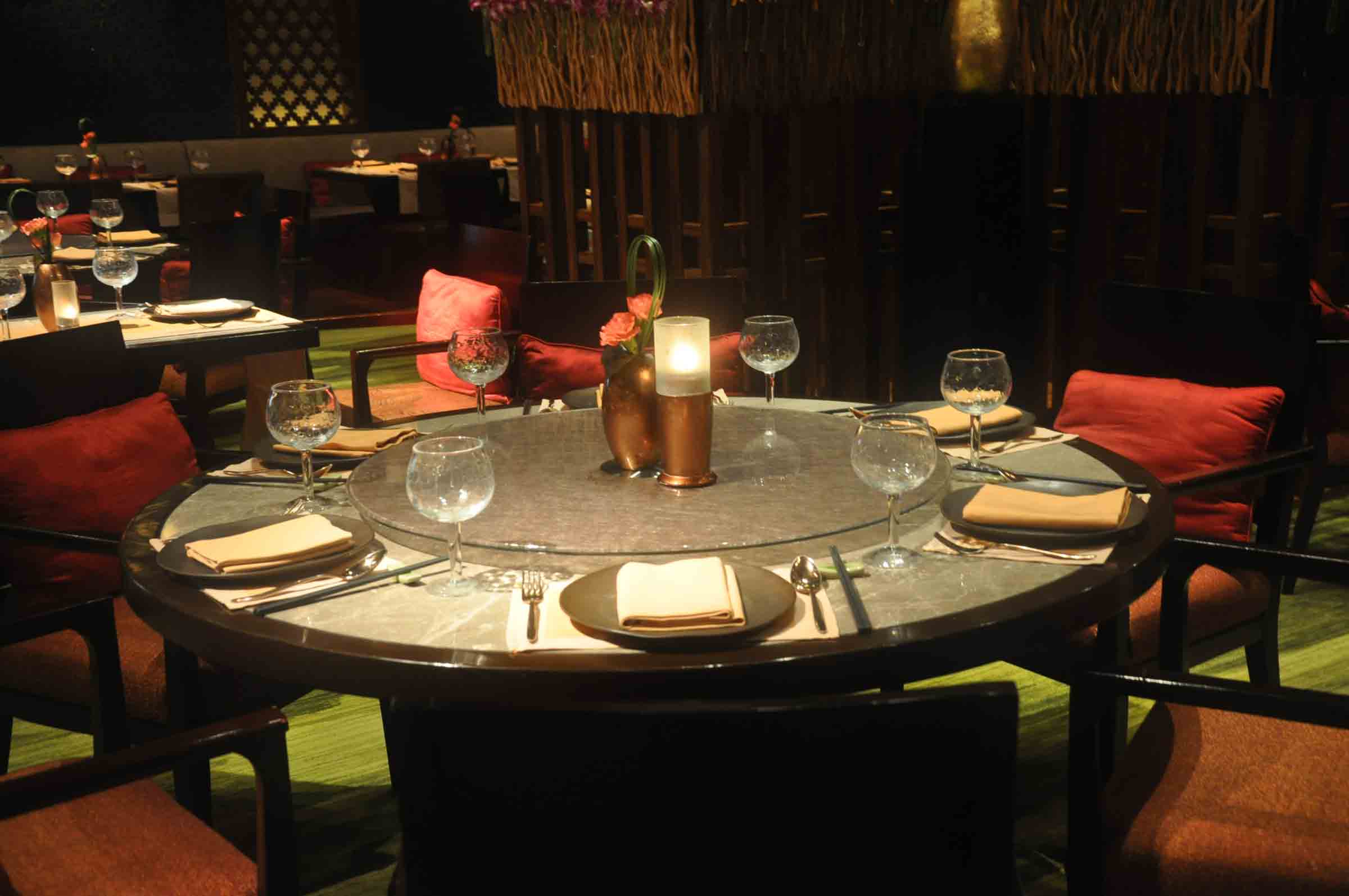 All told our lunch bill for two came to $1328.  As I said earlier, it’s not cheap, but I think it’s still worth it.  I’d definitely go again.

I did go again in 2015 and the meal I had was extremely disappointing, a far cry from my brilliant first visit in 2014.  It was about a two star experience, knocking Saffron down from its original rating of four stars to only three.  I dined with Jane Law who’s been to Thailand numerous times and she said that the Tom Yang soup wasn’t authentic and neither were the two appetizers, leading her to speculate that they’d been altered for the Chinese market. 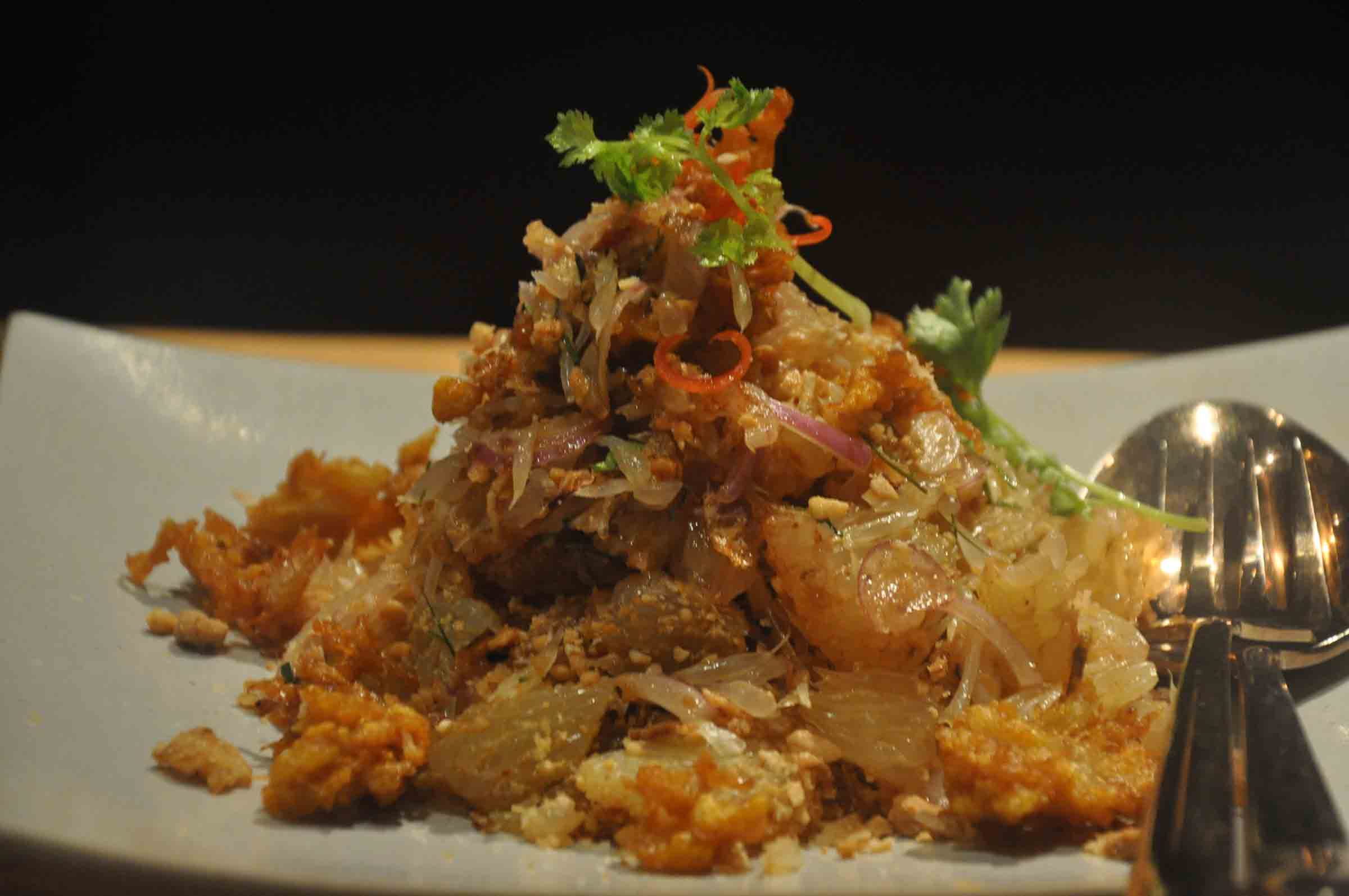 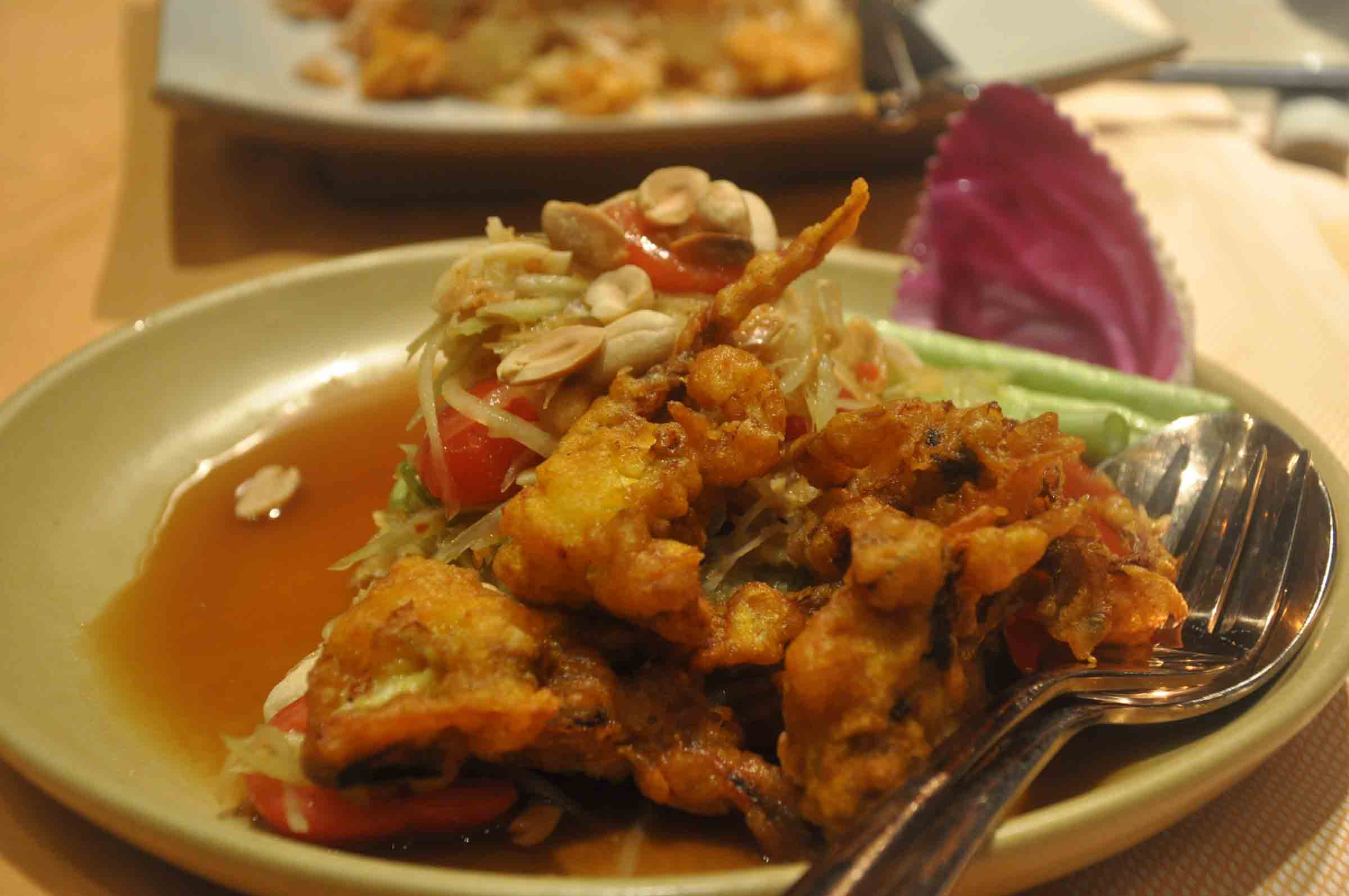 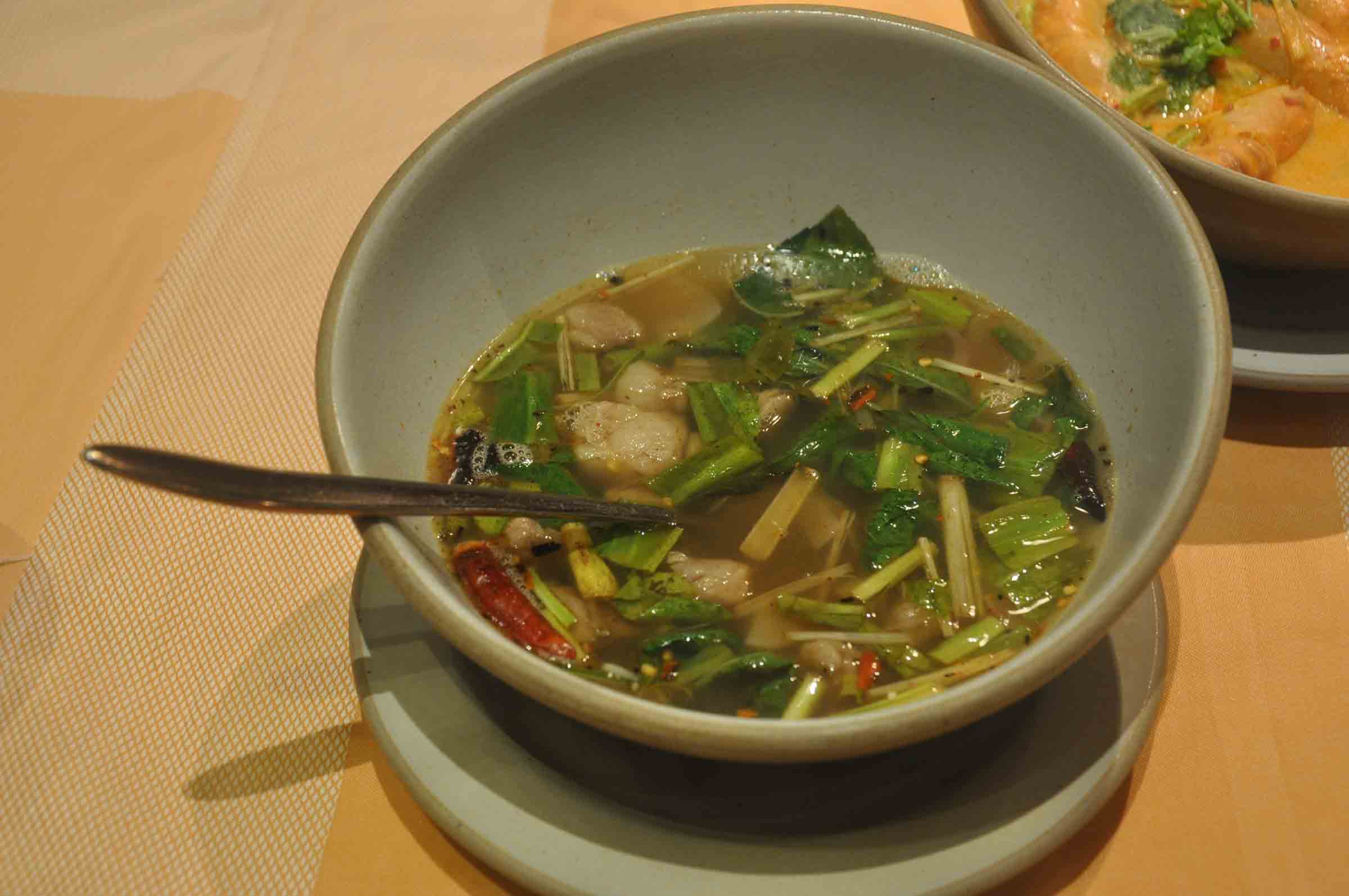 For my part I knew something was up when I tried the curries, which were nowhere near as thick and tasty as I remembered.  Maybe it was an off day or a new chef preparing the dishes I don’t know, but I’ve cooled considerably on Saffron and won’t return again until I hear news that it’s rebounded. 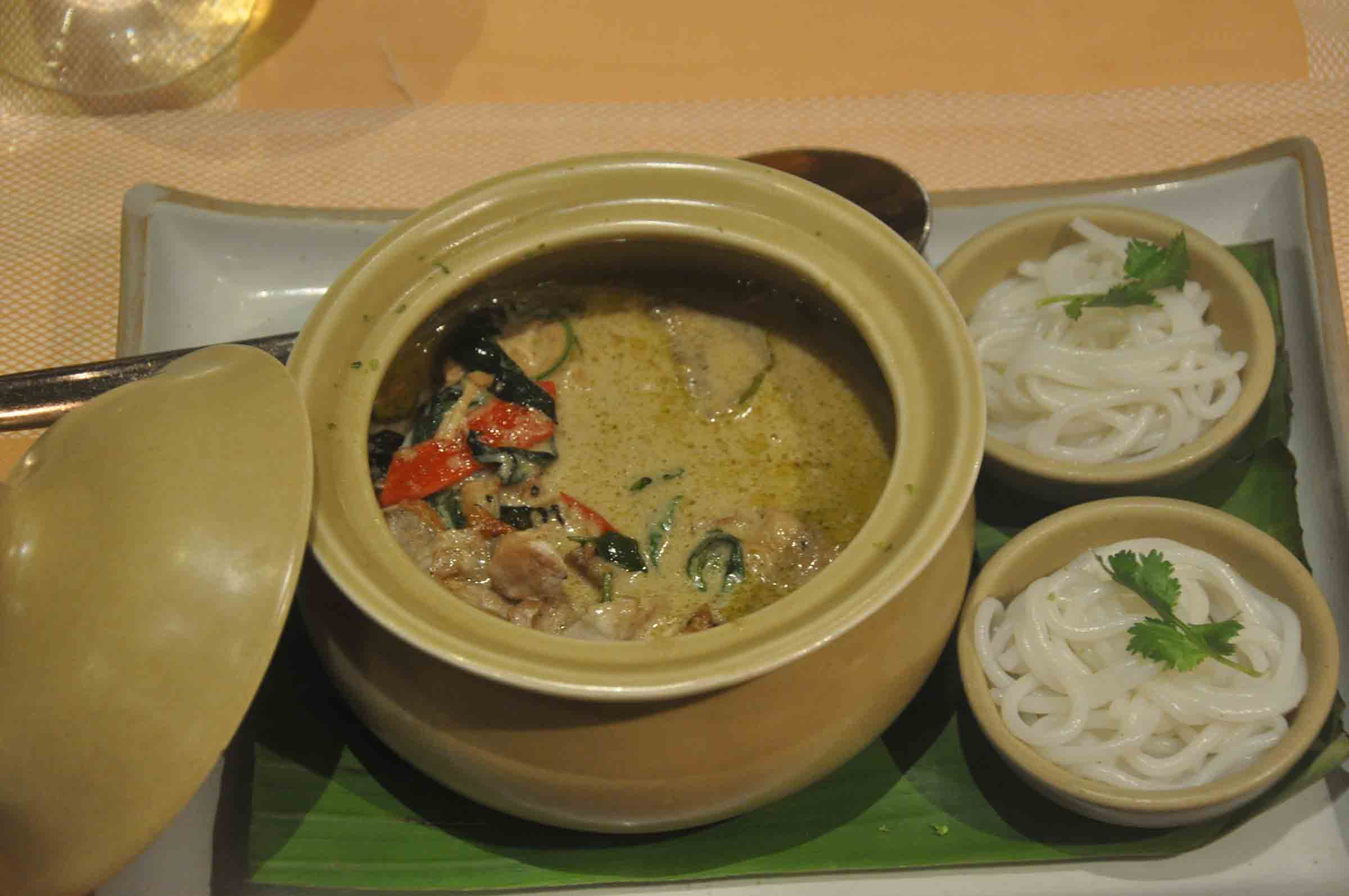 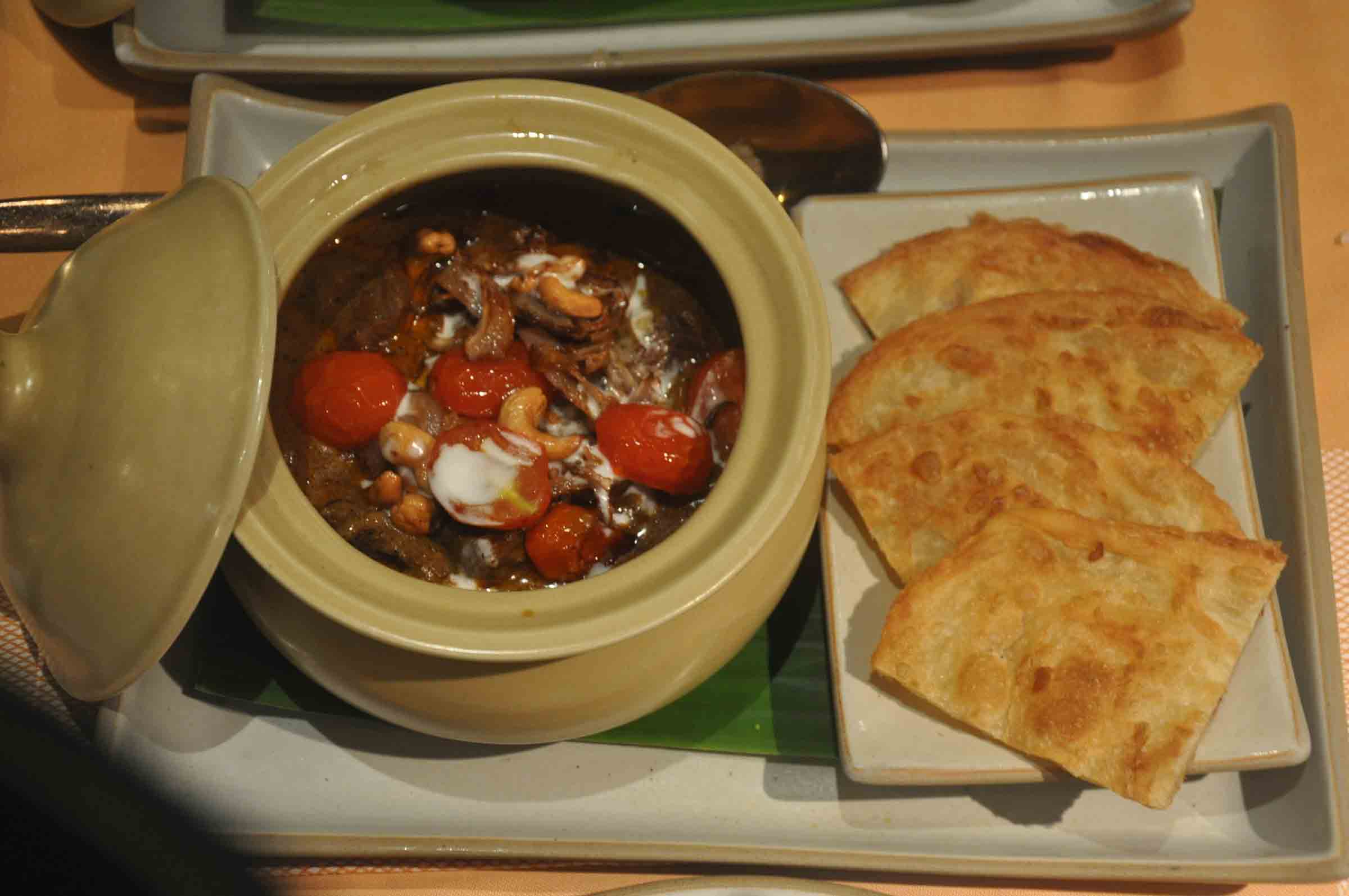 That means my search for a great Thai restaurant in Macau soldiers on, a good five years in.  There’s got to be one amazing place in town, right???