The best Portuguese restaurant in Macau that nobody knows about, I consider Vic’s Restaurant to be my greatest find of 2019. Located in the Rocks Hotel at Fisherman’s Wharf, it’s run by Executive Chef Martinho Moniz, a native of Portugal who’s been in charge since 2017. 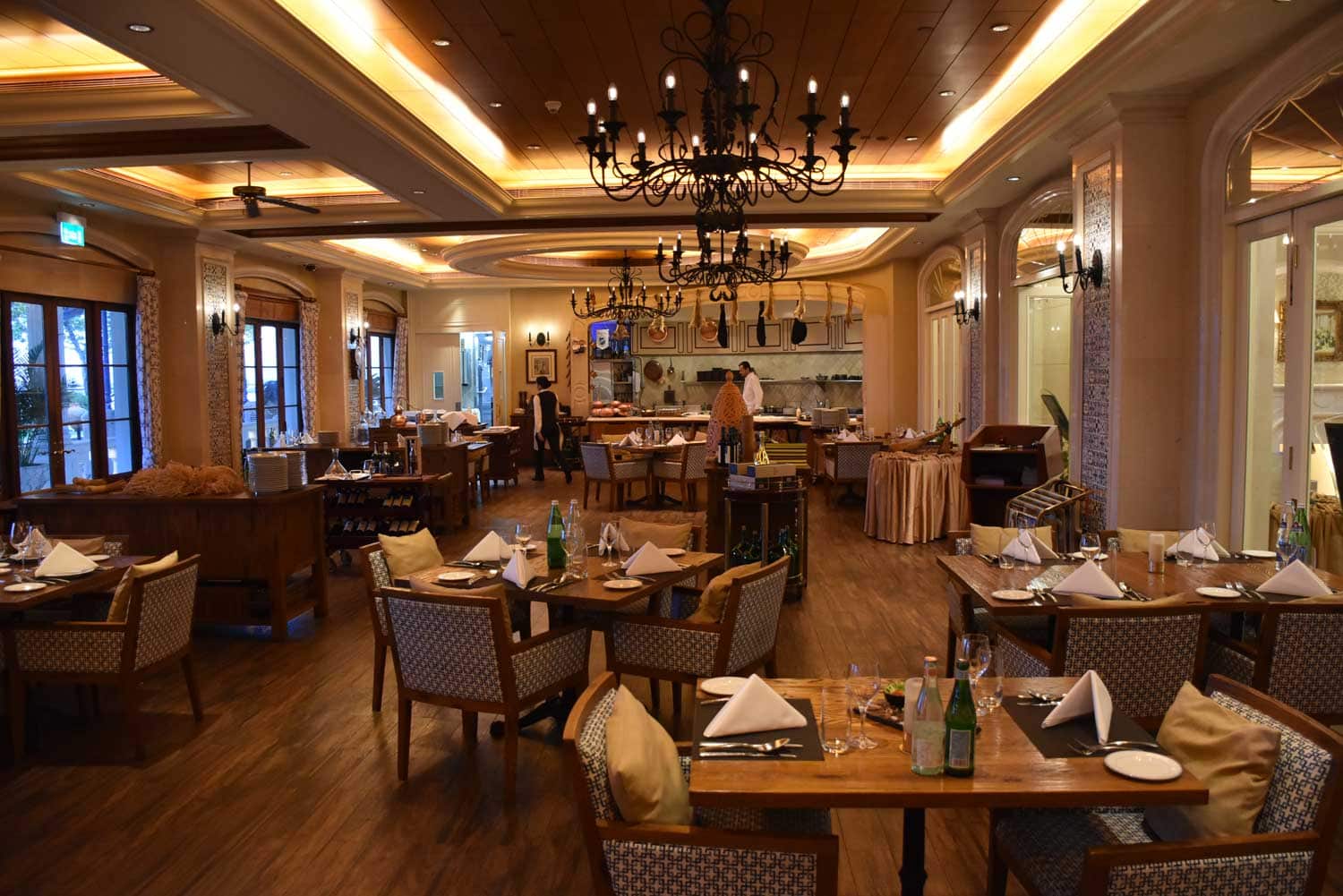 His stated goal is make dishes the same way that his grandmother would, a sound strategy considering that Portuguese food doesn’t benefit from a lot of bells and whistles. It’s best when the chef keeps it simple, which is probably why their restaurants rarely receive any Michelin recognition, even out of this world ones in Portugal. 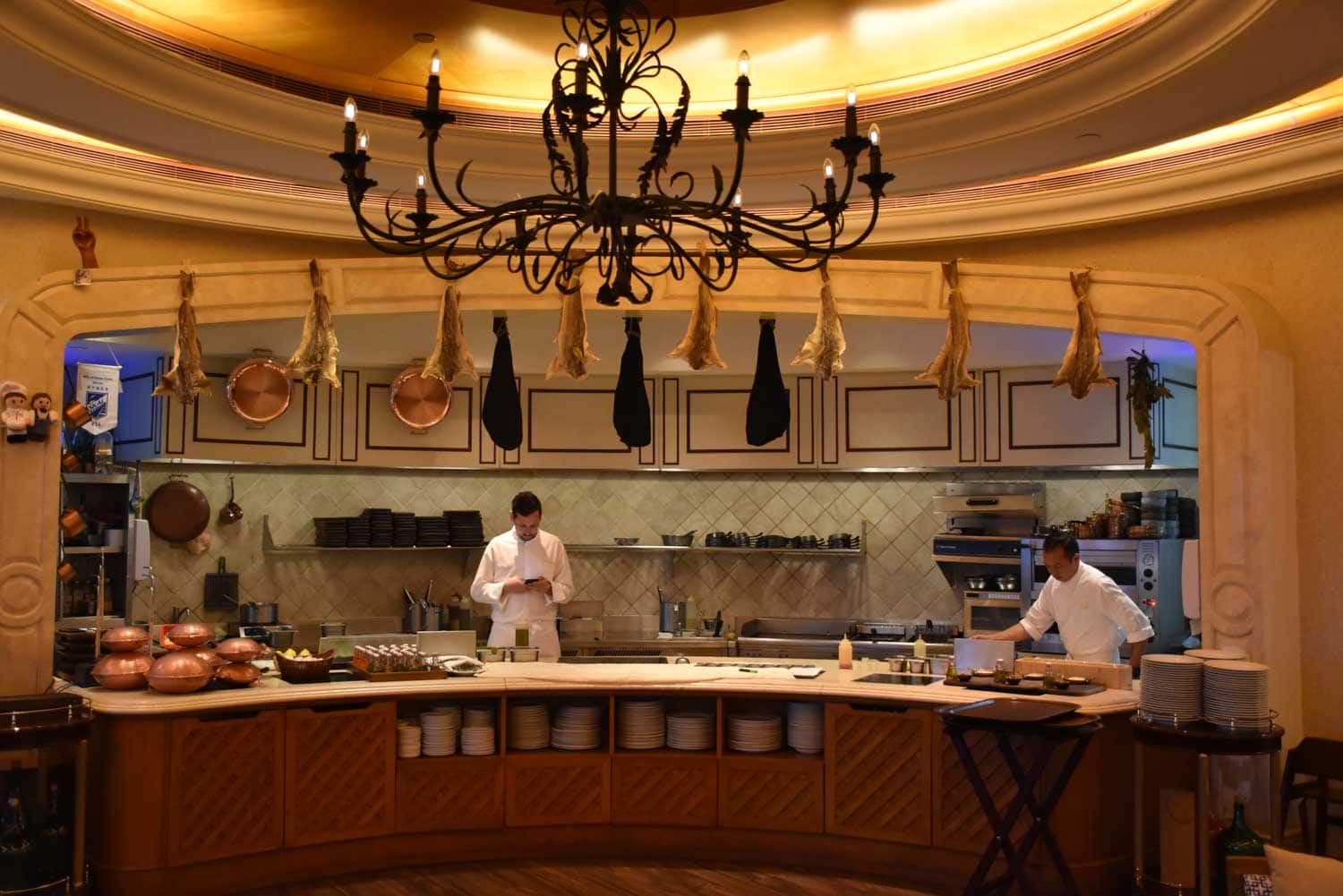 It’s a shame because the food at Vic’s is definitely up to Michelin standard, provided you don’t order the Grilled Lamb in Broad Beans ($248).

Without that dish the restaurant would have received 5 stars, but the cut was so strange, the presentation so weird and the meat so chewy and fatty that I couldn’t believe it came from Martinho’s kitchen. The little bowl of broad beans was excellent though, and if they ever just make a vegetarian dish out of that, it would sell like hot cakes.

When dining at Vic’s, two dishes are absolute must orders: the 24 month old Black Prosciutto ($158) and Traditional Duck Rice ($138).

The cut of prosciutto is exactly like it’s done in Portugal, slightly thicker with a ton more texture, absolutely brilliant when paired with wine. The Prosciutto is even left out in the open, allowing easy access to waitresses who sometimes chop it up on the spot, something I’ve only ever seen done in Lisbon, never in Macau.

As for the Duck Rice, it’s simply phenomenal, and I often go to Vic’s just for that. I don’t know what his secret is, but it tastes exactly the same as in Portugal, unbelievably fresh and moist, not the dry, over baked, lumpy version you sometimes get in Macau. The price is a serious bargain too, as it usually costs well over $200 elsewhere.

Keeping up the good vibes, both soups we tried were spot on, whether you’re in the mood for good Fish Soup ($78) or traditional Portuguese Caldo Verde ($58).

The Fish Soup looks to have been prepared in a tomato broth, which is strange for Macau, but the classic way to do it in Portugal. Loaded with generous amounts of shrimp and seafood, it flashed great balance, with no strong notes of smoke or char or fish that can overwhelm soups of this sort.

The Caldo Verde Soup, likewise, was heavy on the kale and even included a fried potato ball, which was a novel twist. Thick and creamy, it was authentic AF and another example of a dish that’s done exactly the way it should be.  Too often the Caldo Verde soups in Macau are closer in consistency to water, like drinking weak flimsy Merlot on a summer’s day.

Turning to the appetizers, both the Prawns in Garlic and Portuguese Brandy ($138) and Fried Codfish Cakes ($150) were stellar selections as well.

The Prawns in Garlic approach the ones done at A Petisqueira, which is no small feat, while the Codfish Cakes are just that, filled to the brim with cod and not just potatoes, a cheapo that many Macau restaurants are fond of pulling off.

I’m usually not a “sauce” guy, but the codfish balls were also served with sour cream which greatly improved them, similar to what happens when eating fish and chips. 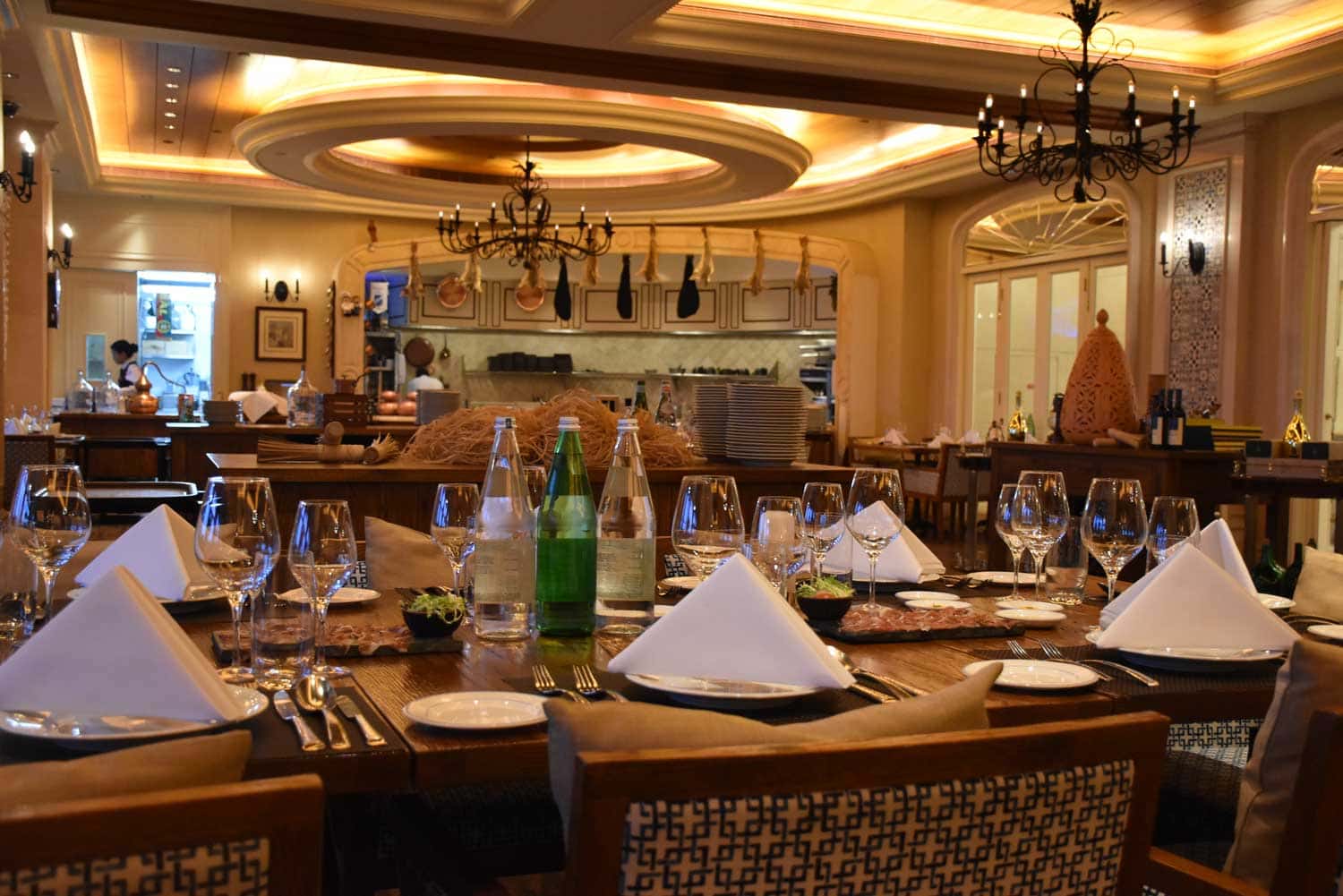 Full disclosure, many online reviews share a common refrain of staff misadventures and mishaps at Vic’s, and that indeed happened to us. The two appetizers we ordered came out last, while they charged us for a more expensive bottle of wine, which I was not having any of. After pointing out the issues, they wrote off the appetizers and charged us for the correct wine, and aside from those slip ups, the service throughout the night was very nice. 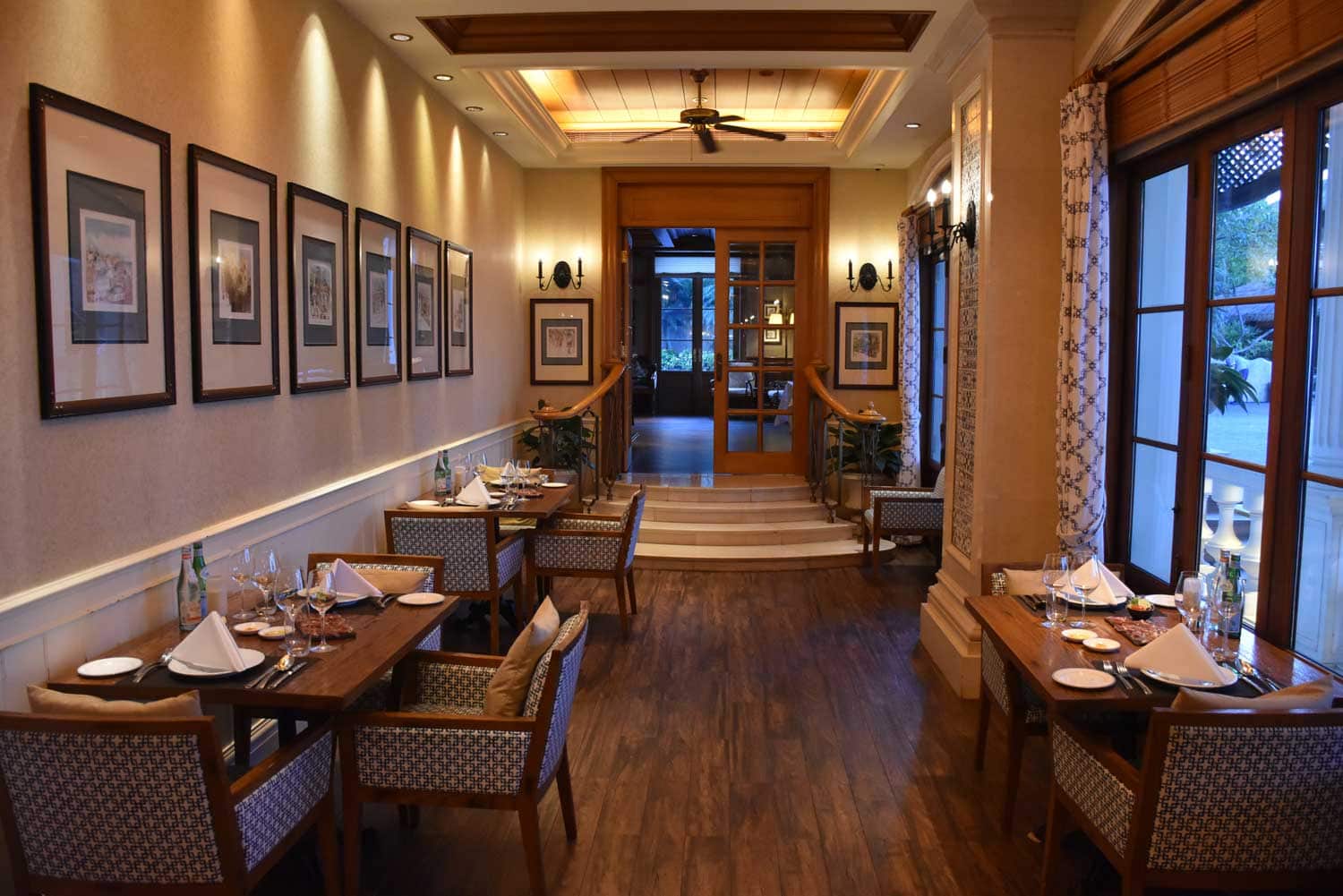 The space at Vic’s Restaurant also deserves a word of mention, since it’s one of the most comfortable and spacious venues in town. Decked out in smart wood furnishings, a ton of natural light busts in through the beautiful French windows, while Fado and other traditional Portuguese music plays in the background. 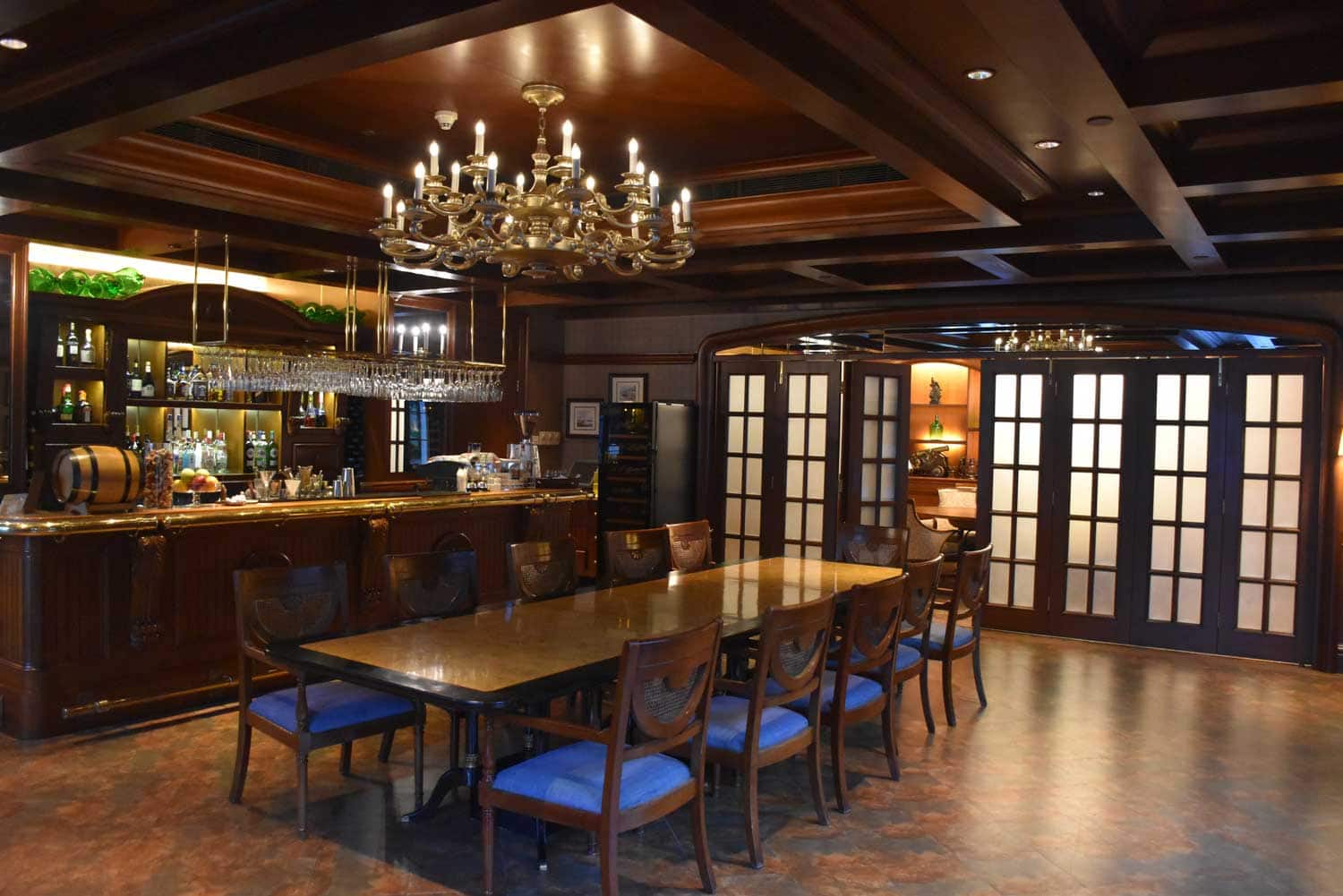 For some after meal drinks, there’s a neat little bar section attached on the side, while those who prefer to eat outside can do so too, with tables very close to the water and some killer views of Macau’s longest bridge. 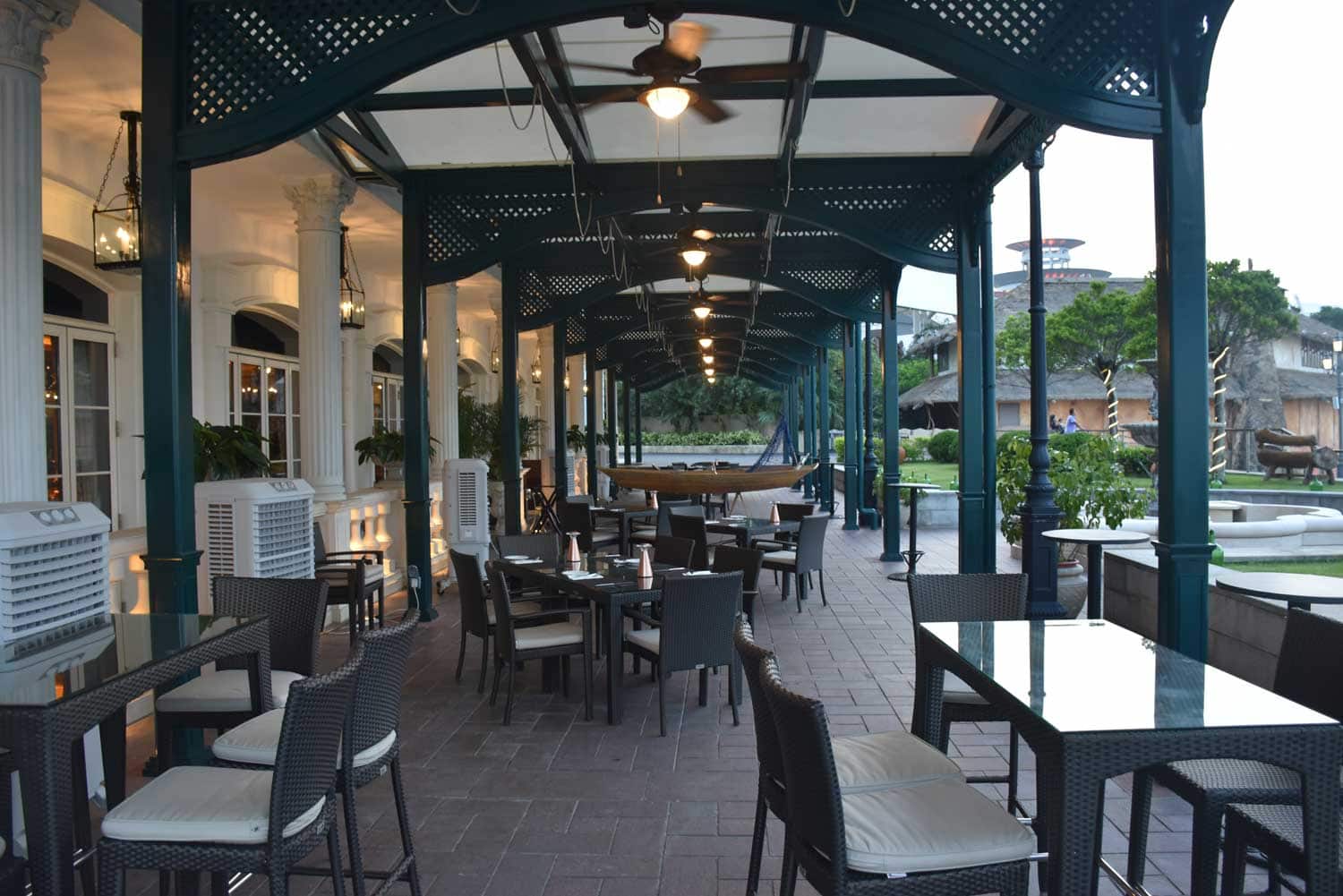 For years I’d assumed that nothing of real value could come from the Rocks Hotel, but Vic’s Restaurant has made me a believer. We can only hope that Corona doesn’t crush it and the talented Martinho Moniz returns to Macau as soon as he’s able to, otherwise the restaurant is ripe to go downhill fast.  On the whole, it might be the most authentic Portuguese joint in Macau, and besides a slightly inconvenient location by the Macau Ferry Terminal, it’s got everything in the world going for it.

It’s Iberia in Asia, a slice of beauty in a strange land.