Wong Kun Sio Kung is a typical local Macau restaurant that seems to be very popular with Hong Kong celebrities – their photos are all over the front window and inside on the walls of the restaurant. 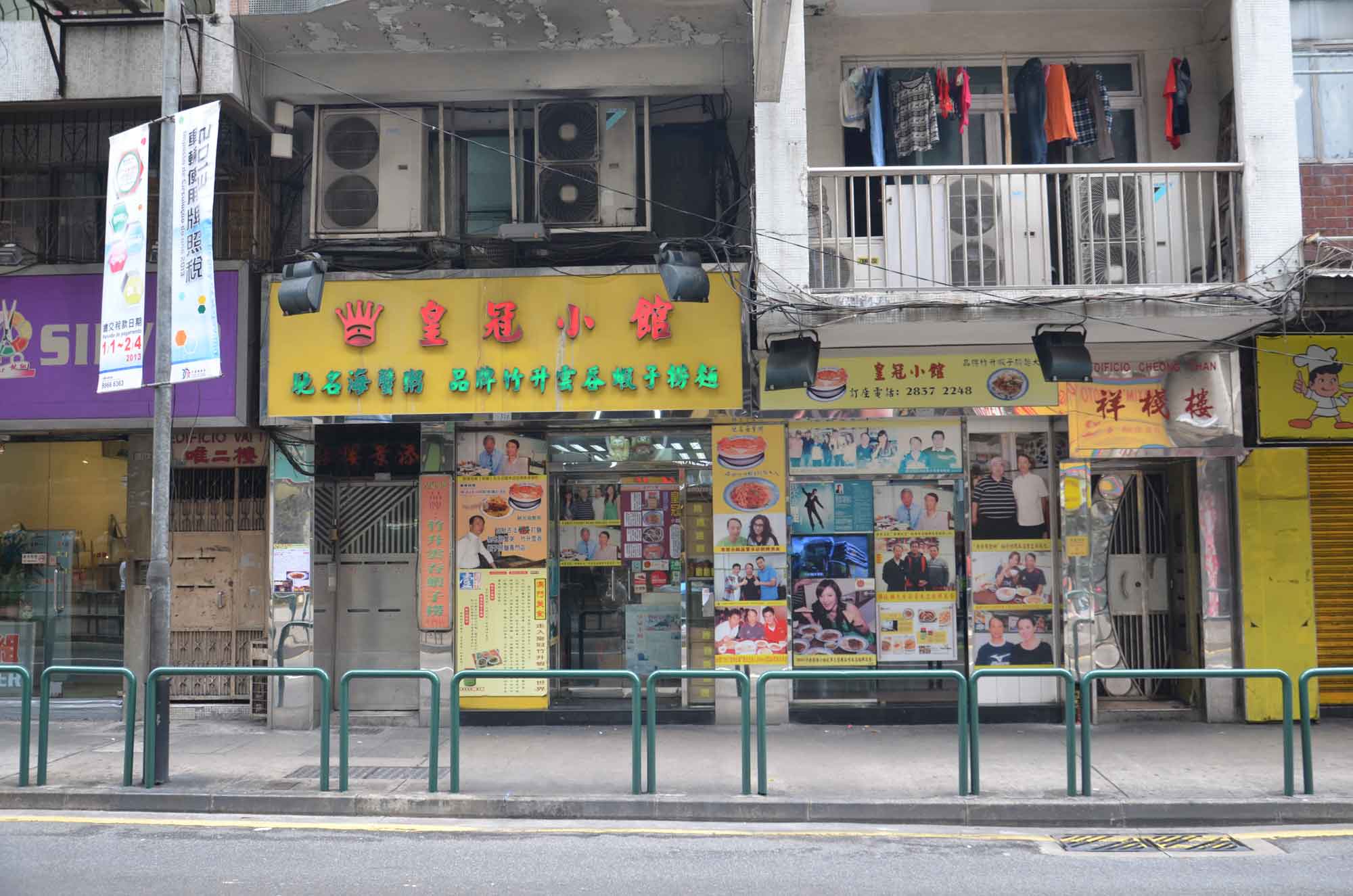 Not that I knew who any of them were, but some of them are supposed to be quite famous. 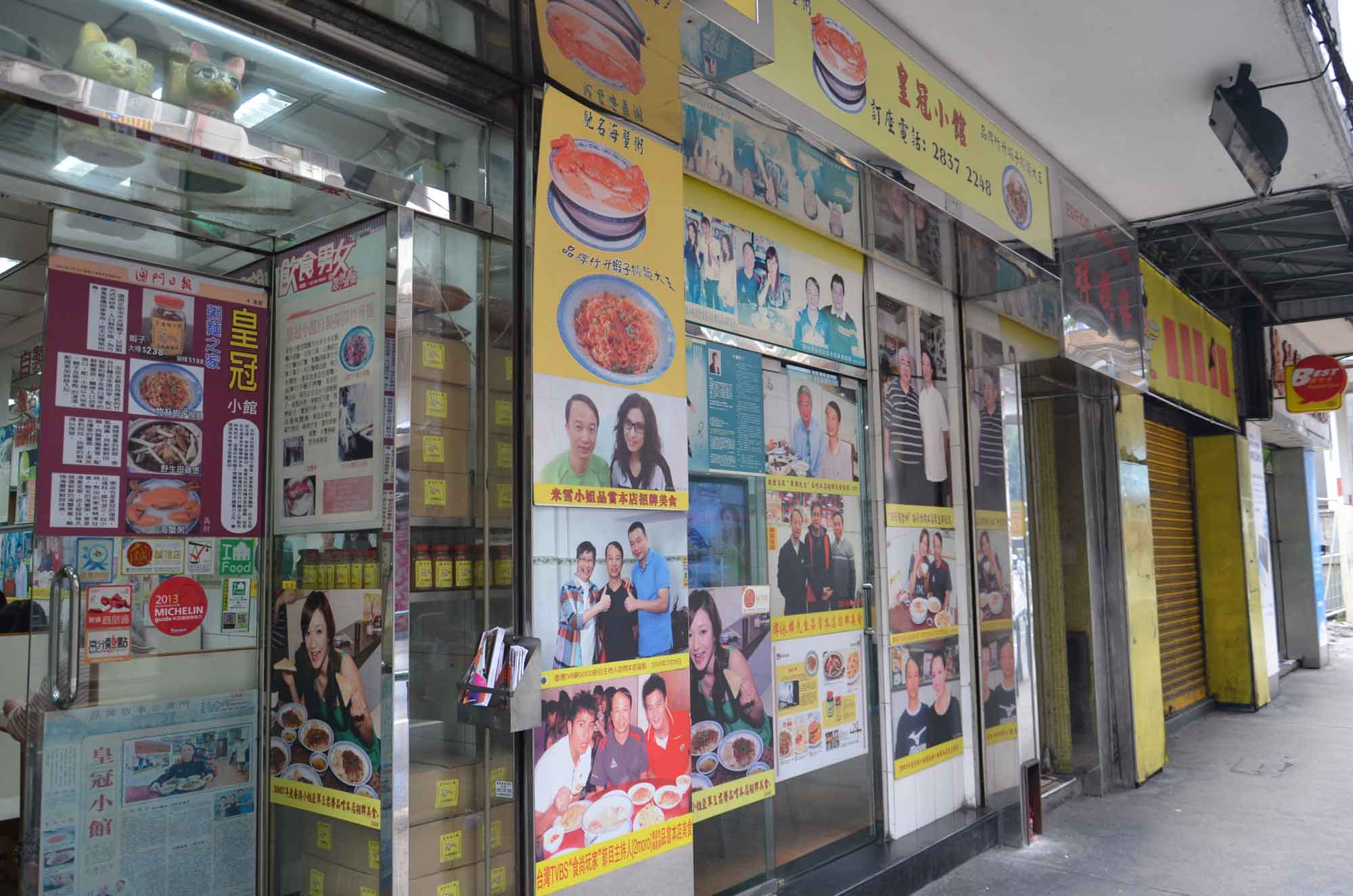 My web designer Jane Law and I were there during peak lunch hour and the place was packed with people.  It also got exceptionally loud at one point, and this was the first time I’d ever been in a Macau restaurant that felt like it belonged on the mainland. 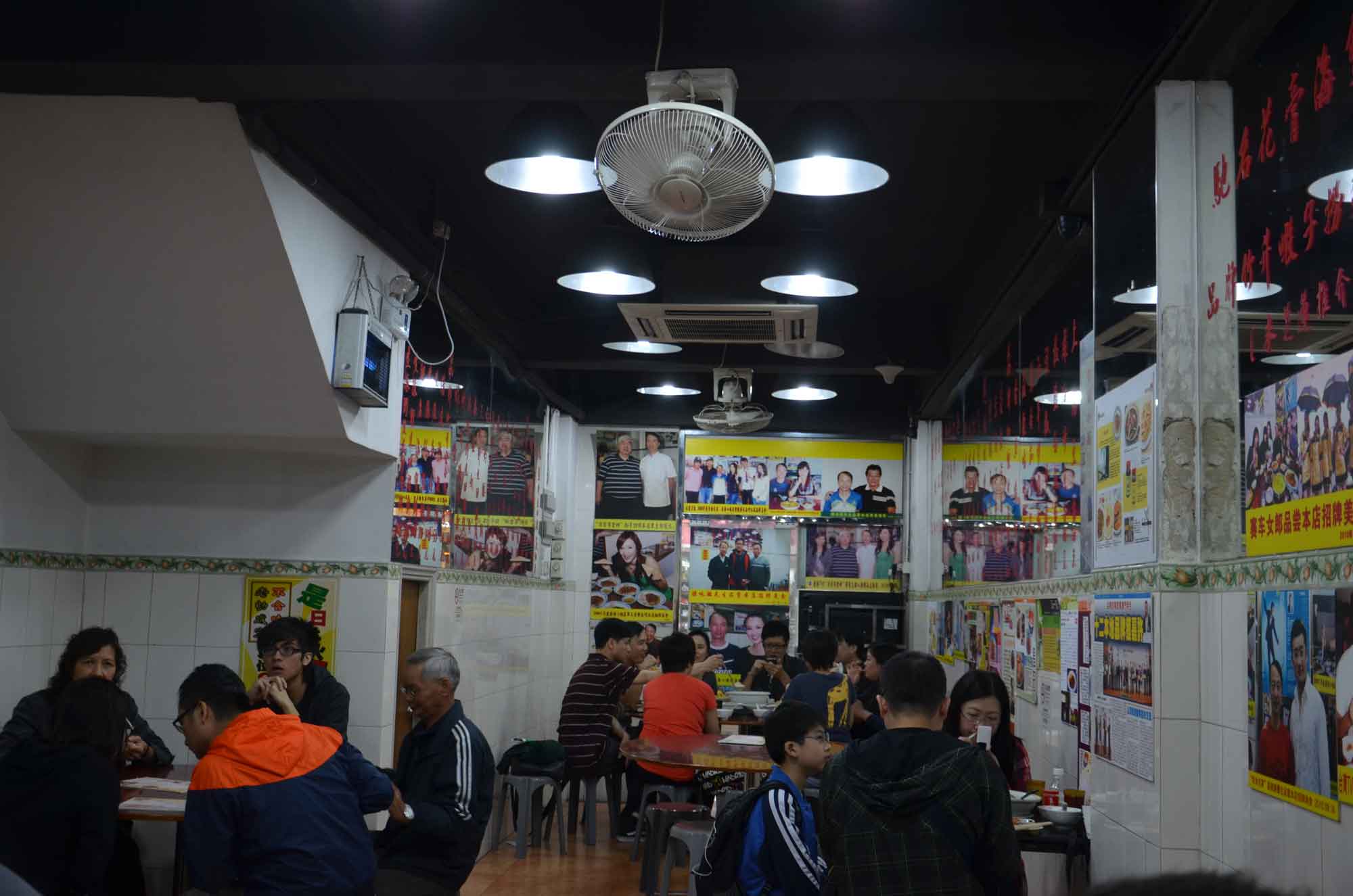 Wong Kun Sio Kung’s decor also reminded me of smaller restaurants in southern China.  The tables are small and crammed pretty close to each other, while the chairs are cheap plastic things that aren’t comfortable to sit on.  In fact, mine almost broke before a waitress saw it and replaced it with a sturdier one.

So while Wong Kun Sio Kung doesn’t offer much in the way of decor or ambience, it makes up for it with some very good Cantonese food.  Keep in mind that the menu also has some Western choices on it, like spaghetti and sandwiches. My first dish was Shui Jiao and Won Ton, and I absolutely loved it – it was the best Won Ton I’ve ever had, bar none.

My other dish was Pork Fried Noodles (in English) that disappointingly came with pork intestines or liver or some other thing that definitely wasn’t meat.  After I complained to the manager that I expected the dish to be pork meat she took it back and changed it.  That’s something that I don’t think a lot of restaurants would have done and I commend them for that.

In fact, the service throughout from everyone there was quick, attentive and very good.  I thought so much of the friendly manager that I asked her to take a picture with me at the end. 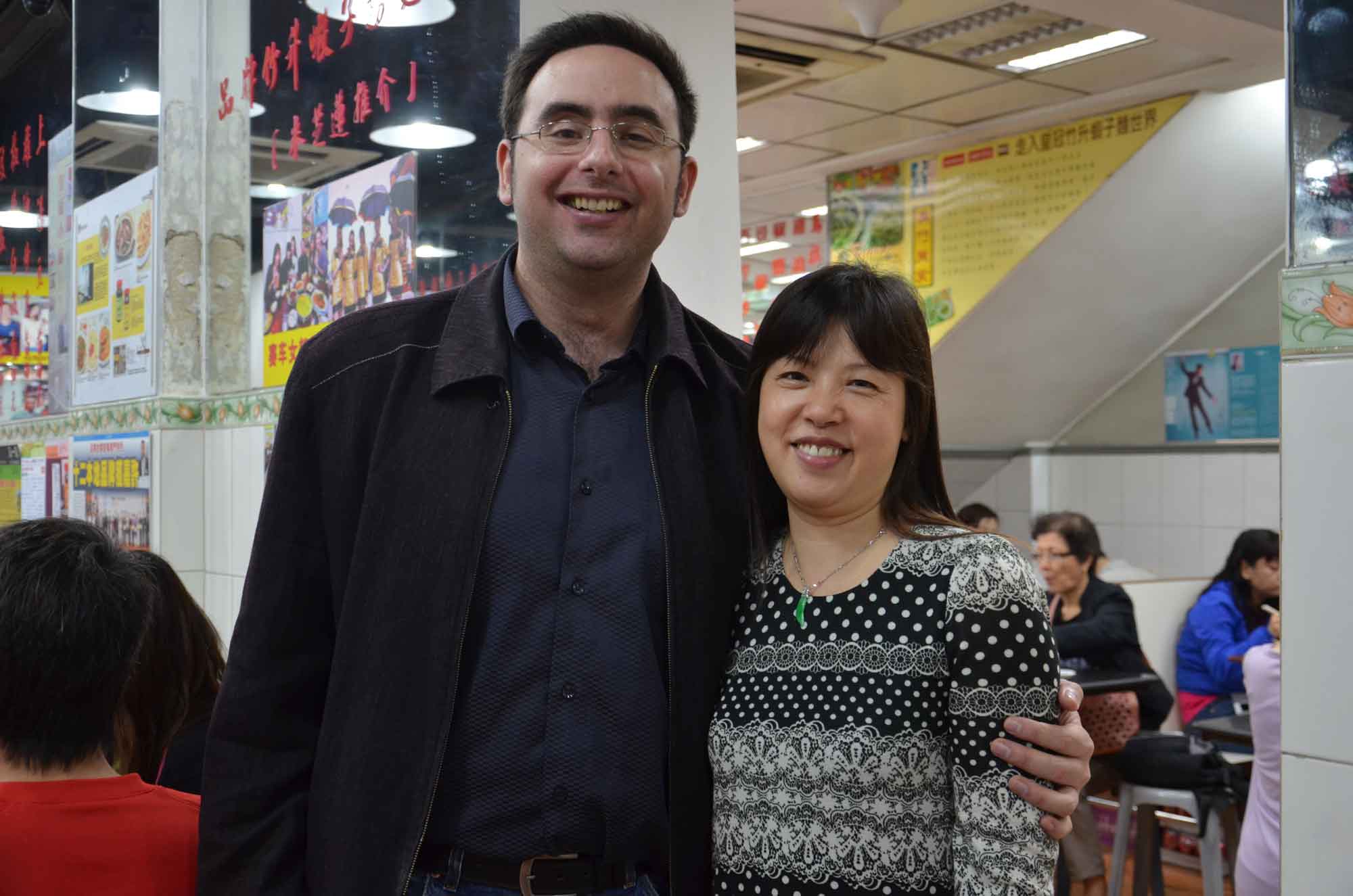 Jane liked her dishes just as much as I liked mine.  She ordered their specialty dish – Crown’s special shrimp roe lo mein to start and then Ni meng fish, a type of fried dish, to finish.

She recommends adding just a little tea to the shrimp dish, with one spoonful being enough.  The ni meng fish was also very good, served with a sauce that accompanied it beautifully (sorry, no photo).

Prices at Wong Kun Sio Kung are higher than expected, given the disappointing restaurant setting.  Their specialty dishes and appetizers are mostly $50 to $100, with rice and noodles $31 to $51.  While most congee is $32, the top selections are $108 plus.  I think to have a good meal at Wong Kun Sio Kung you need to order two dishes at least, meaning it’ll cost $100 to $120 per person.  For Jane and I, our bill came to $313 in total, and we left very full and satisfied.

The food is probably 4.5 star quality, but the rest of the restaurant, namely the decor and ambience, just don’t measure up.  It’s still worth a try though.