As ocean of opulence, I want to die at the Ritz.

I stayed there for two nights after the Lusofonia Festival and another two nights in December, as a way to celebrate Christmas.  By far the best hotel in Macau – no one else currently comes close – the Ritz has been ranked number 1 on Trip Advisor since it first opened in May 2015.  The Conrad usually trails in second place, and I can tell you from personal experience that there really is no comparison between the two.  Whenever I’ve stayed at the Conrad, it’s felt like just another hotel.   When I’m at the Ritz though, it feels like I’m in another world. 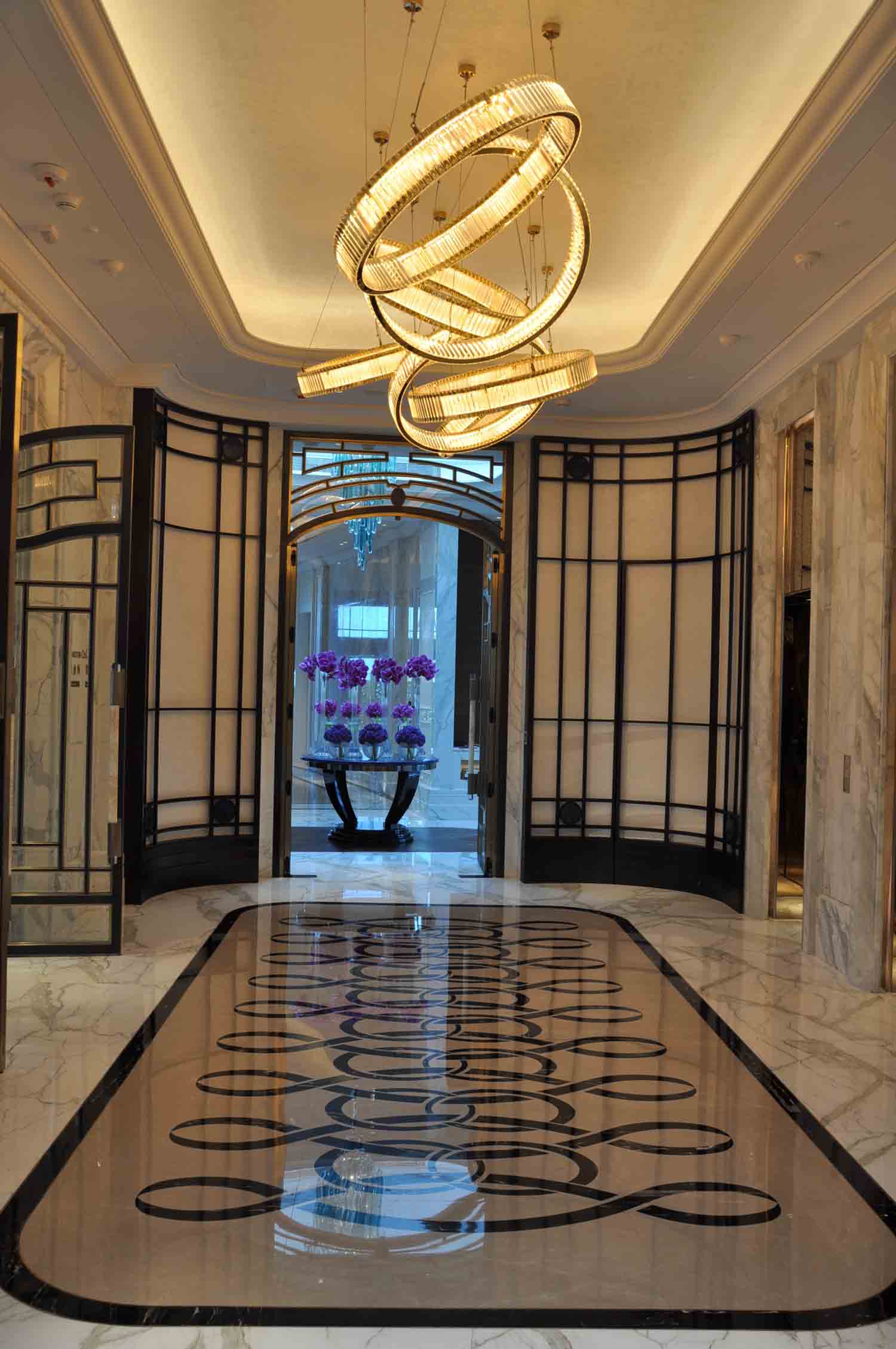 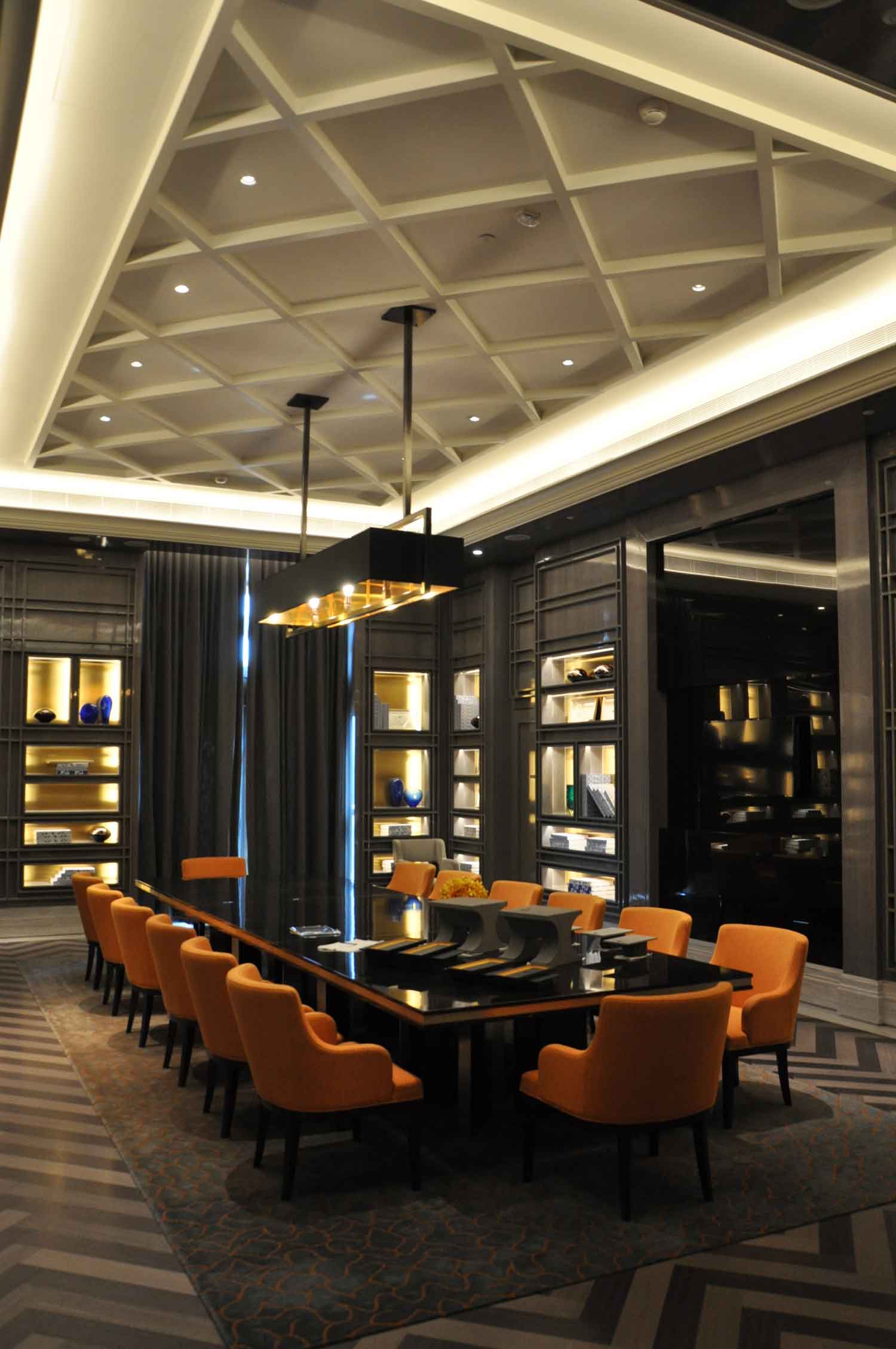 Two words perfectly sum up the Ritz experience: service and splendor.  It all starts at check in, when guests are taken to a beautiful lounge room on the 51st floor and served champagne.  No one has to stand in line or wait or do so much as lift a finger – they lift a glass instead and drink to life. 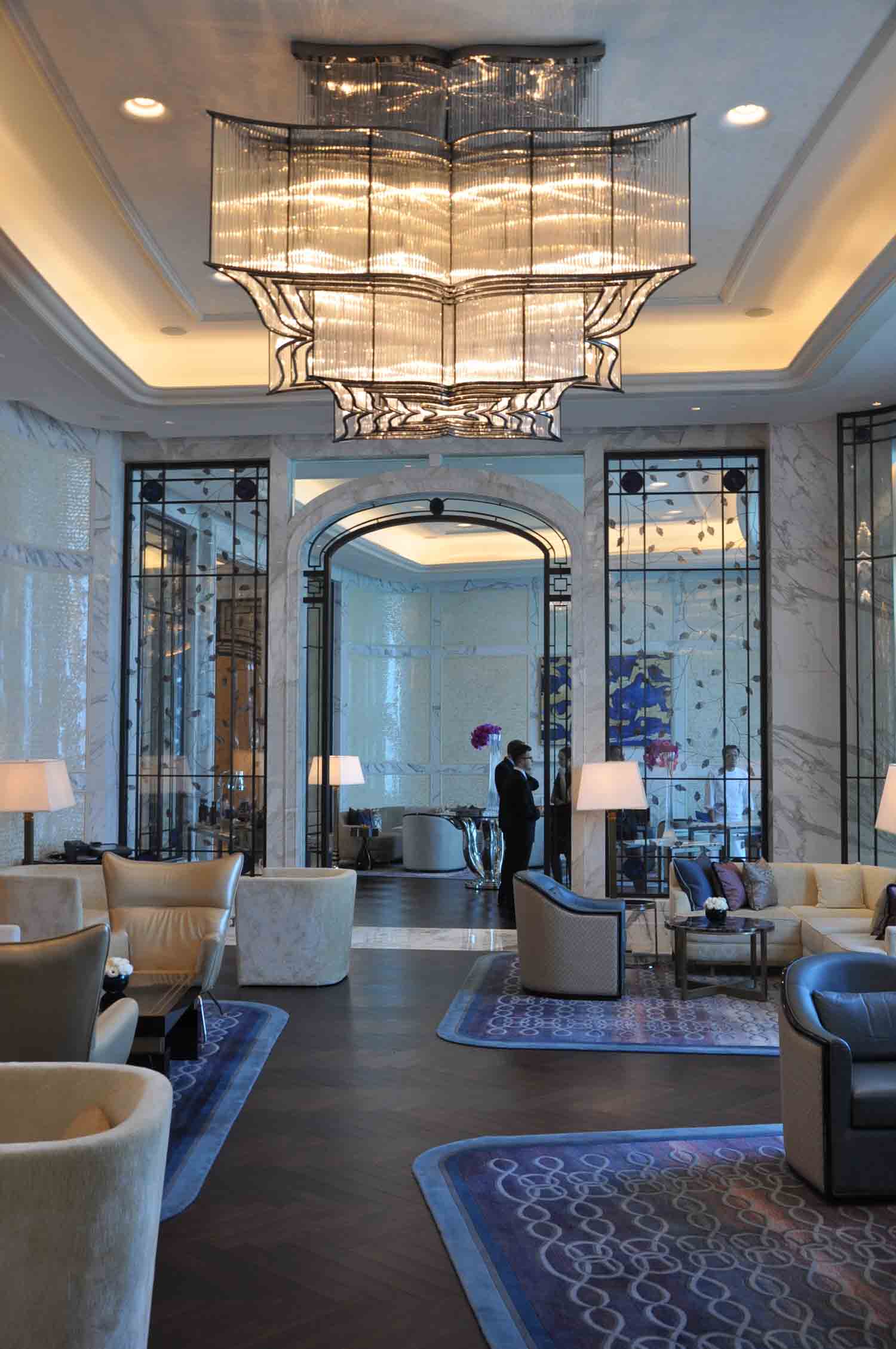 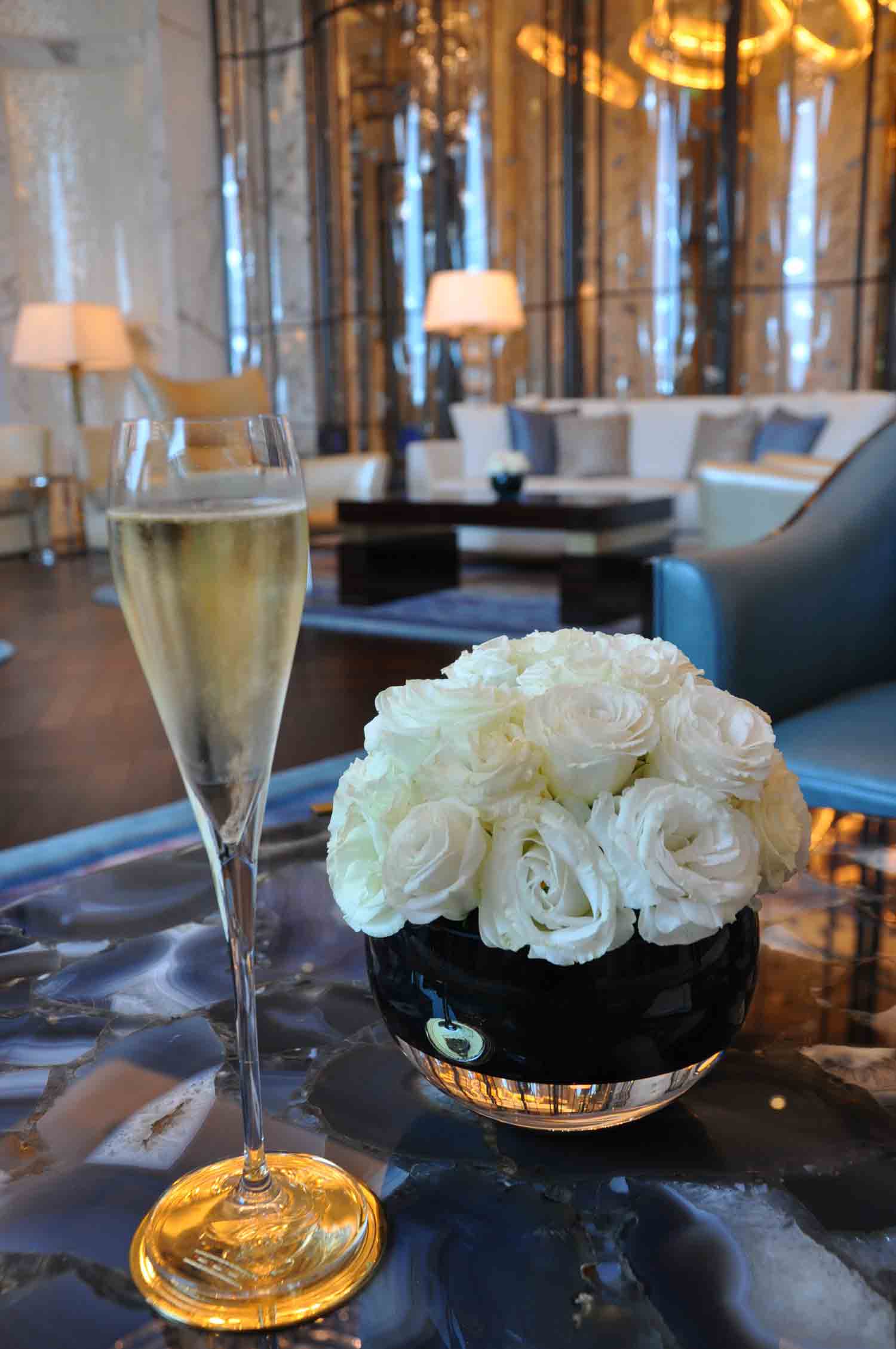 All of the rooms at the Ritz are suites that are simply remarkable.  It’s already led to something I’ve come to term the “Ritz Effect”.  That means any other hotel you go to in the future will inevitably disappoint because it’s nothing like the Ritz. 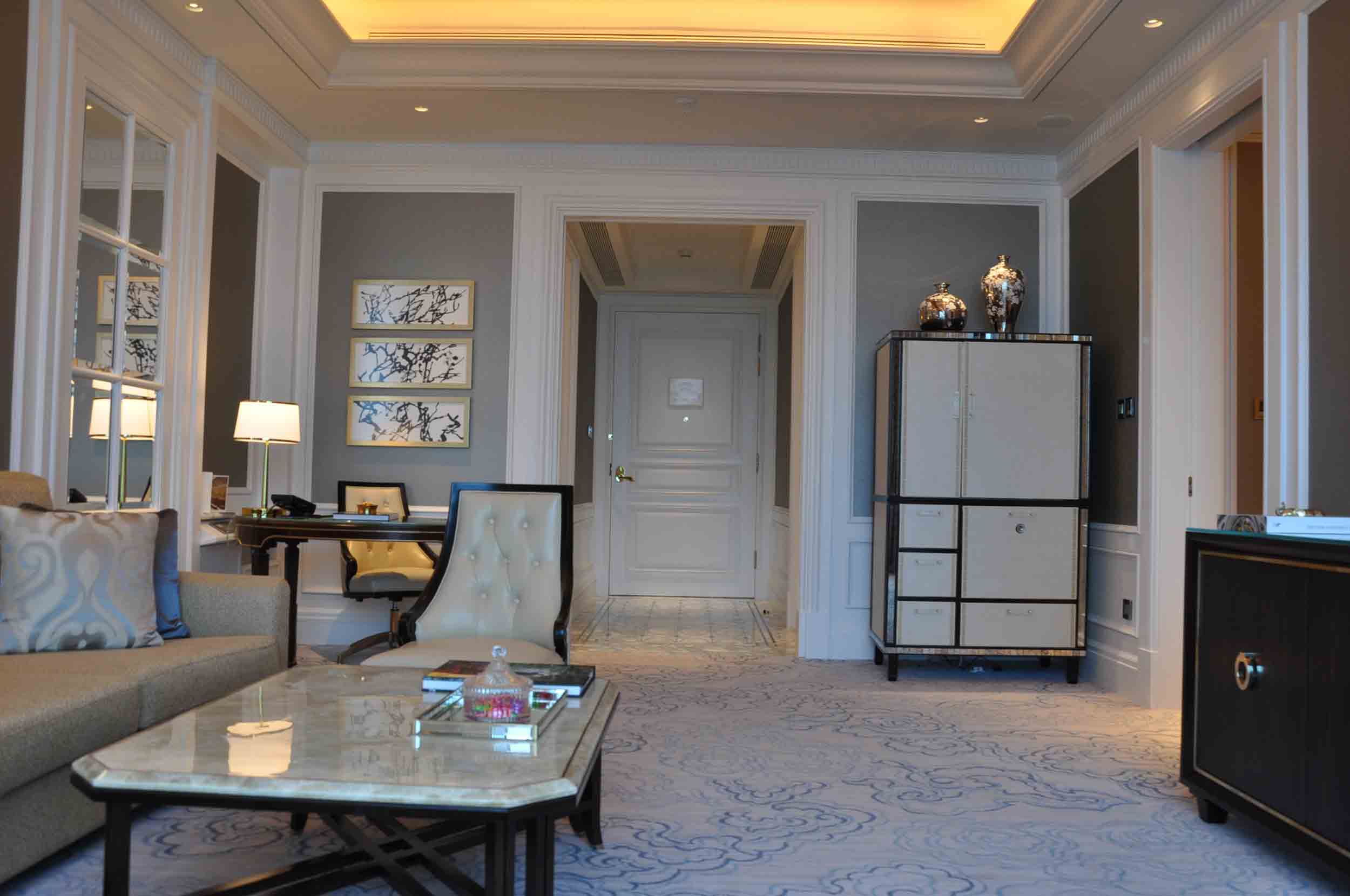 Once you’ve stayed in a room like this, you won’t ever want to stay anywhere else, ever again. 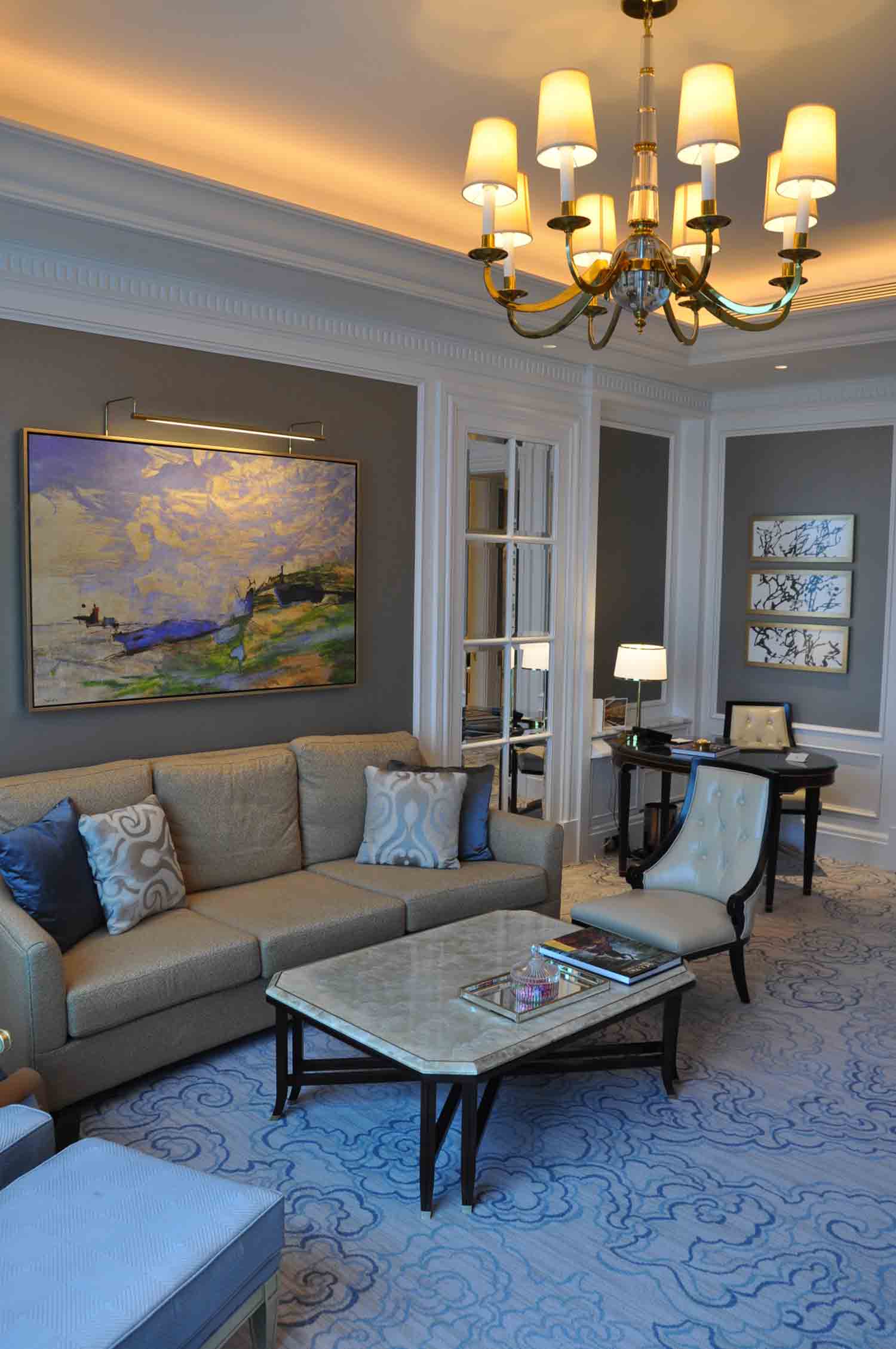 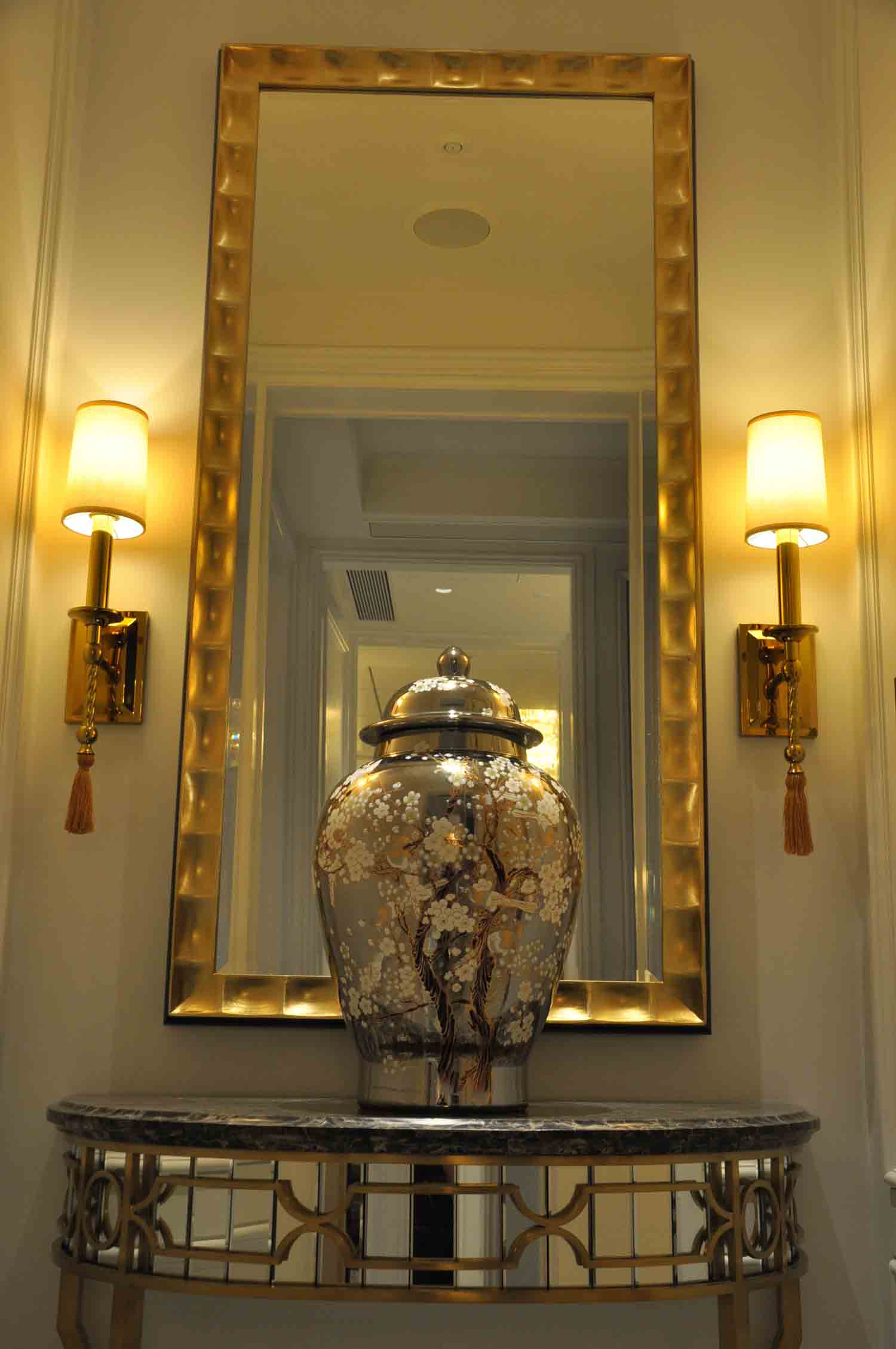 Numerous times during my stay I thought that five guys in white uniforms were going to bust through the door and tell me that I was in the wrong hotel and didn’t belong there.  And they wouldn’t have been wrong! 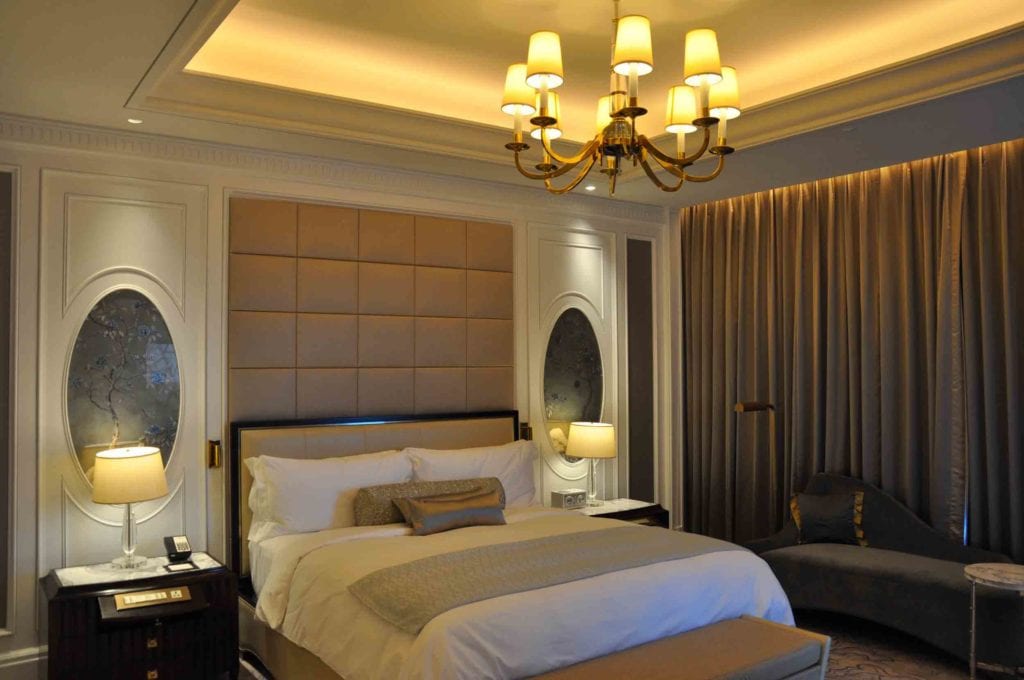 If there is one criticism of the room, it’s that there weren’t many free goodies provided in the mini bar.  Everything had to be paid for and the only gift on the house was free chocolate that was delivered by the friendly turn down staff each night.

But with a bathroom like that, do such trivialities even matter?? 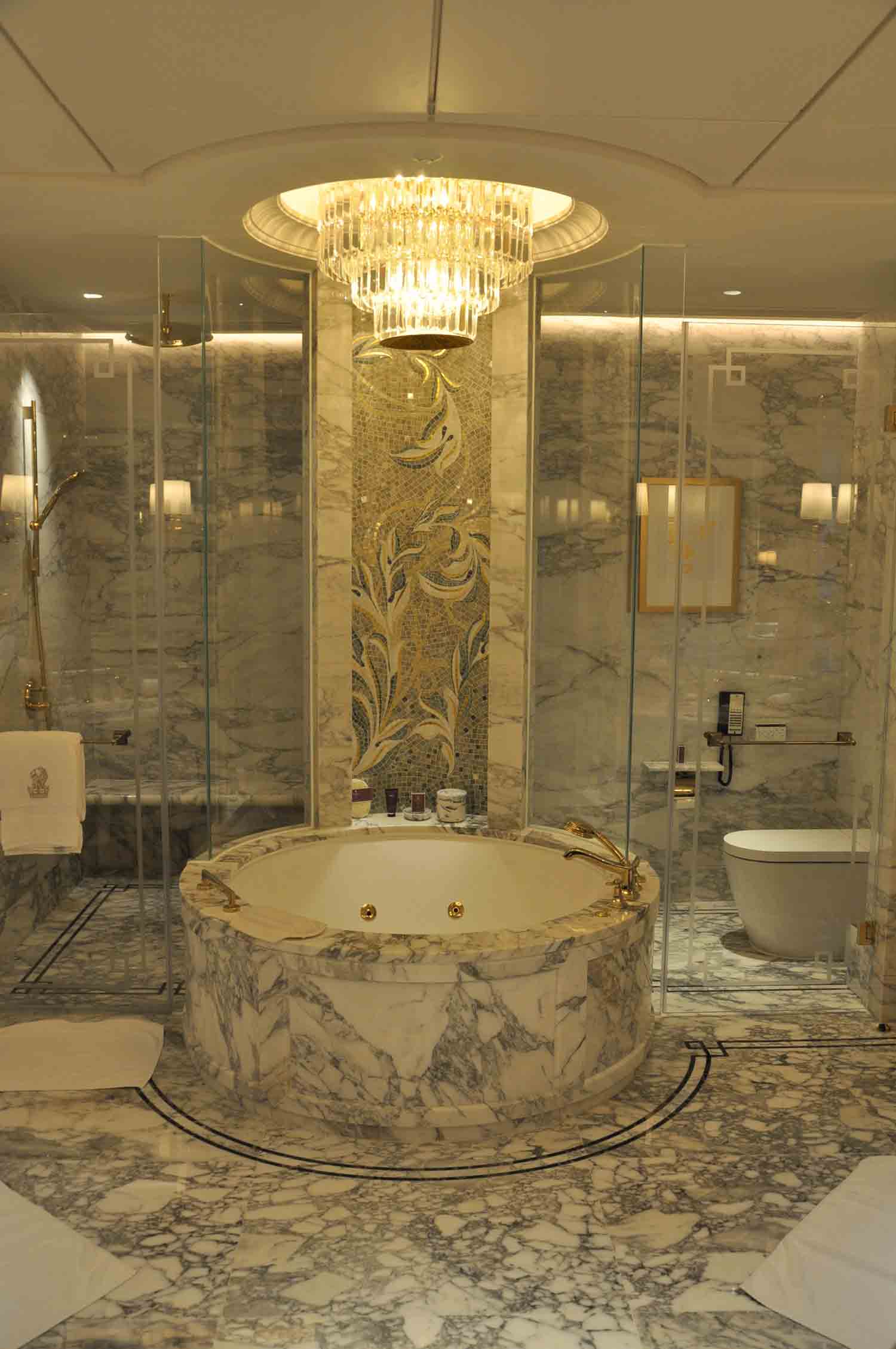 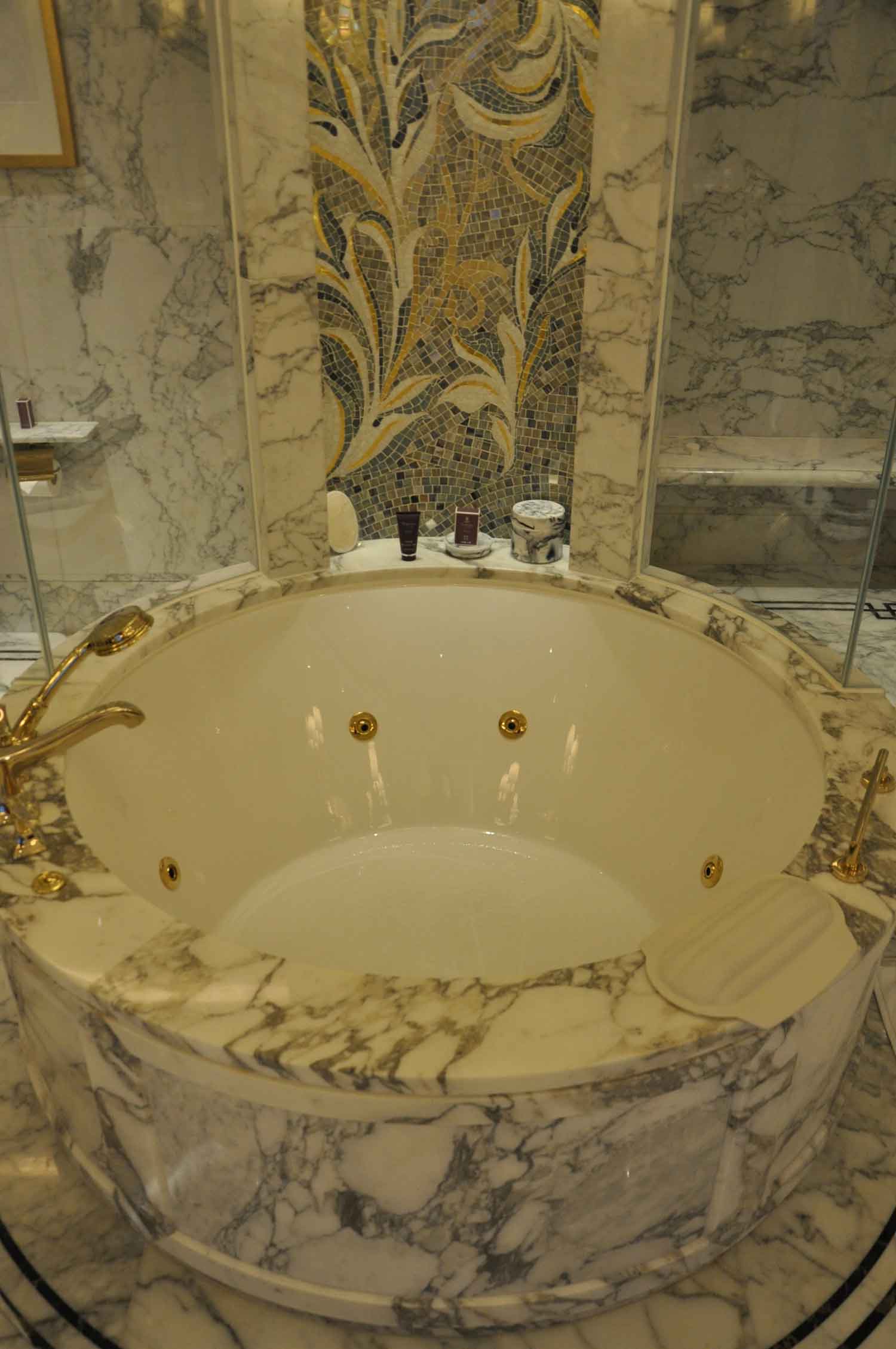