I’d been to Macau over twenty times between 2009 and 2011 with all of those visits either gambling or work related.  By March 2012 I’d had enough and wanted to see the other side of the city.  So I took my best friend and photographer Mu Yi with me to chronicle our 3 day visit, a whirlwind tour whipping through Macau’s cultural, dining, and historical highlights.  We deliberately avoided the most obvious tourist traps so if you want to know about St Paul’s or see pictures of Senado Square for the hundredth time, then look elsewhere.  We wanted to keep a little off the beaten track.

We arrived in Macau at about 7:30 pm and went straight to our first order of business, getting to MGM as fast as we could for the excellent dinner buffet at Rossio.  Unable to find the MGM shuttlebus from the Border Gate we took one to Starworld instead.  And even though Mu Yi was dying of hunger, I couldn’t resist sneaking a peak at Starworld’s lobby first, to see what kind of tall gorgeous women were on display that day. 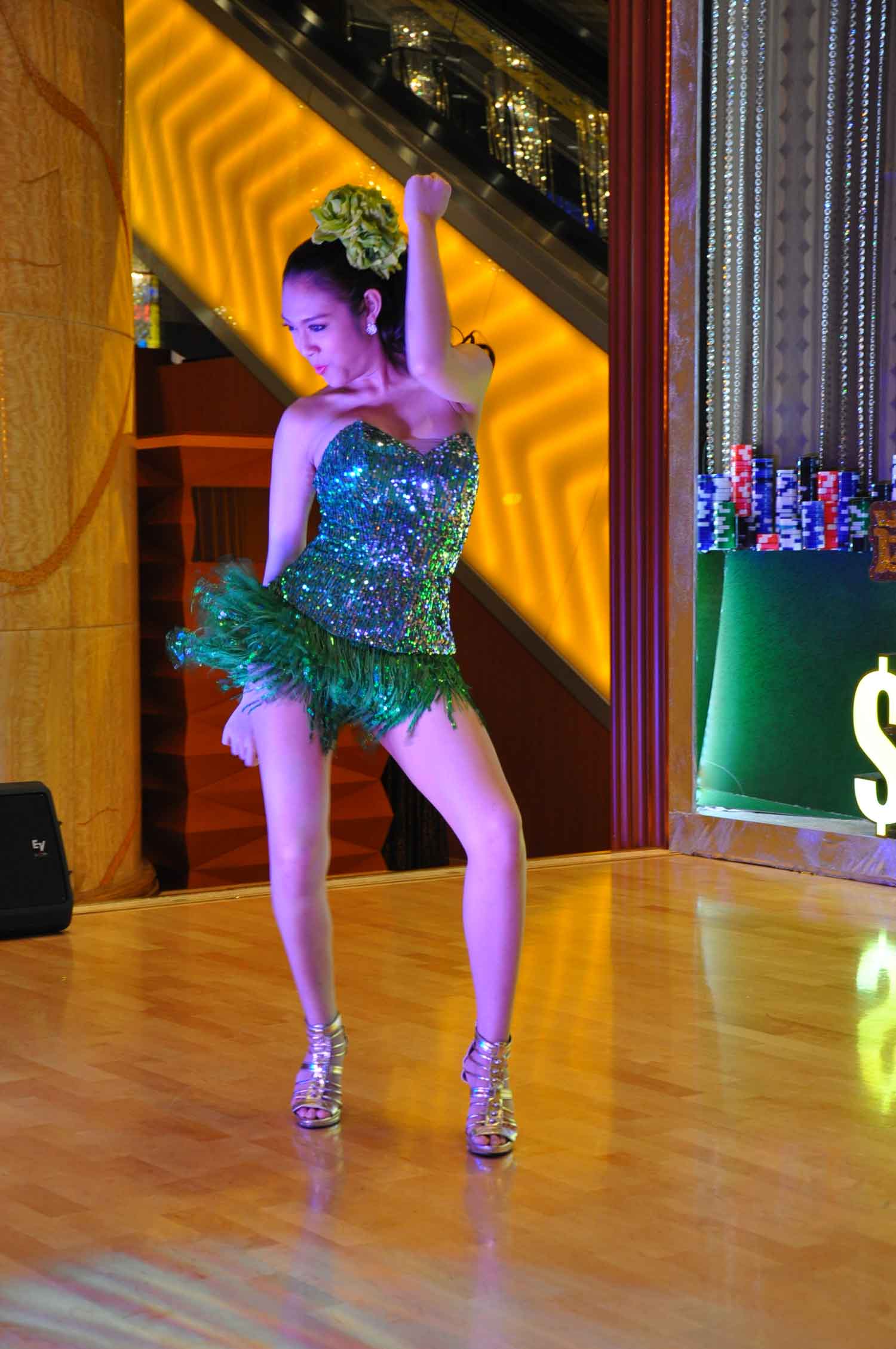 To my disappointment, I only saw one or two of them standing around, but the beauties on stage more than made up for that. 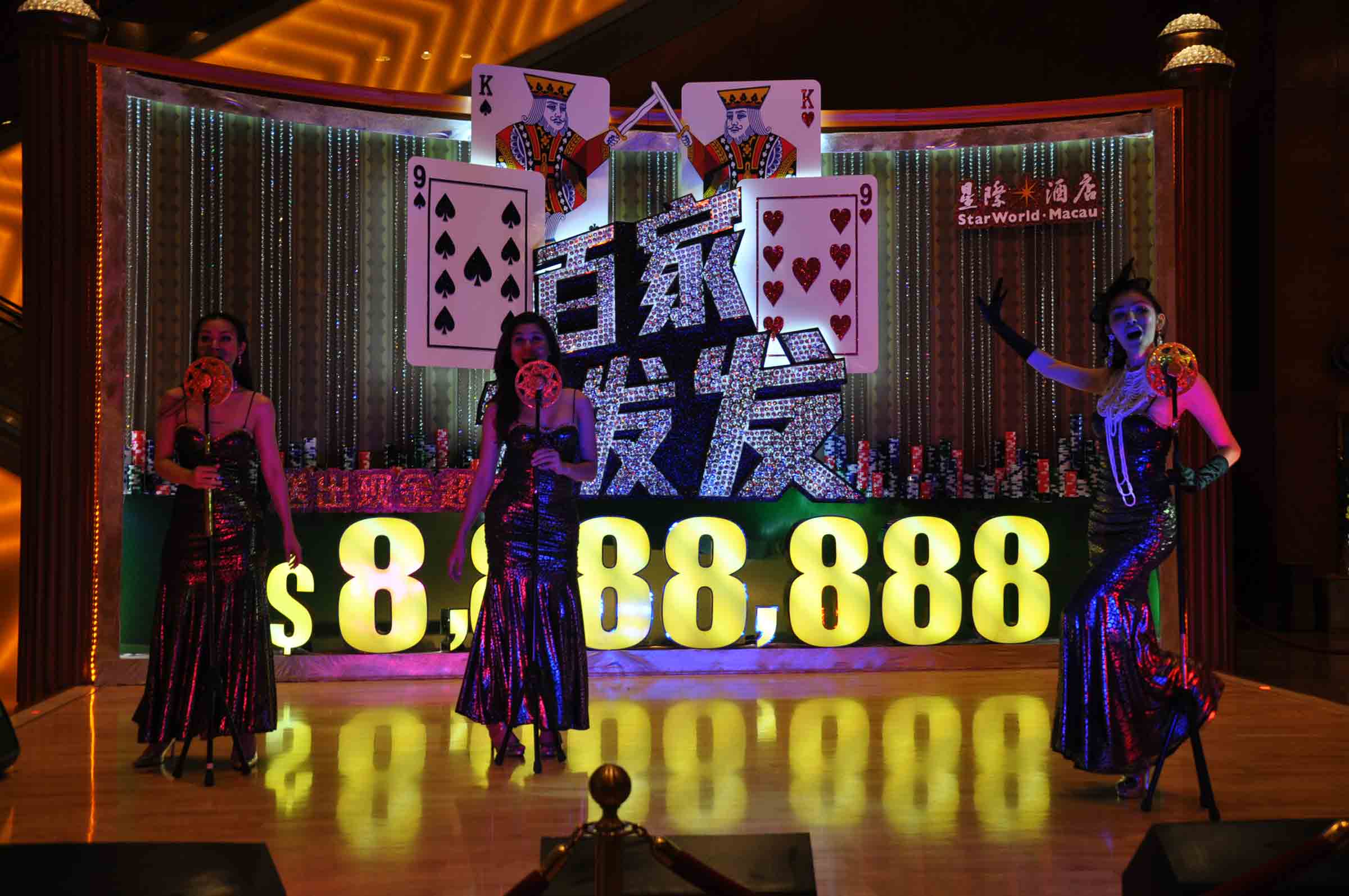 We hung around long enough to catch three or four acts and for Mu Yi to snap these wonderful pics. 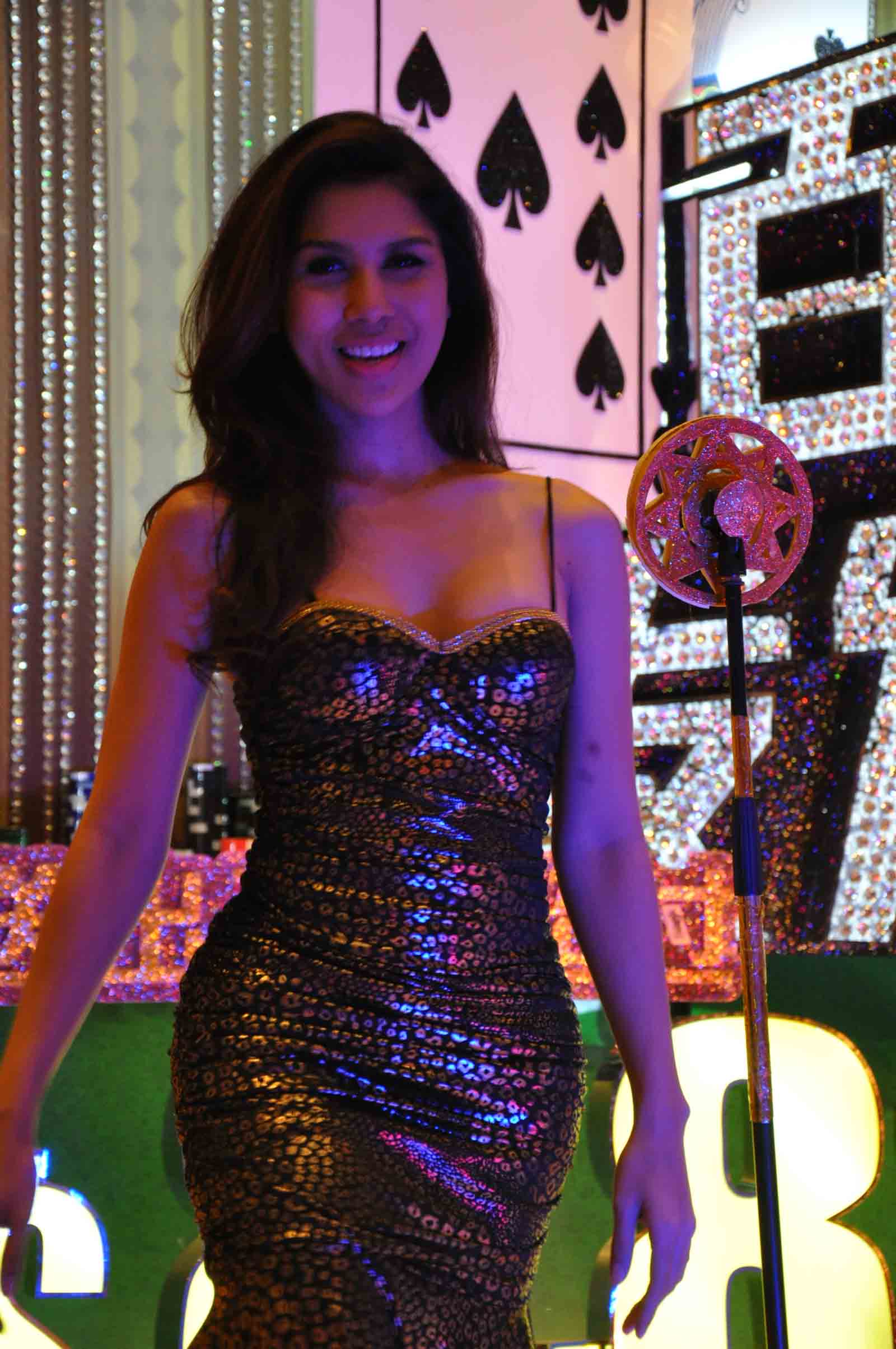 As far as free entertainment in Macau casinos go, it (somewhat sadly?) doesn’t get any better than this. 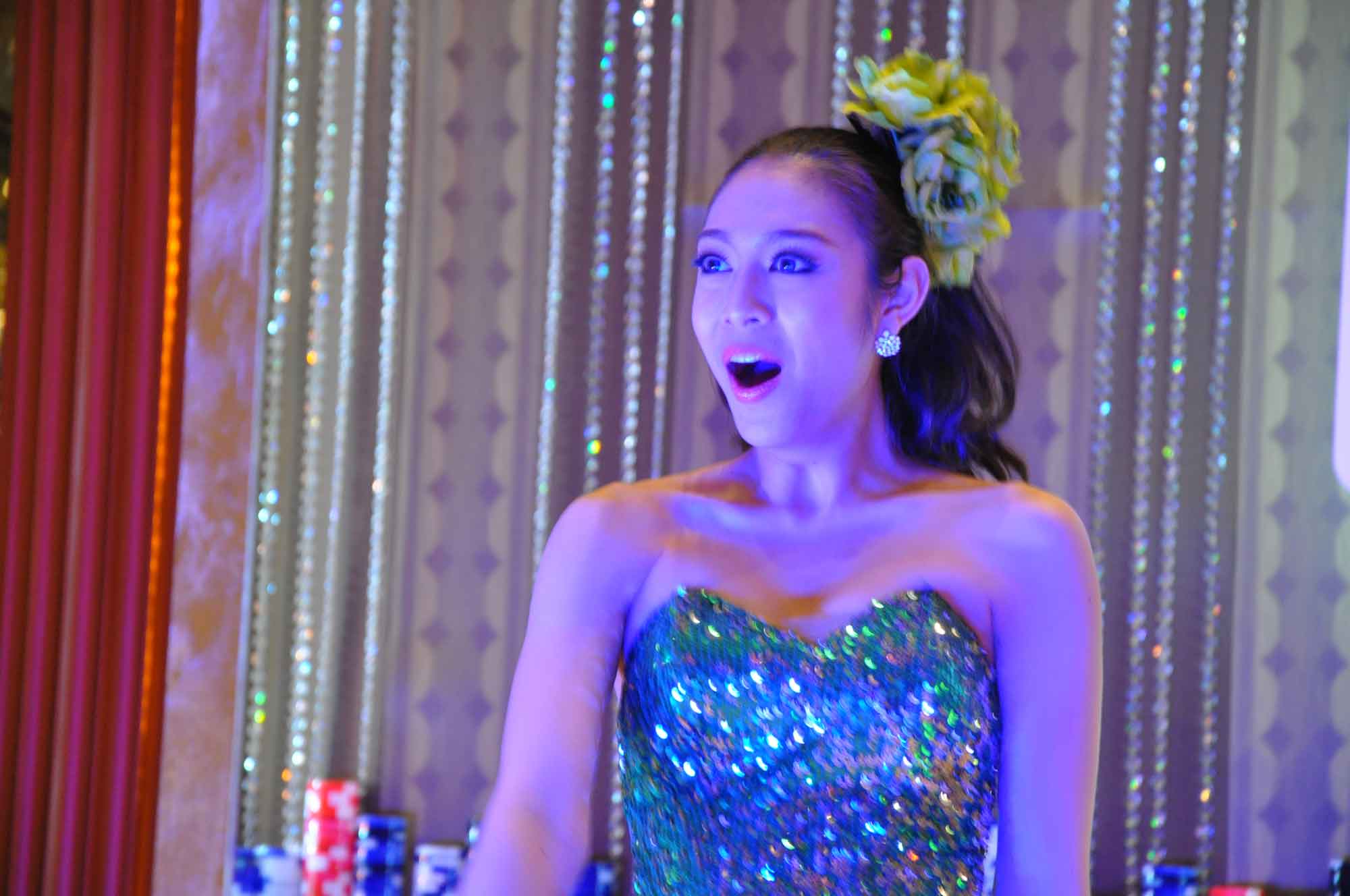 And then it was onto MGM.  If the Macau Peninsula has a finer dinner buffet than the one at Rossio, then I haven’t had it.  The seafood section is phenomenal, and there’s always a whole lot of other good world cuisine. 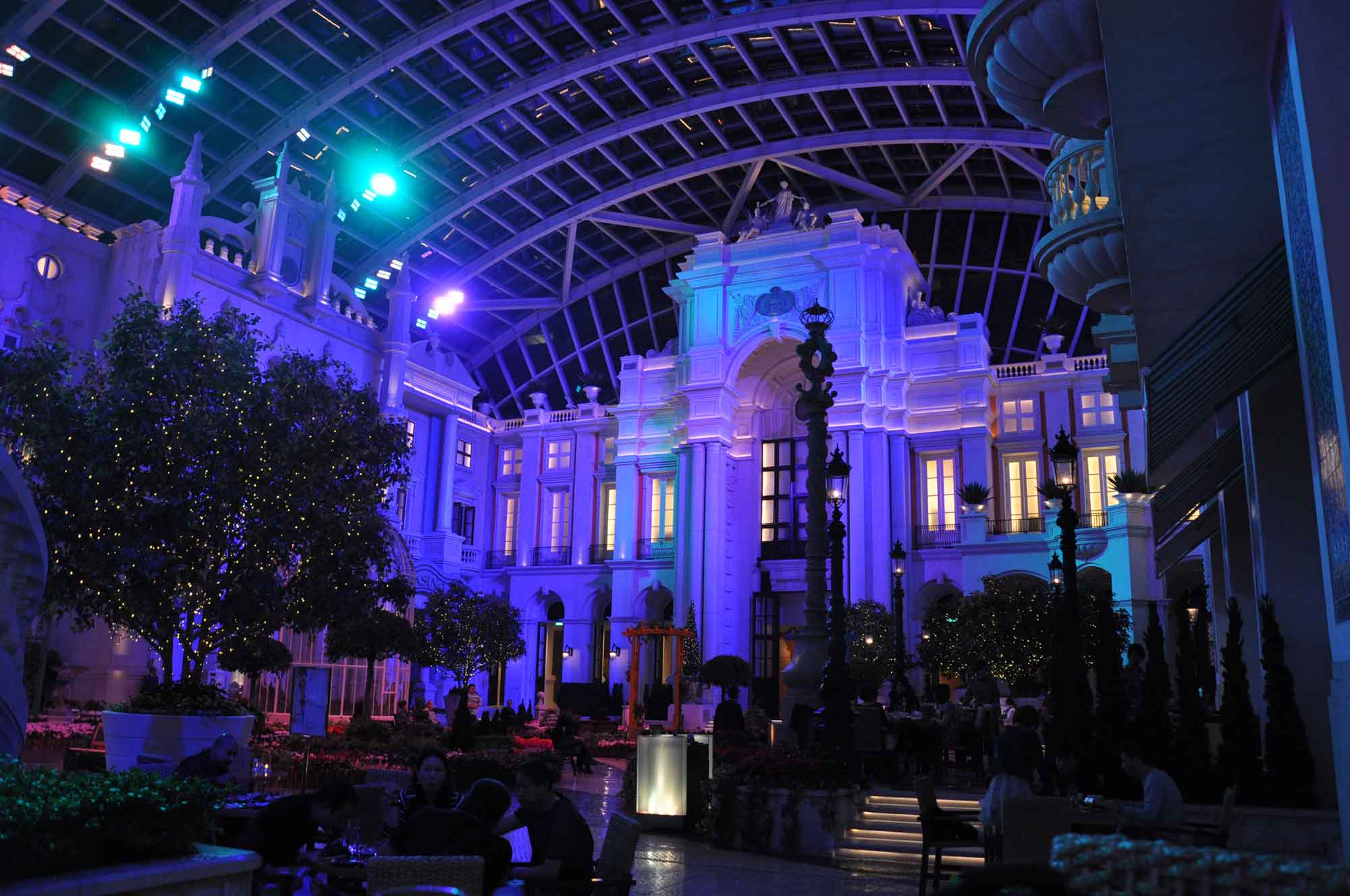 That evening they had fresh turkey which I hadn’t had for about ten years, so it was a rare treat.  Another thing I hadn’t had in awhile were tacos, and I may have gone a little overboard eating 6 of them.  By the end of the dinner I was feeling fat and disgusting, just as one should at the end of every excellent buffet. 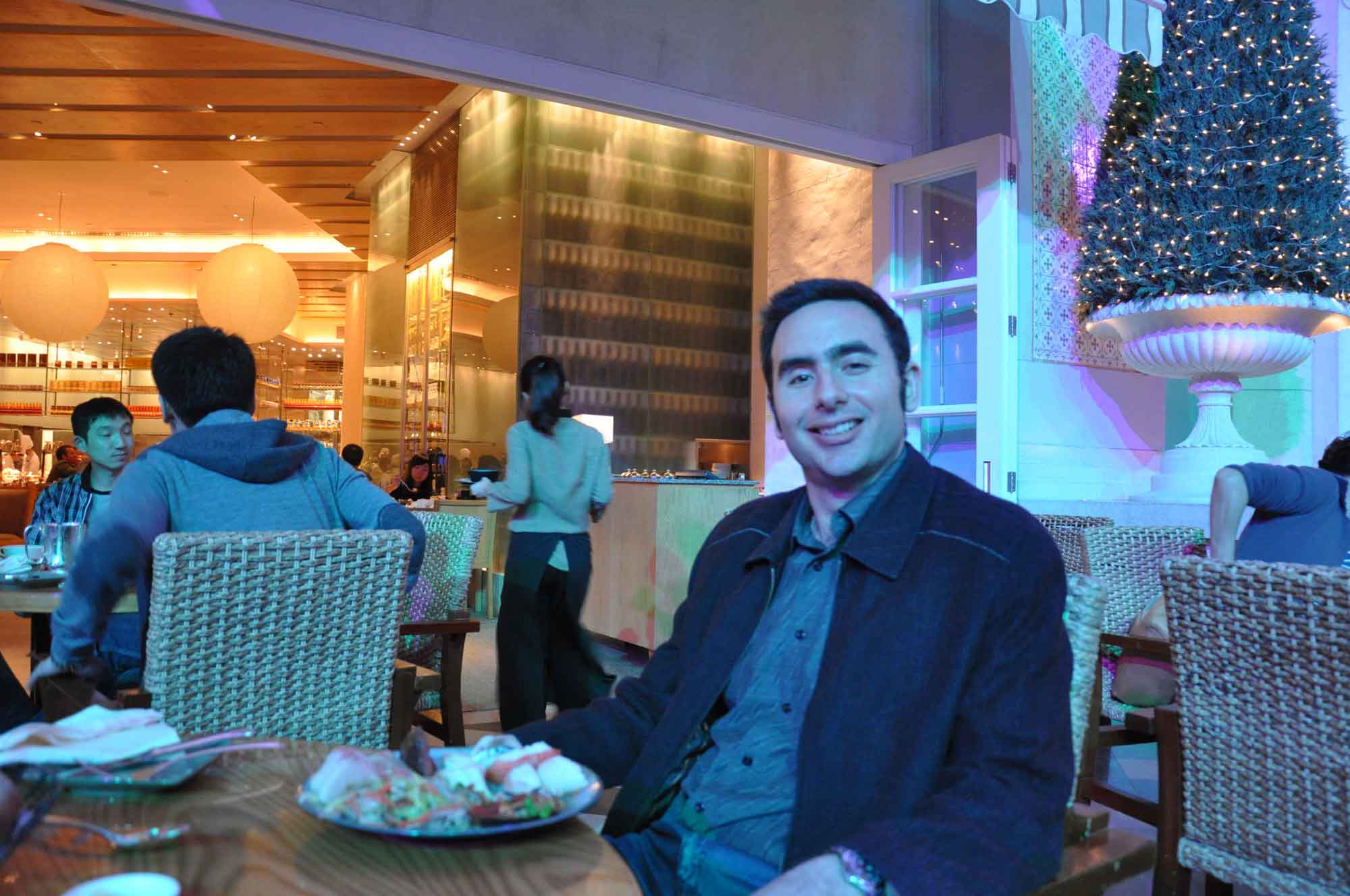 Perhaps the before and after pictures tell the whole story? 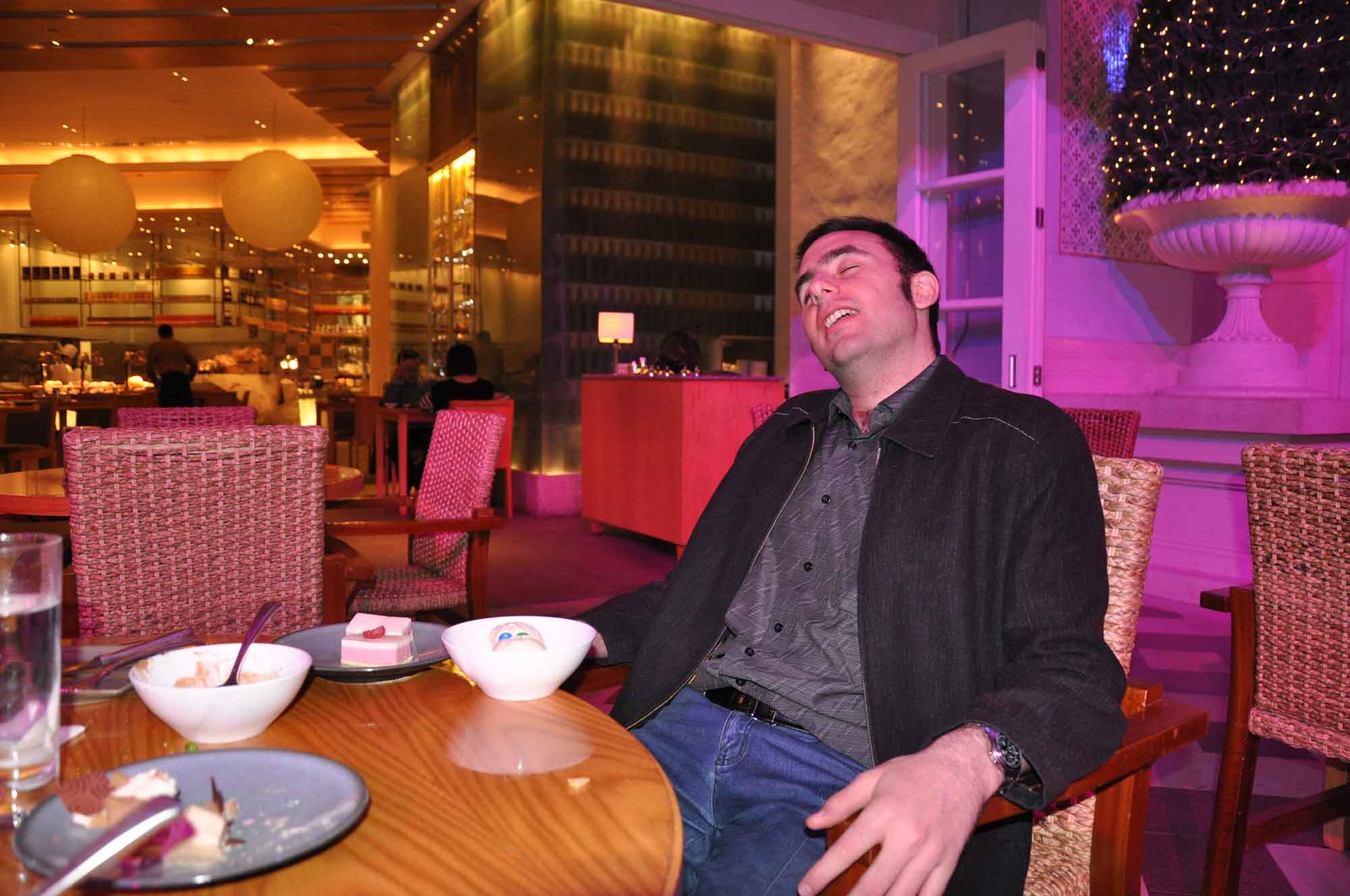 Another reason to love Rossio is that there is no time limit.  Quite a few other buffet restaurants in the city only let people dine for two hours, but Rossio lets you eat at your own pace. 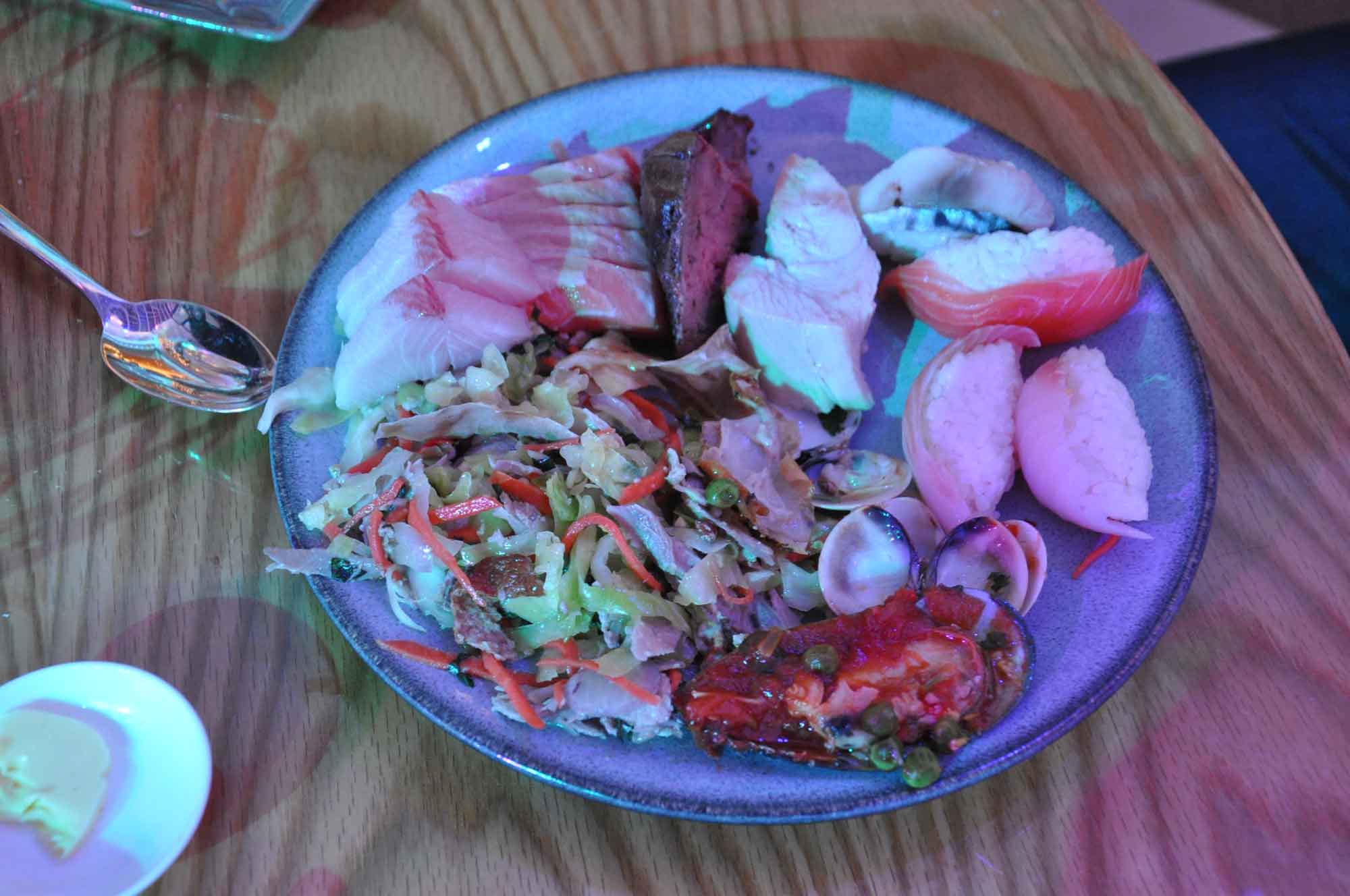 If you want to abuse the buffet for 2 hours, take a nap at your table and then get to work again, then no problem.  They don’t care. 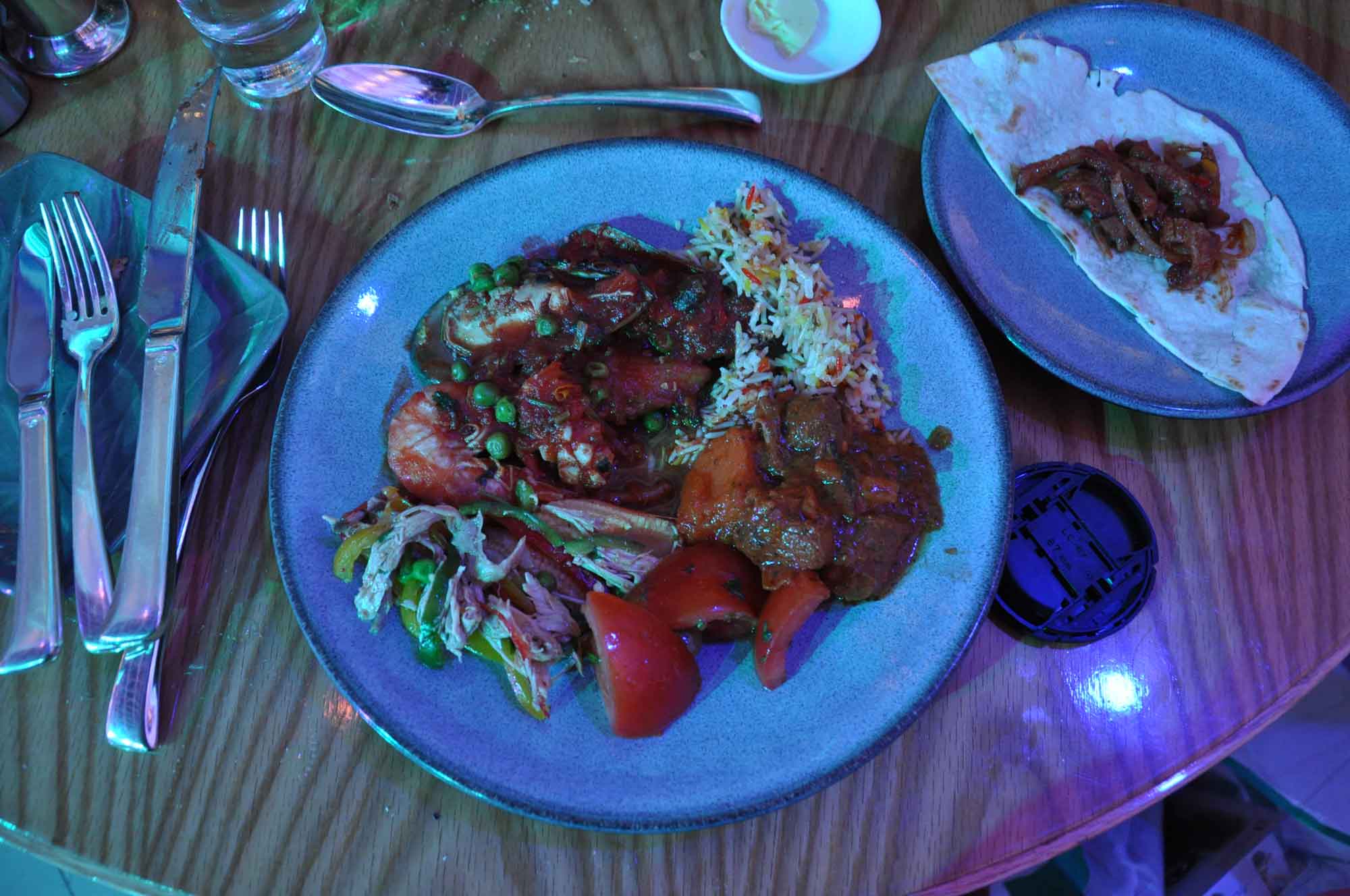 As for the quality of food, the pictures tell the story –  it was plate after plate of outstanding stuff.  Of all the restaurants we went to, Rossio was by far the best, when you factor in portion size, selection, standard and price. 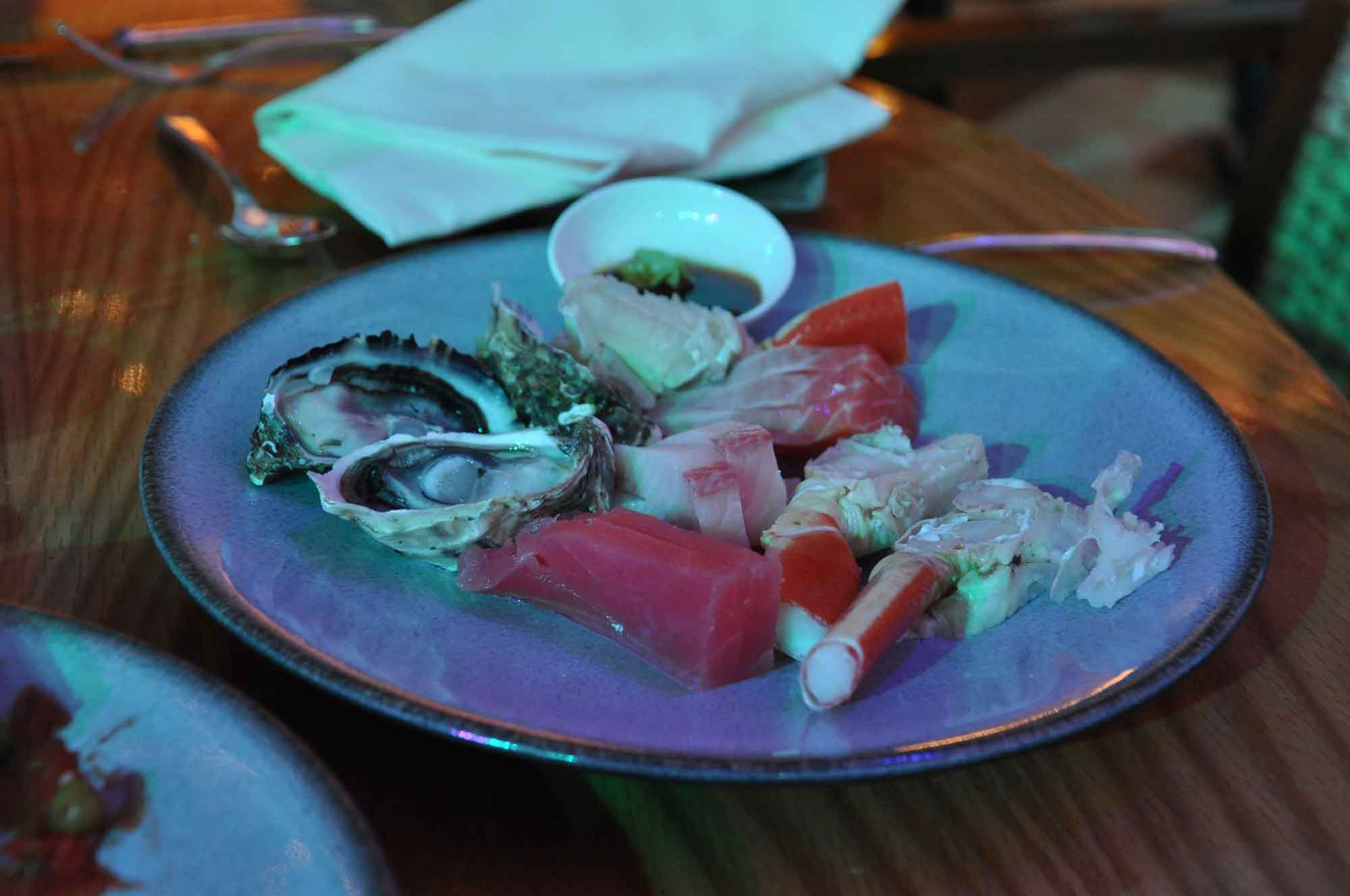 A funny thing happened to us after dinner.  Just as we were entering MGM’s lobby, I saw 4 or 5 gorgeous girls walking towards us.  And as I was staring at them rather obviously, they started smiling and waving back like they knew me.  I had no idea what was going on until Mu Yi said, “Hey, they’re the singers and dancers from Starworld!”  And that’s when I realized they weren’t waving and smiling at me, but at Mu Yi instead.  They obviously hadn’t forgotten their photographer from earlier in the evening.