I had wanted to stay at the Royal for two or three years, but couldn’t justify paying the price.  From 2011 to mid 2014, it seemed like their average rate a night was $1250 on weekdays and $1750 on weekends, almost double the price of Pousada de Mong Ha and Pousada de Coloane, and consistently $300 to $400 more expensive than the Sintra.  Quite simply, I didn’t see the point of paying so much, so never did. 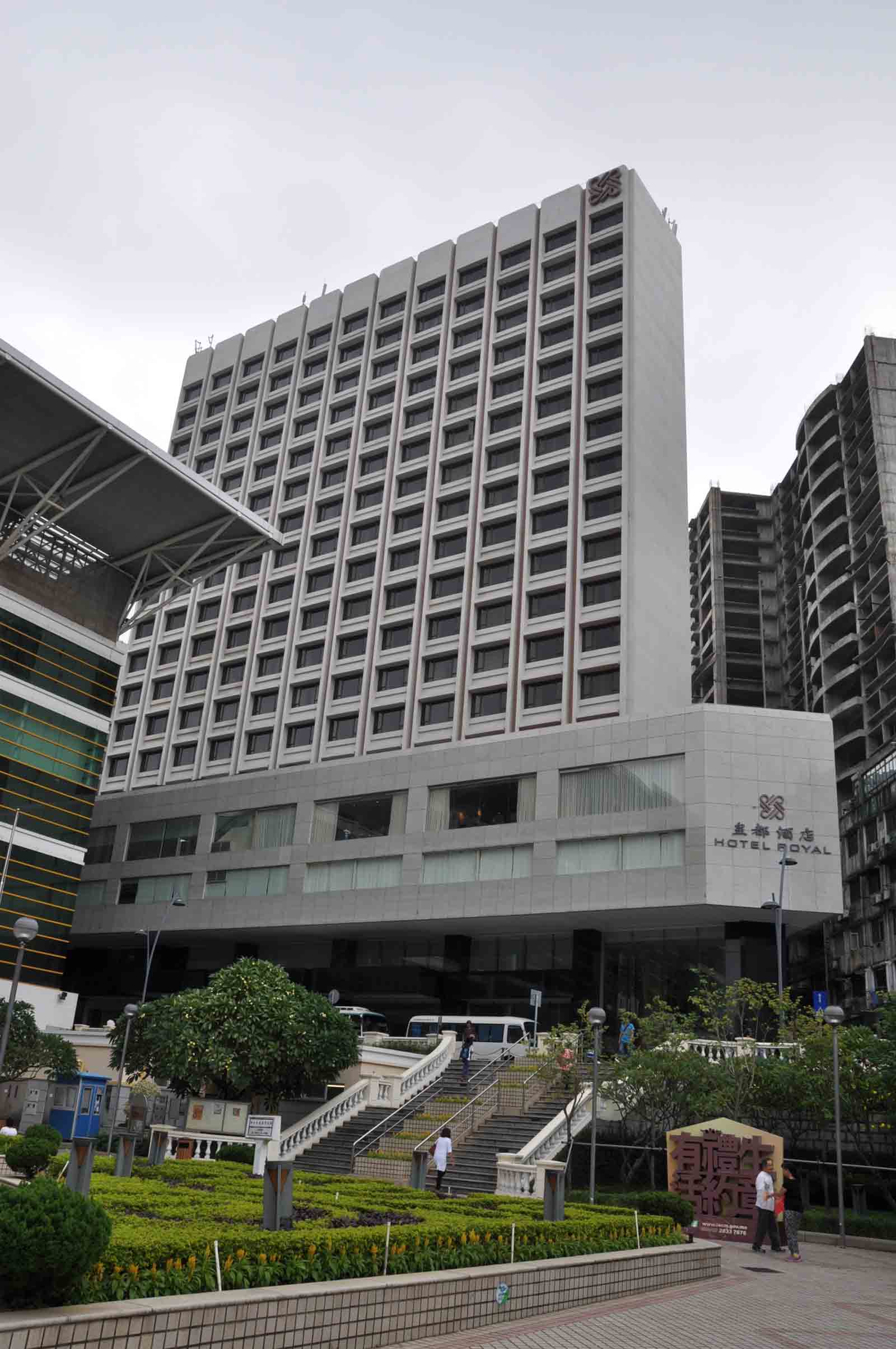 Recently though the rates have come way down and now run neck in neck with the Sintra, with splits of $800 (Sunday to Thursday)/ $1000 (Friday)/ $1200 (Saturday), all taxes and service charges included.

Finding those rates far more palatable, I decided to finally check the place out. 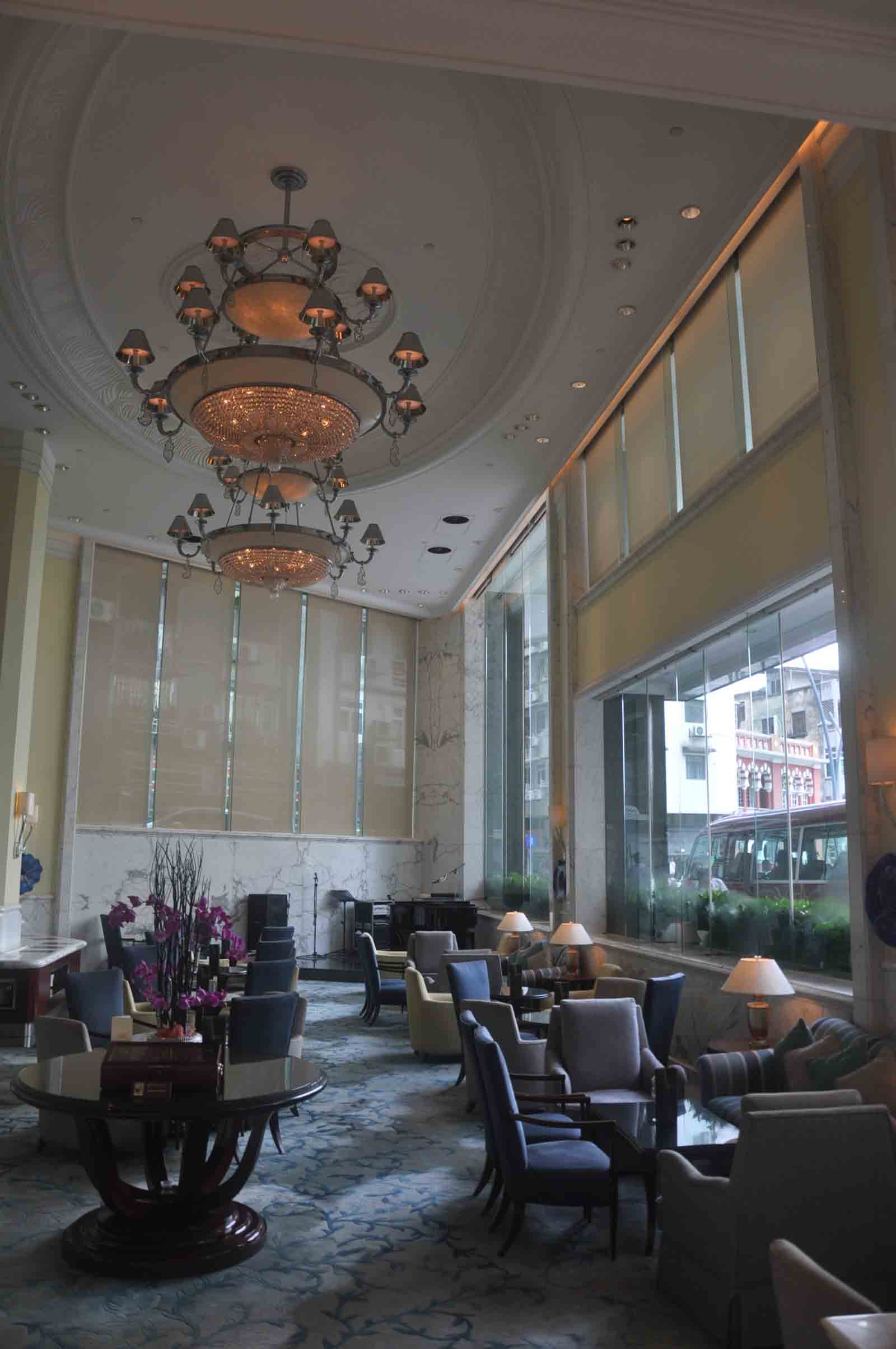 The location is pretty good, opposite Vasca do Gama park on Estrada da Vitoria, very close to Guia Hill and Guia Hotel.  It’s not exactly the city center but it’s close enough, only about ten minutes away from San Ma Lo. 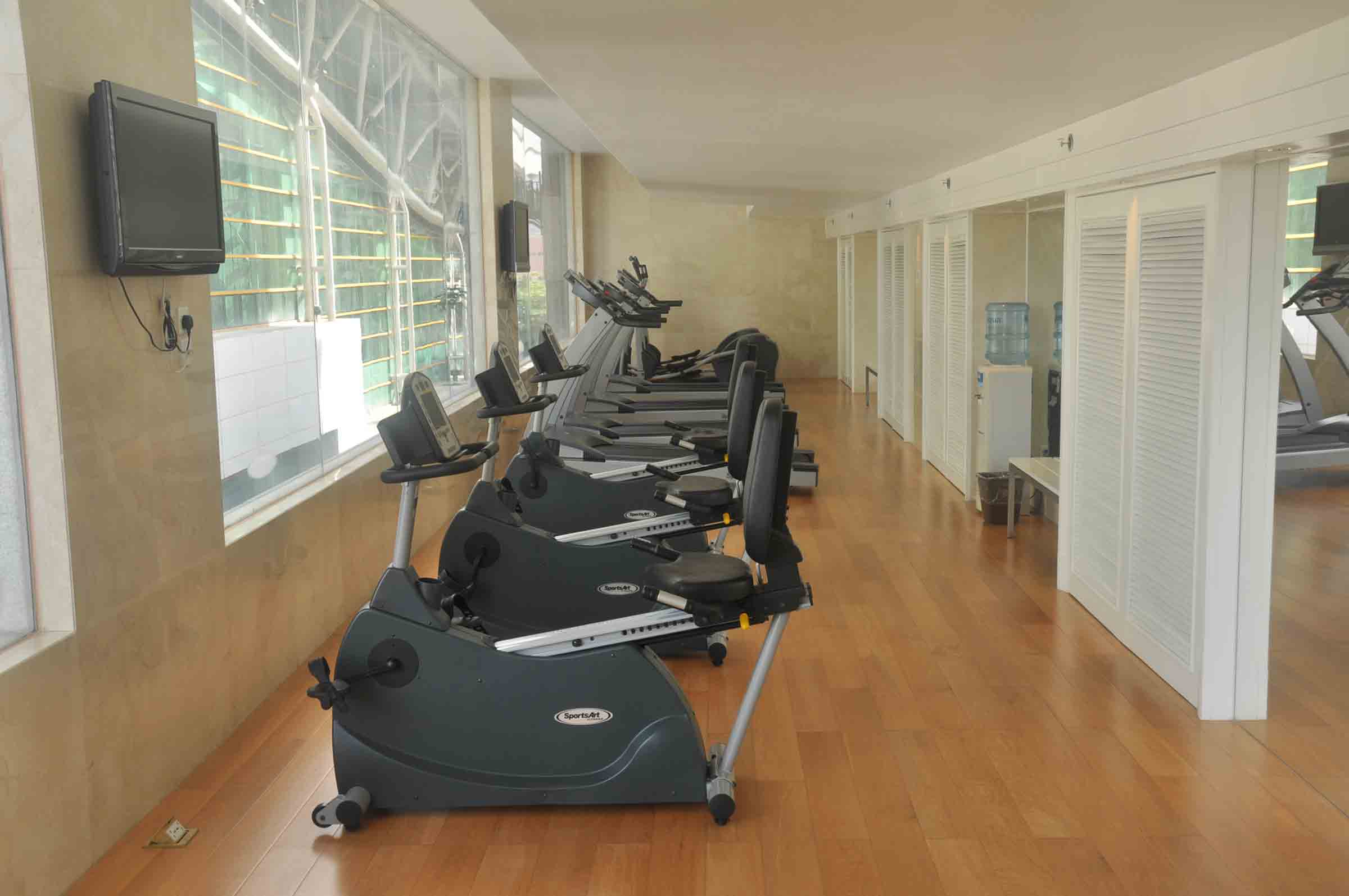 The hotel is home to one Portuguese restaurant of distinction, Fado, while amenities are limited to a pretty decent indoor pool and below average gym. 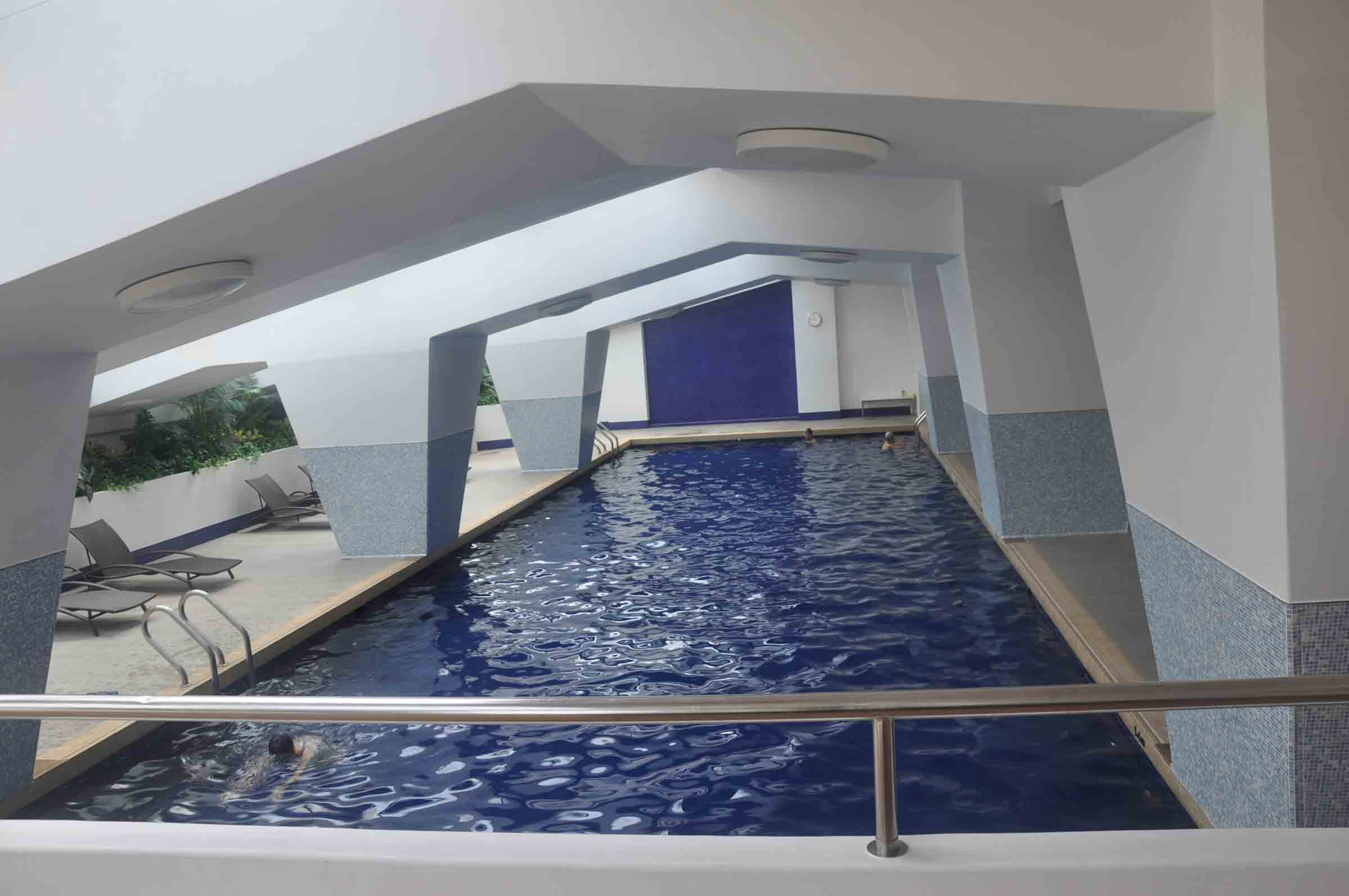 I think one of the reasons why the prices dropped so much at the Royal recently is twofold.  First, prices are going down everywhere, simply because of the downturn in gaming, and the subsequent toll its taken on the local economy.  The second reason perhaps has to do with tour groups.  During our stay there we saw a lot of tour buses and tour groups at the hotel, which wasn’t something I necessarily wanted to see.  Generally that means that expectations are lowered for guests and as such, standards start to fall a little in the hotel.

Now while the pictures of the room certainly look nice enough, the thinner white curtain behind the main drapes was faded and torn and the refrigerator was broken. 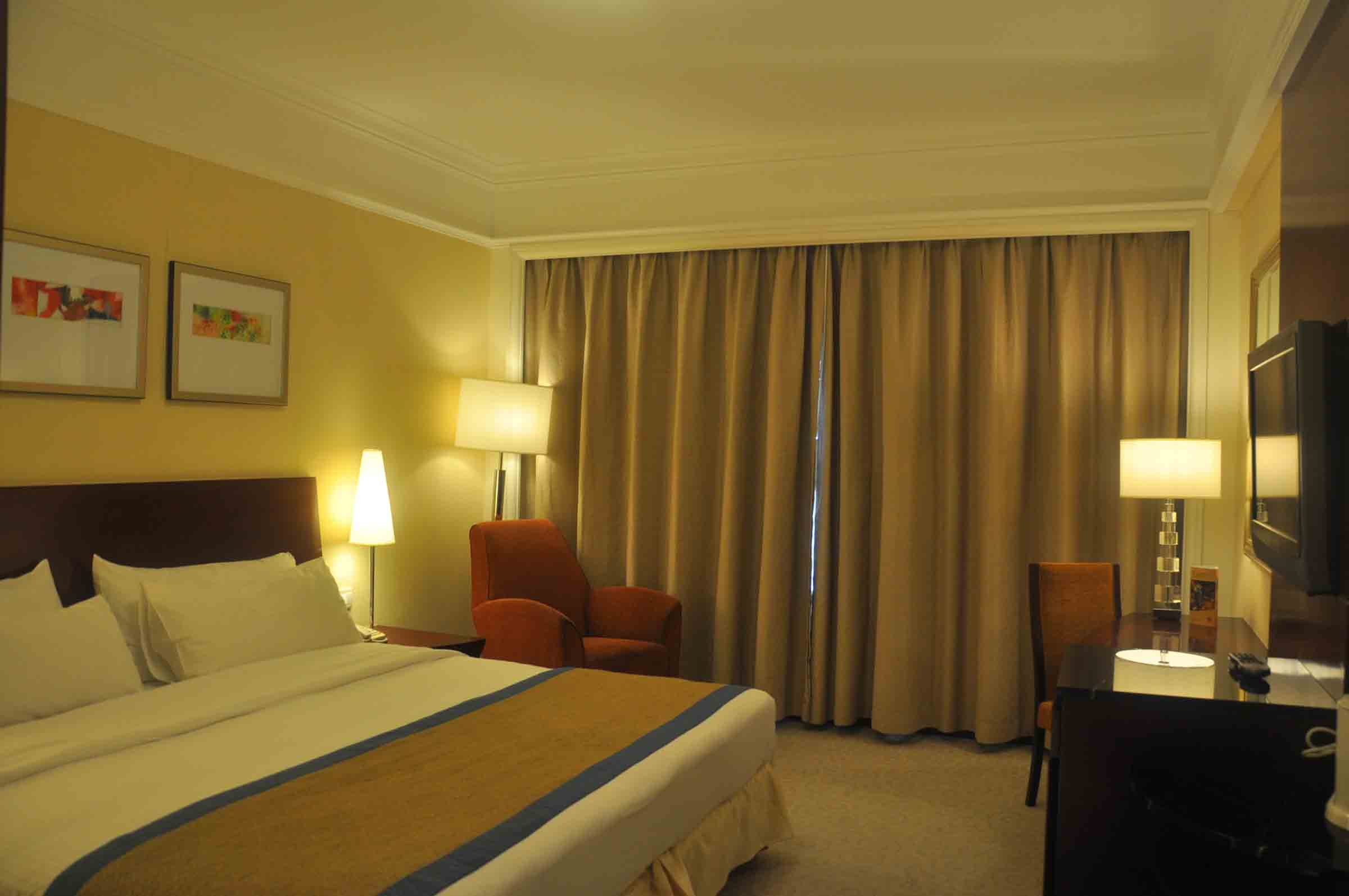 If you decide to stay at the Royal, I  would expect minor inconveniences like these to hamper your stay a little, so understand that going in. 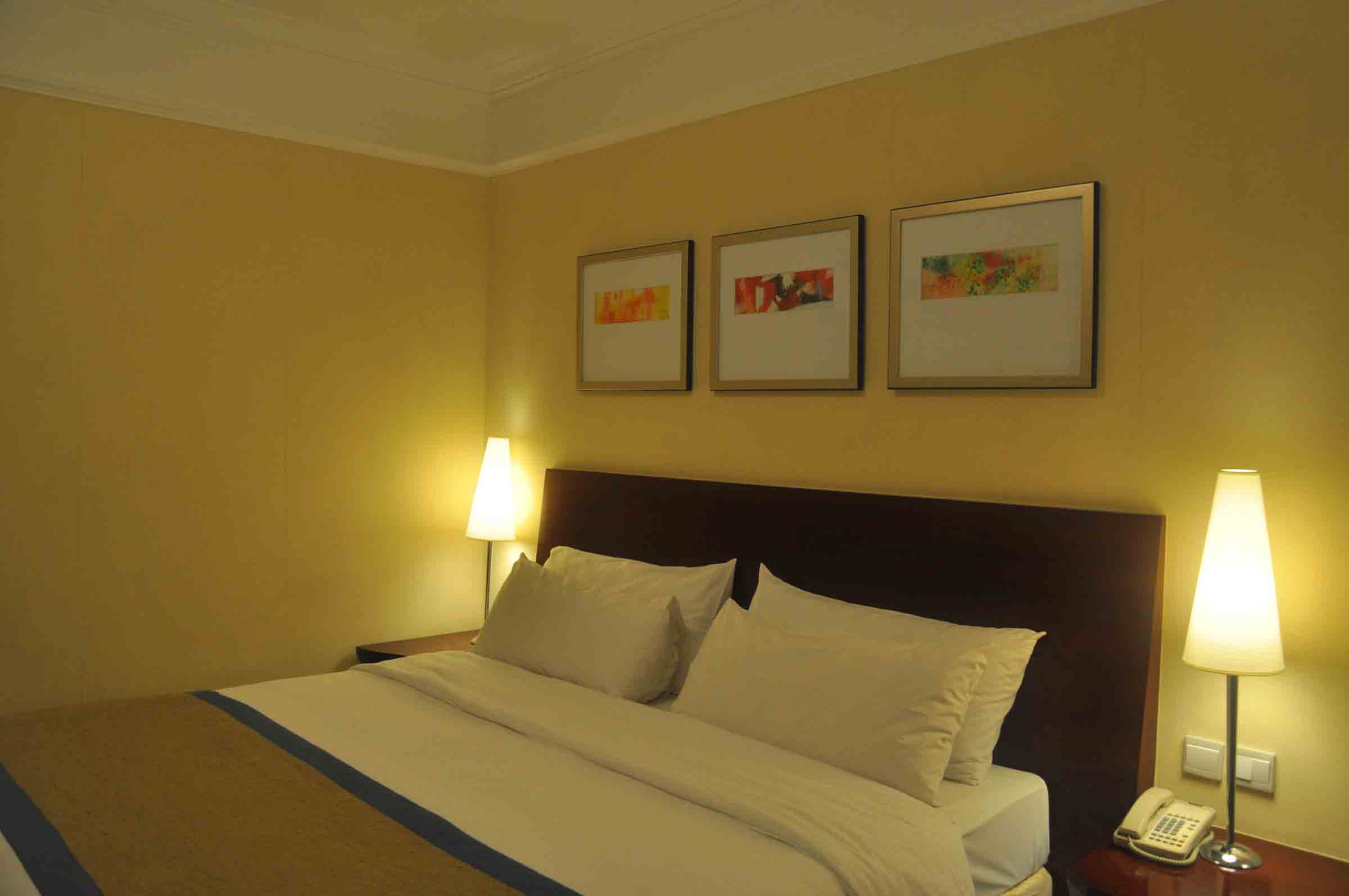 On the flip side, Wifi was free in all of the rooms and the lobby staff were great, always willing to help and answer a lot of questions. 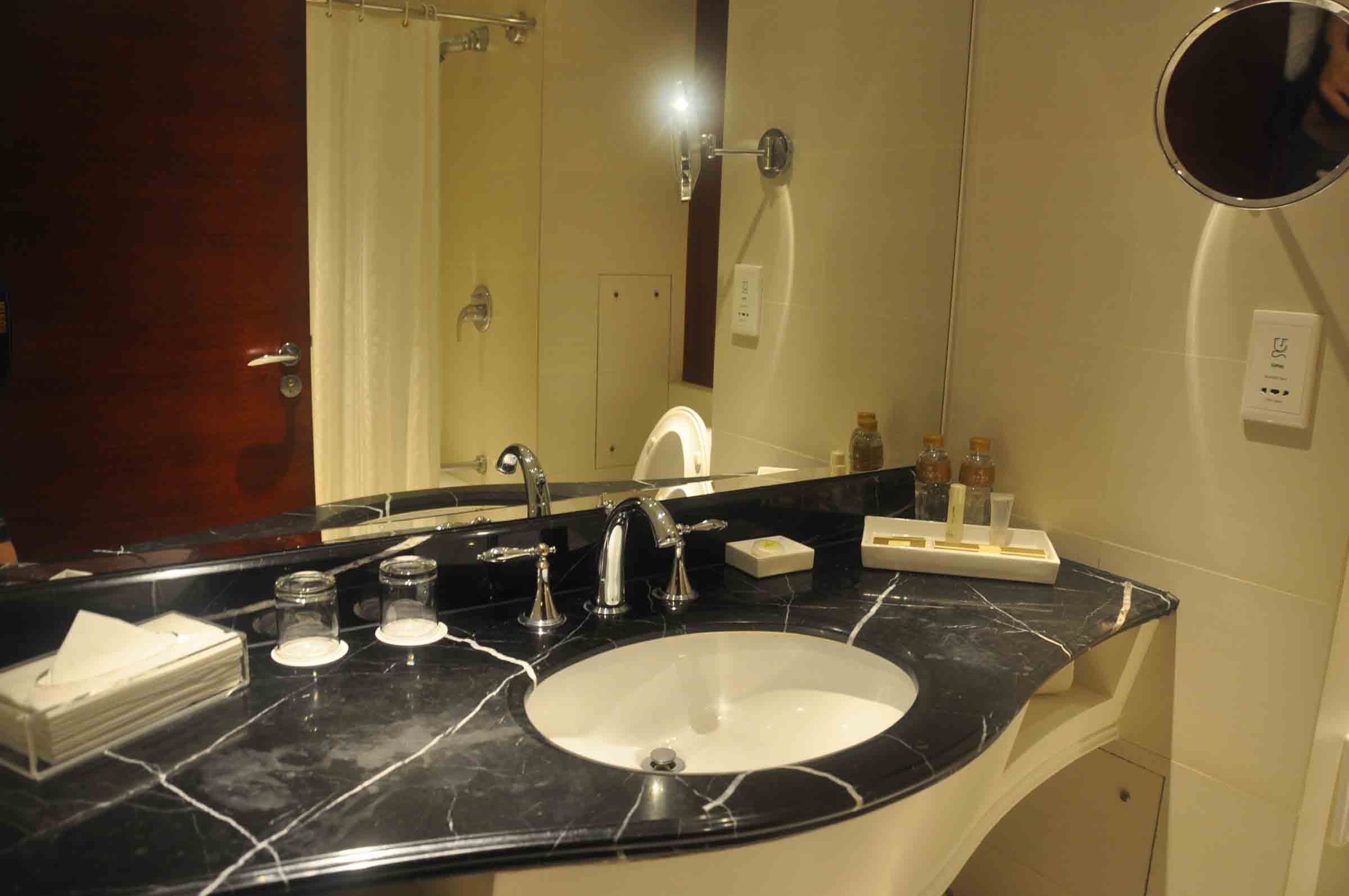 On the whole, I think the Royal is a pretty good living option, provided the rates stay where they are now.  If they go any higher, I’d take a pass and stay at the Sintra or Pousada de Mong Ha instead. 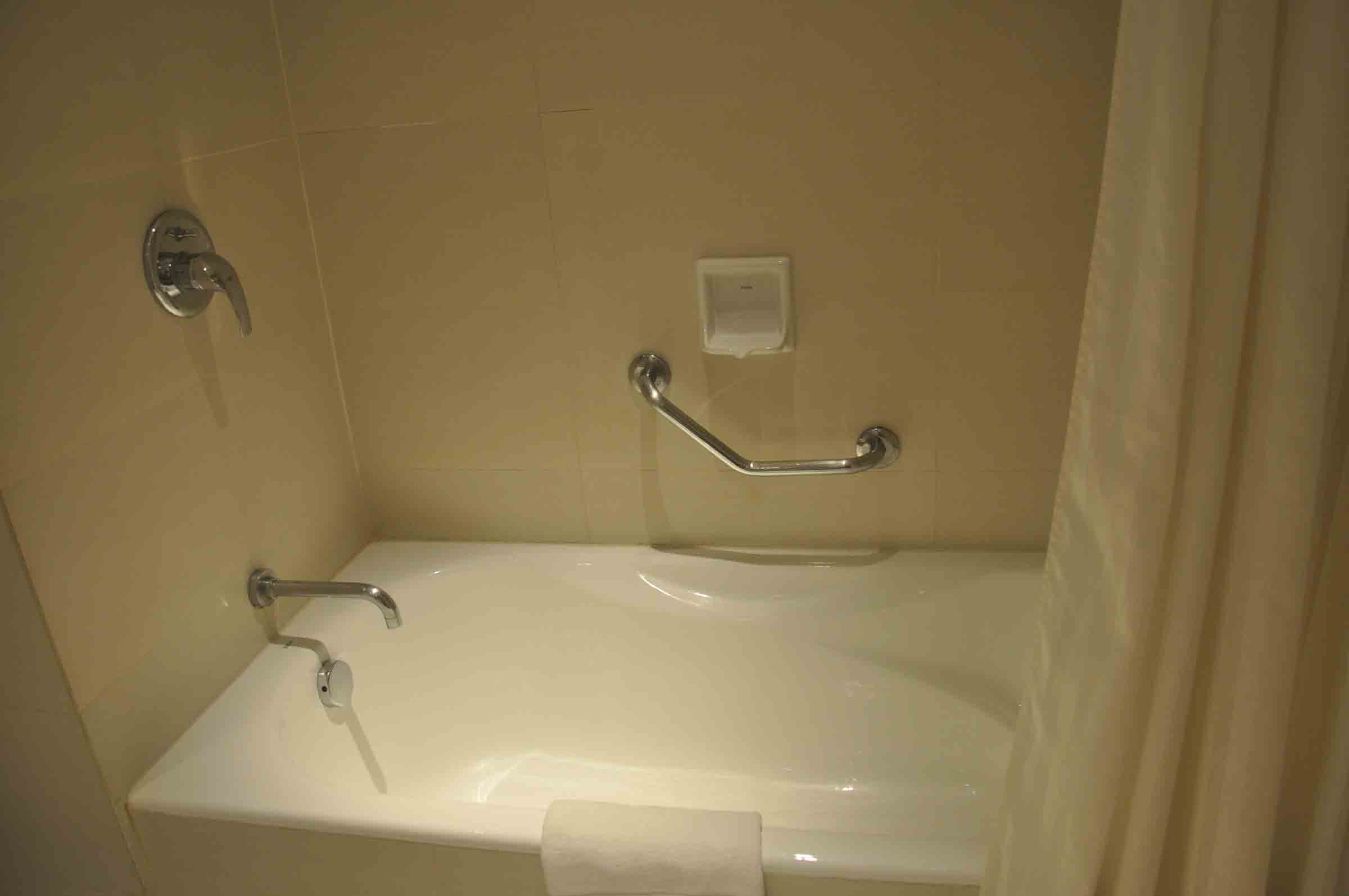 To see where Jane and I ate over the three day Grand Prix weekend, please follow the link below.