I had a few things to take care around the San Va and San Ma Lo in the morning, before moving to a new hotel for the day, the centrally located Sintra.  In the afternoon, I’d go exhibition hopping, starting off at the Science Centre before finishing off in the frigid environs of Ice World.  My day would end back on the Street of Happiness, for a seafood dinner at Southwest.

The Macau government introduced four new walking tours about two years ago.  I personally think they’re terrible and you’re better off following the trip itineraries on this site.  I believe ours make more sense and fit better into an overall day plan.

Besides that, you don’t have to waste time going to places you don’t need to, like Fisherman’s Wharf, Macau Reservoir, and even Macau Tower.  Anyway, two buildings highlighted on one of their tours had eluded my attention so I wanted to check them out first.  They were the Chang Peng Theatre, located right behind the San Va, and the old Opium House, a couple of blocks away on Rua das Lorchas.

Chang Peng Theatre opened in 1875 and was the first theatre in Macau, mostly presenting Cantonese opera.  It literally translates into “peace and prosperity”, and the theater apparently enjoyed over 100 years of it, until fading and declining in the 1990’s.  Used as a storage warehouse now, conservation efforts are thankfully underway.

The Old Opium House was built in the late 19th Century and ceased storing opium after it was banned in 1946.  In 1996, the building was thoroughly renovated and is now home to a charitable society that provides acupuncture and other medical services to local residents.

I don’t know about you, but I wouldn’t have included them on any tour, but maybe that’s just me.

With that out of the way, it was on to bigger and better things, namely San Ma Lo.  Without a doubt Macau’s busiest street, almost everyone who visits the city will be on it one time or another during their trip. 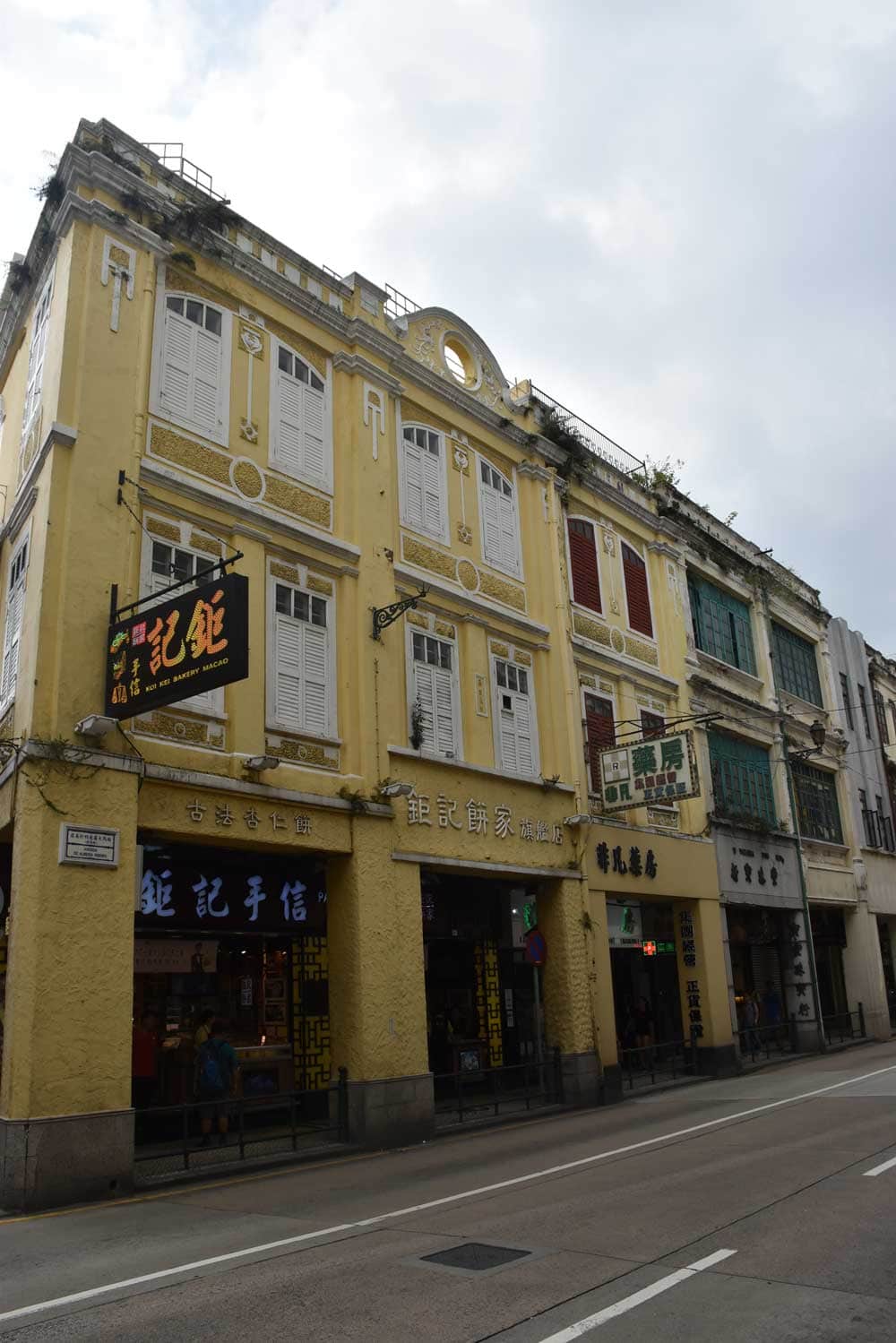 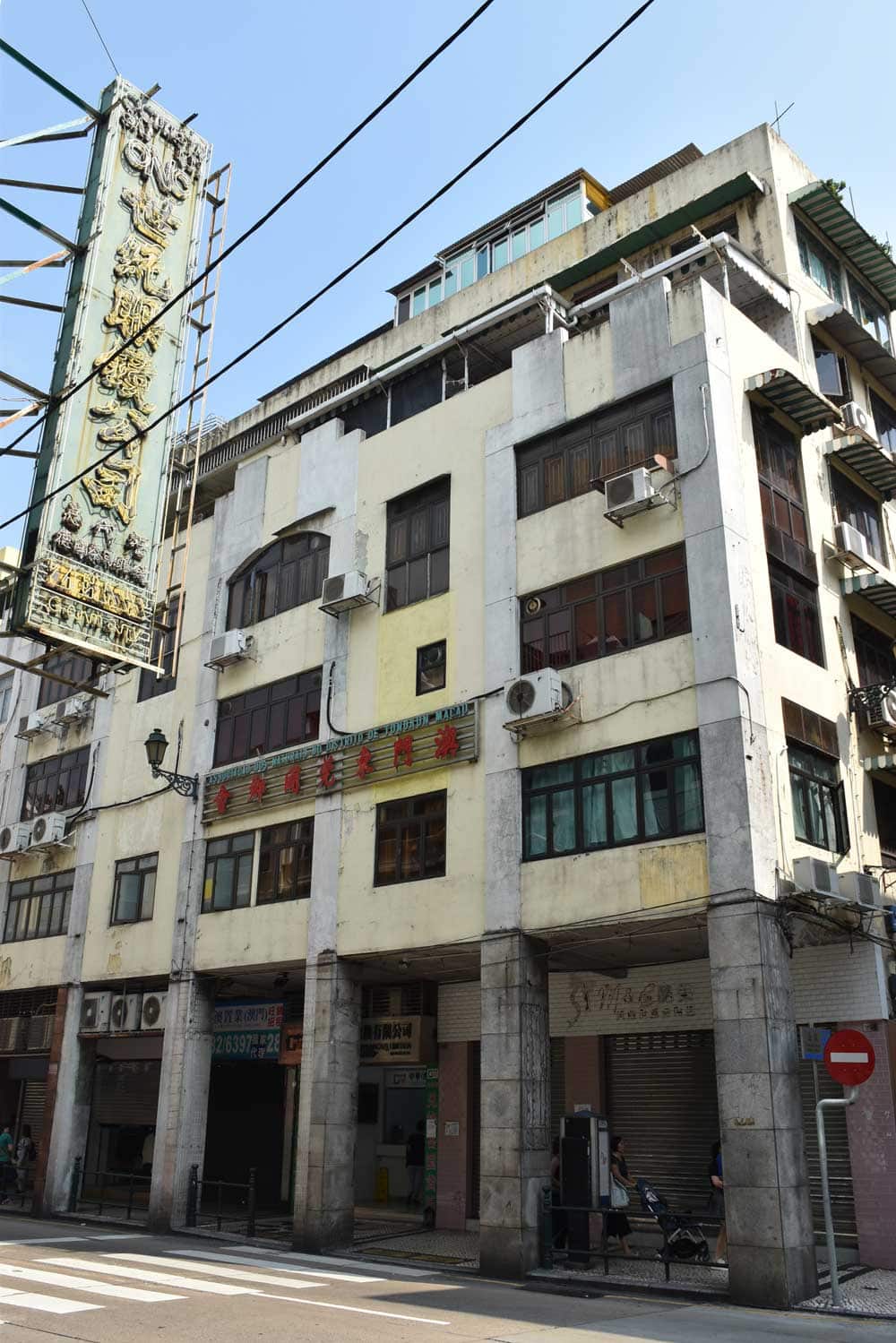 Linking the Inner Harbour with the Outer Harbour, San Ma Lo is lined with very large and old colonial buildings, some recently restored and others very much looking their age, and sometimes much worse.  If you ask me, these big beautiful buildings are sadly overlooked by casual tourists and Macau lovers alike, as I rarely see them featured in online photos or talked about much in general. 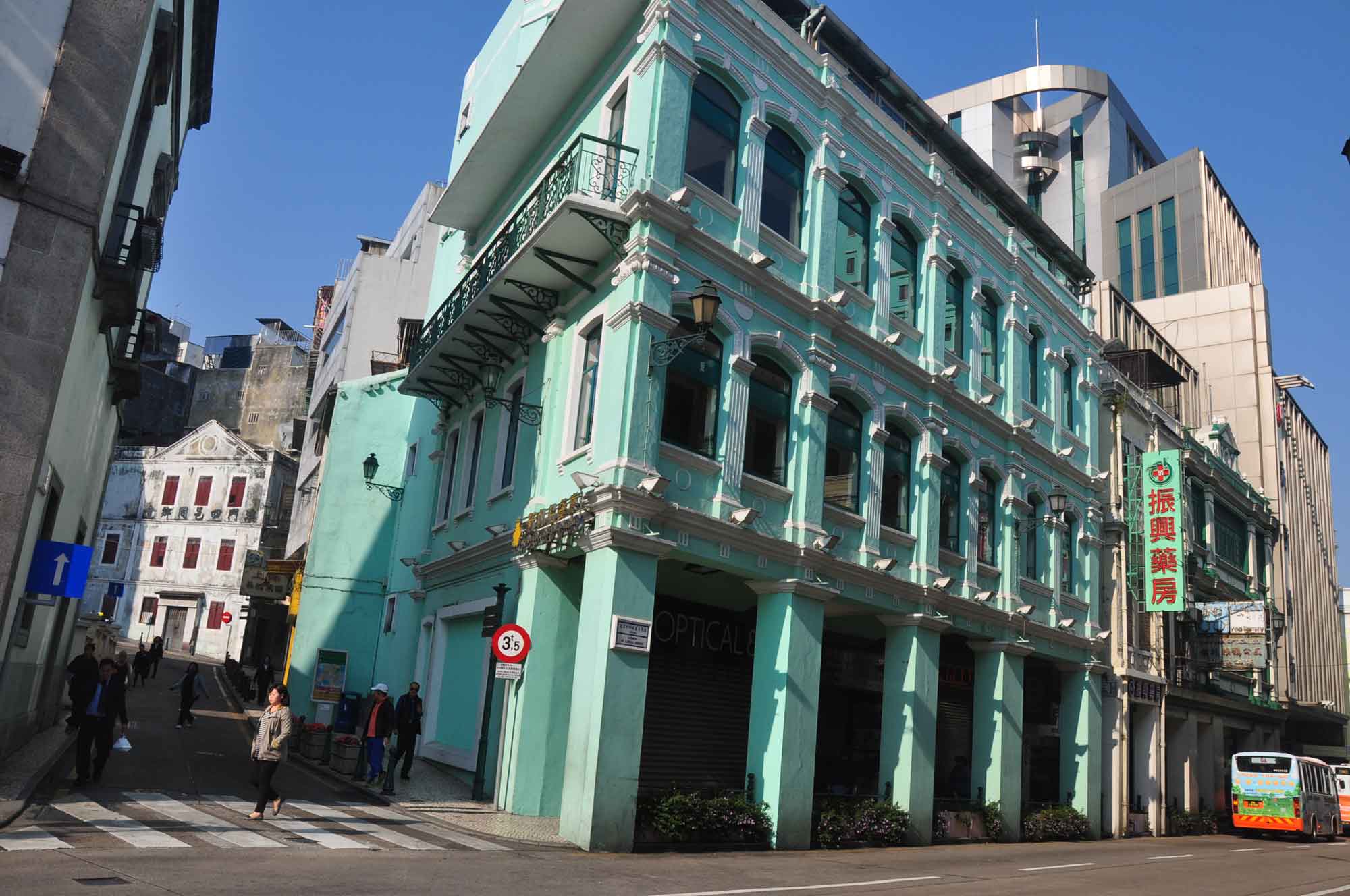 I think that’s because San Ma Lo is often the way to a destination, not the destination itself, so you’re not as focused on sightseeing and checking out the surrounding area when you’re on it. 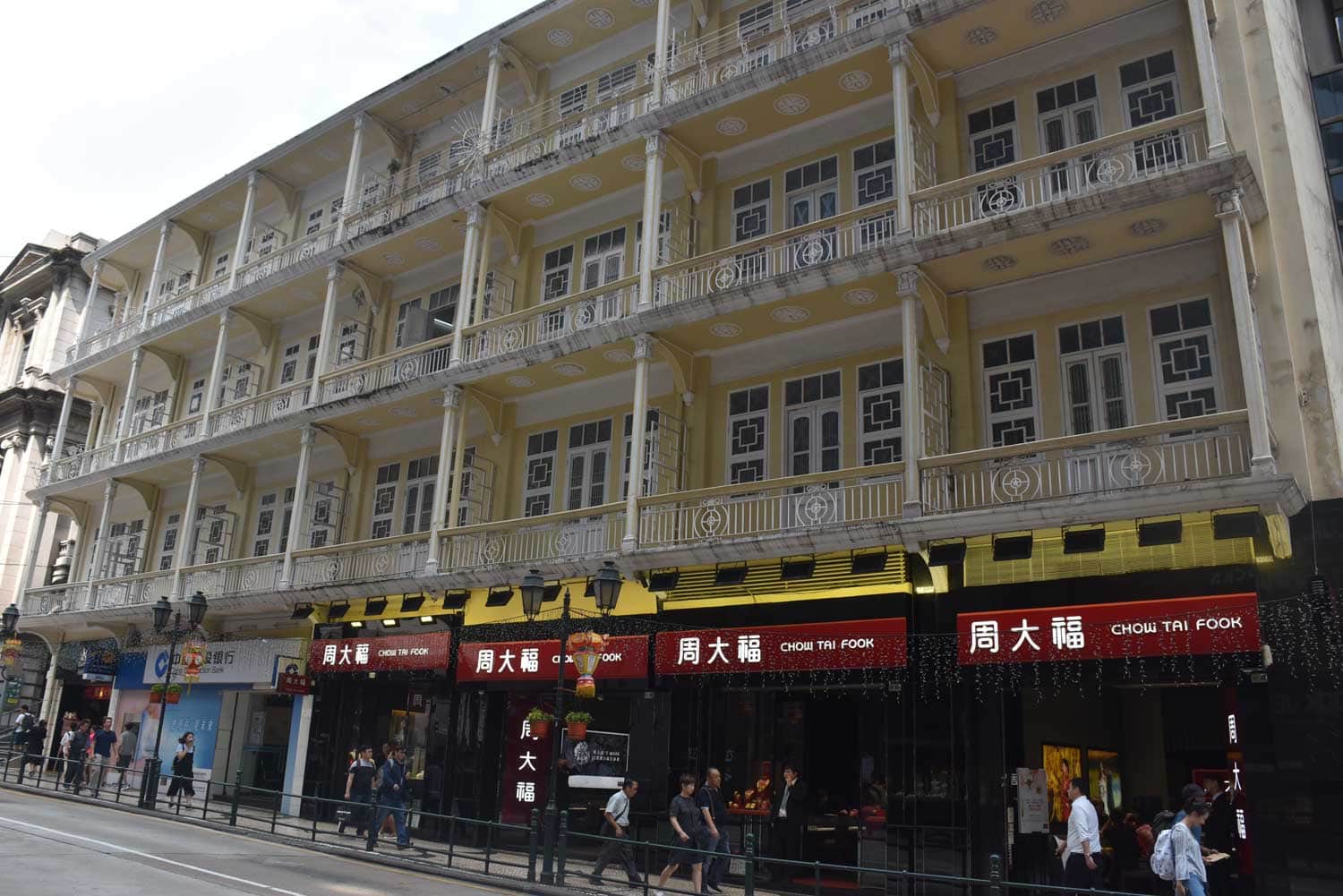 Two, you don’t have an unobstructed view of the buildings across the road, since there are pillars in the way and sometimes a million people too, depending on the time of day. When San Ma Lo gets crazy, as it often does, it’s lunatic asylum mad. 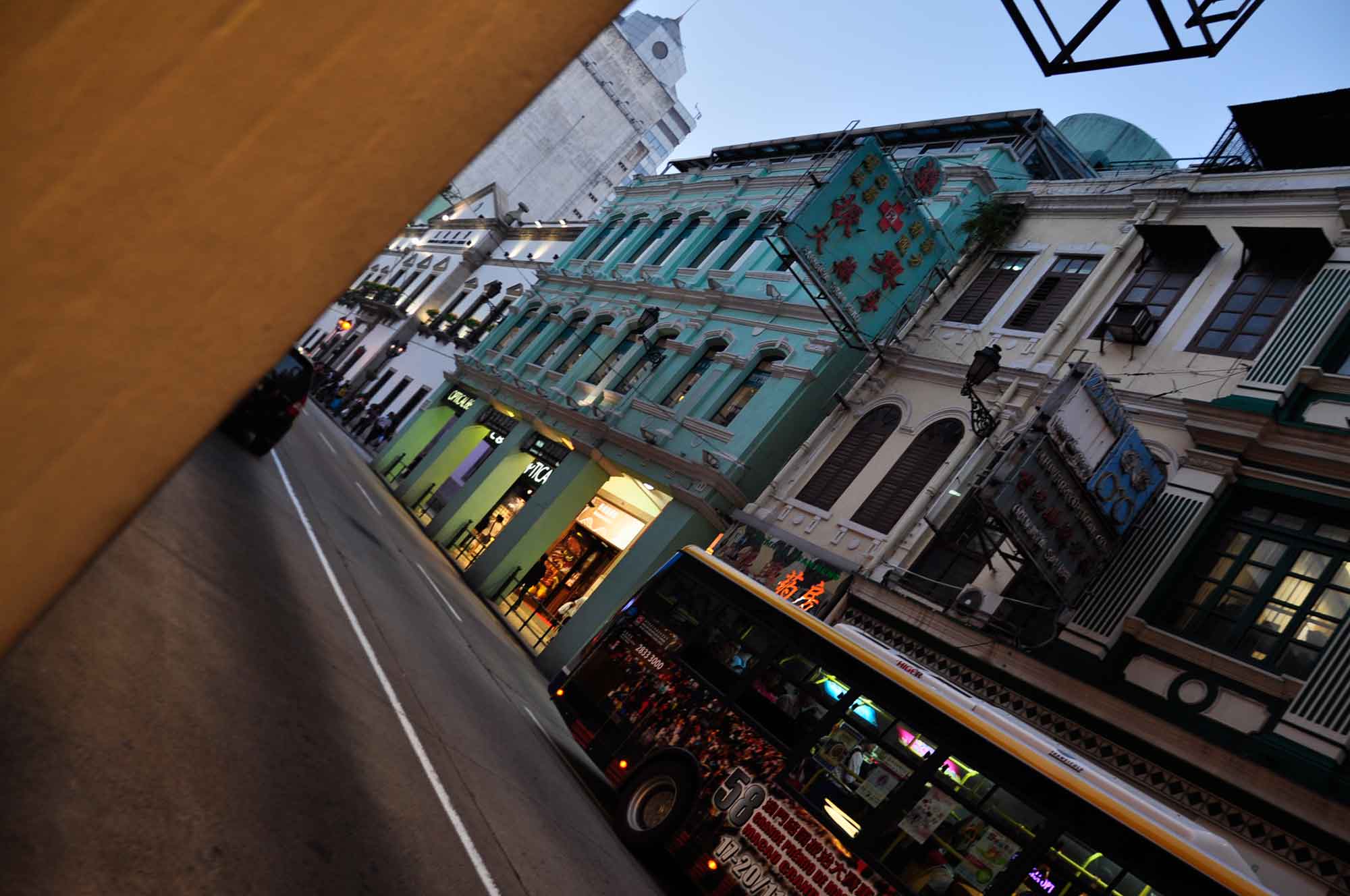 So in appreciation of San Ma Lo and its greatness I walked up and down the street trying to get good shots of its most interesting architecture. 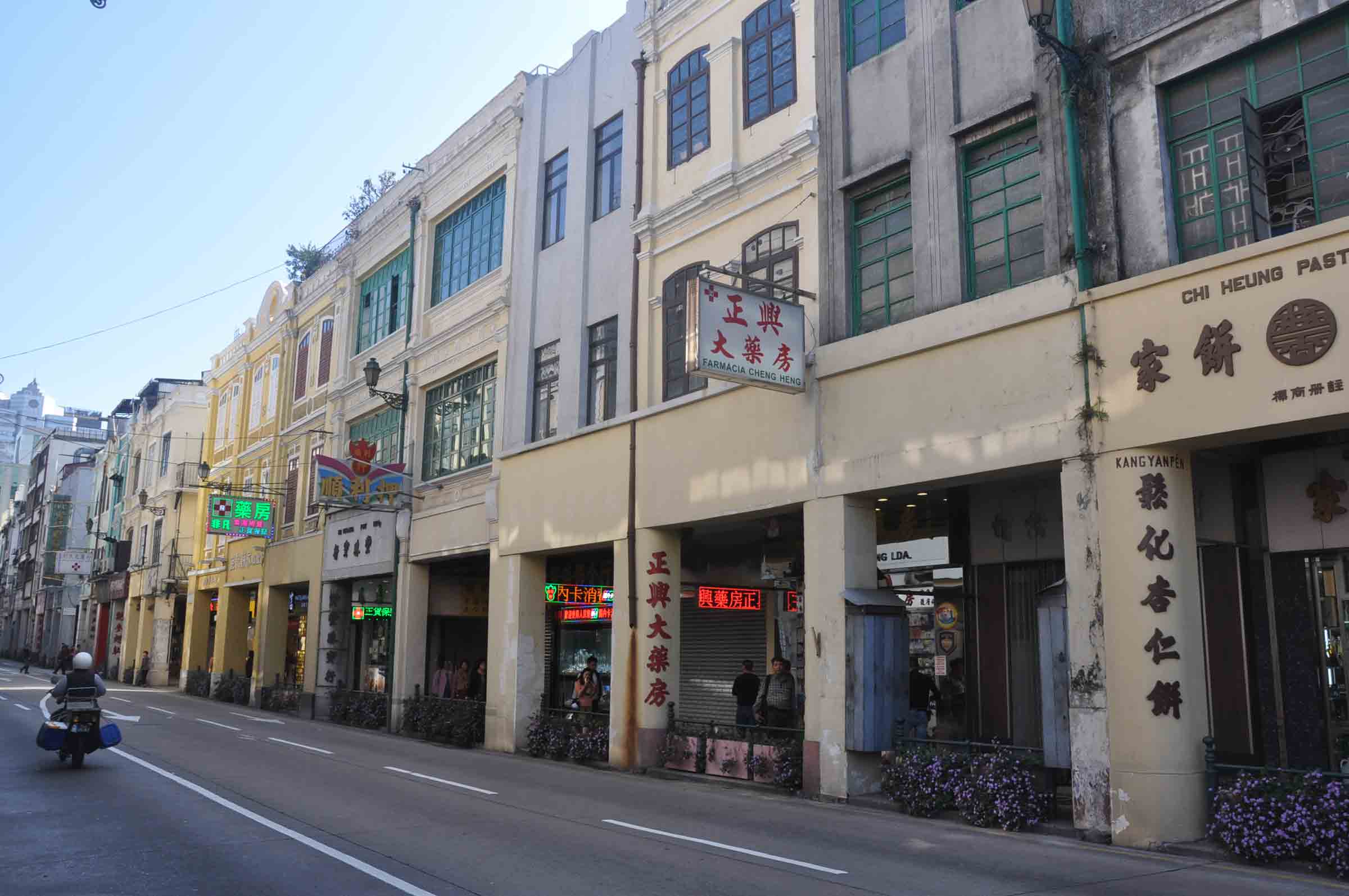 The buildings definitely get less looked after and more rundown the closer you get to the Inner Harbour from the Outer Harbour, which I hadn’t really noticed before.  Just like the pictures from Cinco Do Outubro, it’s interesting to contrast the prosperity and poverty that coexist so close to each other in many parts of the city. 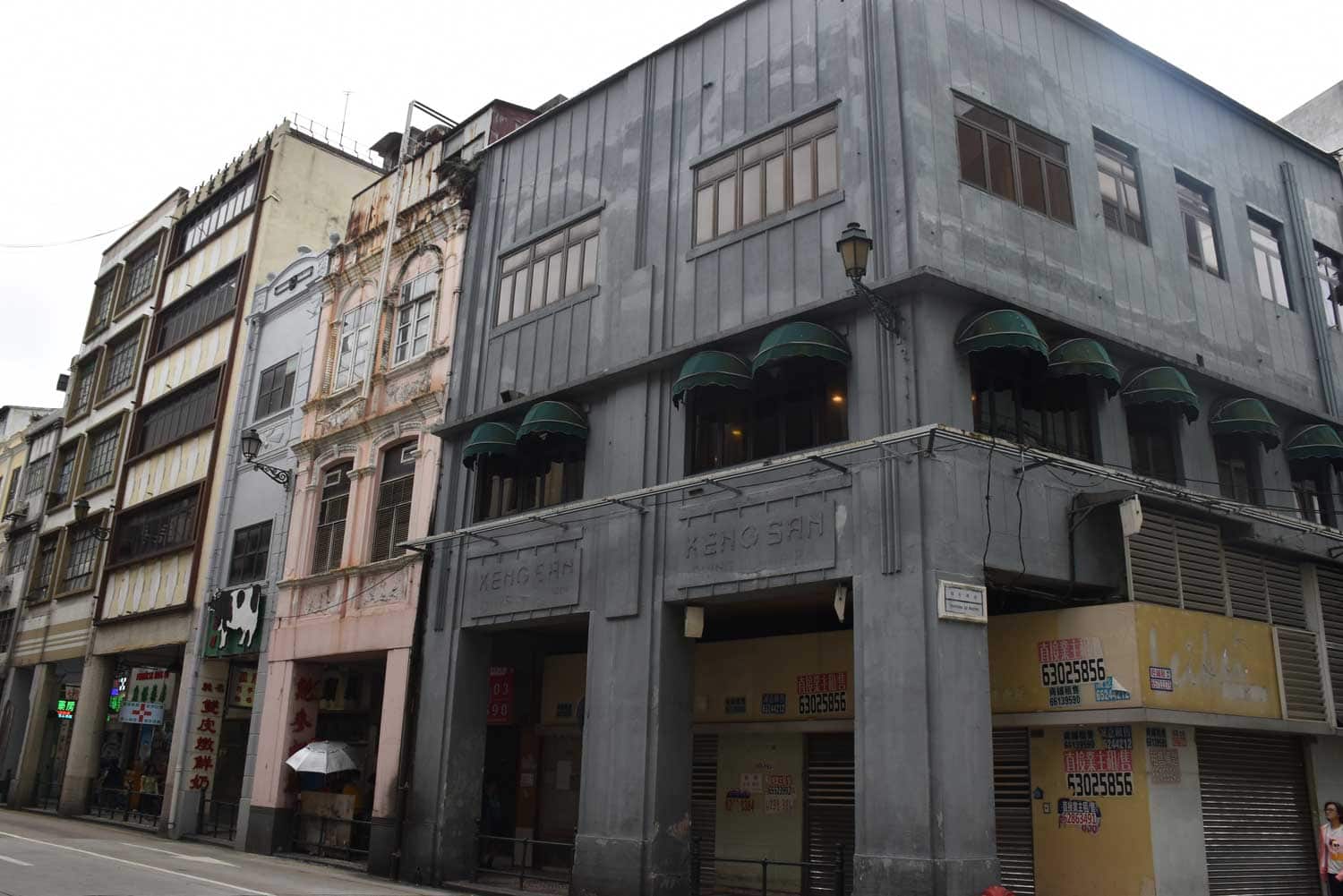 The first picture below is of Hotel Central, which opened in 1928 and was Macau’s first high rise building.  One of the city’s most luxurious hotels for several decades, it was featured in the 1952 movie Macao, starring Jane Russell and Robert Mitchum.  A precursor to current mega properties like the Galaxy and Venetian, Hotel Central was a true destination in itself, with dining, gaming, and entertainment all provided under one roof.  After SJM secured a monopoly on gambling city wide in 1962, Hotel Central lost its casino and predictably declined, never to recover. 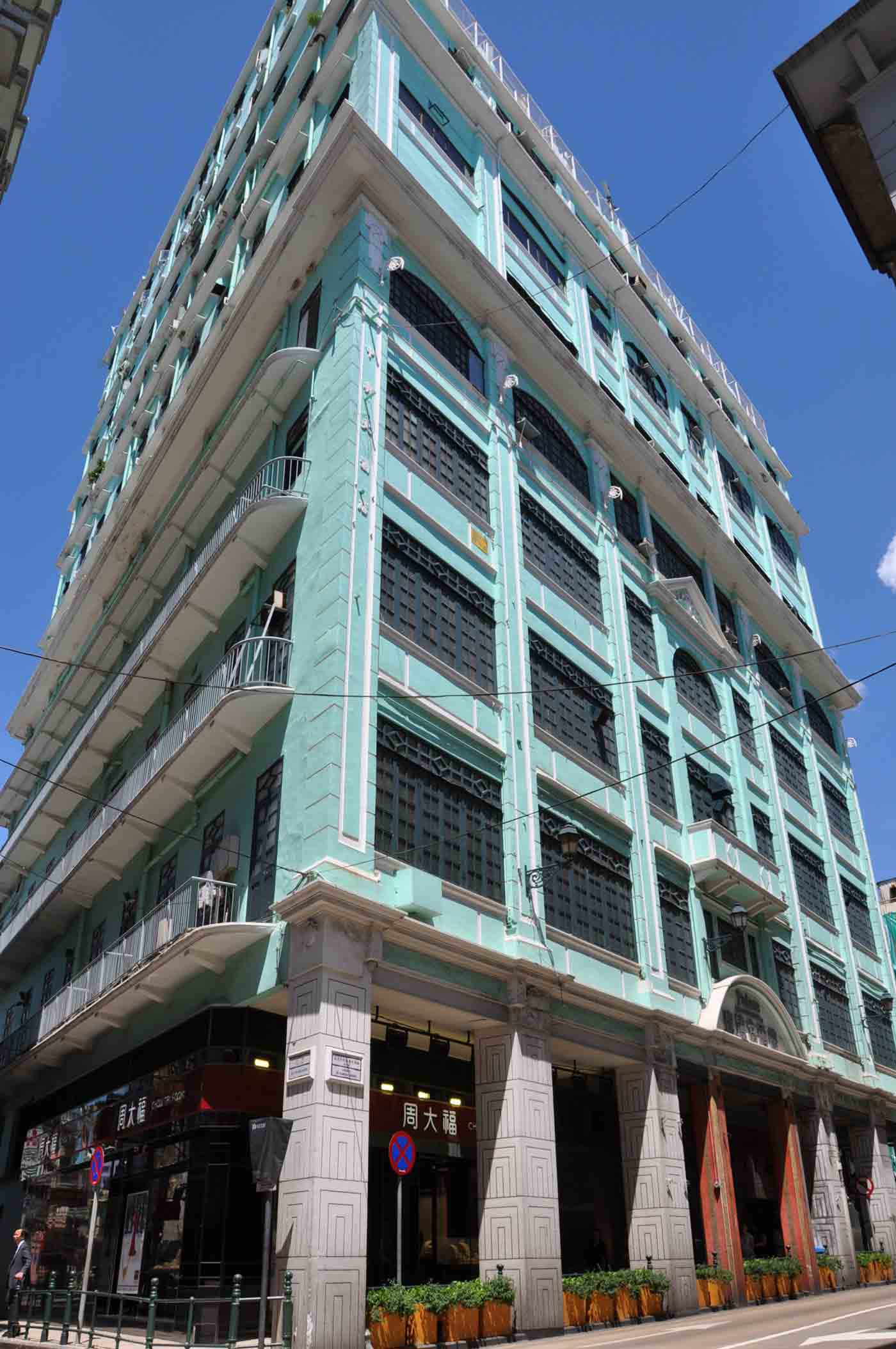 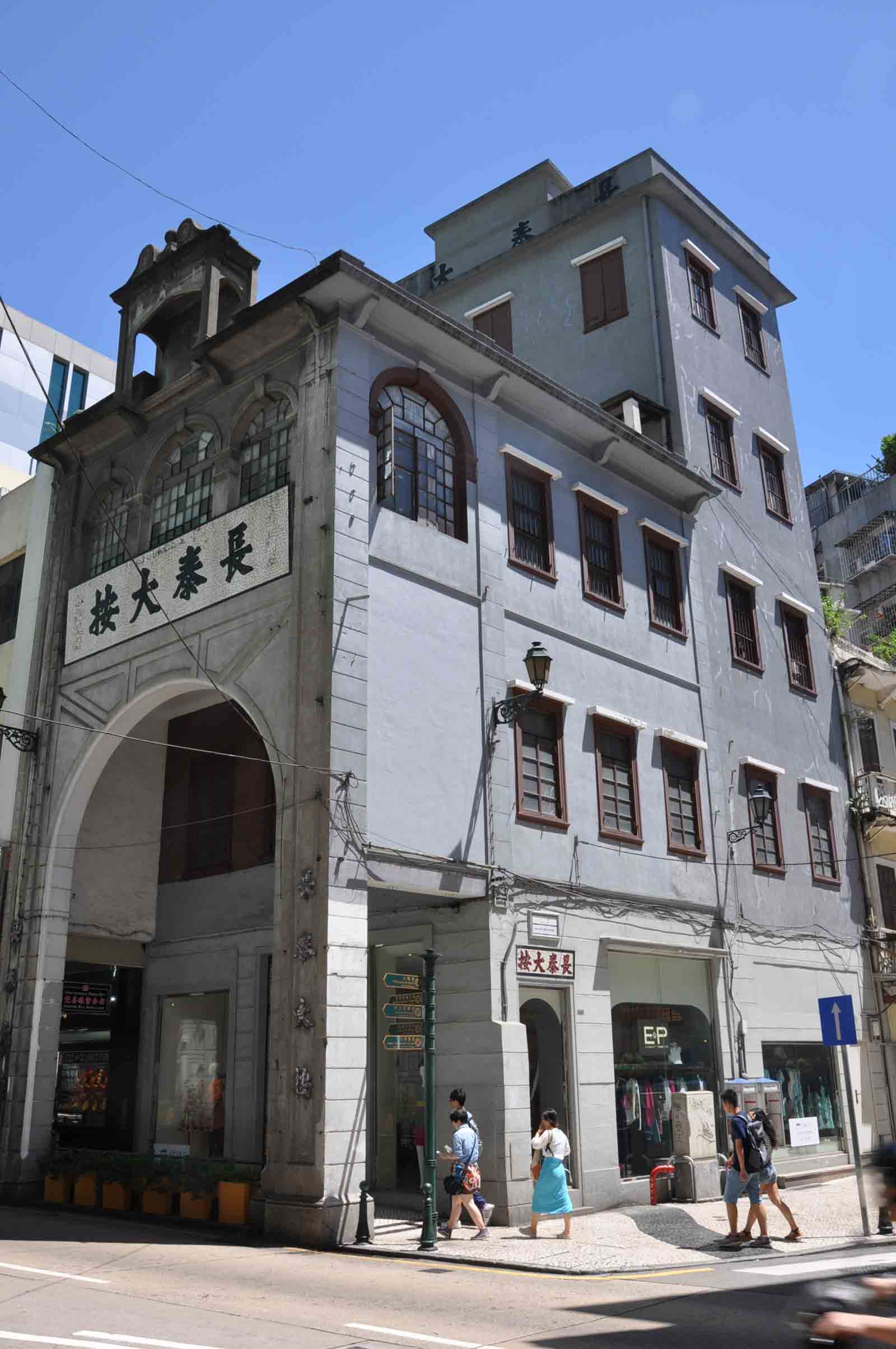 Closed since 2015, plans to “restore Hotel Central to its former glory” have yet to be realized. 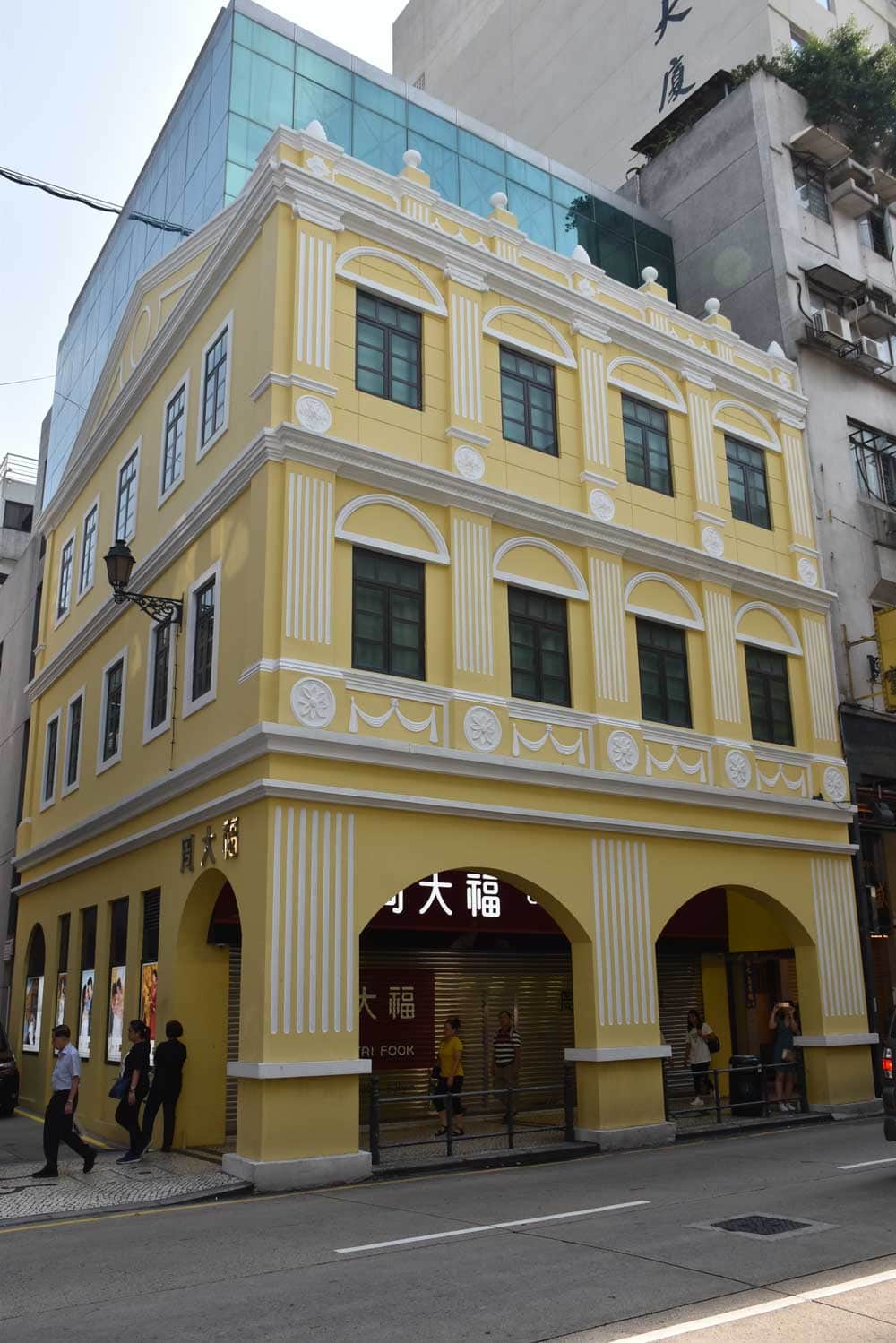 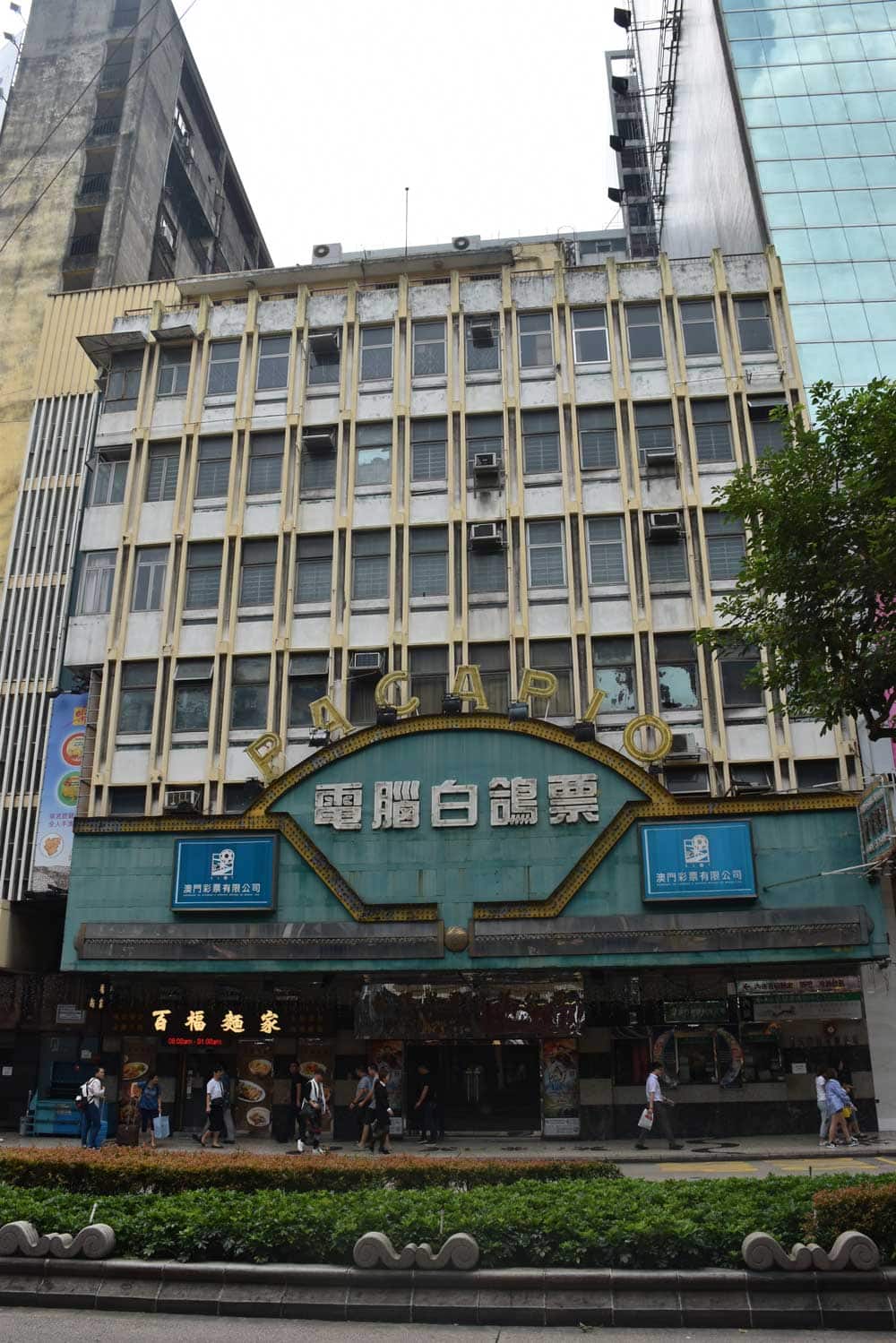 The photo below on the right is of the old Grande Hotel Kuoc Chai, which was originally built in the 1920’s.  Much like Hotel Central, it used to be one of the city’s premier evening venues, mostly due its rooftop terrace that doubled as a nightclub and must have been a blast to be on 70 years ago.  Macau these days has no such modern comparison, a pity considering how warm the weather is for most of the year. 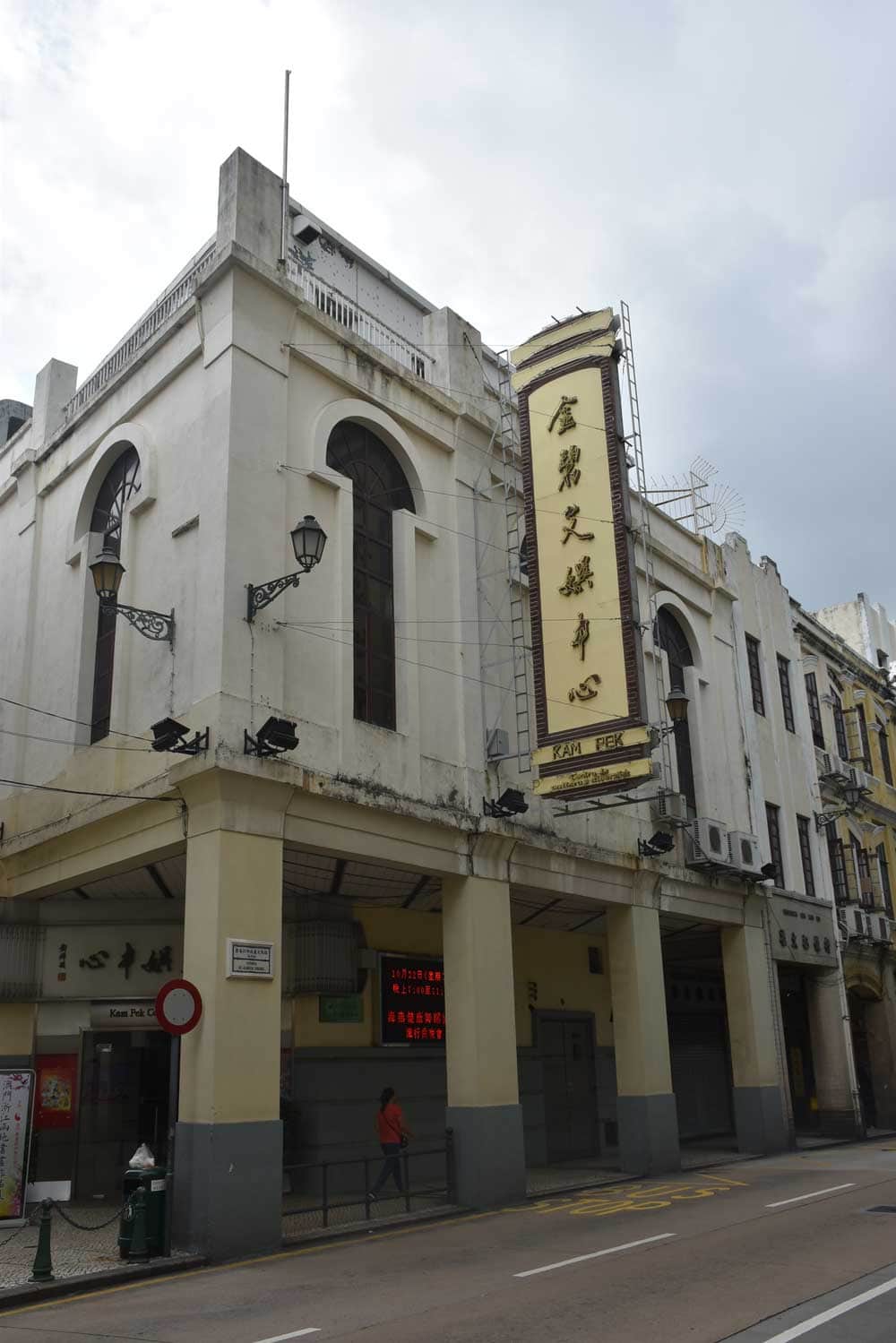 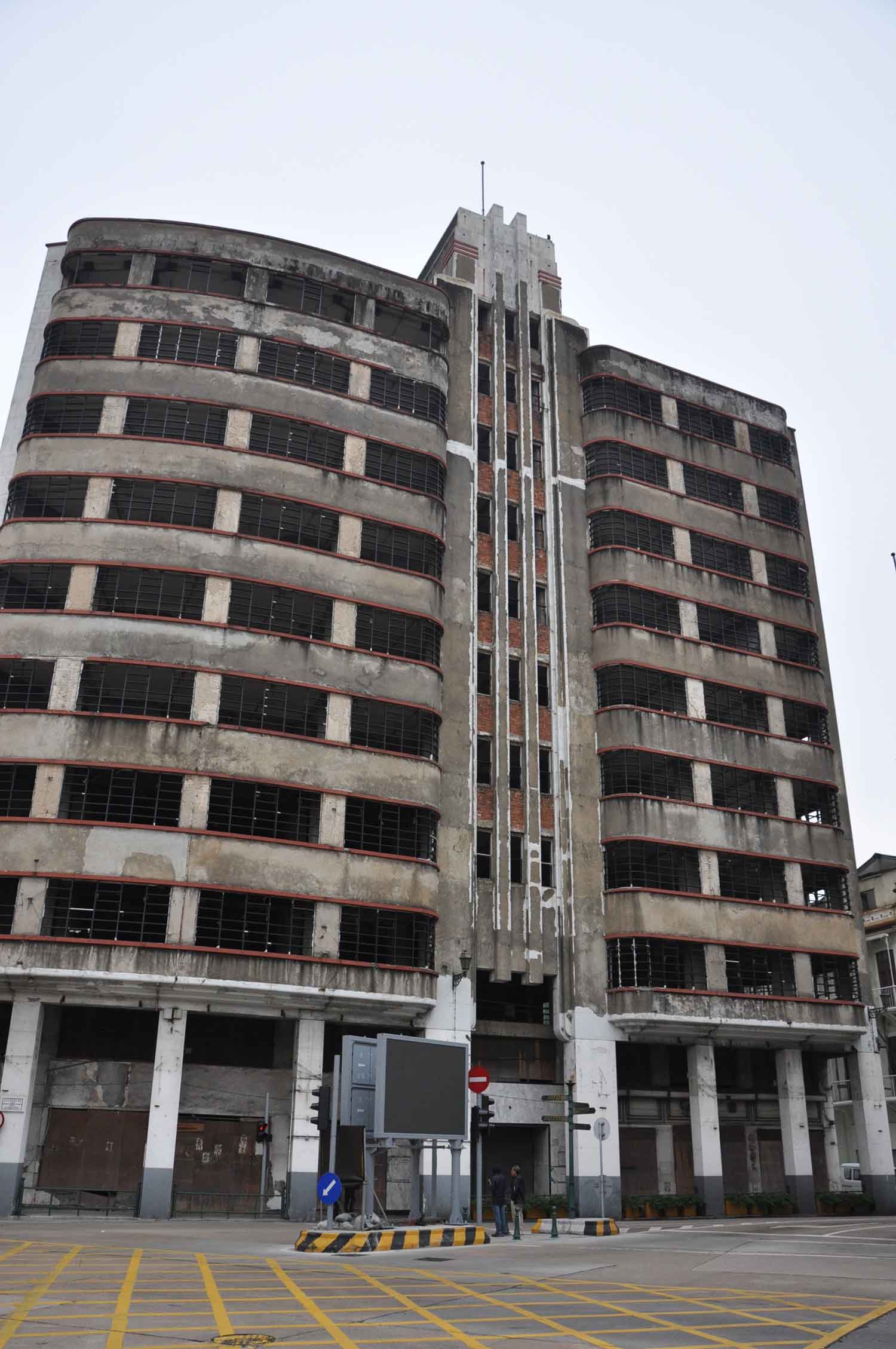 The final picture is of Lee Kum Kee, a famous oyster sauce shop, situated up by the Sofitel at the end of San Ma Lo. 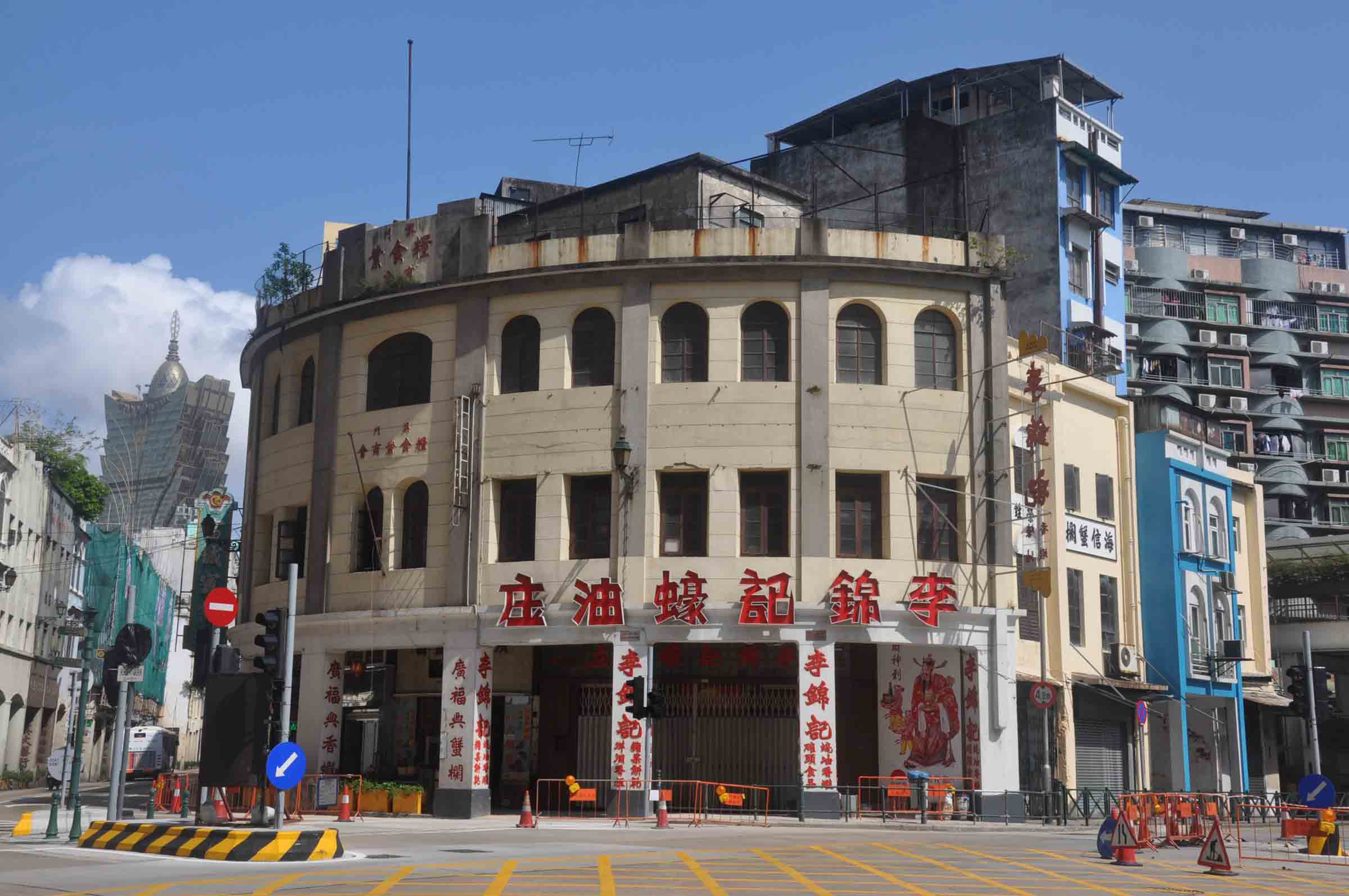