My biggest complaint with Macau is that good budget accommodation just doesn’t exist.  In five years, I have not seen one good hotel in the $300 to $600 range.  For me, the choice is to go extremely cheap (read the San Va) or use hotels that cost between $700 to $1200, of which there are a few good choices.  Some have already been included in earlier trip reports, like Pousada de Mong Ha, Pousada de Coloane, and the Lisboa, while two new ones are introduced in this trip report: the Sintra and Guia Hotel.

Much like the San Va, the Sintra has a stellar location, right in the heart of the city center a block away from San Ma Lo and the Grand Lisboa. 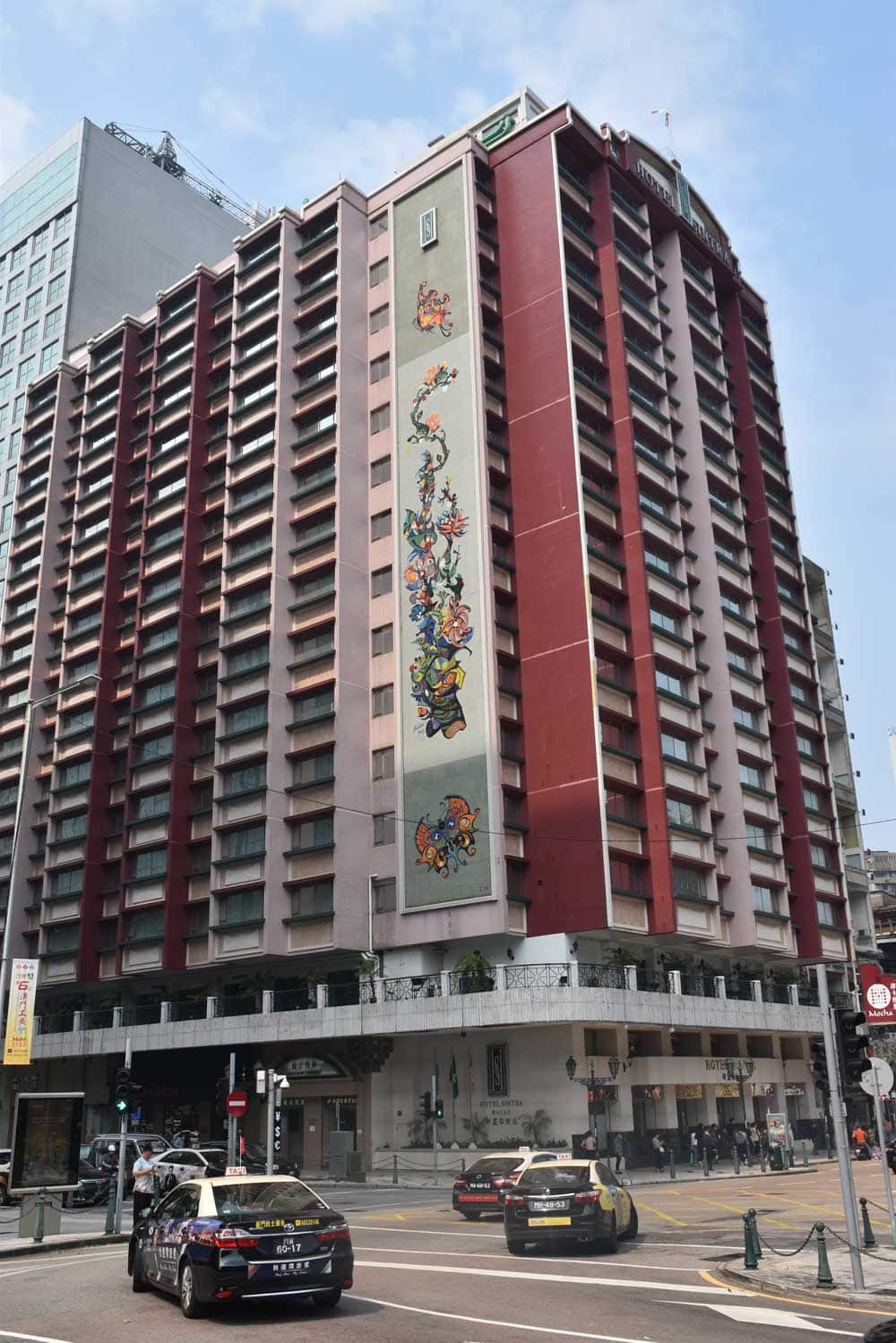 Prices are very good too, with Standard Rooms around $750 Sunday to Thursday and just over $1000 on Fridays and Saturdays. 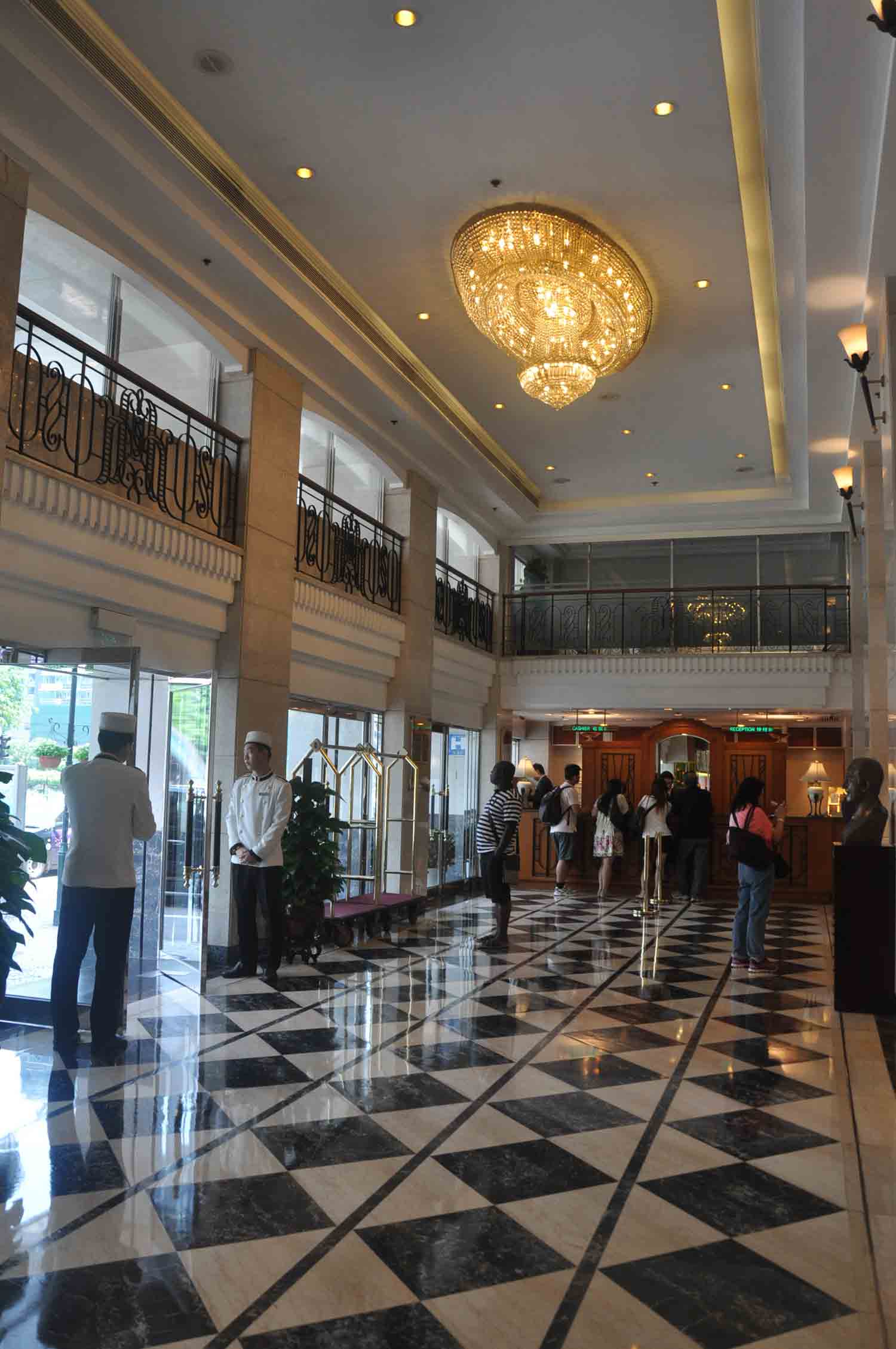 The Sintra is quite well received online and friends of mine who’ve been there also gave it glowing reviews.  They say that while the hotel is neither posh nor luxurious, it gives visitors everything they need for a pleasant, hassle free stay.  After my time there, I would agree with that assessment 100%.  In my view, the Sintra is just as good as Pousada de Mong Ha, if not better, and should be your first hotel of choice in this price bracket. 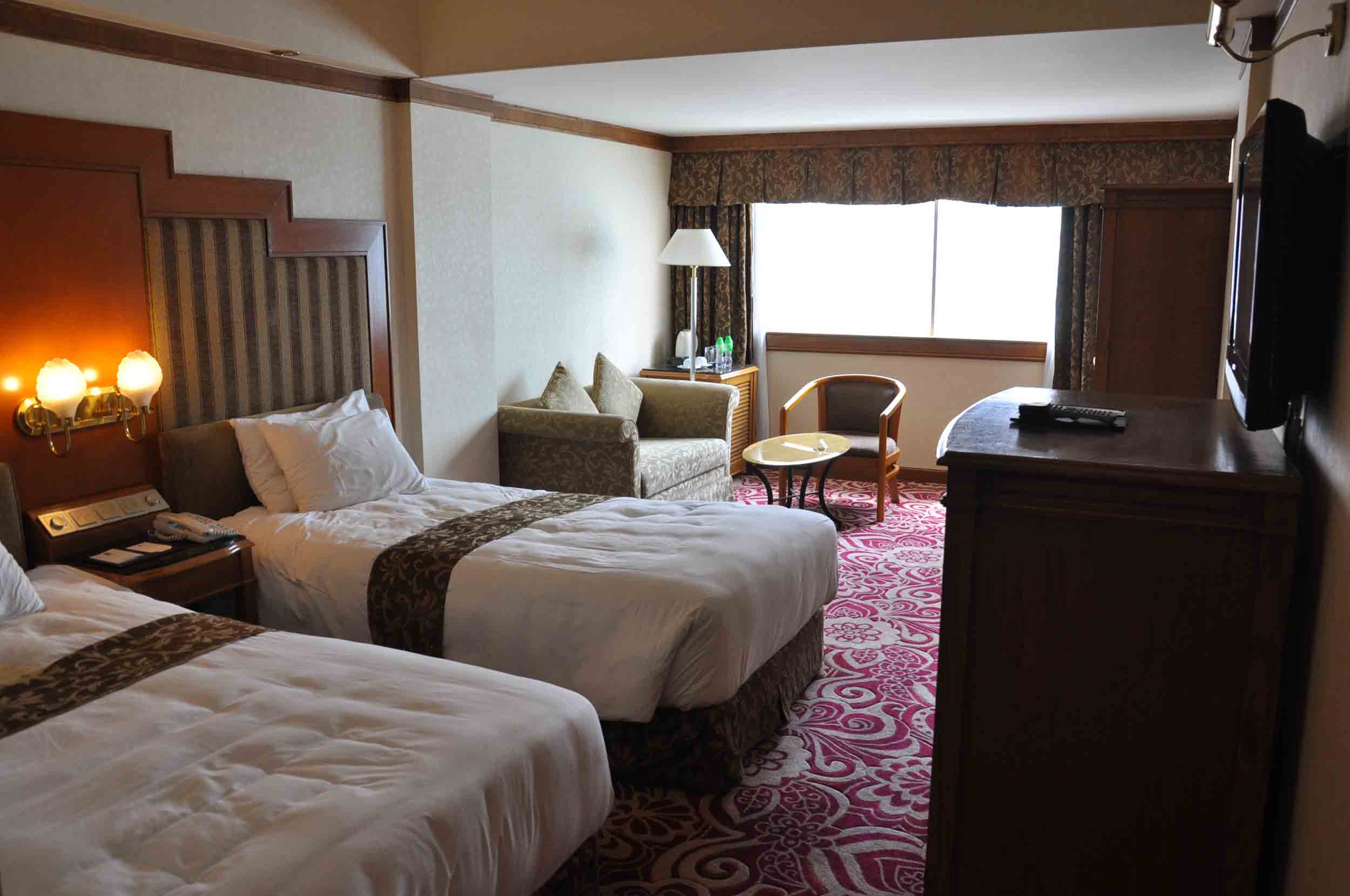 First of all, I thought the rooms were extremely comfortable for a three star hotel.  The beds were soft, the furniture in good condition and the bathroom was spotless, with a pretty good jacuzzi shower. 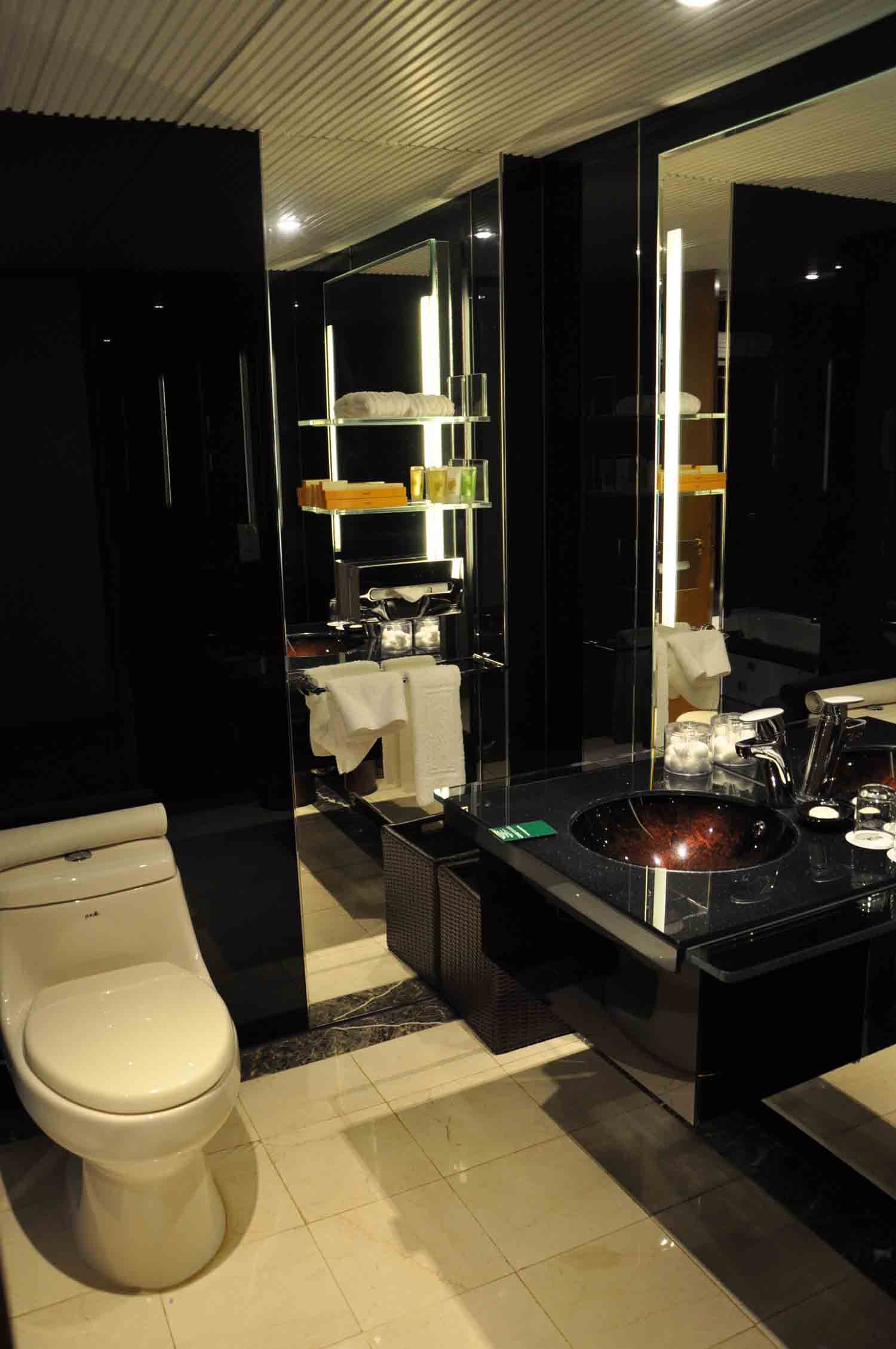 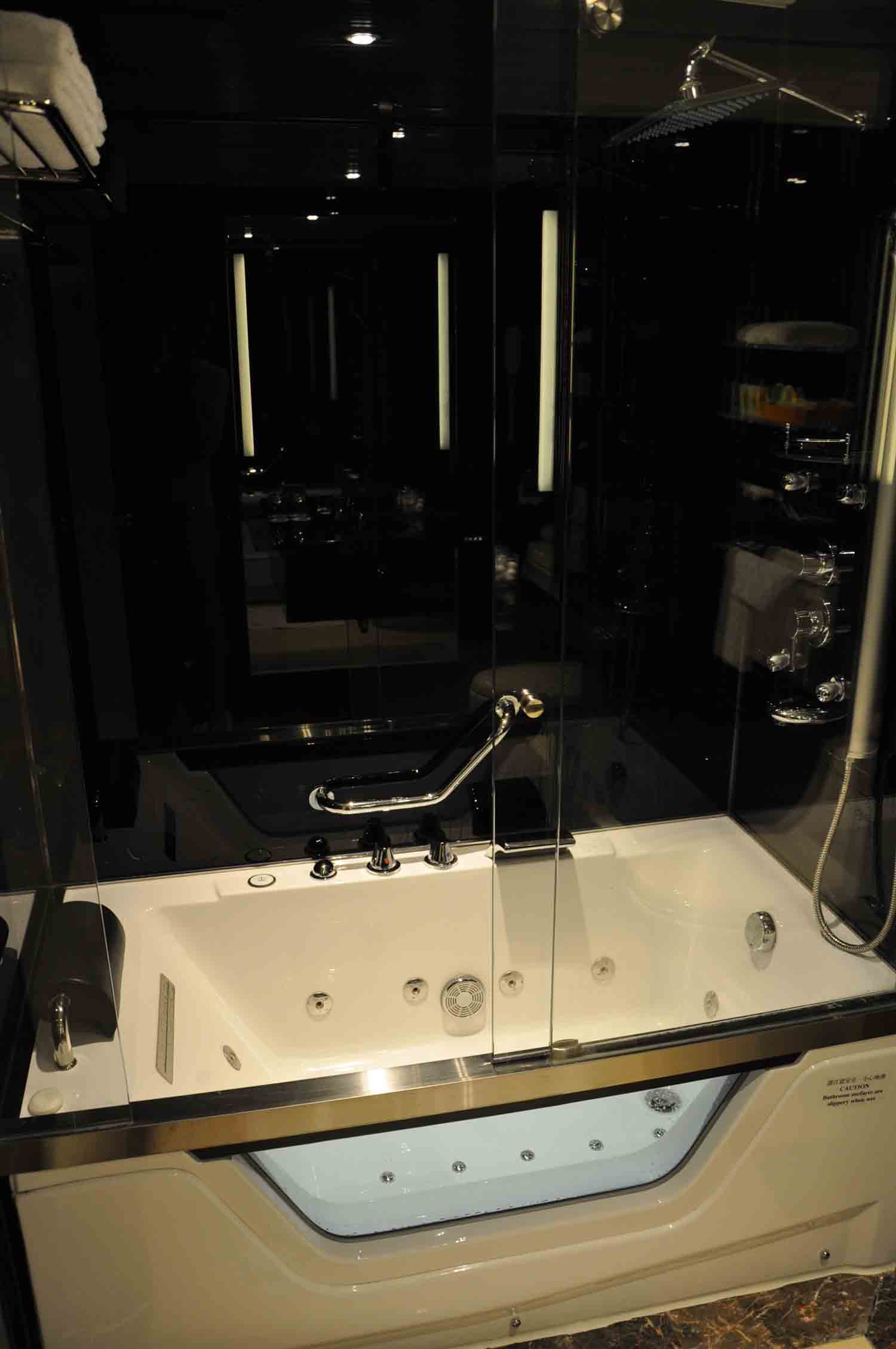 More to the point however, I didn’t encounter any issue at the Sintra that detracted from the overall experience.  In many other mid-range hotels like this in Macau, the curtains are ragged, or the rug is worn, there’s mould in the bathtub, housekeeping doesn’t change the towels, or something in the room doesn’t work etc. In other words, standards are slipping somewhere and the hotel doesn’t care enough to get it right. 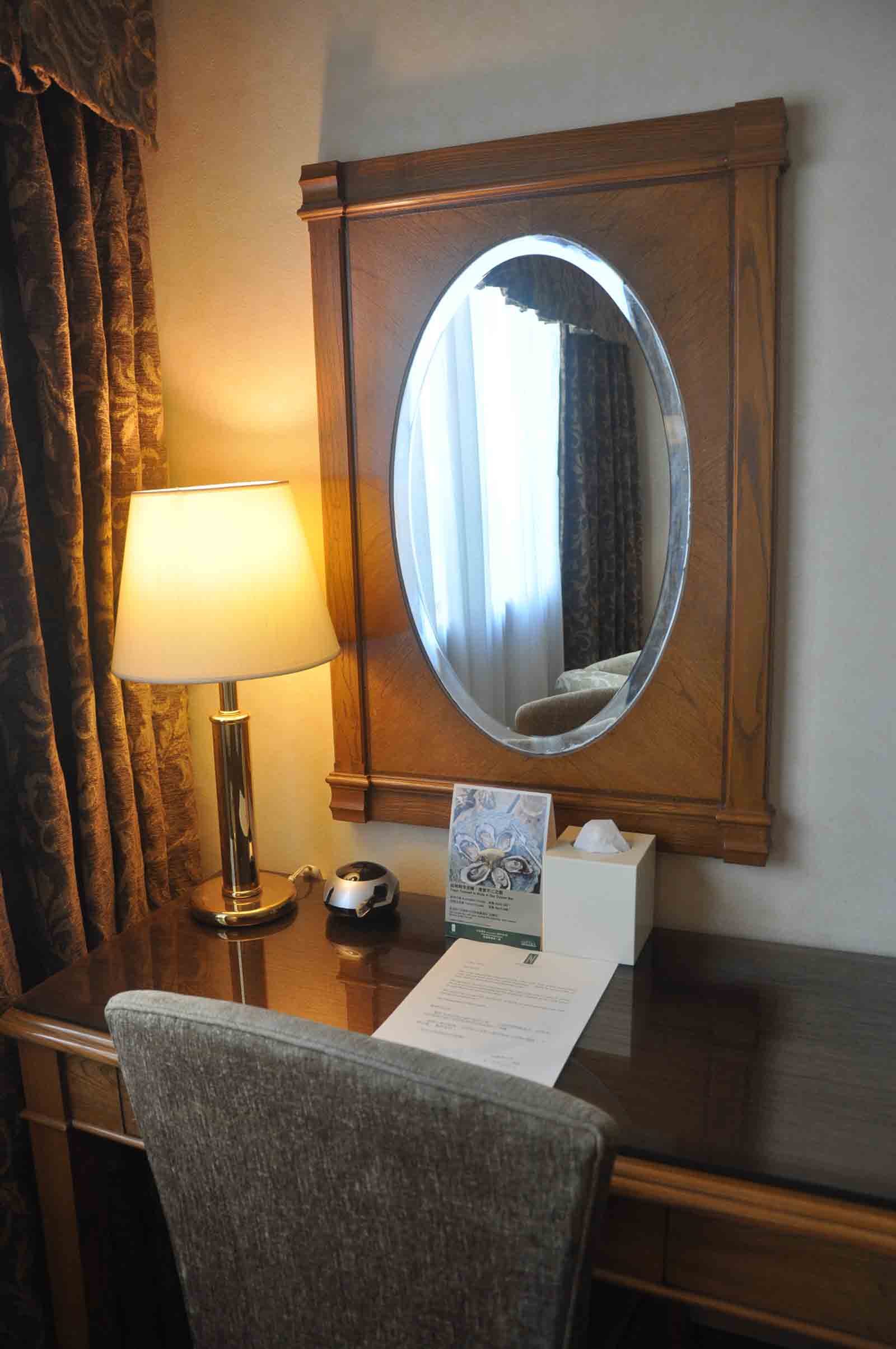 At the Sintra however, they stay on top of everything, and I thought the service and general standard were both to five star levels, even if the room, amenities, and facilities didn’t quite match that grade. 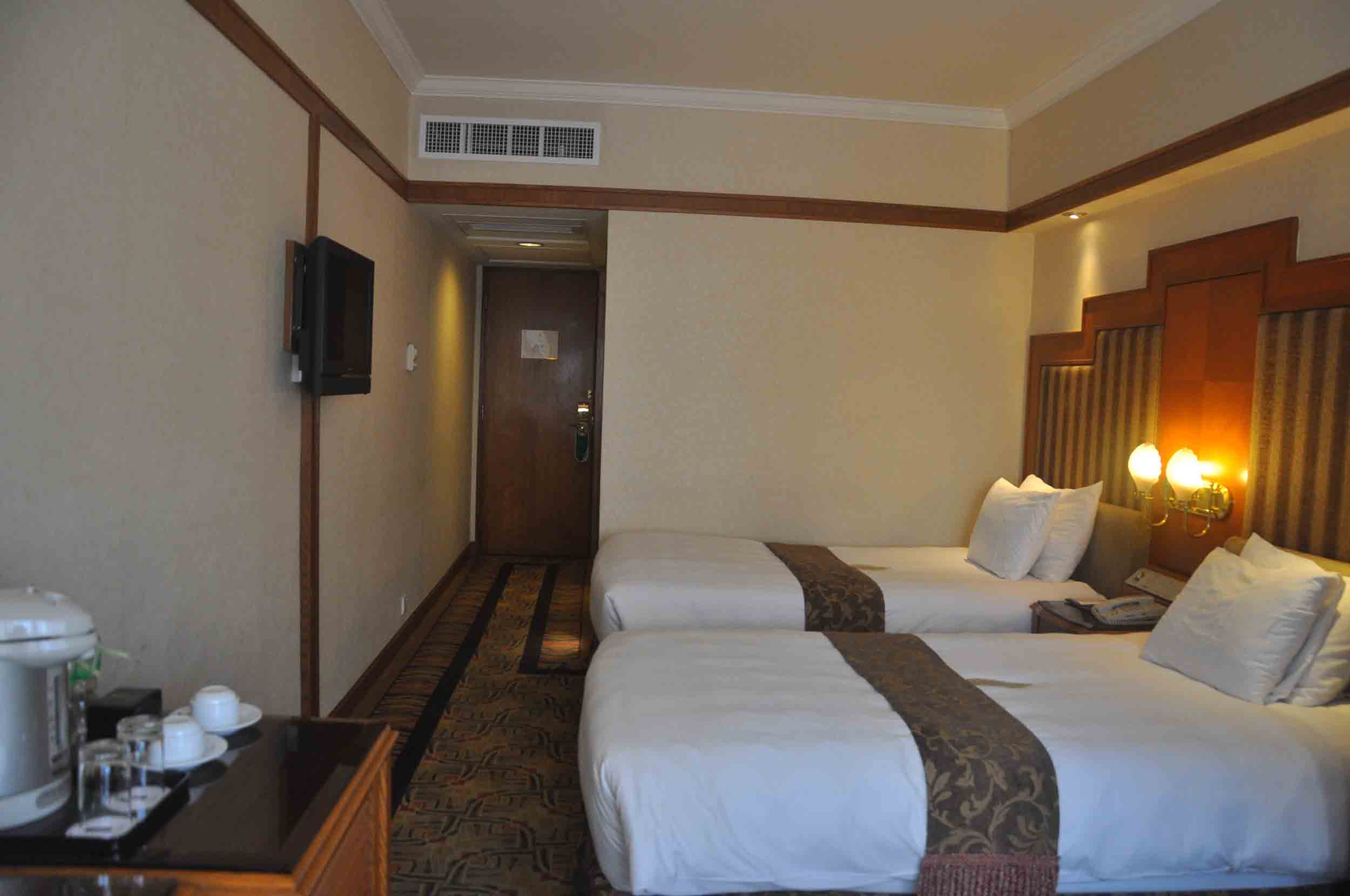 When you throw in its fantastic location and low rates, I wouldn’t hesitate in calling the Sintra one of the best hotels in town.

Now in order to show both sides, some online commentary has recently criticised the hotel’s Wifi service and breakfast.  I didn’t have any problems with the Wifi dropping out all the time, but do remember that it was a little on the slow side.  Regardless, it is free so kudos to the Sintra for that.  As for breakfast I never tried it and never will.  In Macau, I’m always saving myself up for lunch.

After checking in, I started my afternoon activities by taking a walk down the Amizade Strip to the Science Center.

The Science Center is another place that’s well liked online, so I thought I should pay it a visit.  I never really had much interest in it before, just by how it looks from the outside.  The building is one weird looking mother, probably best described as one hell of a something. 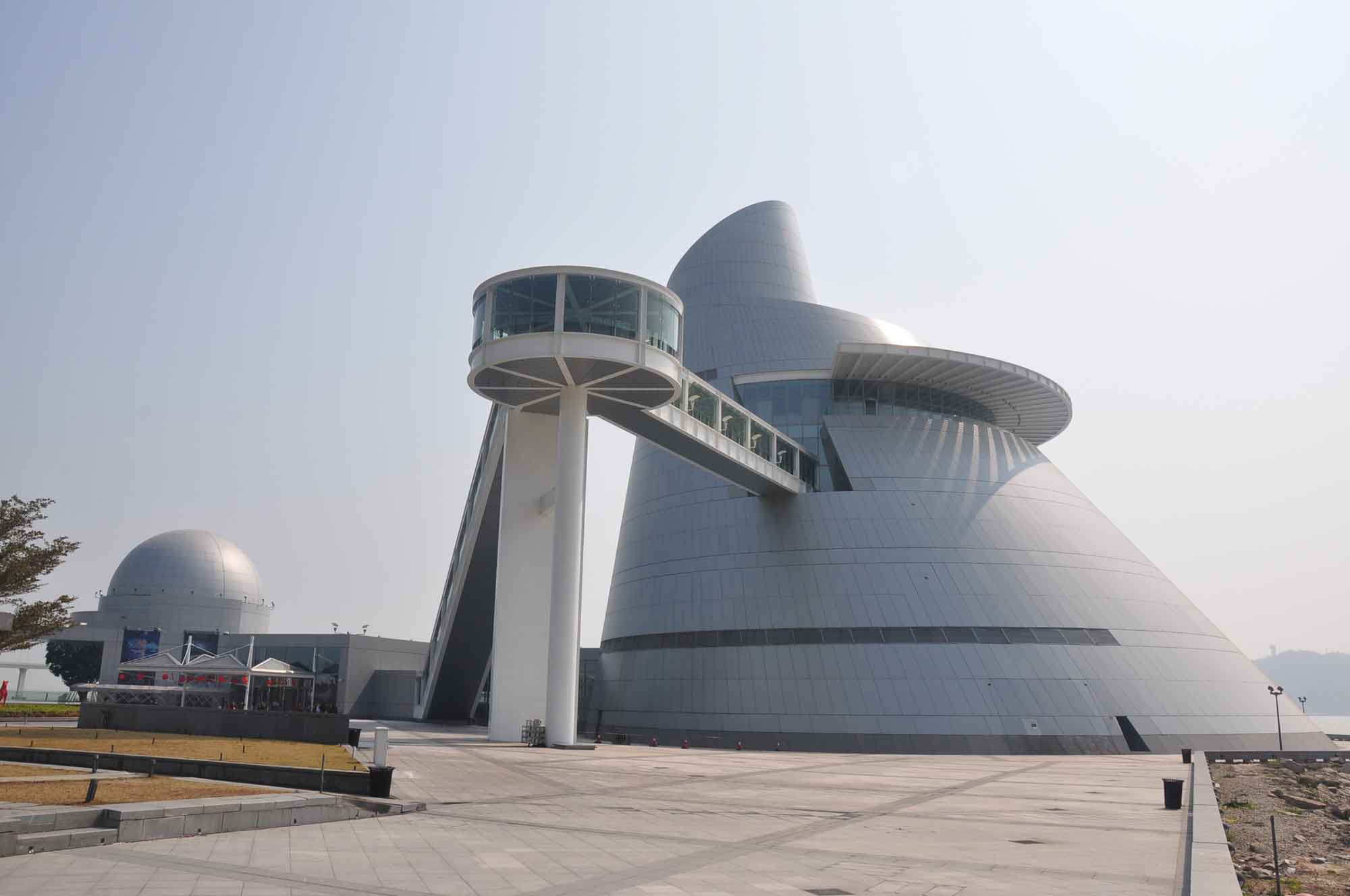 Nestled up against the water out by the Sands Macao, tickets are $25 for adults and $15 for children under 11.  Hours are from 10 am to 6 pm daily, except on Thursdays and public holidays when it’s closed.  In July and August, however, it stays open everyday.

The Science Center is made up of 14 different galleries, covering topics that include space, weather, food, robotics, sports, and eco conservation.  The majority of visitors that day were children on school trips and I saw scores of them running happily from gallery to gallery, playing with the exhibits and having a great time.  Whatever science was behind the exhibit was of no importance at all, it was all about throwing the balls, balancing on the beam or playing with the toy trucks. 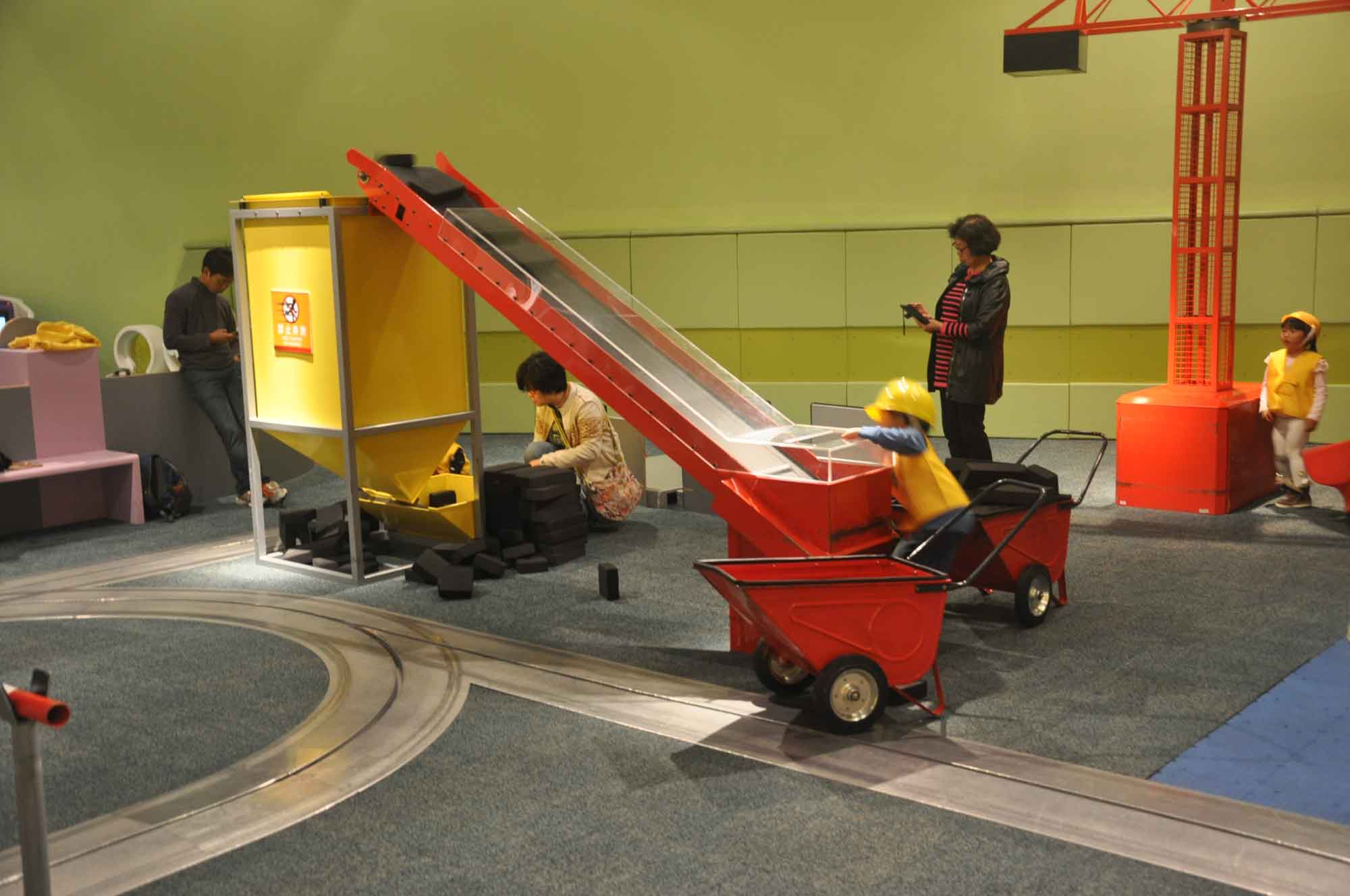 Even younger children aged 3 to 6 were completely into it, especially in the play area on the first floor that was set up just for them.  There they were on a mock construction site, in hard hats, moving blocks off a conveyor belt or loading them up, while others were in charge of raising the gates, thinking they were in charge of the world. 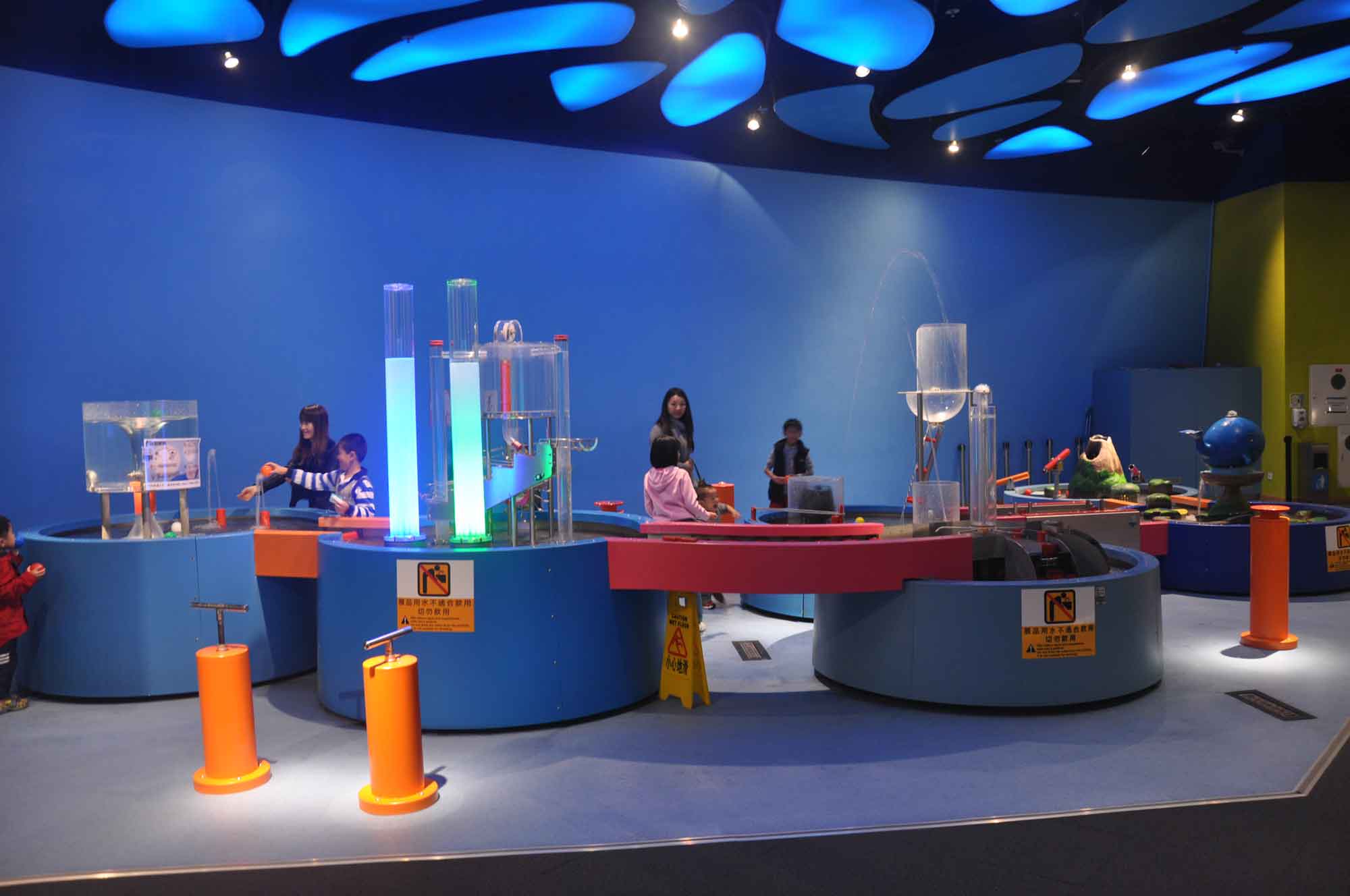 My initial impression of the Science Center was that it was just one big Kidz Zone/Playhouse, and a rather good one at that.

As an attraction for adults though, I don’t know how relevant it is.  While many of the exhibits genuinely tried to teach something, whether it be about recycling, how to cook certain things, or light rail technology, most of it was aimed at children or teenagers.  There definitely wasn’t much advanced stuff. 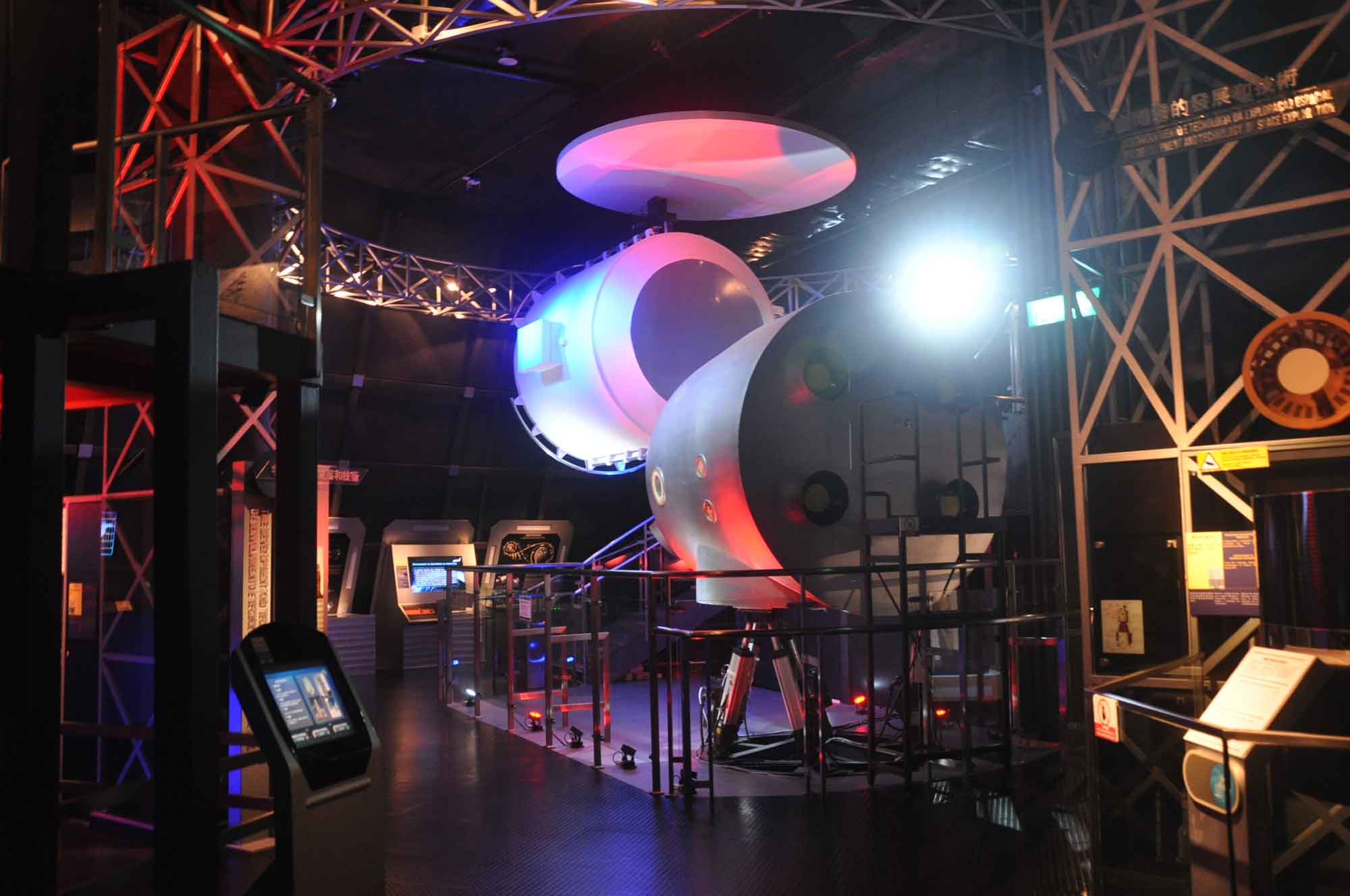 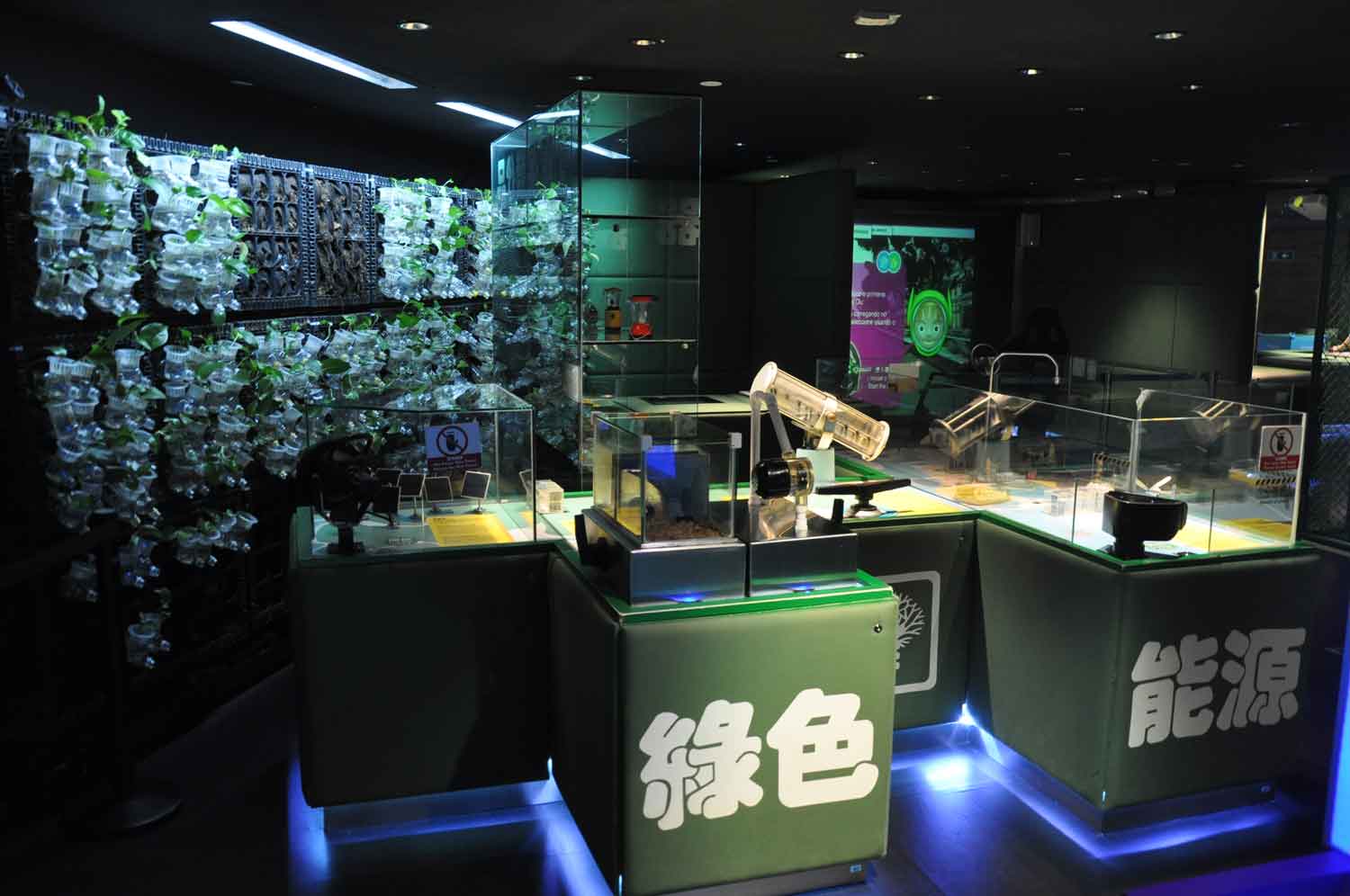 The best gallery was the Sport Challenge Gallery, where visitors could test all aspects of their physical fitness, such as strength, balance, BMI, reaction time and blood pressure.  It was like having a physical at the doctor’s office, without actually seeing the doctor.  That was basically the only gallery that was busy, people mostly just shuffled in and out of the other ones. 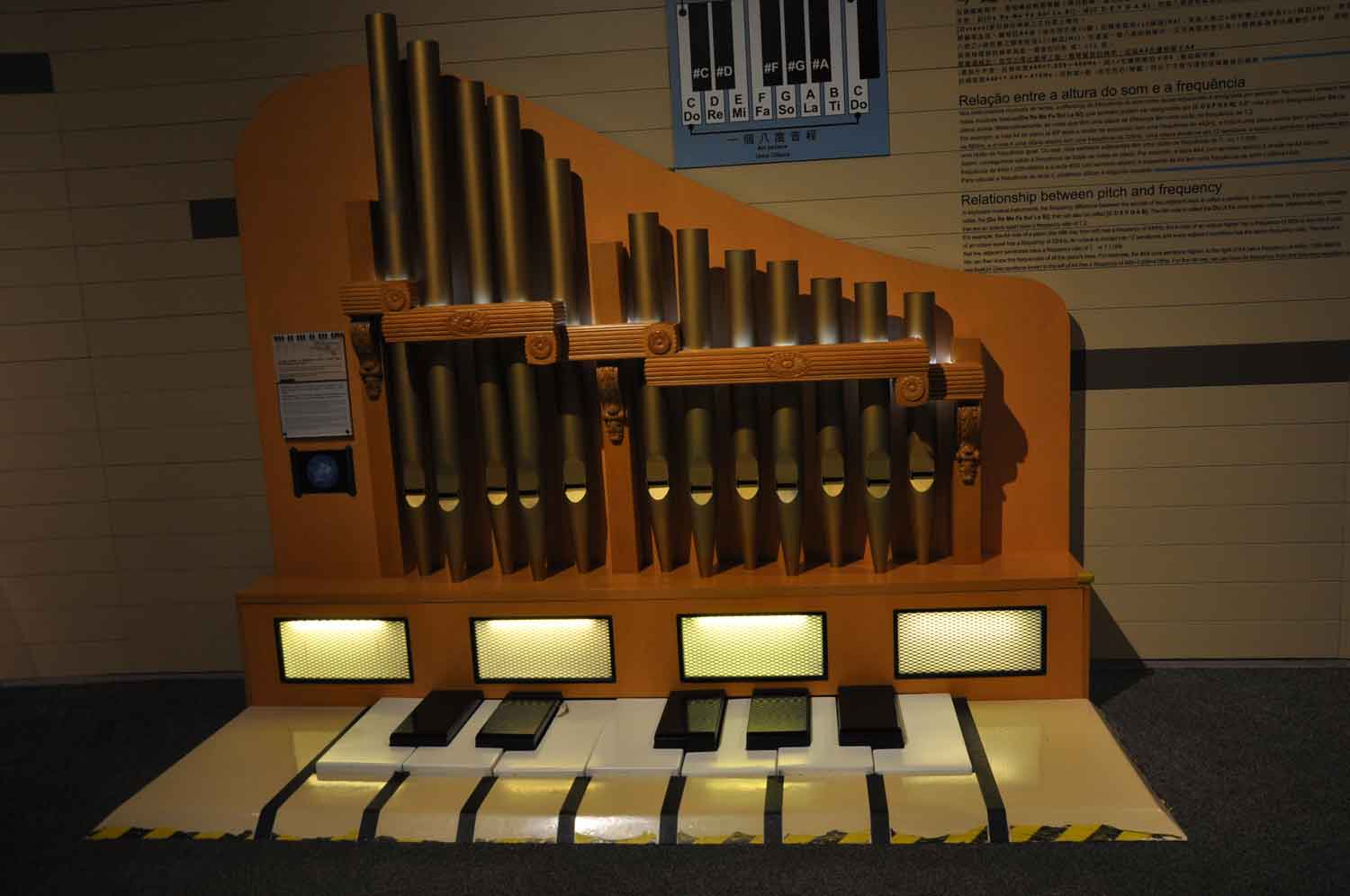 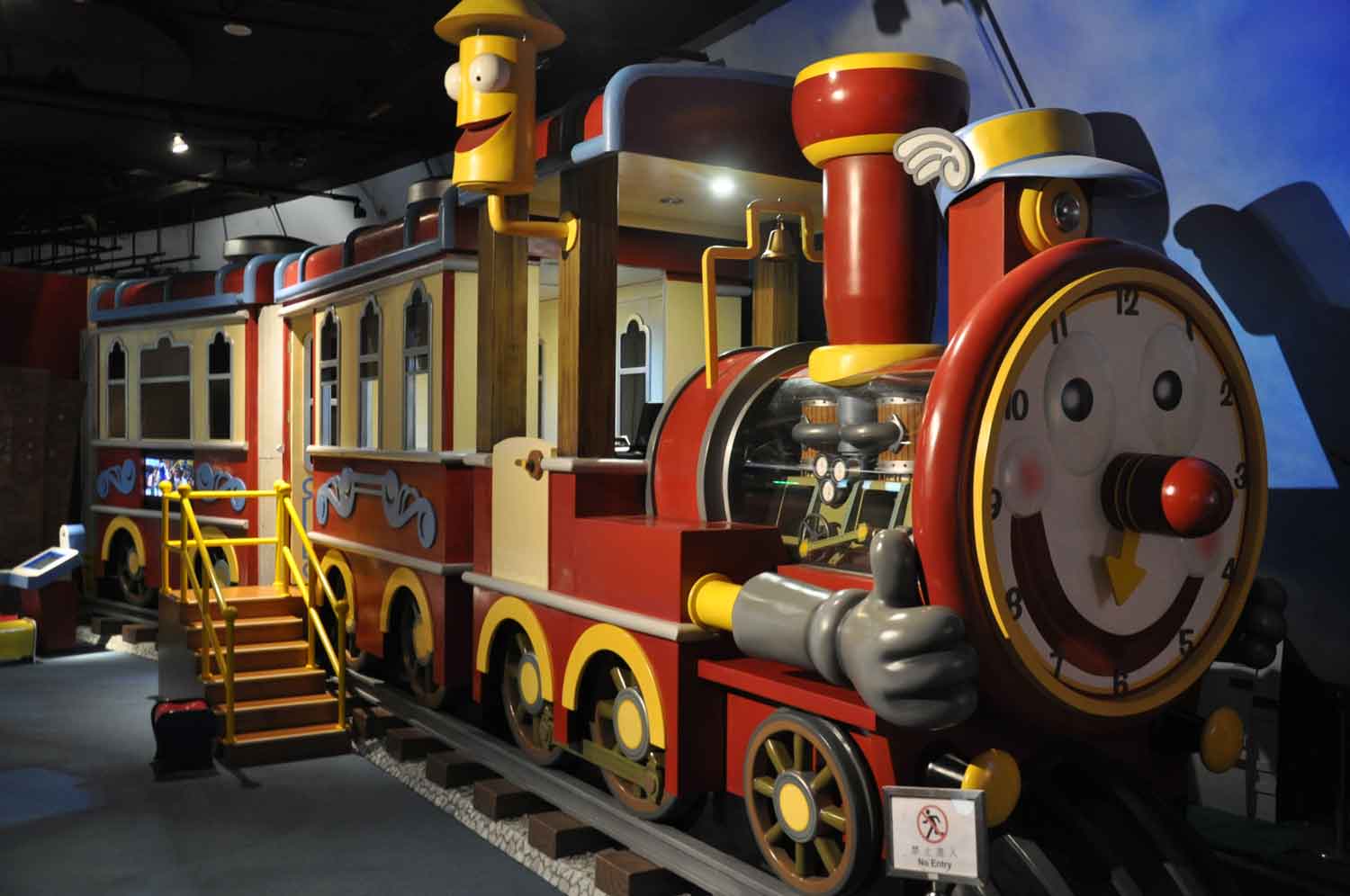 The Science Center also has a Planetarium that broadcasts shows in 2D and 3D at a resolution 16 times more detailed than screens in movie theaters.  Programs are broadcast in Cantonese, Mandarin, Portuguese and English, so don’t worry about any language barriers.  Most of the shows seem to be related to astronomy in some way, and run between 30 and 60 minutes.  Tickets for 3D shows cost $65 for adults and $30 for children under 11, while 2D shows are $50 and $20 respectively.  For local Macau residents, other discounts are available.

After the Science Center, my next stop of the day was to hit the Venetian to see the latest installment of Ice World.  After hopping the free casino bus from the Sands Macao, I got there at about 5:00 pm.