The St. Anthony Procession is the smallest of Macau’s three annual Processions, held in honour of St. Anthony of Padua, who was born in Lisbon in 1195. 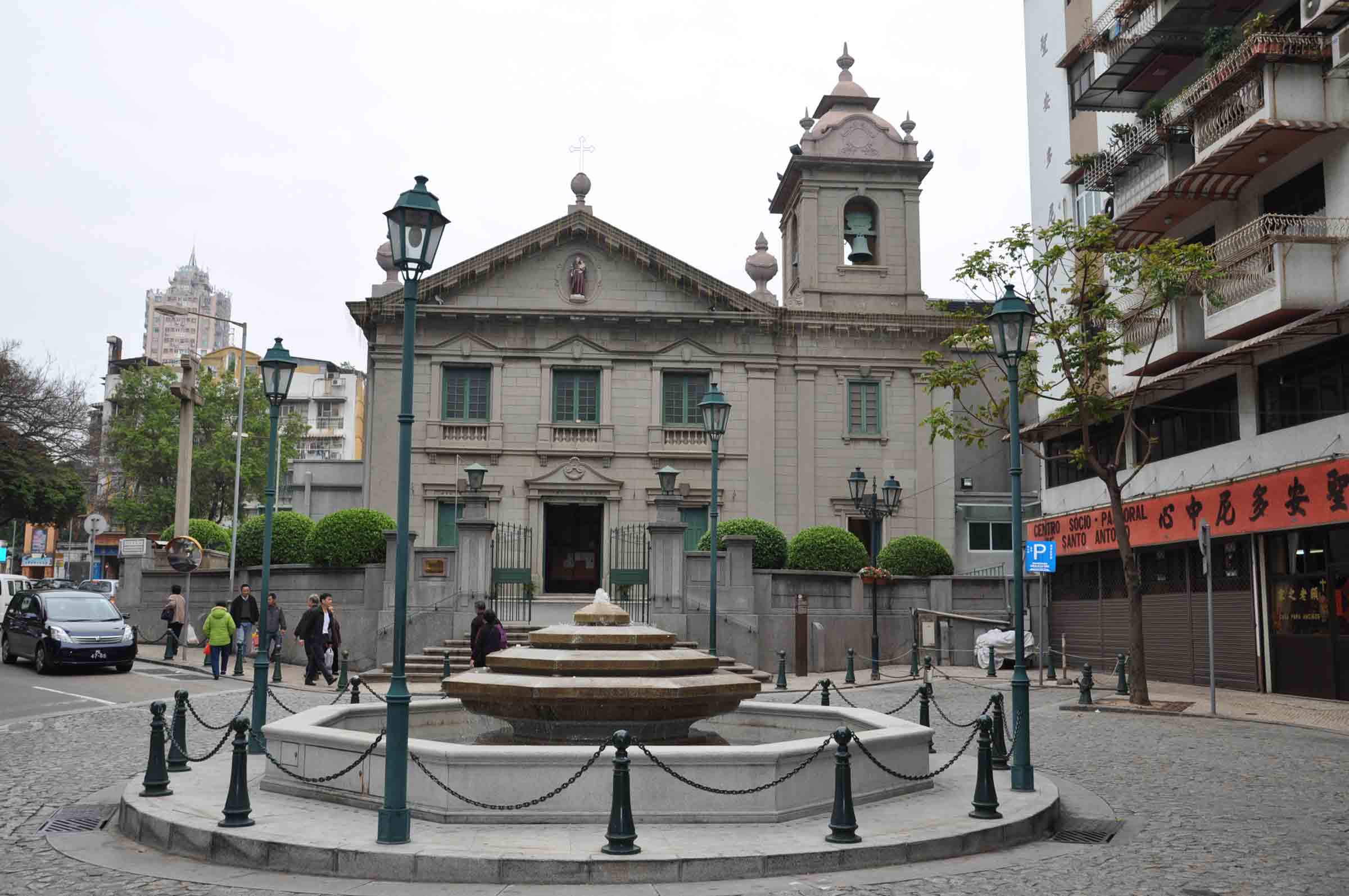 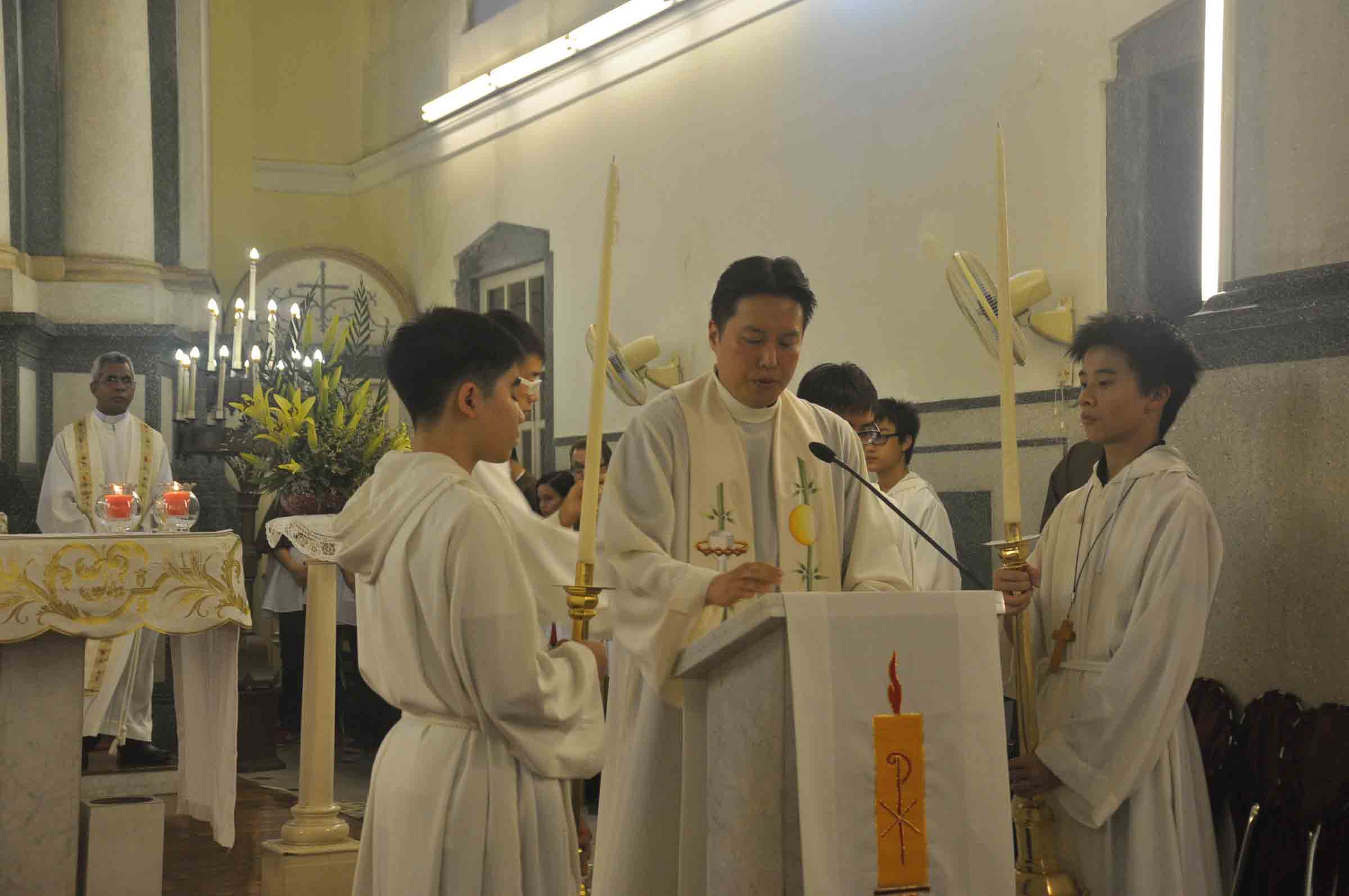 St. Anthony’s life in the Brotherhood took him to France and Italy, where he contracted ergotism in 1231.  A terrible disease characterized by large swollen blisters and internal rot, whole limbs were sometimes known to fall off before death. 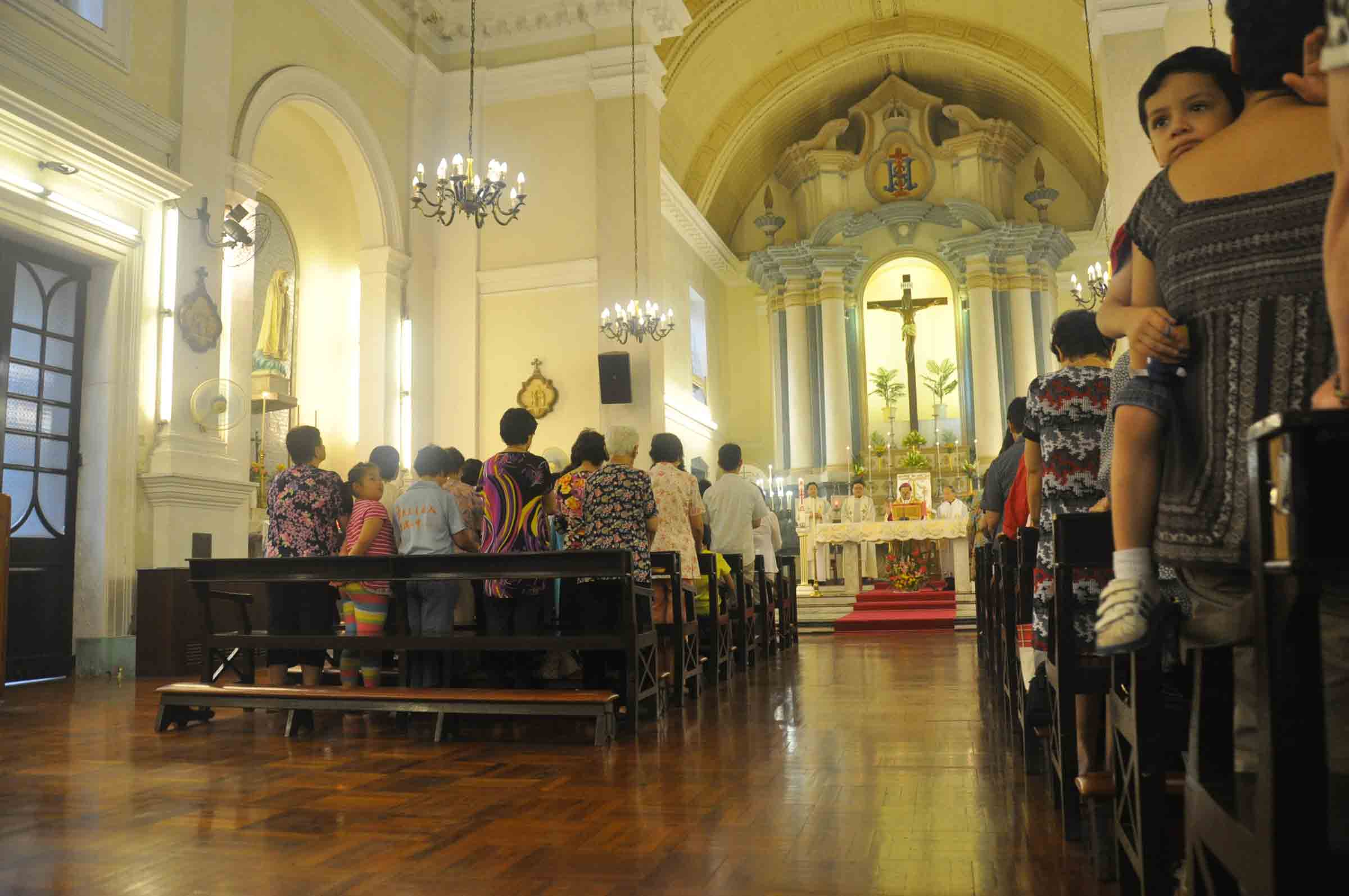 After his death, St. Anthony became revered as the Patron Saint of lost articles, lost people, lost things and lost spiritual goods.  As he had a gift for reconciling couples, he is also known as the marriage saint. 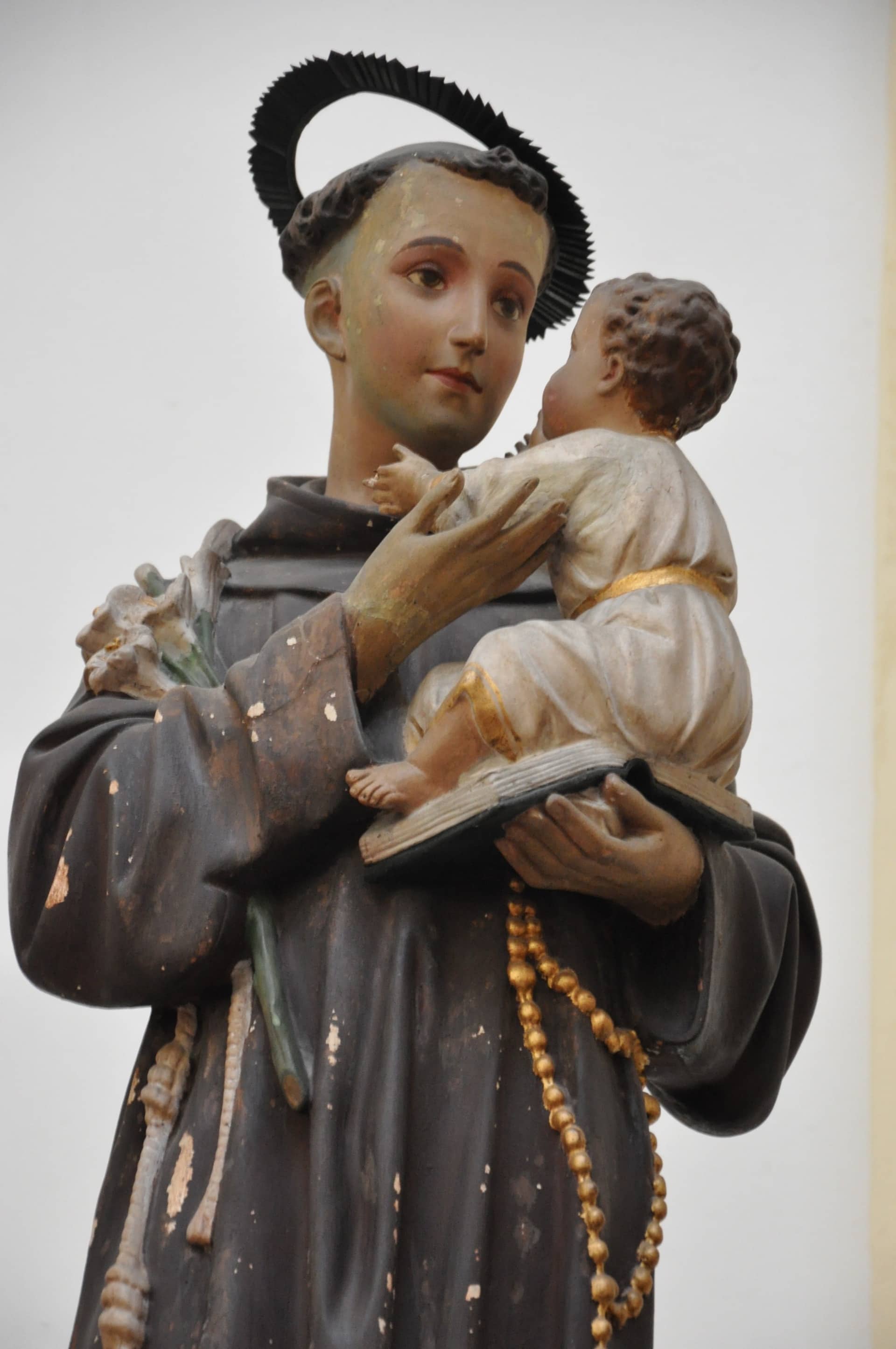 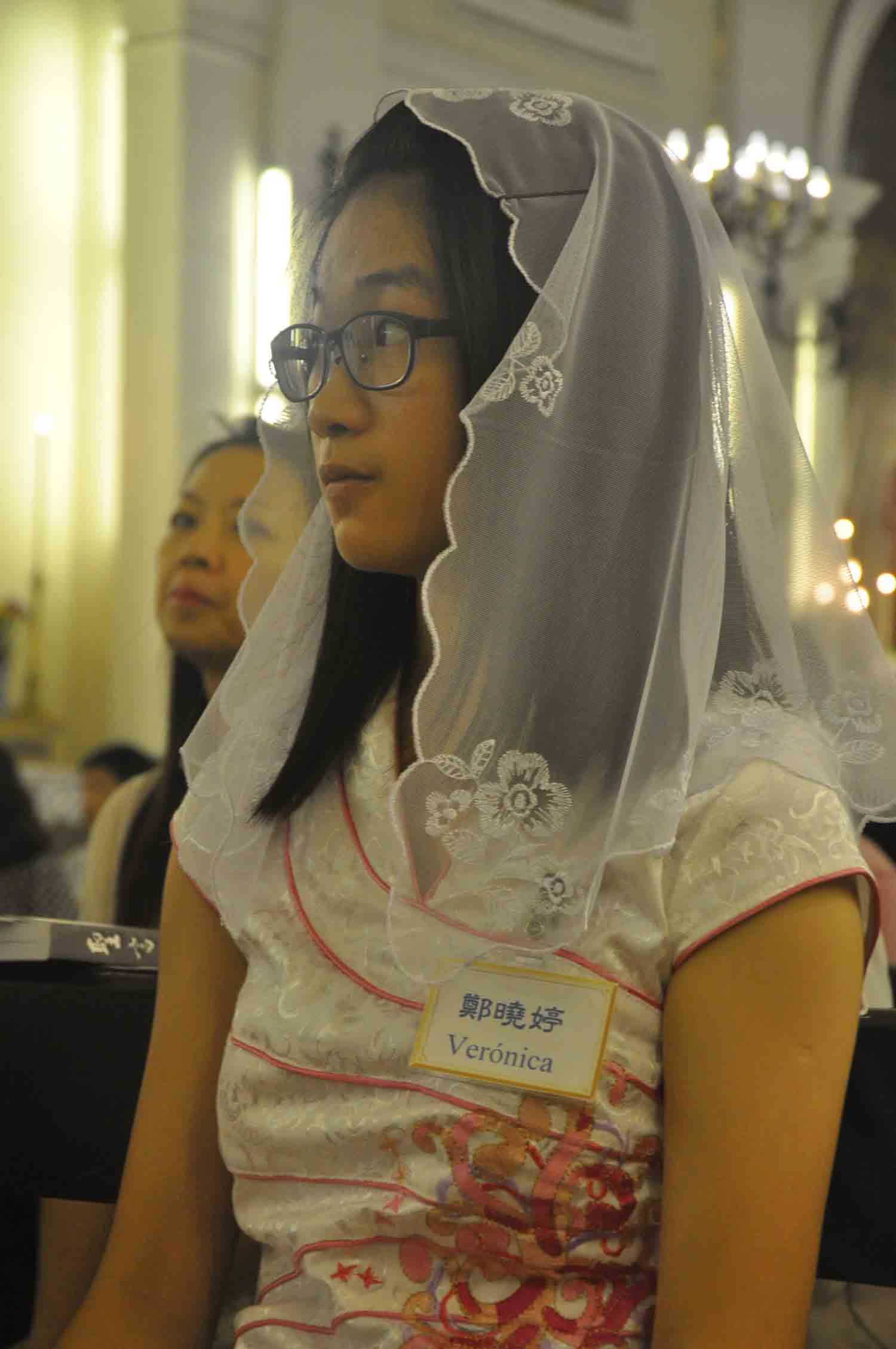 He is usually depicted wearing a brown robe and holding a lily stalk, which signifies his purity.  St. Anthony is also associated with fish, since he is said to have preached to them.  Another common symbol is a flaming heart, due to his intense visionary fervor.

The St. Anthony Procession is held at St. Anthony’s Church every year on the Sunday of the week of June the 13th.  Jane Law and I attended the 2014 version which fell on June the 15th. 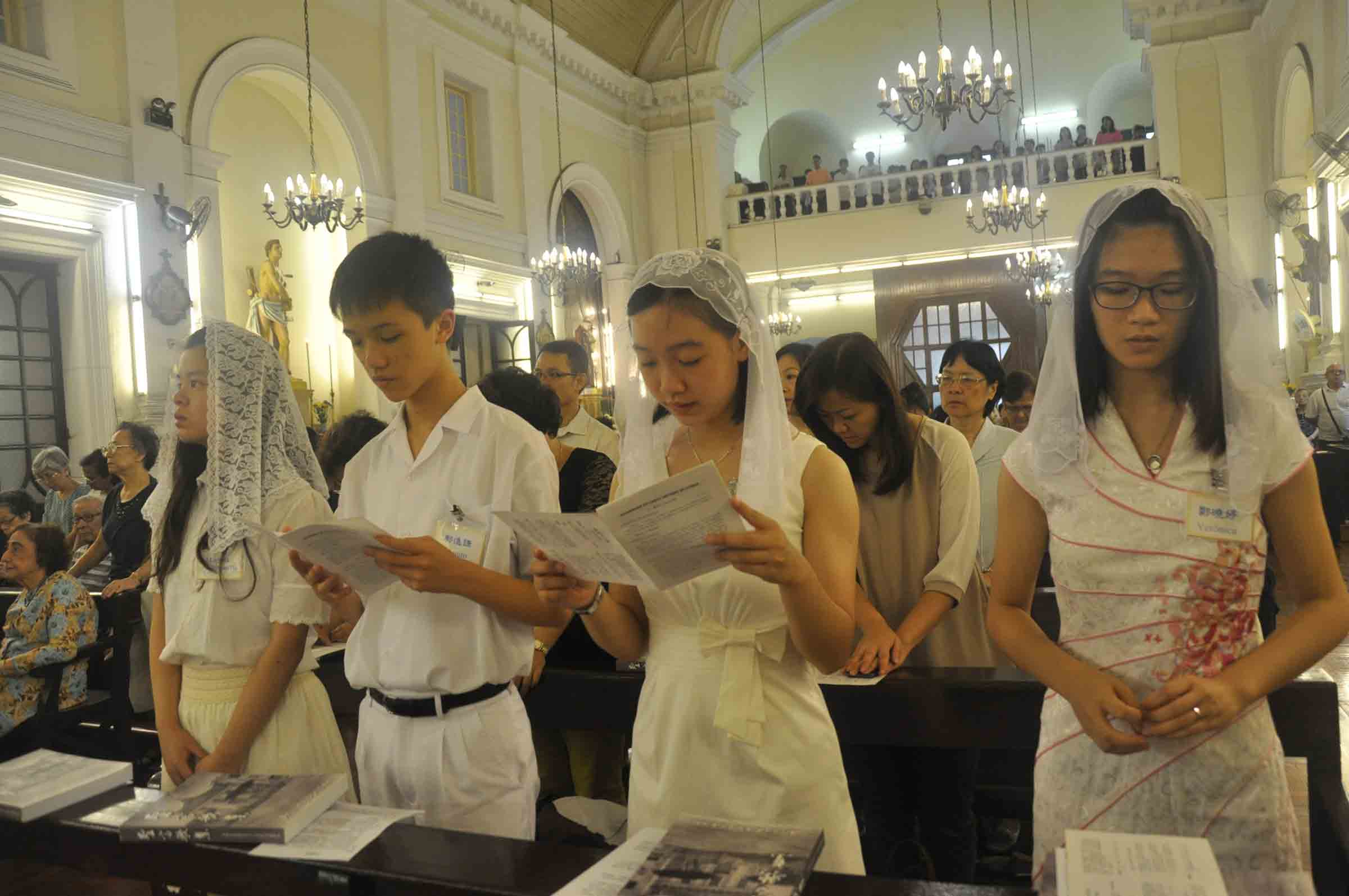 The Church was already packed by 5:00 pm when we arrived and the service began at 5:20 pm with speeches and prayers.  I must admit I’m the worst person in the world to guide you through the proceedings since I couldn’t understand a word that was being said.  All of the speakers used Cantonese while I believe some Portuguese was sprinkled in as well. 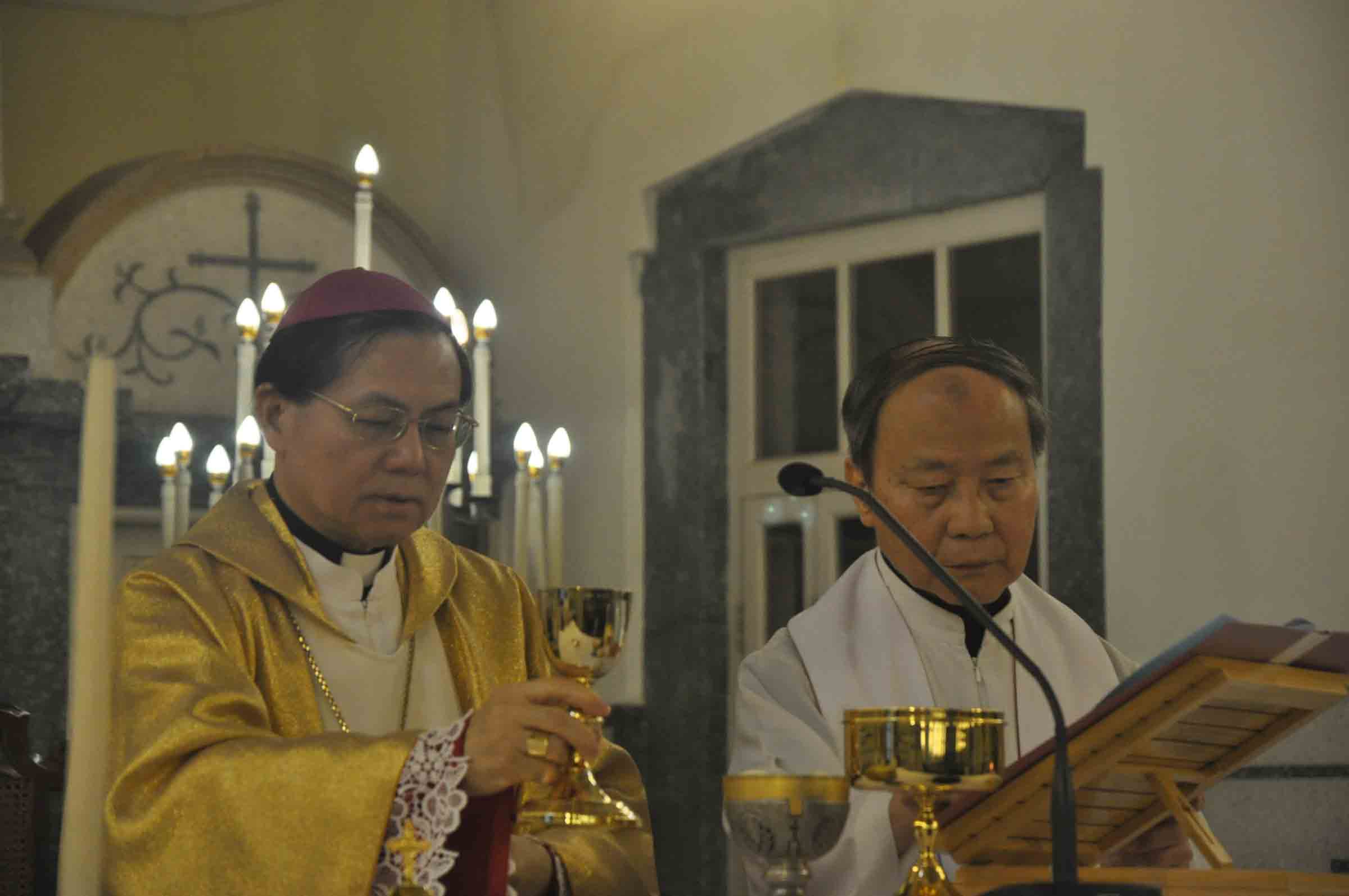 Regardless, the highlight of the festivities involved the Bishop of Macau baptizing four teenagers who each wore different name cards, probably as part of a larger story. 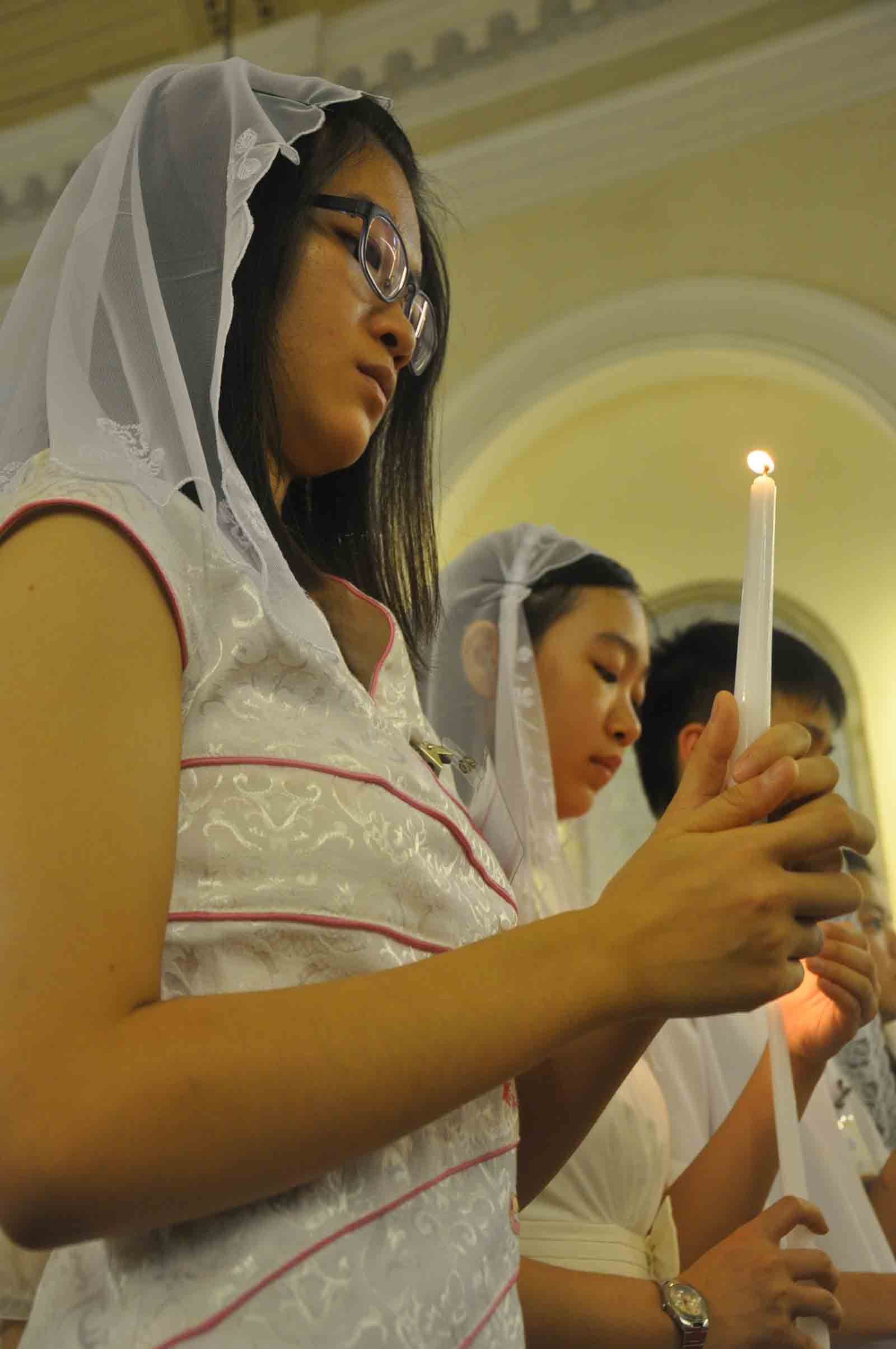 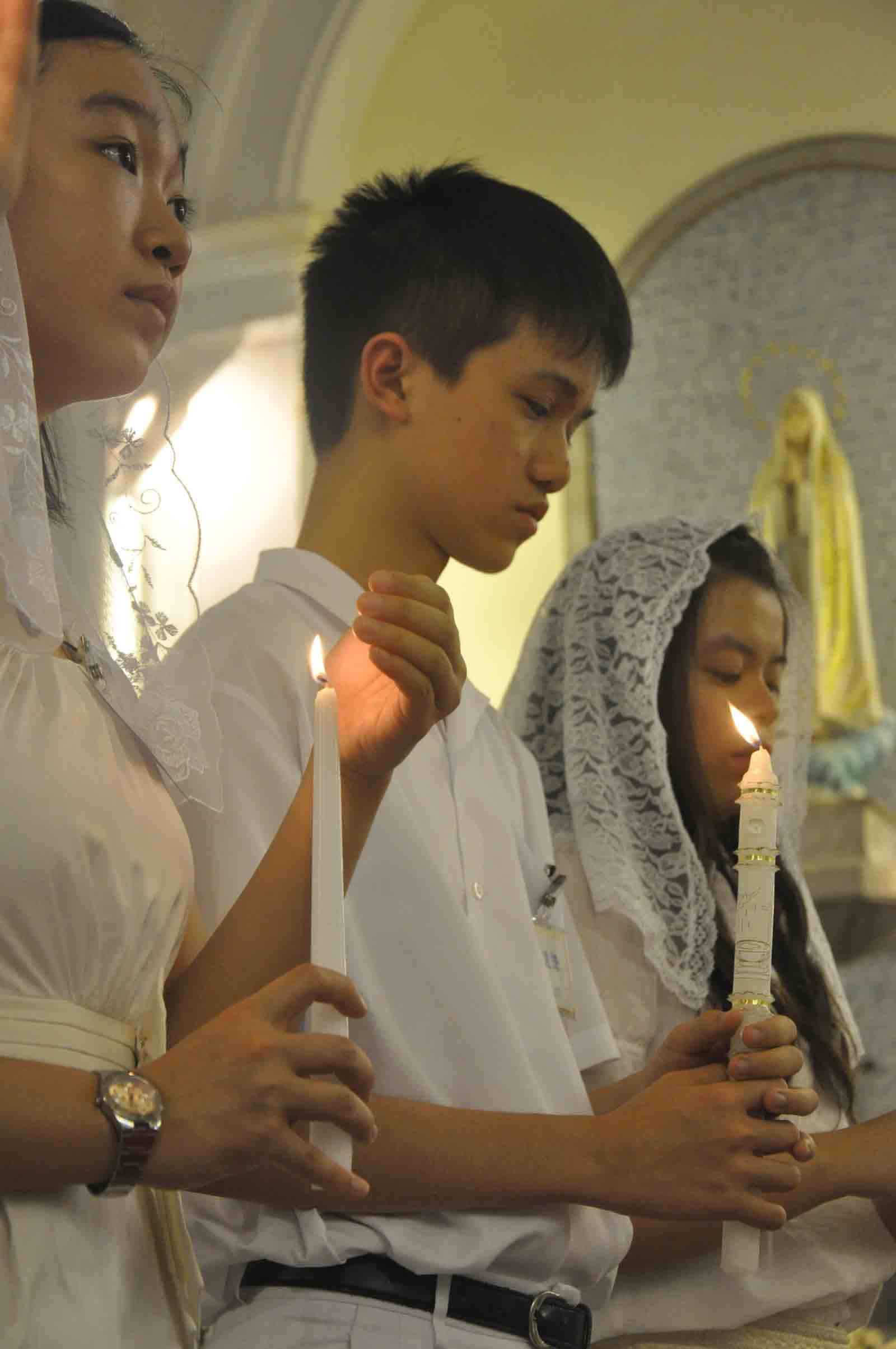 Jane was able to get right up close to the front and took these fantastic pictures. 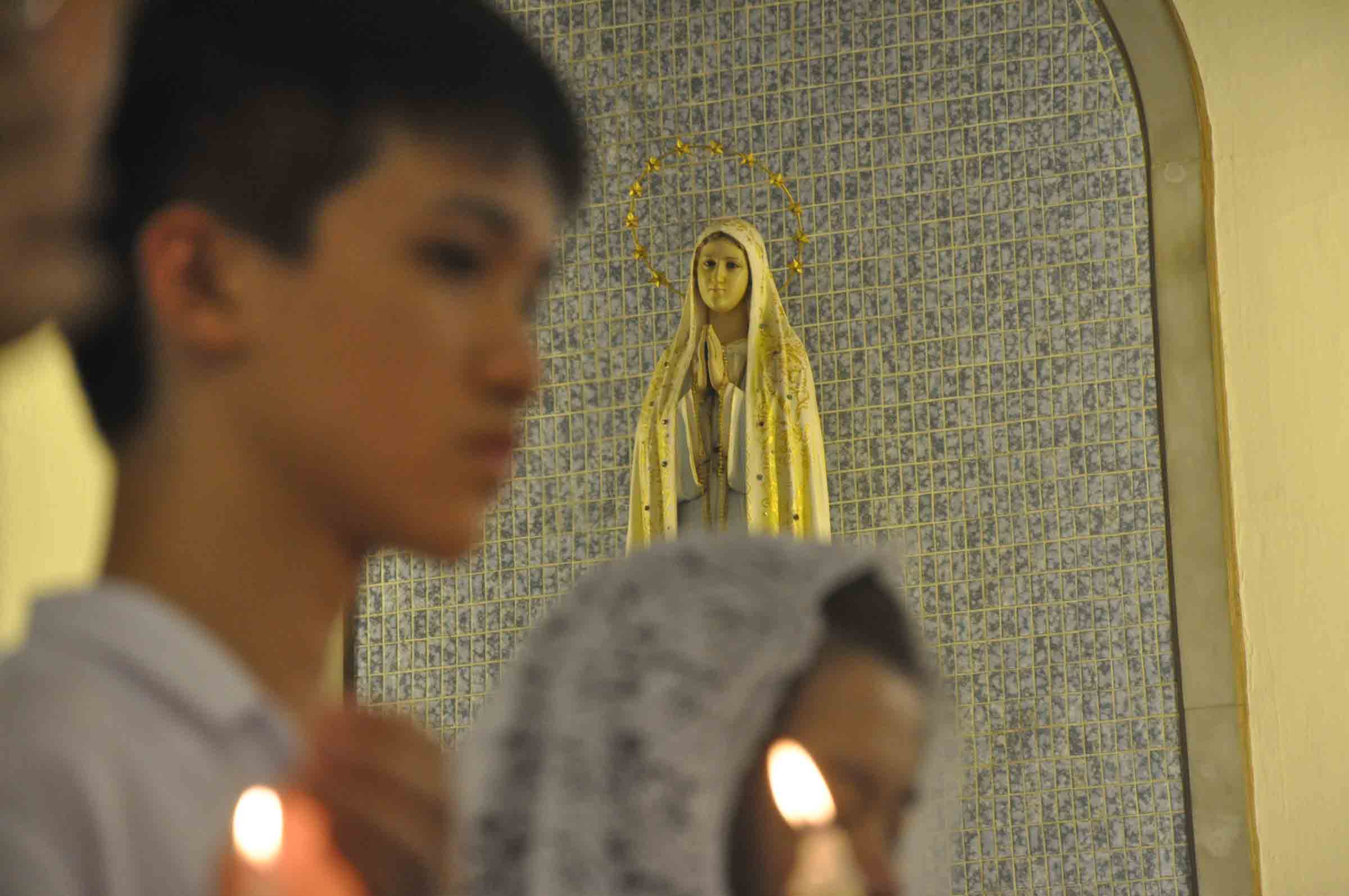 It all appeared very righteous and somber, and I would have loved to have known what was going on exactly. 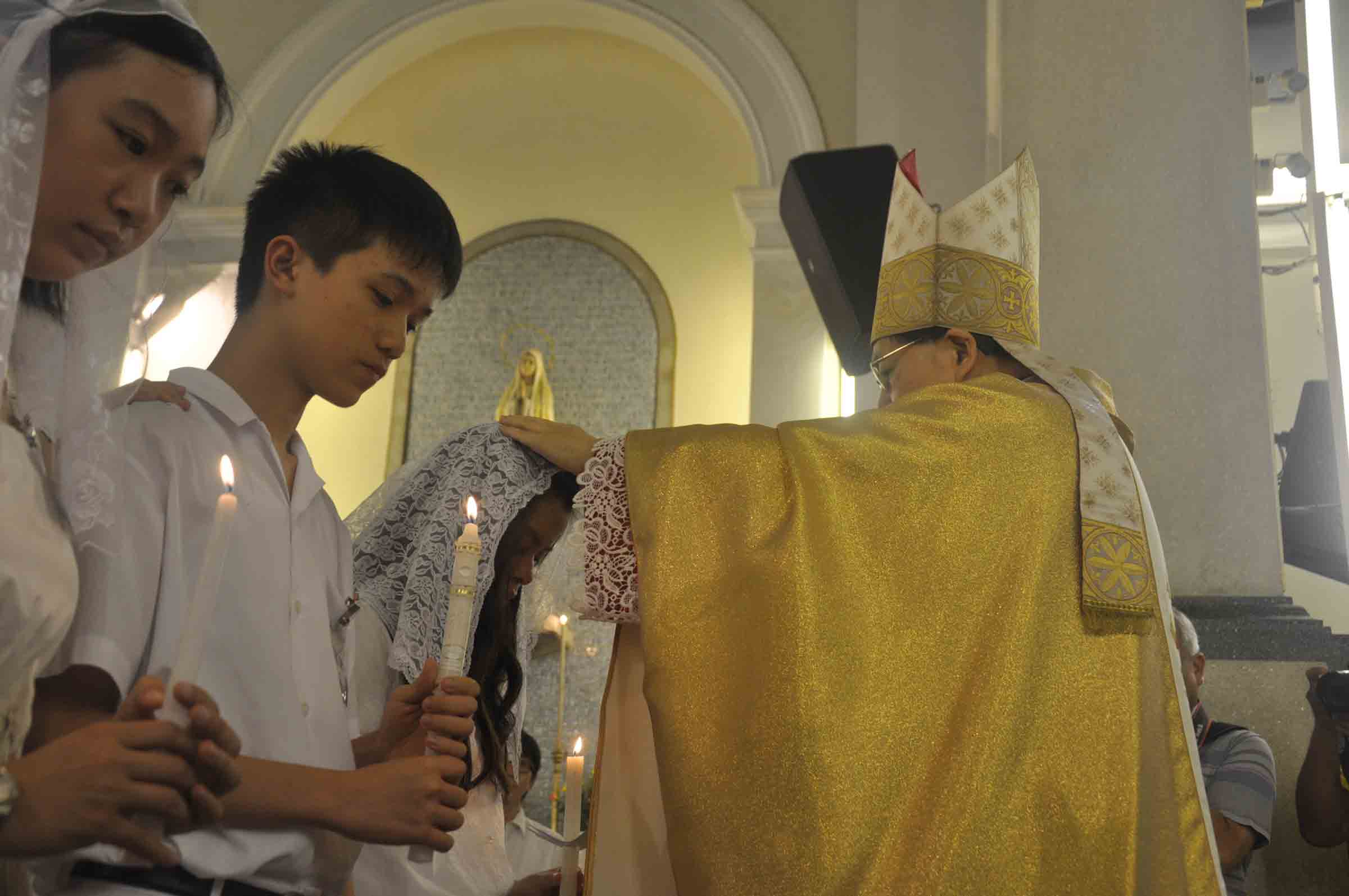 At the end, the priest washed his hands in holy water, hopefully cleansing us of all our sins. 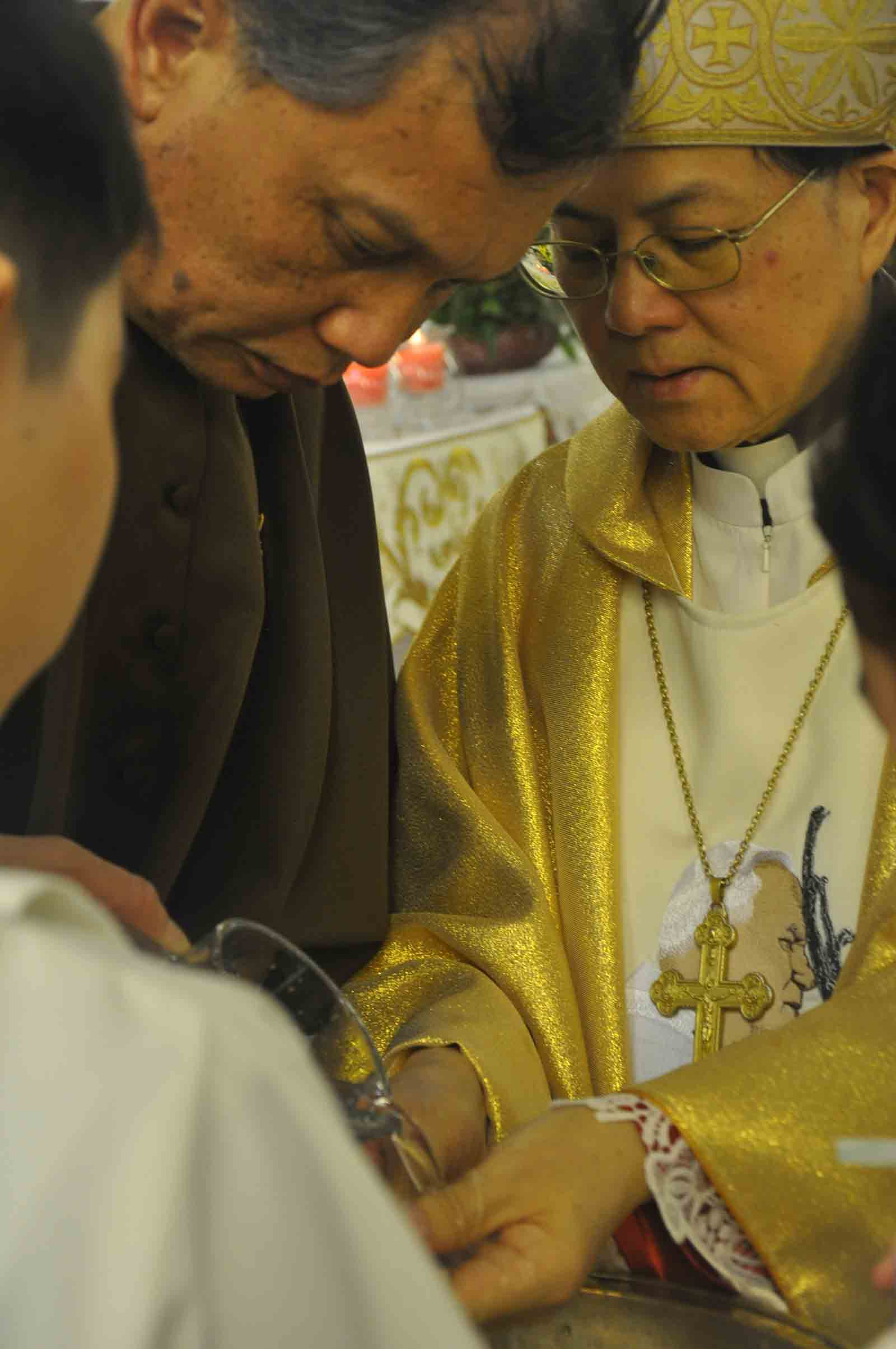 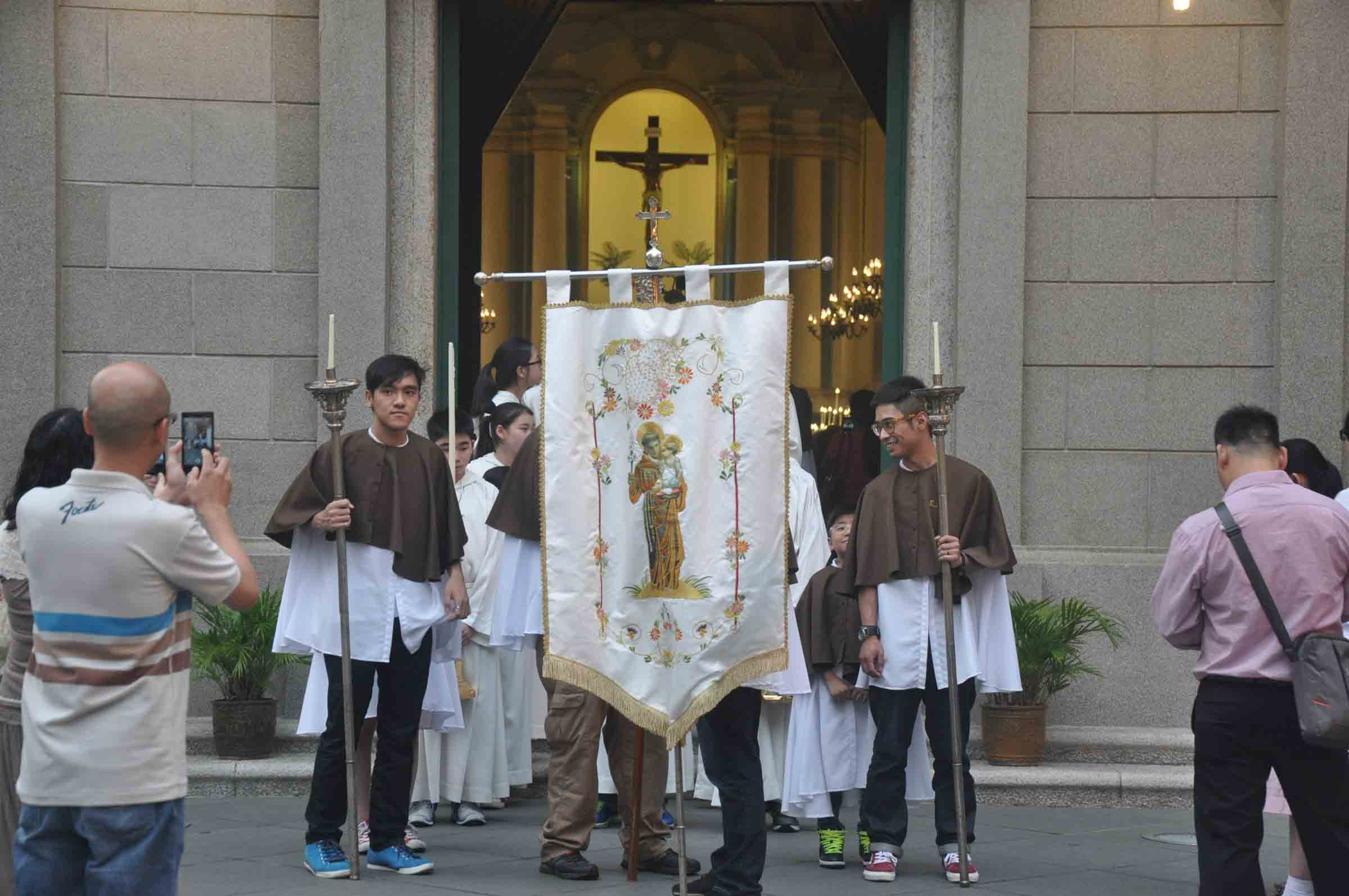 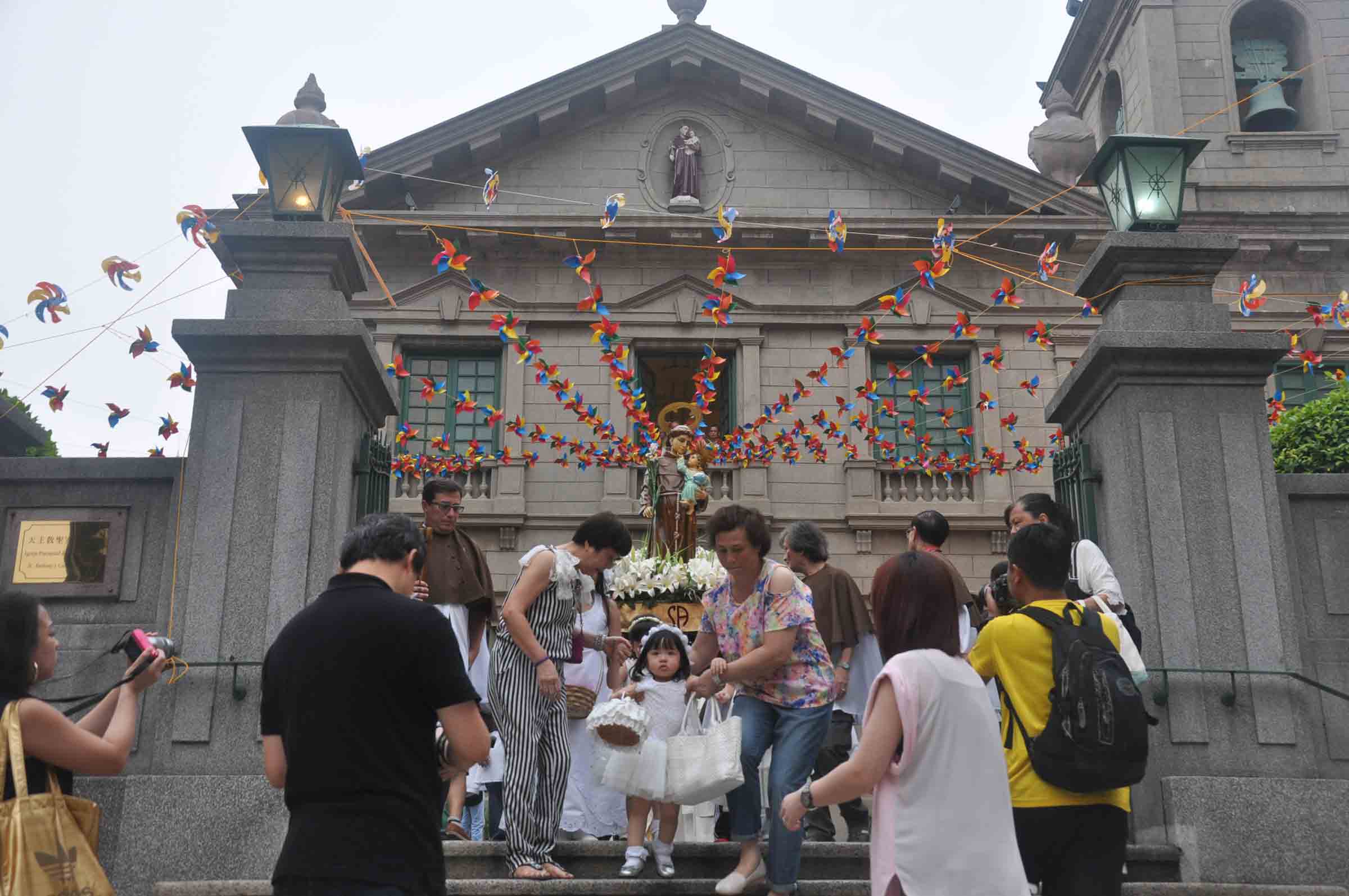 Jane passed the camera to me and I followed them around the traffic circle, trying to get as many good shots as I could. 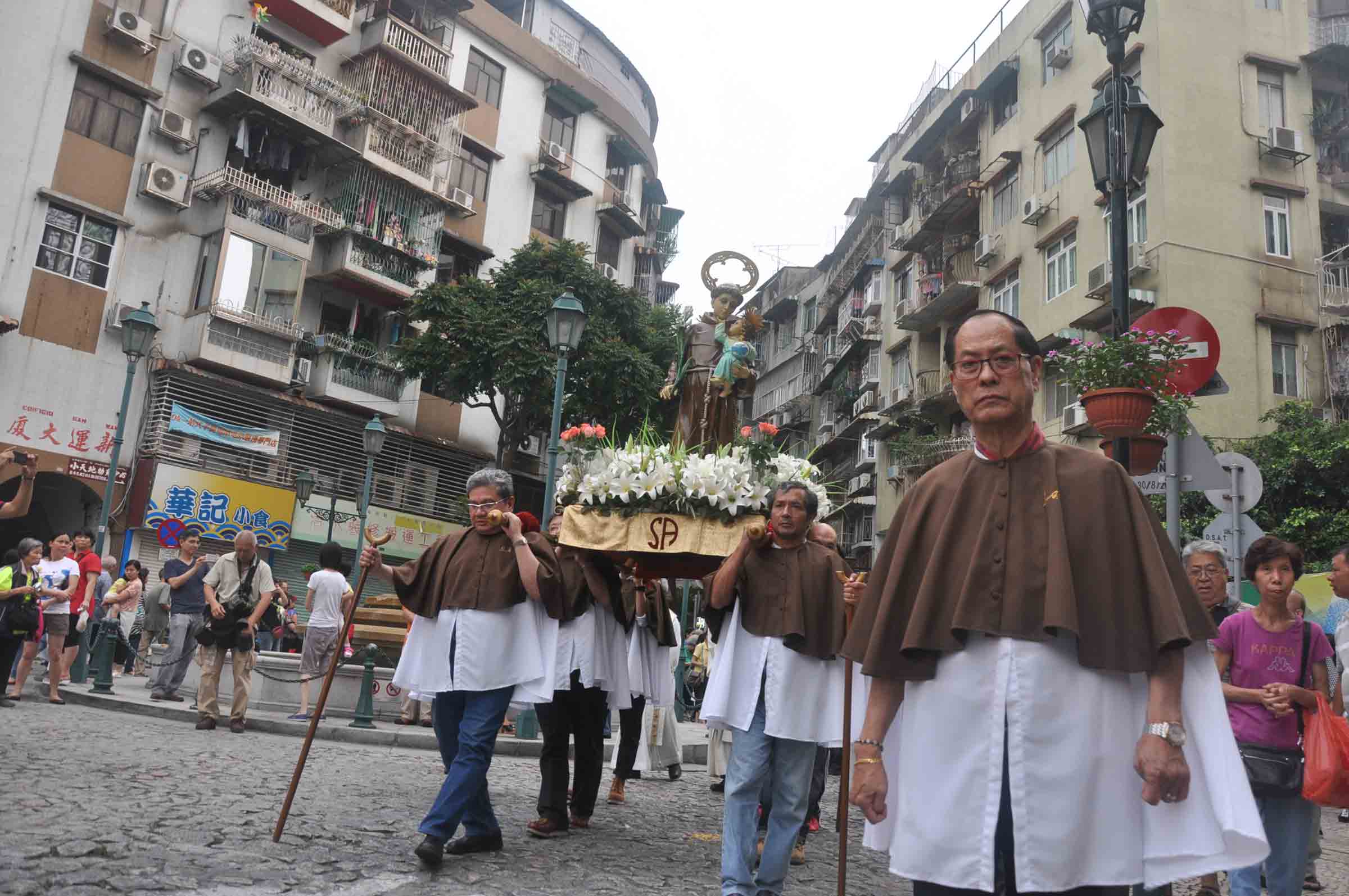 Some of the clergy members looked scary mean but I suppose priests and their kind need to intimidate or what’s the point? 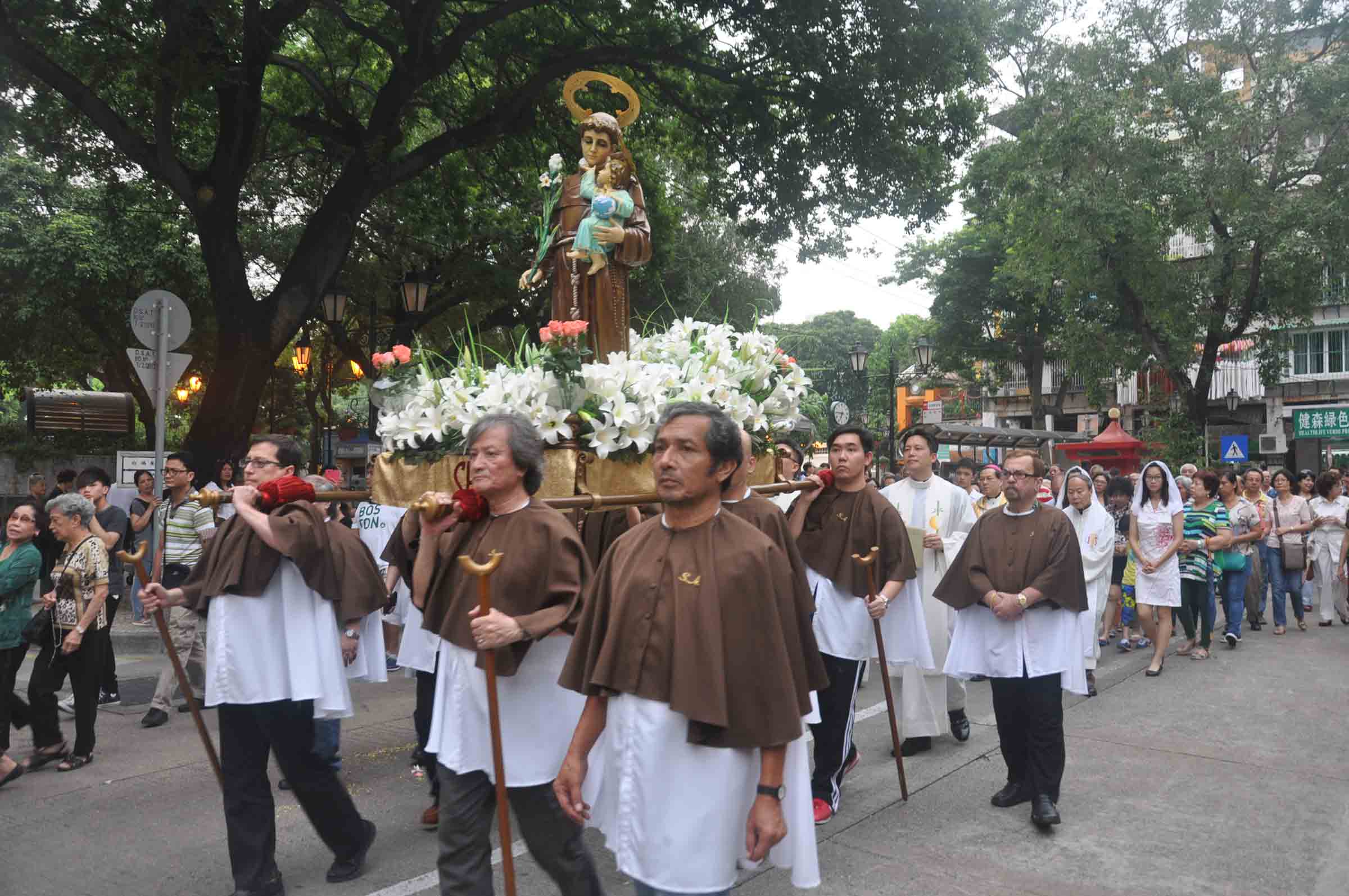 Many also wore St. Anthony’s signature brown and some of them carried wooden sticks. 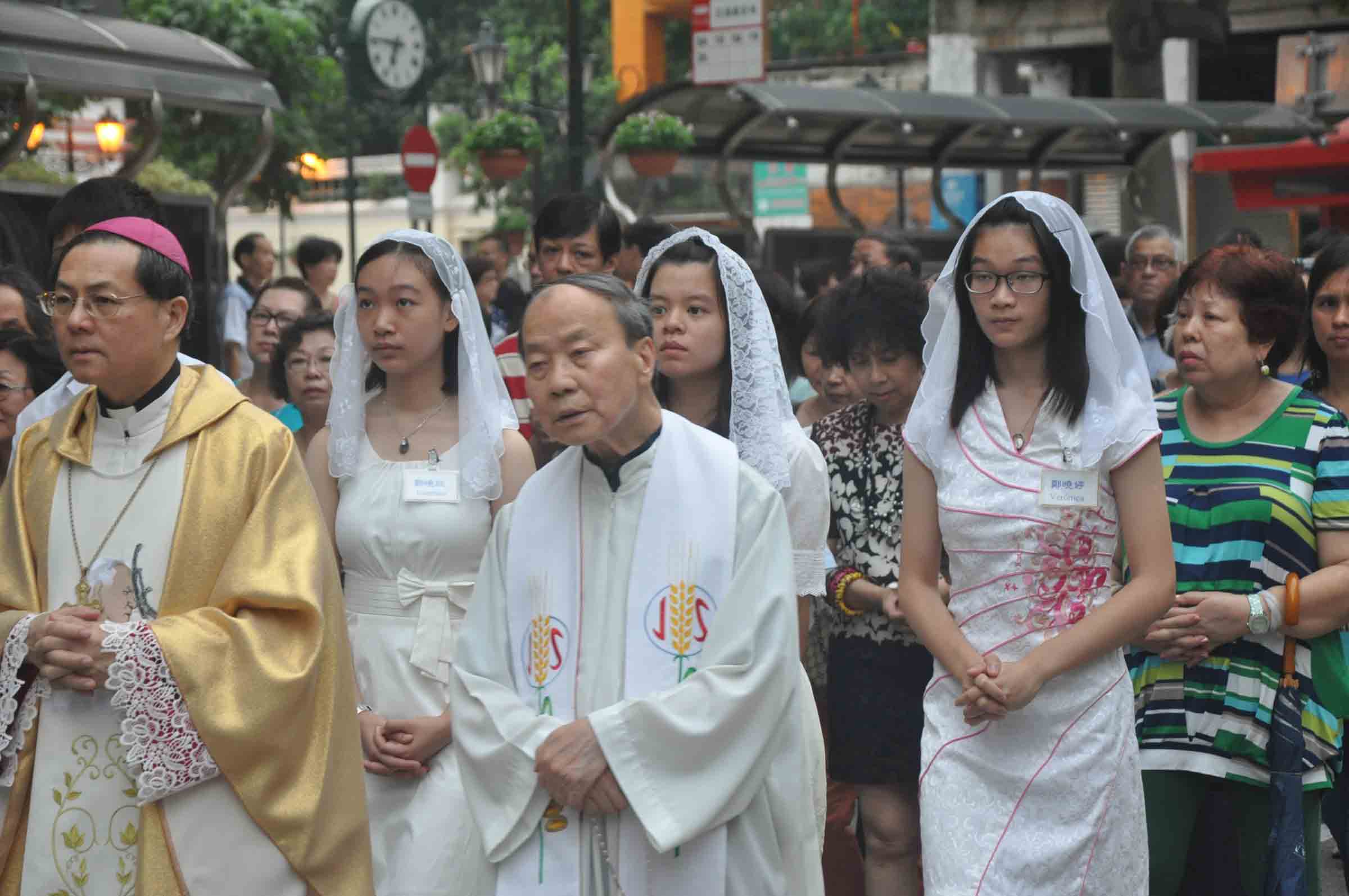 By the time they got back to the Church, Jane and I bid them adieu and exited stage right, making our way down Rua De Sao Paulo for the lovely MacauSoul.  We opened a bottle of 97 Monte D’Oiro Syrah Estramadura and drank to the spirit of Saint Anthony, who also happens to be the Patron Saint of Macau. 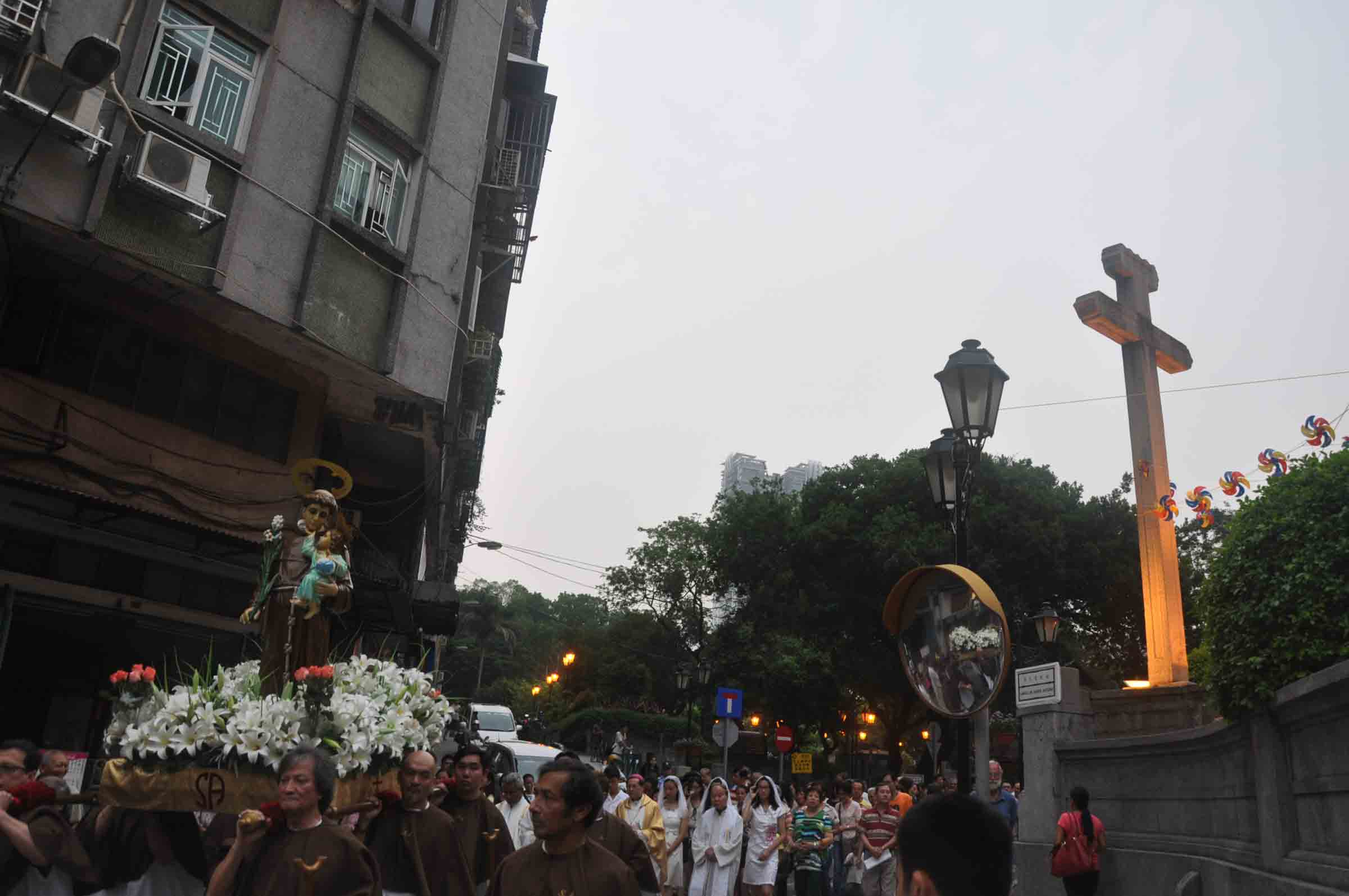 The 97 Syrah is a raging inferno, a five alarm blaze, and we felt it was the perfect way to honour a man whose intense spiritual devotion has been remembered by history for almost 1000 years.  The wine also brought the narrative full circle, back to Portugal and the Estramadura, which is just outside the Saint’s birthplace of Lisbon, where he grew up so many centuries before. 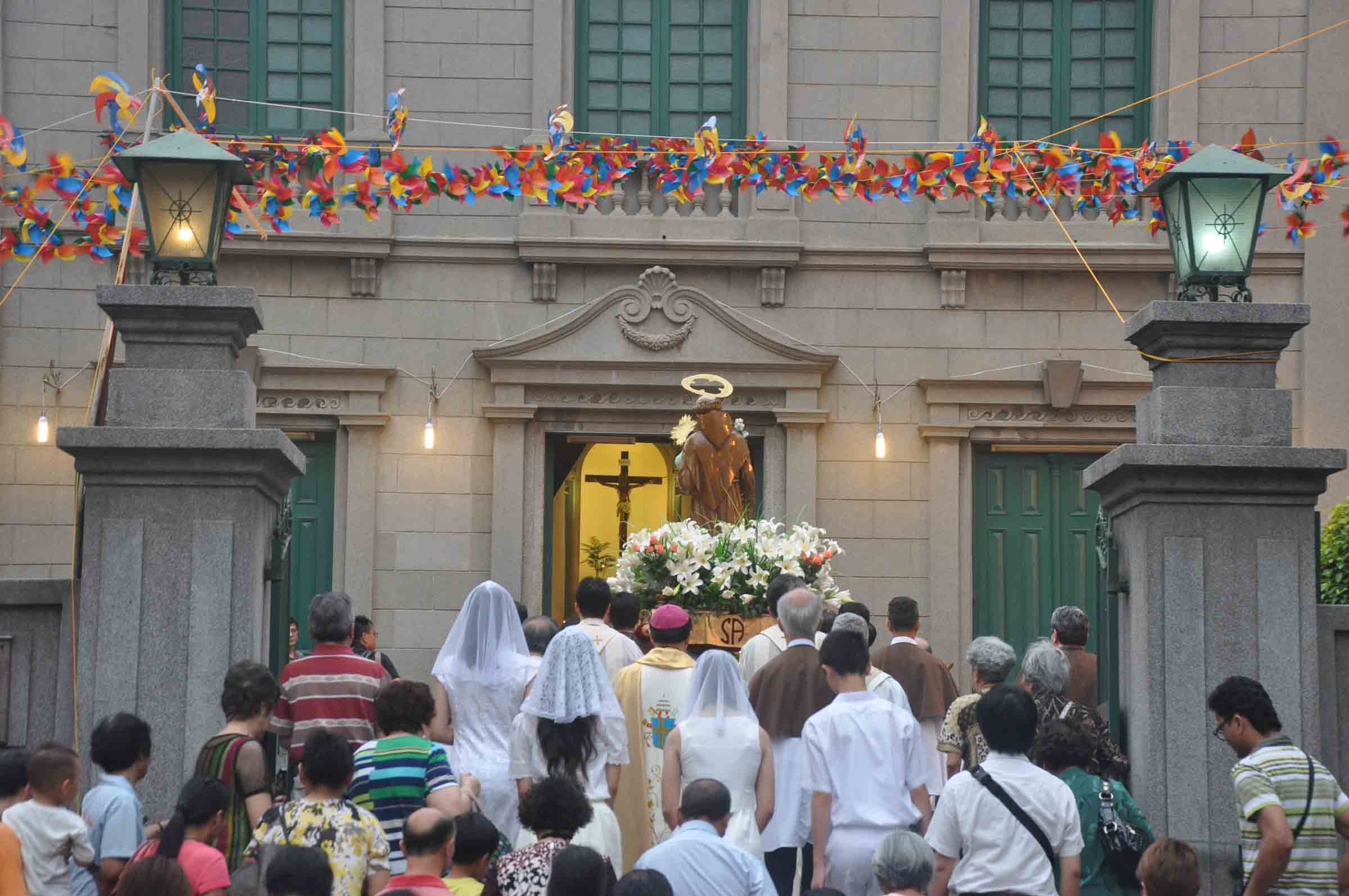