My next stop of the morning was one of the buildings I just took a picture of, Tak Sang On Pawnshop, which was first established in 1917. 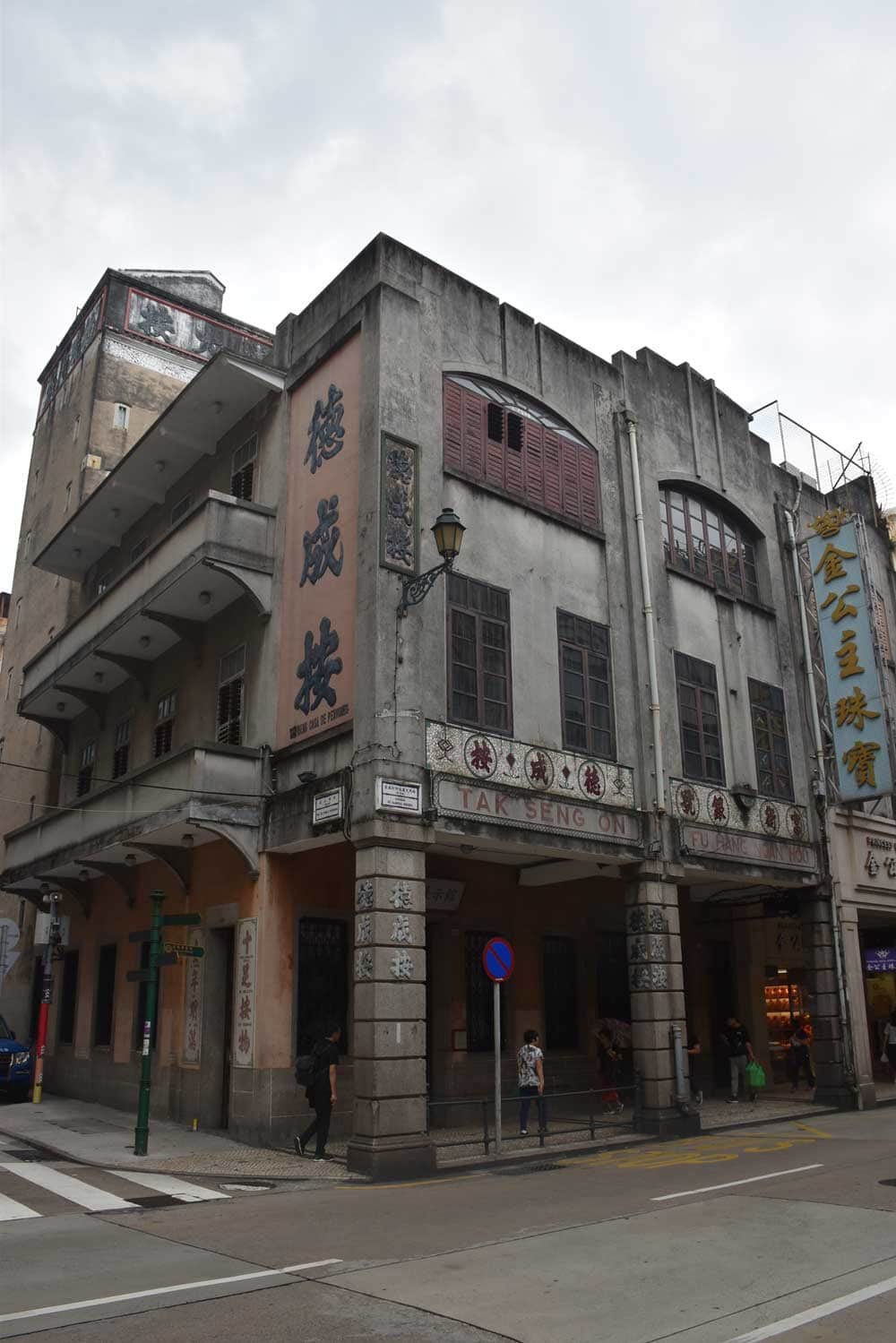 These days, it’s run by the Macau government and functions only as a museum, free of charge.   (Entrance tickets used to cost $5.)

Due to Macau’s longstanding association with gambling, pawnshops have been a critical part of local commerce for many years, particularly for gamblers looking for some quick money.  These days they’re mostly used by high rollers who need a large amount of Hong Kong Dollars fast.  Since currency laws prohibit them from bringing in more than 20,000 RMB into Macau per visit, they’ll hit a pawnshop once they arrive, use their credit card to buy a $500,000 watch, then immediately sell the thing back to the shop for cash, minus a little commission.  That’s why there are so many pawnshops located around casinos and also why they don’t seem to do much steady business.  It’s all just a bunch of smoke and mirrors.

Prior to visiting the Pawnshop Museum, I never really understood how pawnshops worked.  I’d always assumed it was a place you went to sell your valuables fast, when you were in a jam.  As I think deeper about it now though, that never really made a lot of sense.  Any place that bought used things could by that definition be considered a pawnshop, which obviously isn’t the case.  It turns out that what pawnshops do is pretty simple.  They lend money out to people who’ve put personal property up as collateral.  If the loan isn’t paid back, the pawnshop assumes ownership of the property.

By law, Macau pawn shops are/were separated into three kinds: Tong, On and Ngat.  Tong pawnshops actually functioned more like banks, in that they were like one large safety deposit box.  One hundred years ago, it was easier to rob a bank than a pawn shop, so people stored their valuables in pawnshops instead.  Tong shop loans could be secured for up to 3 years and carried the lowest interest rates.  On shops dealt in one to two year loans and the interest rates were a little higher.  Ngat shops were the street level shop, probably run by loan sharks and other connected individuals.  Loans secured there were arranged for only four to six months, and carried the highest interest rates.

Tak Sang On Pawnshop, as the name suggests, fell into the On category of pawnshops.  Established in 1917, it translates into The Virtue and Success Pawnshop, quite a catchy handle that doesn’t jive very well with reality.  I mean, nothing spells success quite like pawning all your worldly possessions for a bowl of soup. 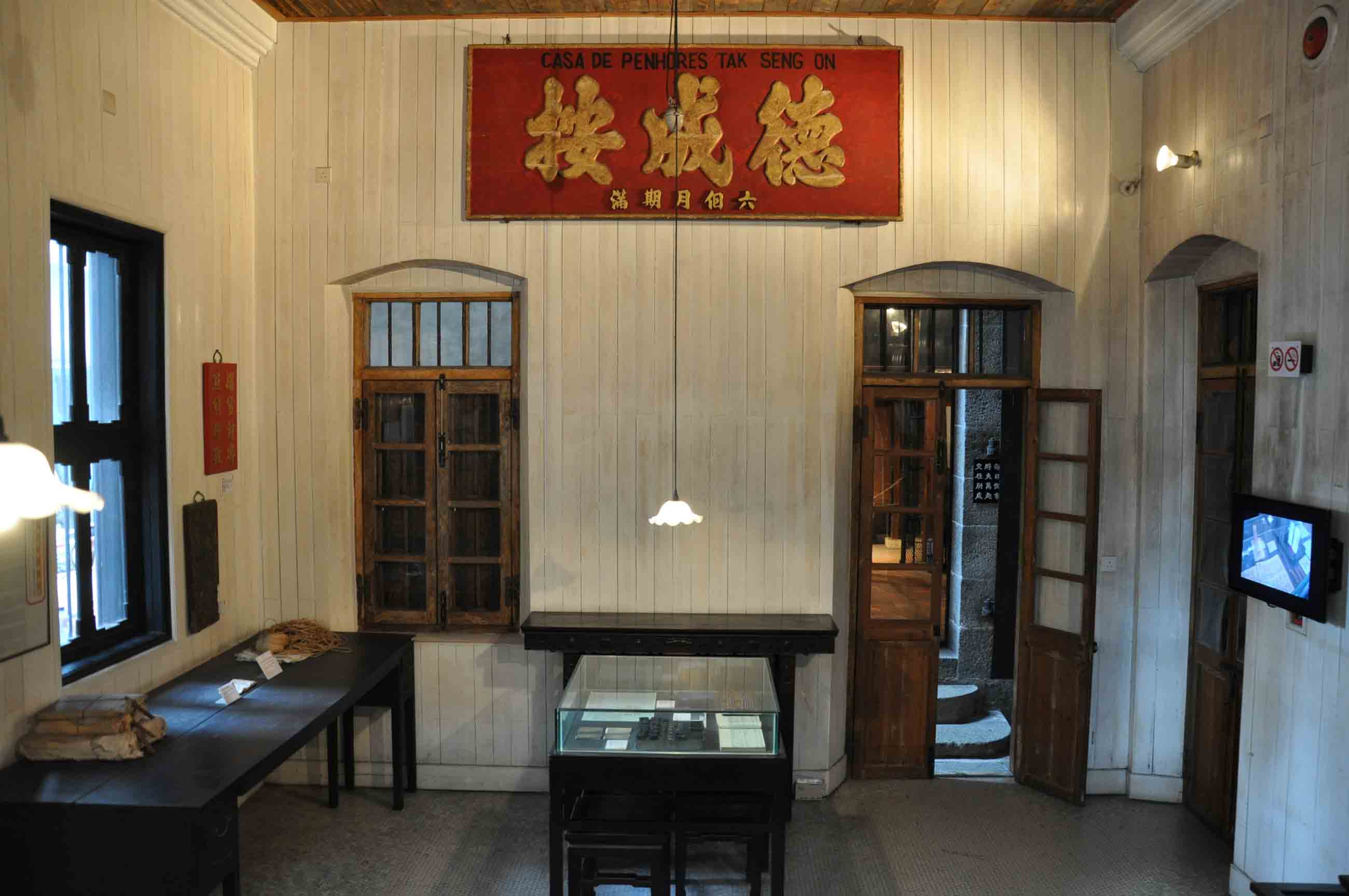 Not very large, the museum is composed of only two areas, the office and storeroom, both of which were restored to near original condition in 2003. 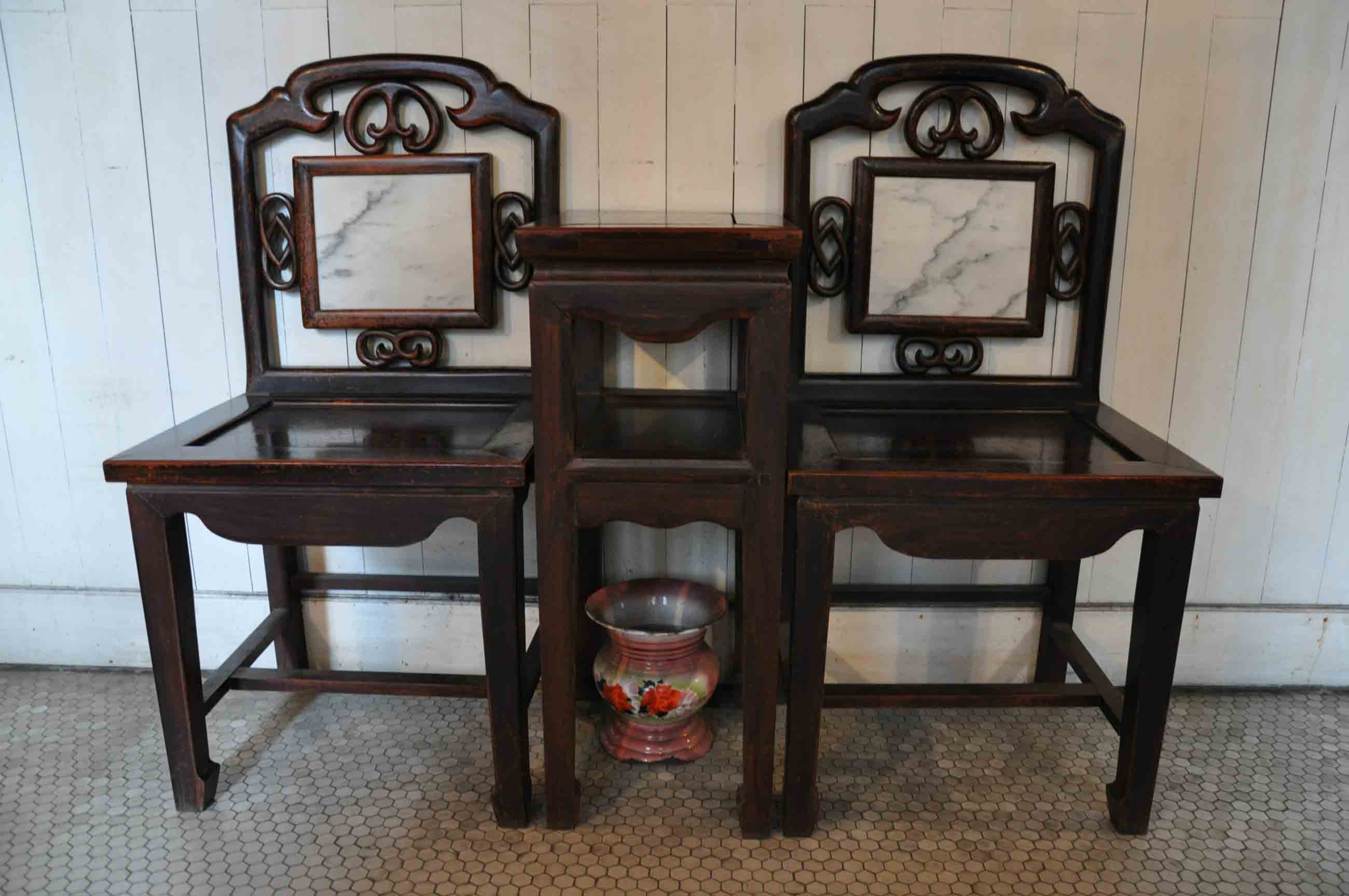 The office displays vintage pawnshop furniture, equipment and memorabilia, as well as explains the history behind pawnshops and how they were run. 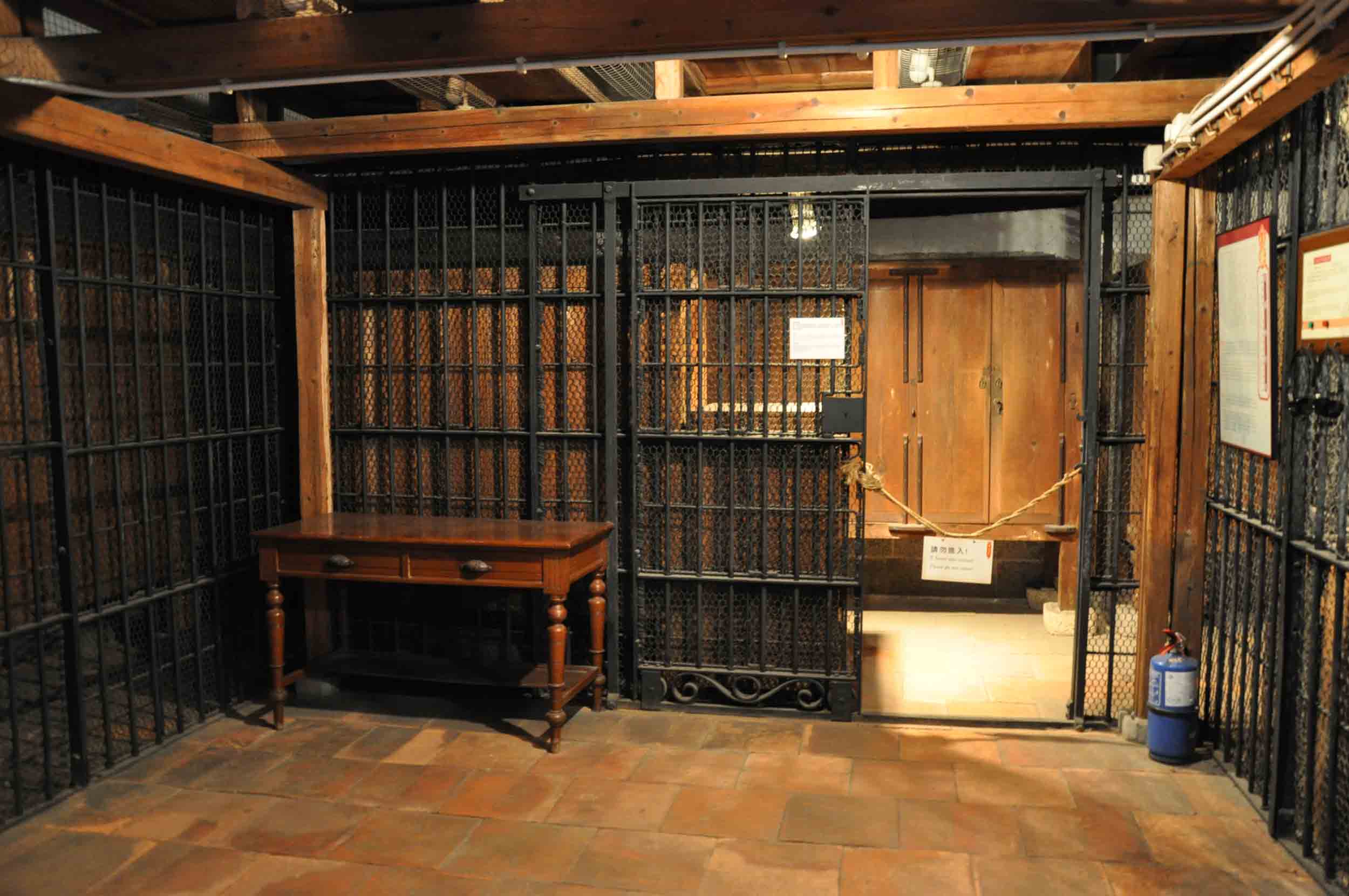 The storeroom is in a tall tower behind the main building.  A heavy security zone, the main door is a steel cage with iron bars while the walls are made of thick granite. 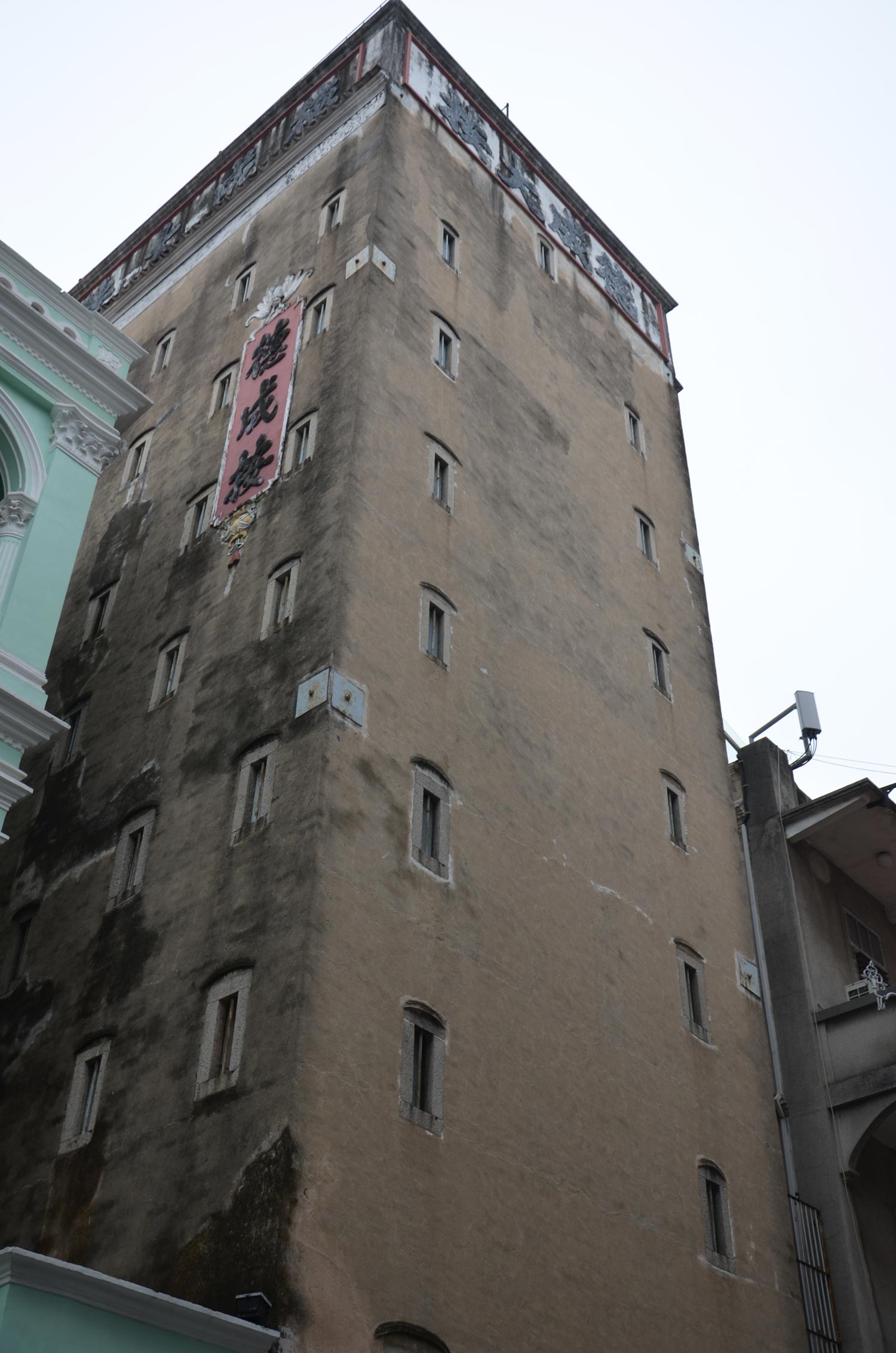 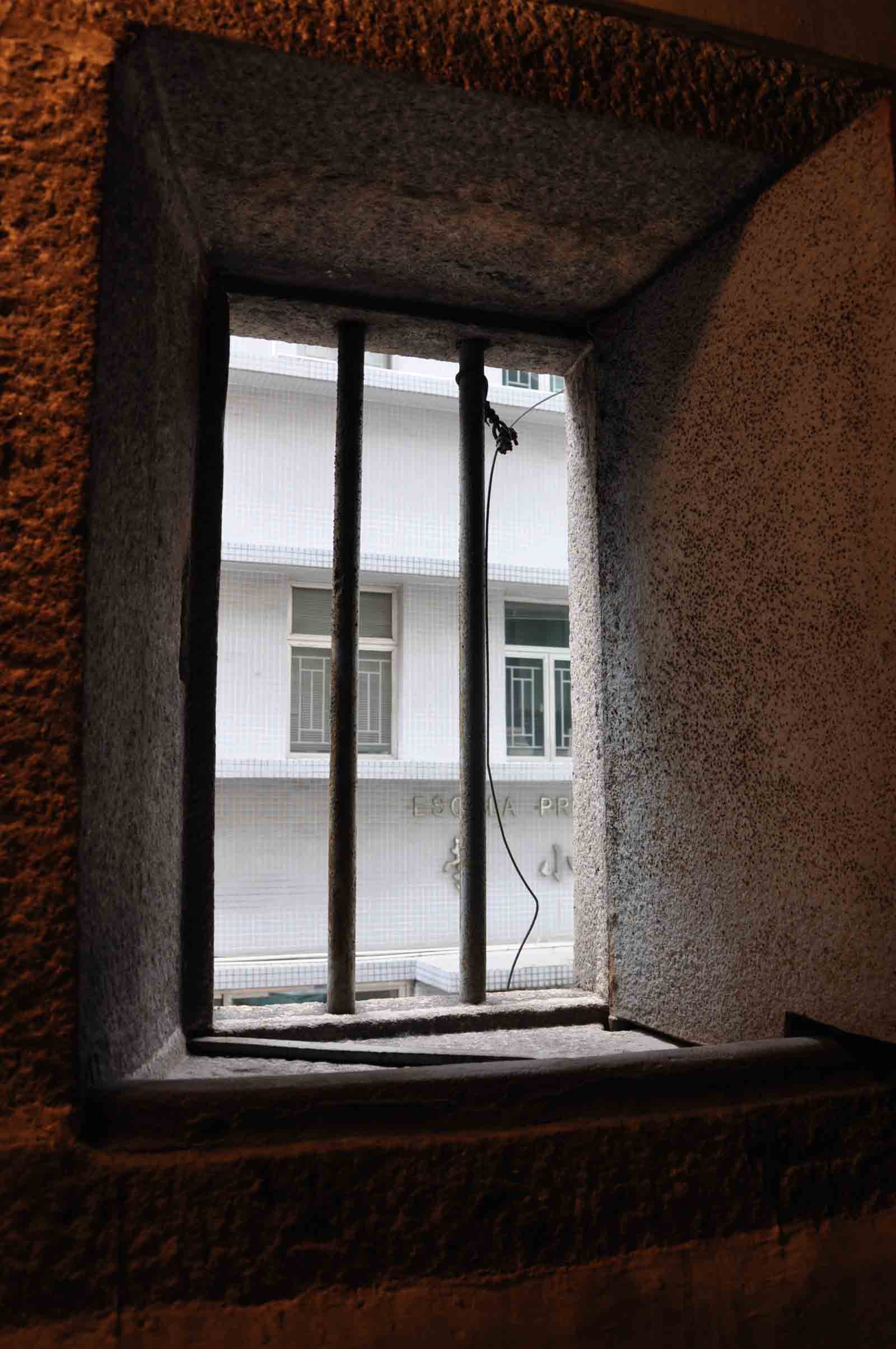 In order to reduce damage caused by fire or floods, the tower is several stories high and is disconnected from the office building. 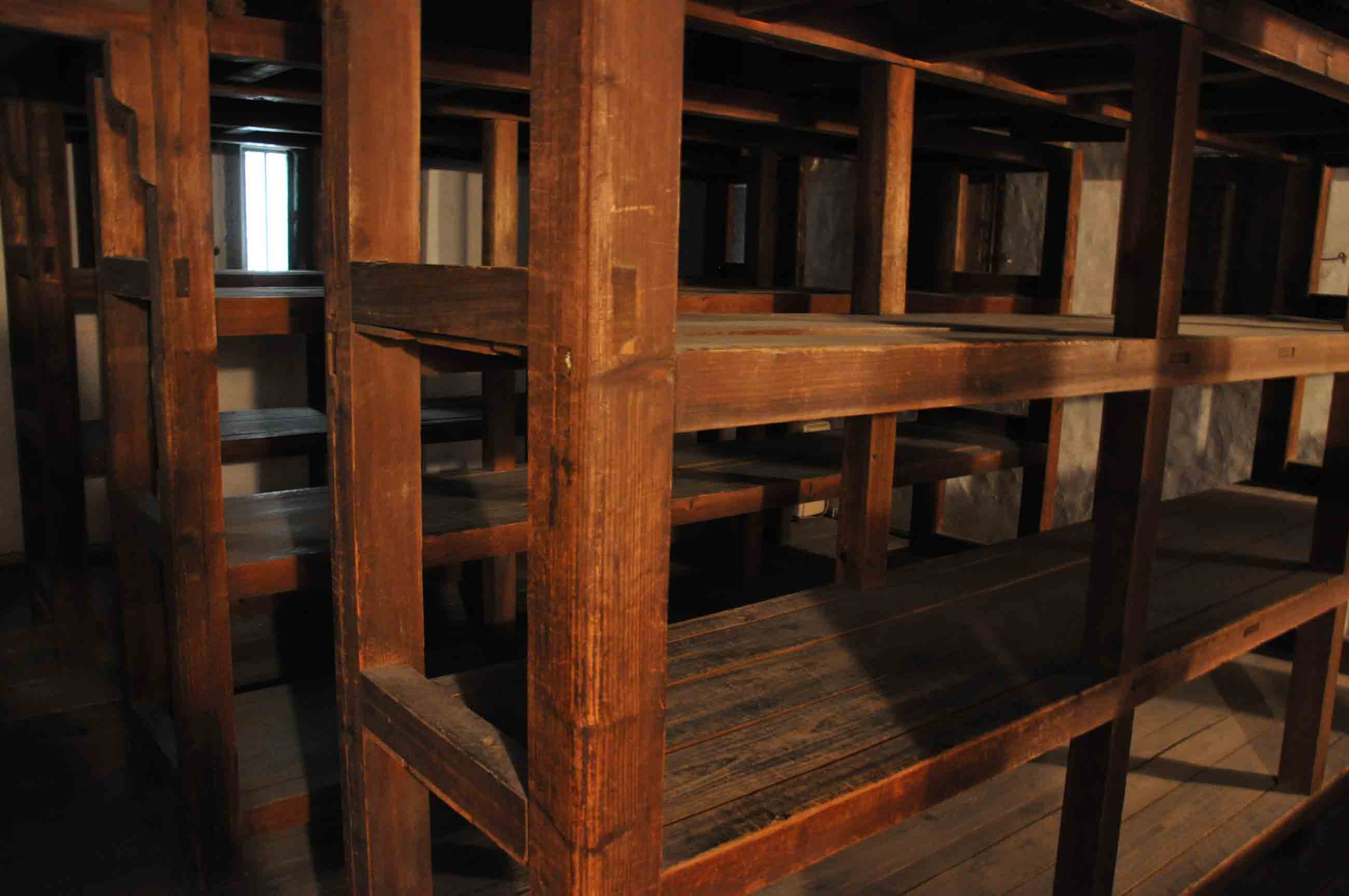 As an attraction, the Pawnshop Exhibition is by no means critical, but I’m glad I went.  Pawnshops in the city started to decline in the 60’s and 70’s after the emergence of a strong banking sector.  Banks began offering many of the same services that pawnshops did, along with an extra layer of credibility and security.  Nowadays you basically only see pawnshops around casinos, for reasons mentioned above. 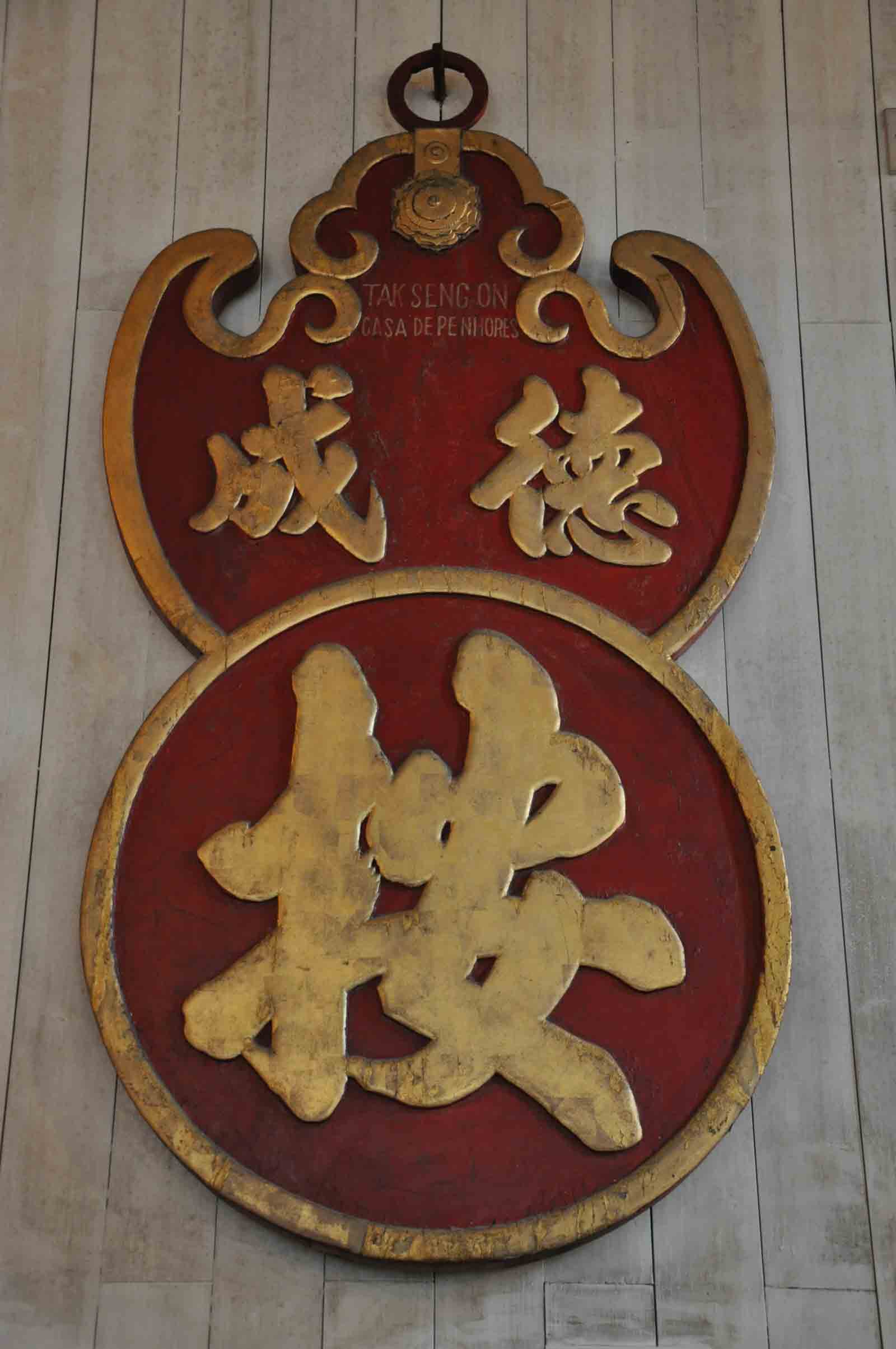 The symbol for pawnshops in both Macau and Hong Kong is a bat and coin, as seen in this picture above.  The next time you’re in town, keep your eyes peeled for that, and you’ll probably be amazed by how many of them there still are.

After the Pawnshop Exhibition, it was time for lunch at Tai Long Fong, a traditional teahouse restaurant on the 5th of October Street. 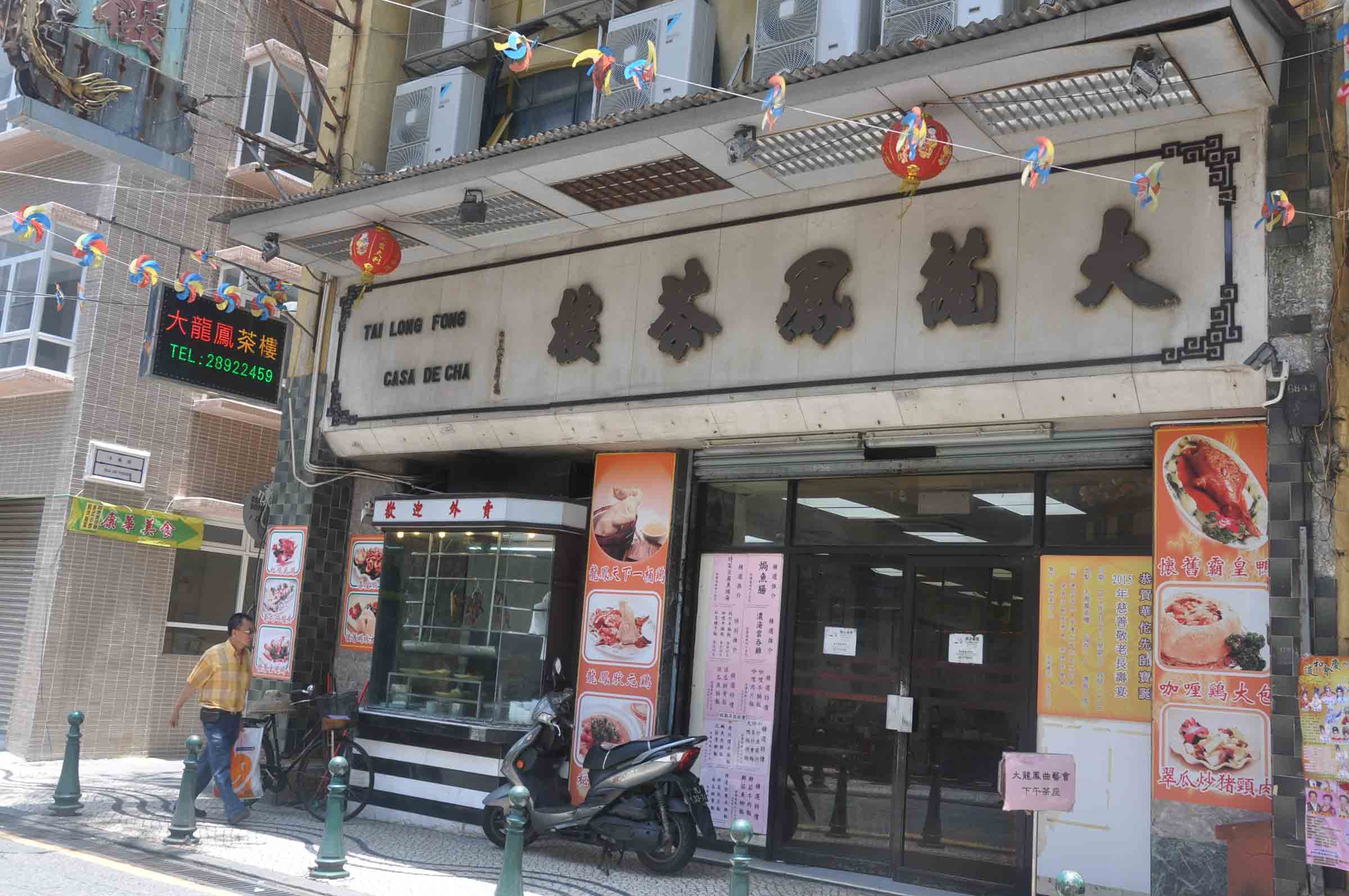 Tai Long Fong roughly translates into Dragon Phoenix Teahouse, and is owned by Ms Chen, who took the restaurant over from her father in the 1970’s.  At that time, Rua Cinco de Outubro was a happening place, full of loud street hawkers peddling their goods, birds chirping and waiters calling out the dim sum.  A lot of boats filled the Inner Harbour then, some of which were gambling boats, others that took people to and from Hong Kong.  Tai Long Fong’s neighbour used to be a very well known restaurant named Sat Guan Nam, which had a history of over 40 years.  In 1996, it was forced to close due to rising real estate prices.

Since the street tends to flood every typhoon season, Rua Cinco de Outubro has found it hard to attract new investors.  These days the hawkers have all disappeared and I assume so have all the birds.  One day during a flood Ms Chen had to swim back to her restaurant, as water levels had risen to her chest.  She returned to find all of her air conditioners and electronic equipment were damaged; she lost thousands of dollars in a day.

With the area in decline Ms Chen had to think of new ways to keep her business growing strong.  She originally thought that folk tea parties would be a good idea and held them on the second floor during the 80’s and 90’s.  Later her focus shifted to Chinese opera and these performances still happen everyday in the afternoon.  Most days you can still see Ms Chen in her restaurant, painting or joining in with the opera performances.  She does not want to wait to get old, she says, her dream is to travel the world one day.

After reading her backstory, this Ms Chen sounds like my kind of woman.  Hardworking and resourceful, she swims upstream fighting to keep her head above water and her family business open.  The older I get and the less I achieve, the more I respect people like her.

I arrived at Tai Long Fong at around 10:30 am, just in time for an early lunch.  The waitress greeted me very enthusiastically, saying how smart I was to have come so soon, had I shown up an hour later there wouldn’t have been any seats.  As it was, the place was still doing a nice business, most of the patrons older locals, looking at newspapers and sipping tea. 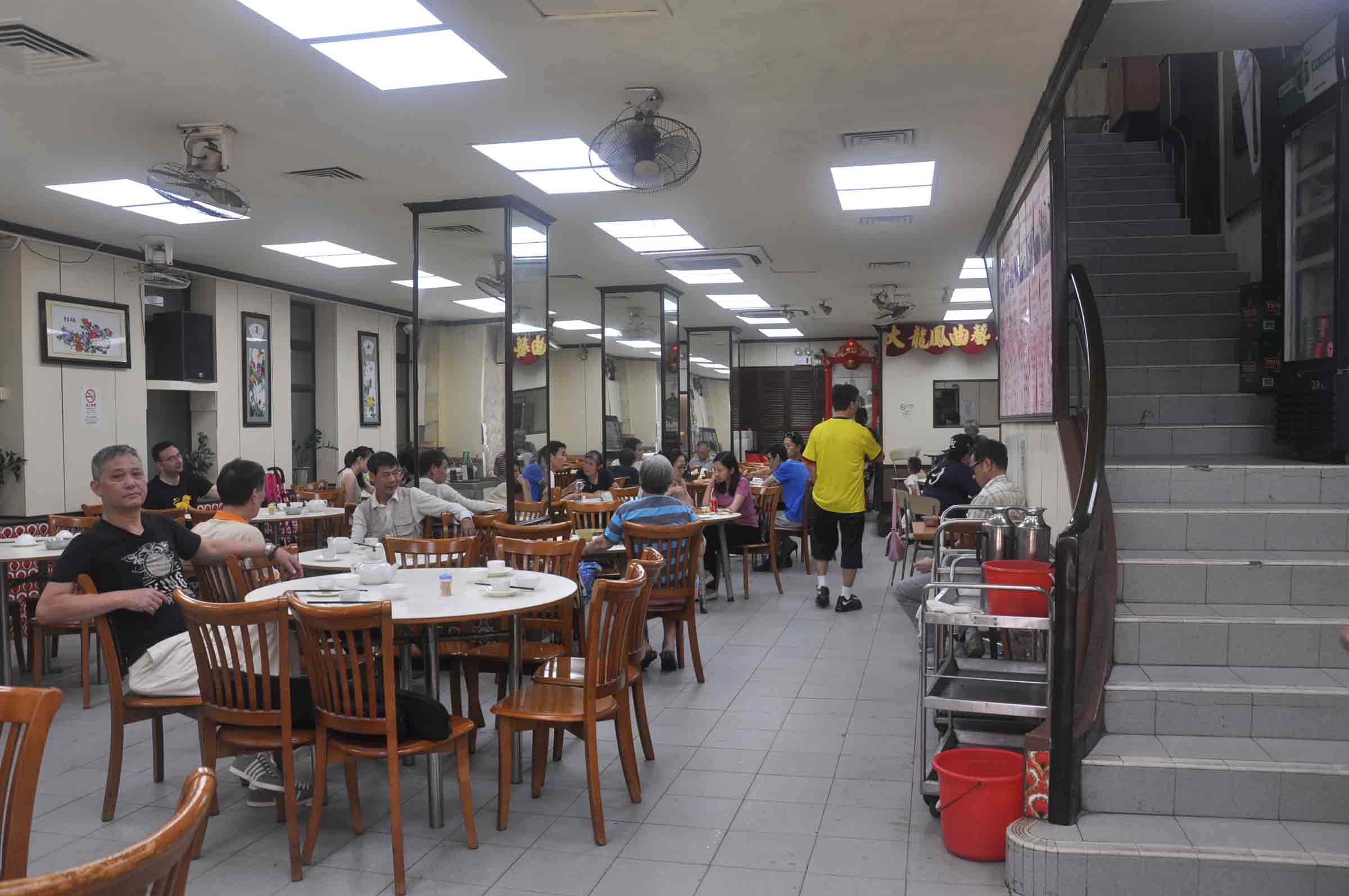 I was a little bit surprised with the size of the menu at Tai Long Fong, since I was expecting something much smaller.  A teahouse implies that the main business is tea, with limited food options, often just some light snacks and dim sum.

Tai Long Fong, on the other hand, is a full fledged restaurant, serving all manner of traditional Cantonese fare, with most of it meat or vegetables.  Prior to 10:00 am, they do a dim sum breakfast, with most selections $11 to $20.  Lunch kicks in after that and rolls all the way until afternoon tea at 3:00 pm, which is when the opera starts.  If you fancy having dinner there, you’d better come early, since the restaurant closes at 7:00 pm.

Cantonese and Mandarin are the only languages understood by the staff, so English speakers will be in for a hard time.  Sometimes that’s half the fun of being in a strange country though so bring your guidebook of phrases and do your best.  I was able to talk to the waitress in Mandarin, and we chatted for awhile, talking about Macau and how it was different from her hometown in Guangdong Province, Maoming.

When it came time to order, I asked her for their two best dim sum, along with some kind of lamb dish and a soup that she could recommend.  As she scanned the menu making her choices, I hoped she had some good taste.

Let’s just say she hit the ball out of the park.  The food at Tai Long Fong was almost as good as the food at 8, and I loved everything I had.

Both of the dim sum were wonderful, in particular the shrimp dumplings, which were fresh and full of taste.

The pork soup was packed with vegetables and not too salty, and complemented the rice rather well.

The lamb was another amazing dish and I had trouble finishing it, not because it tasted bad or anything, but because the bowl was so big.  All told, my bill ran $216, or about $27 US, exceptional value for food so good.

By the time I finished, the restaurant had filled up completely and it was apparent that most of the patrons were all regular customers, who probably went there everyday. 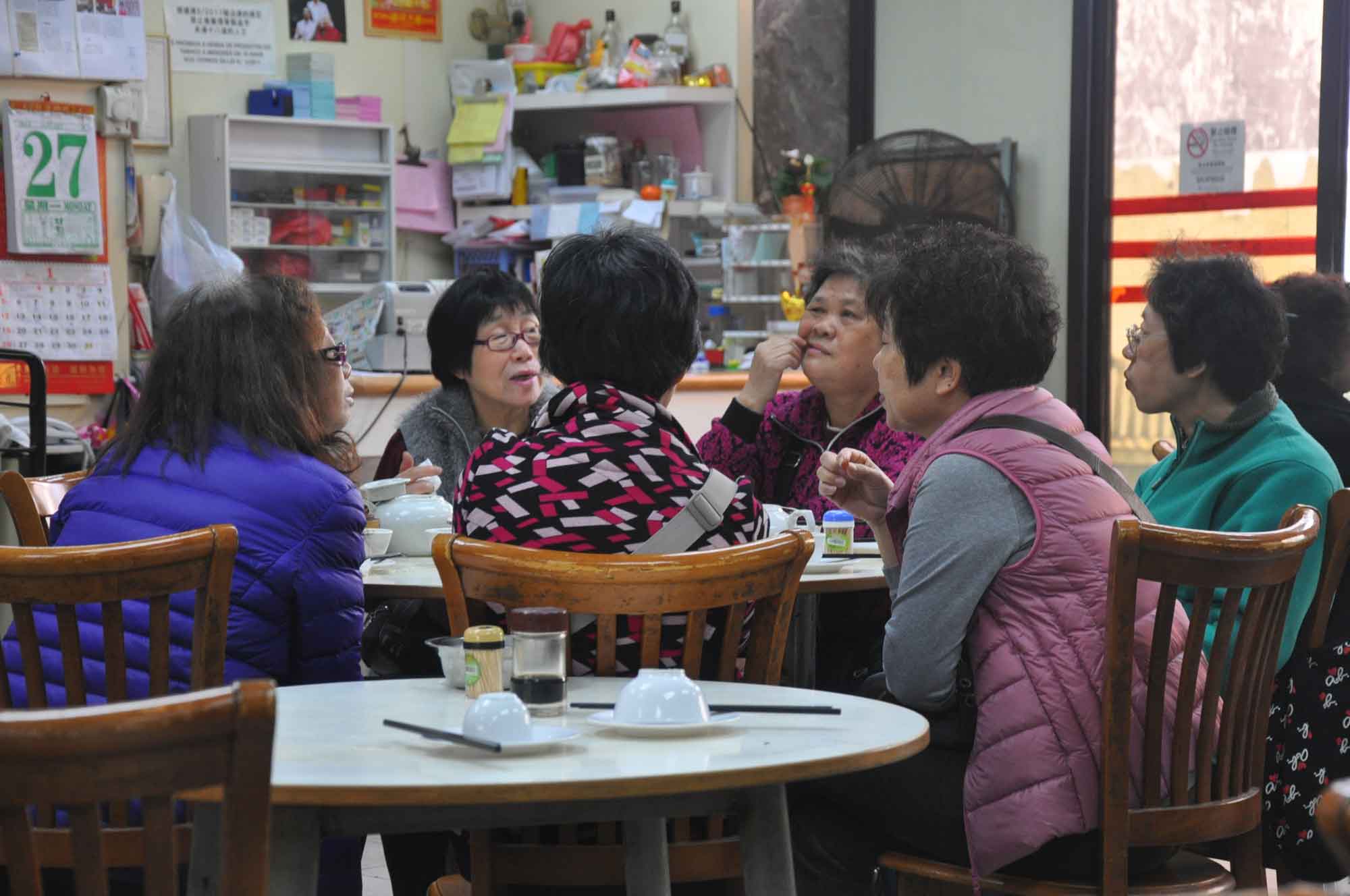 They came in, took their regular seats and got to work washing the plates and cups on their table with tea, a peculiar custom I’ve only seen in the South of China.  A woman who might have been Ms Chen was working the cash register and as I paid the bill I thanked her for having such a nice restaurant, and that I’d definitely be back again. 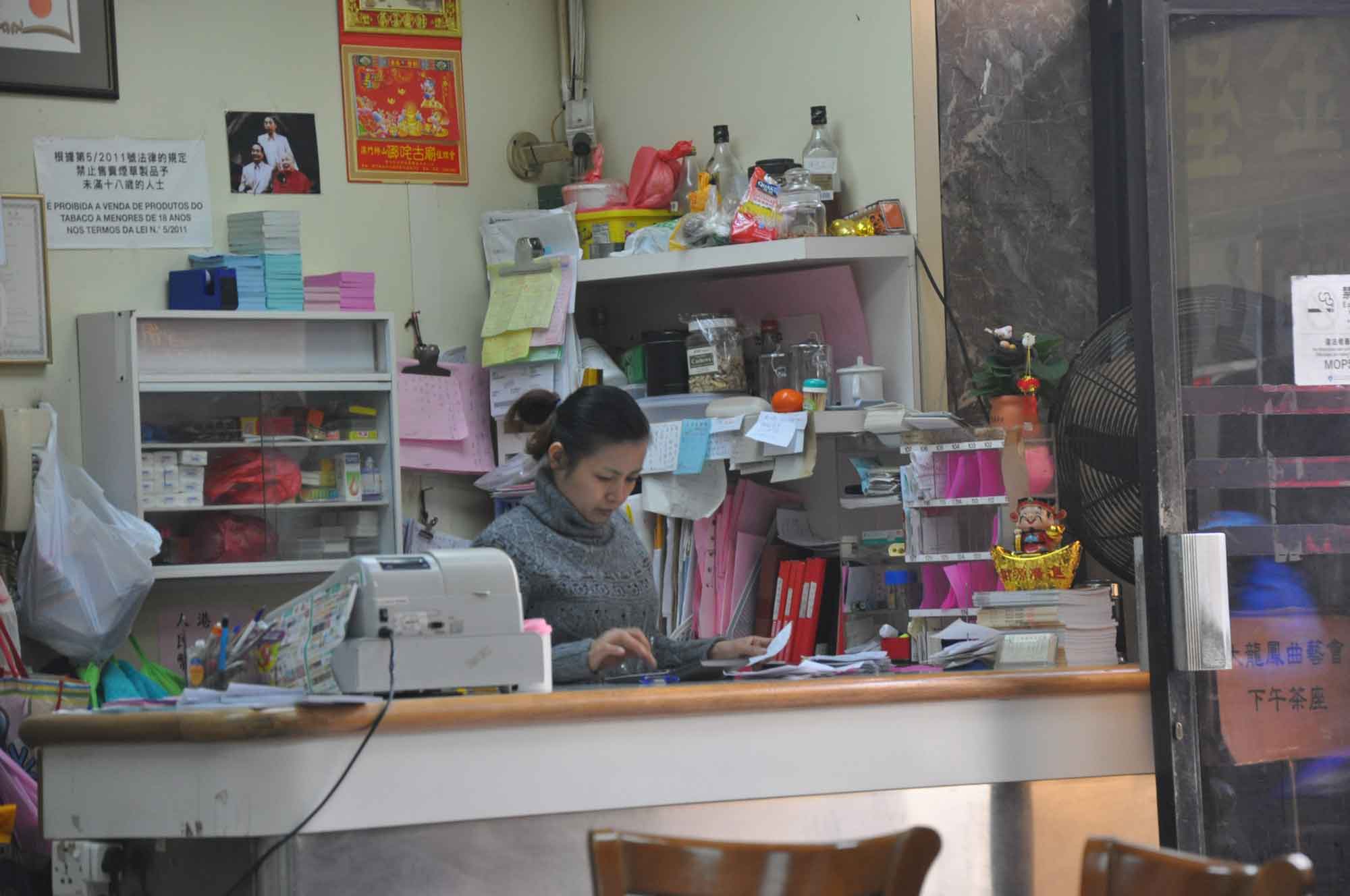 She smiled and said, of course, I was always welcome there. 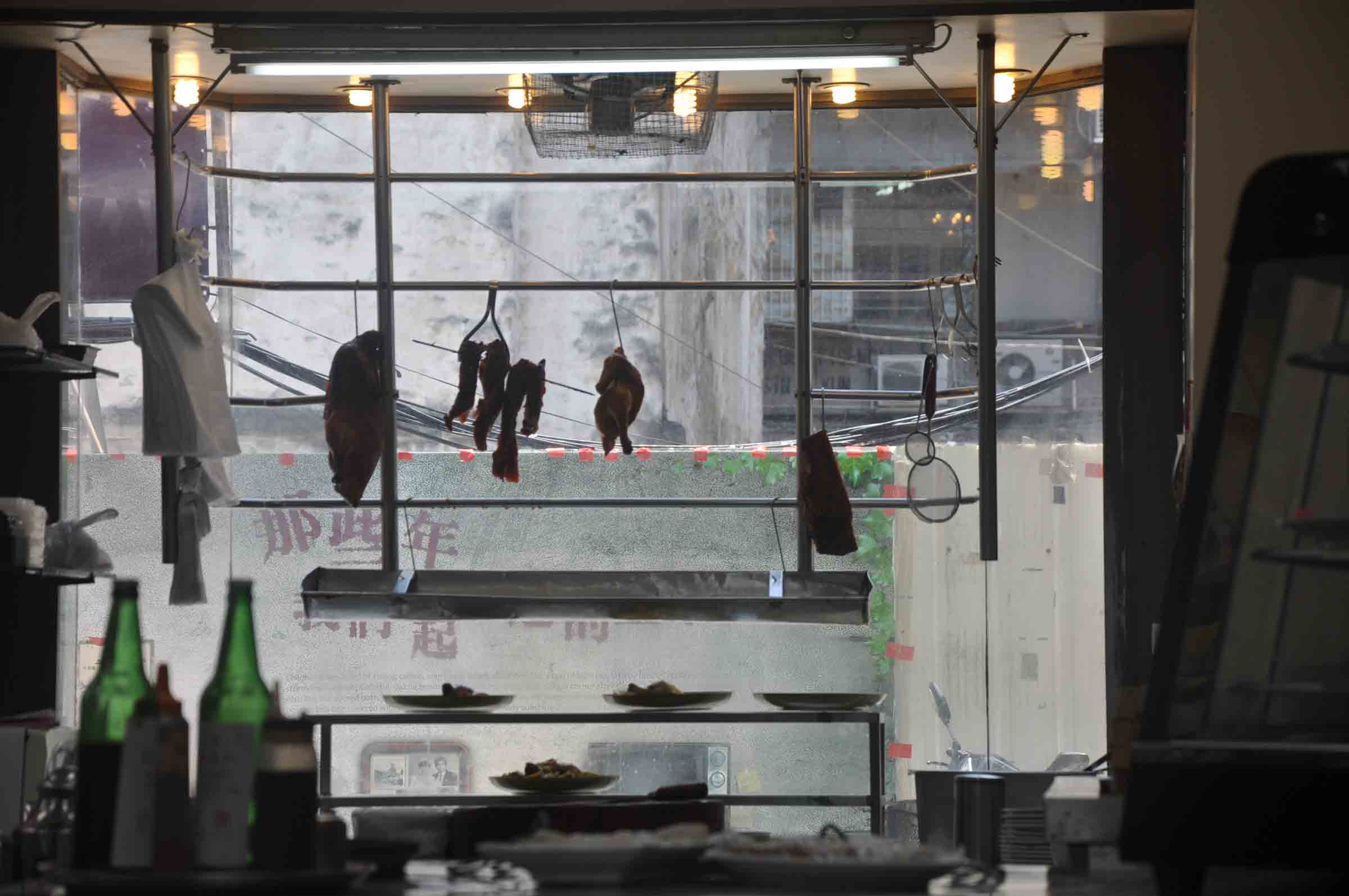 After lunch I headed back to the San Va to gather my things and check out.  I had a new hotel to get to, the Hotel Sintra, located just off of San Ma Lo.