The Tam Kong Festival is held every year in Coloane Village on the 8th day of the 4th month on the lunar calendar.  It commemorates the birthday of Tam Kong, an orphan during the Qing dynasty, who gained extraordinary powers at the age of 12.  Legend has it that he could heal the sick and control the weather.  To bring rain, for example, he would toss a handful of peas onto the ground, and to stop fire, he only had to throw water in the air. 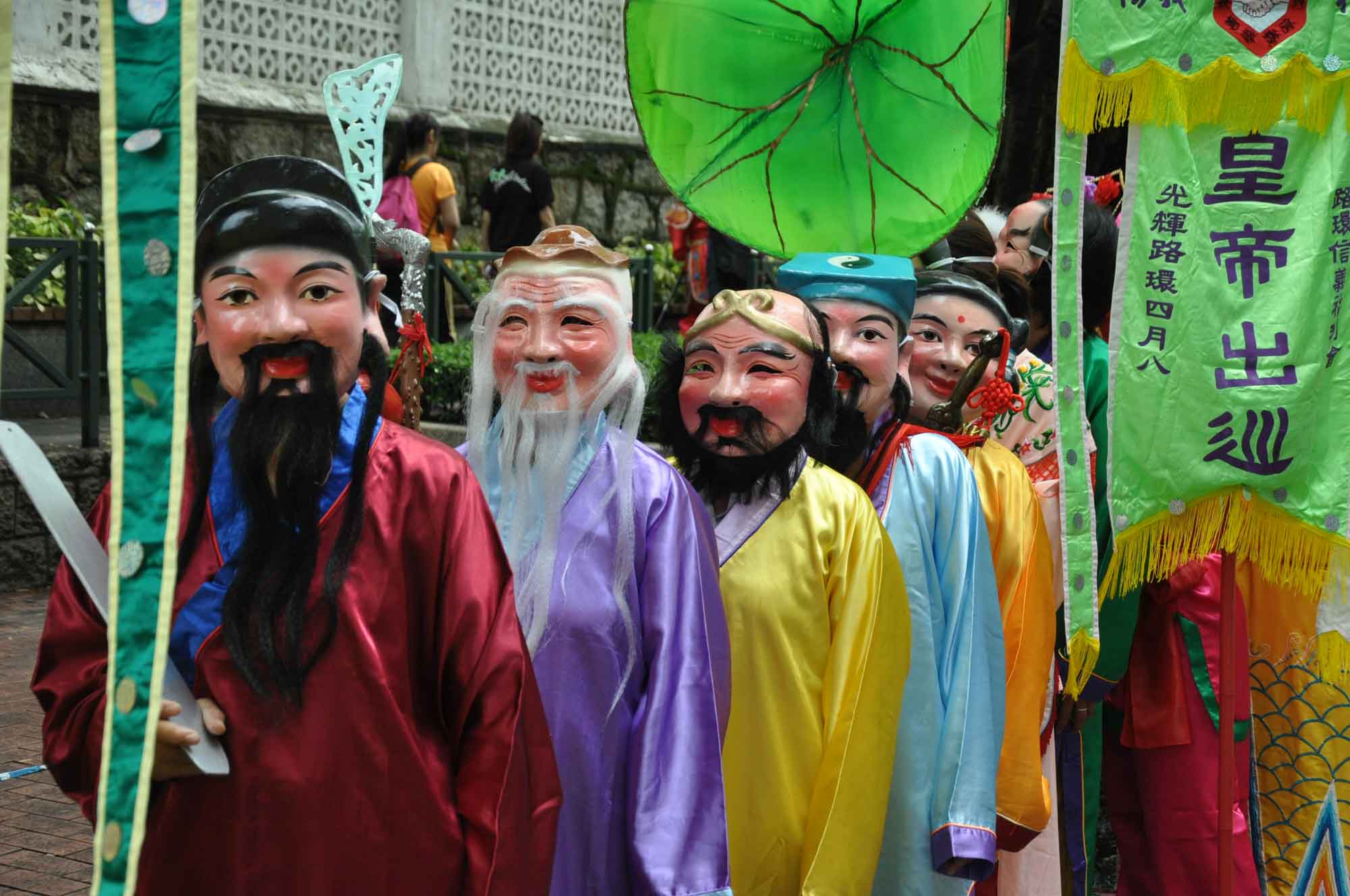 Among the fishing community in Macau, Tam Kong trails only A Ma, the goddess of all seafarers, in popularity and importance. 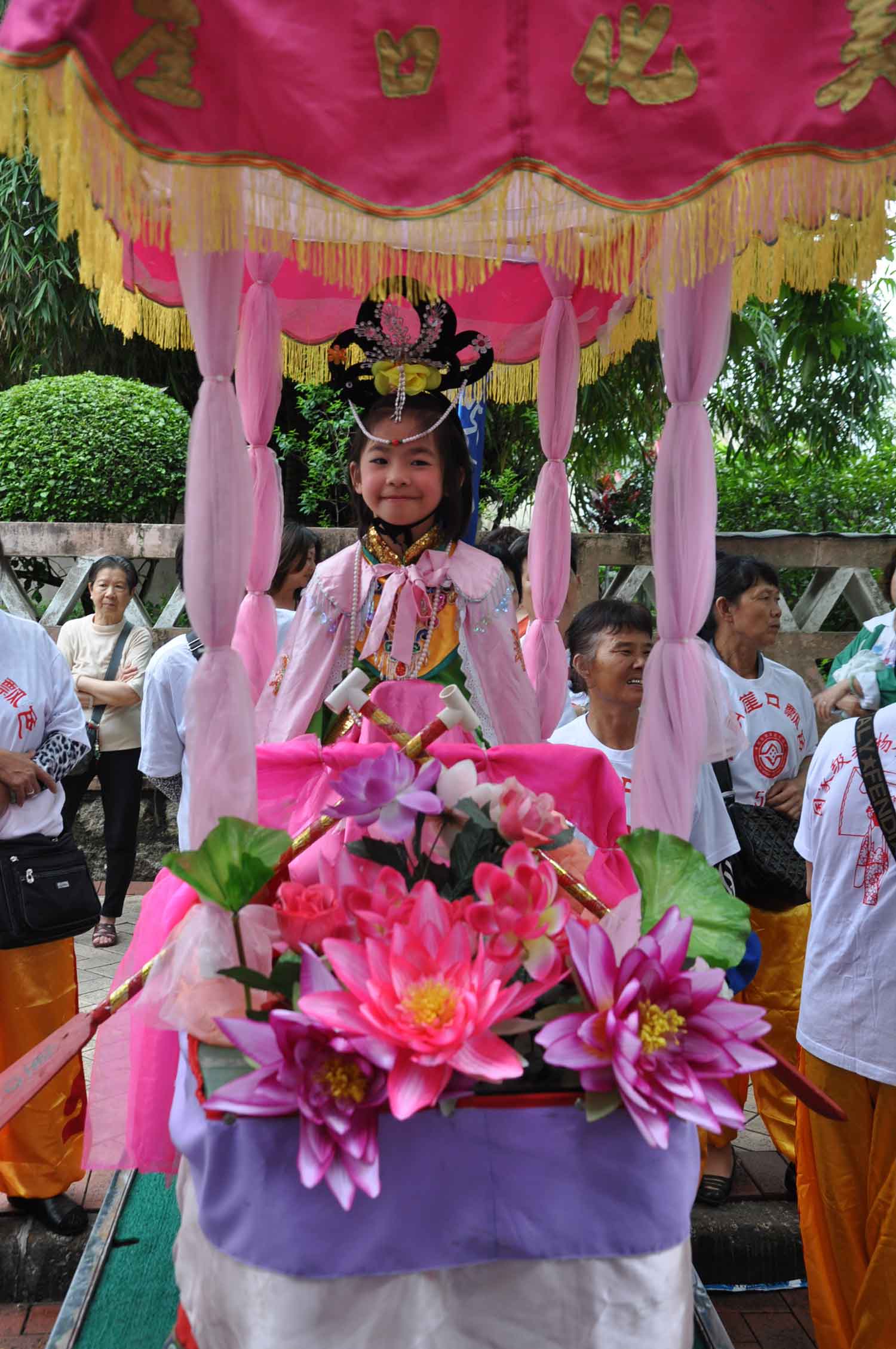 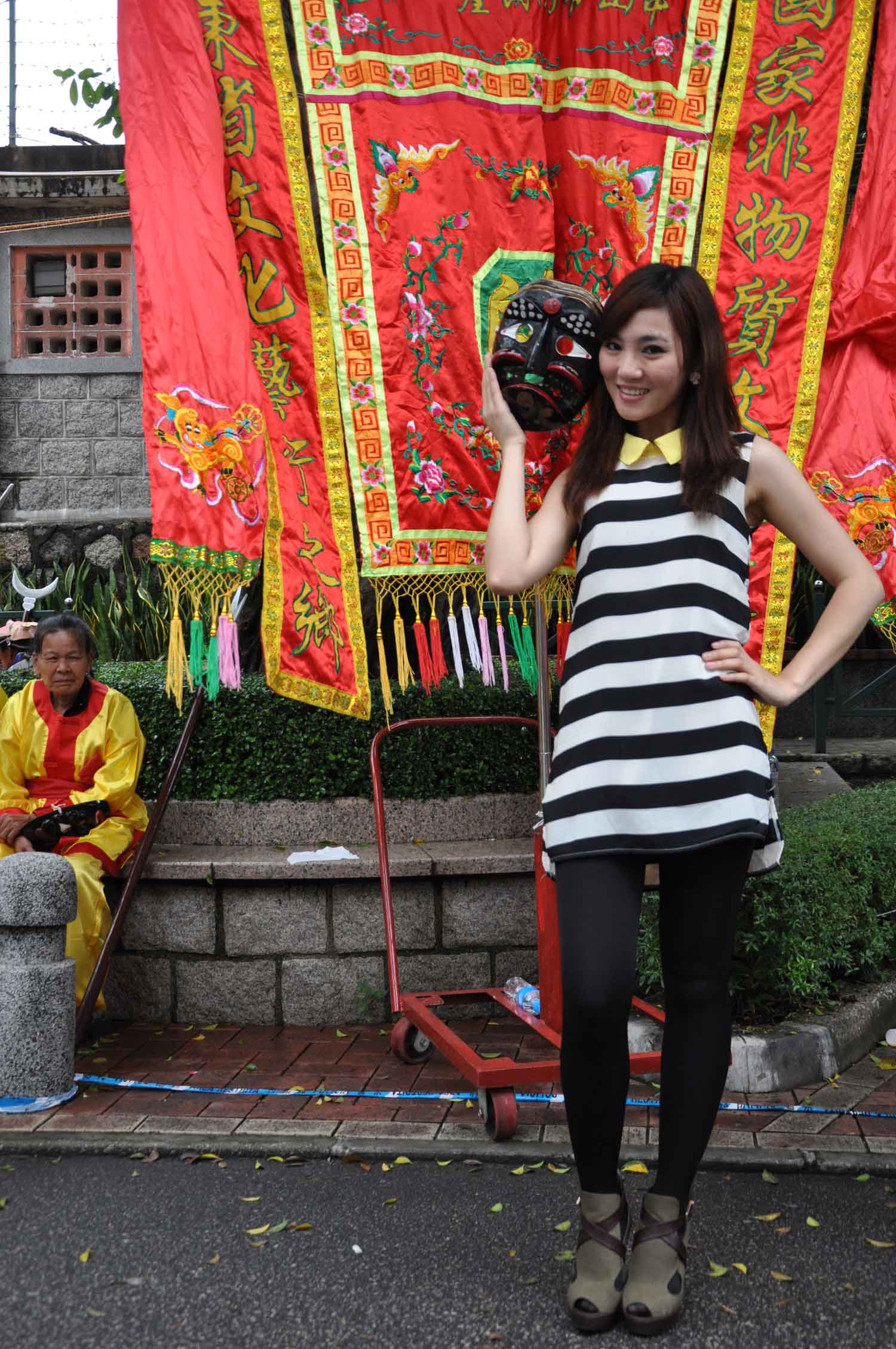 I read online that the festival is celebrated with a Chinese opera, a procession through the streets, while traditional offerings are made and firecrackers burnt near Tam Kong Temple. 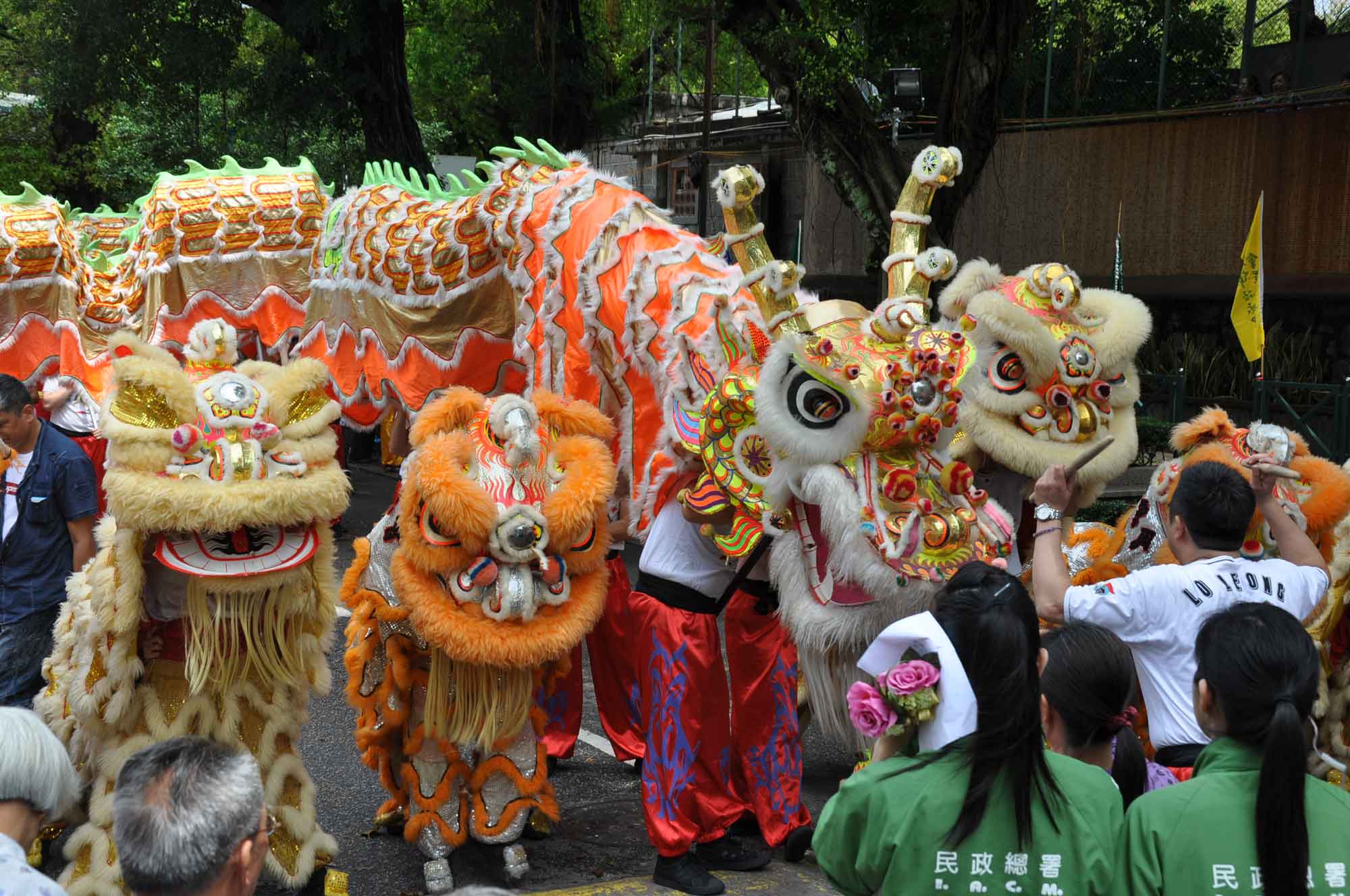 Perhaps those things happen later in the day because all we saw at 11:00 am was one long street filled with a colourful cast of characters and performers. 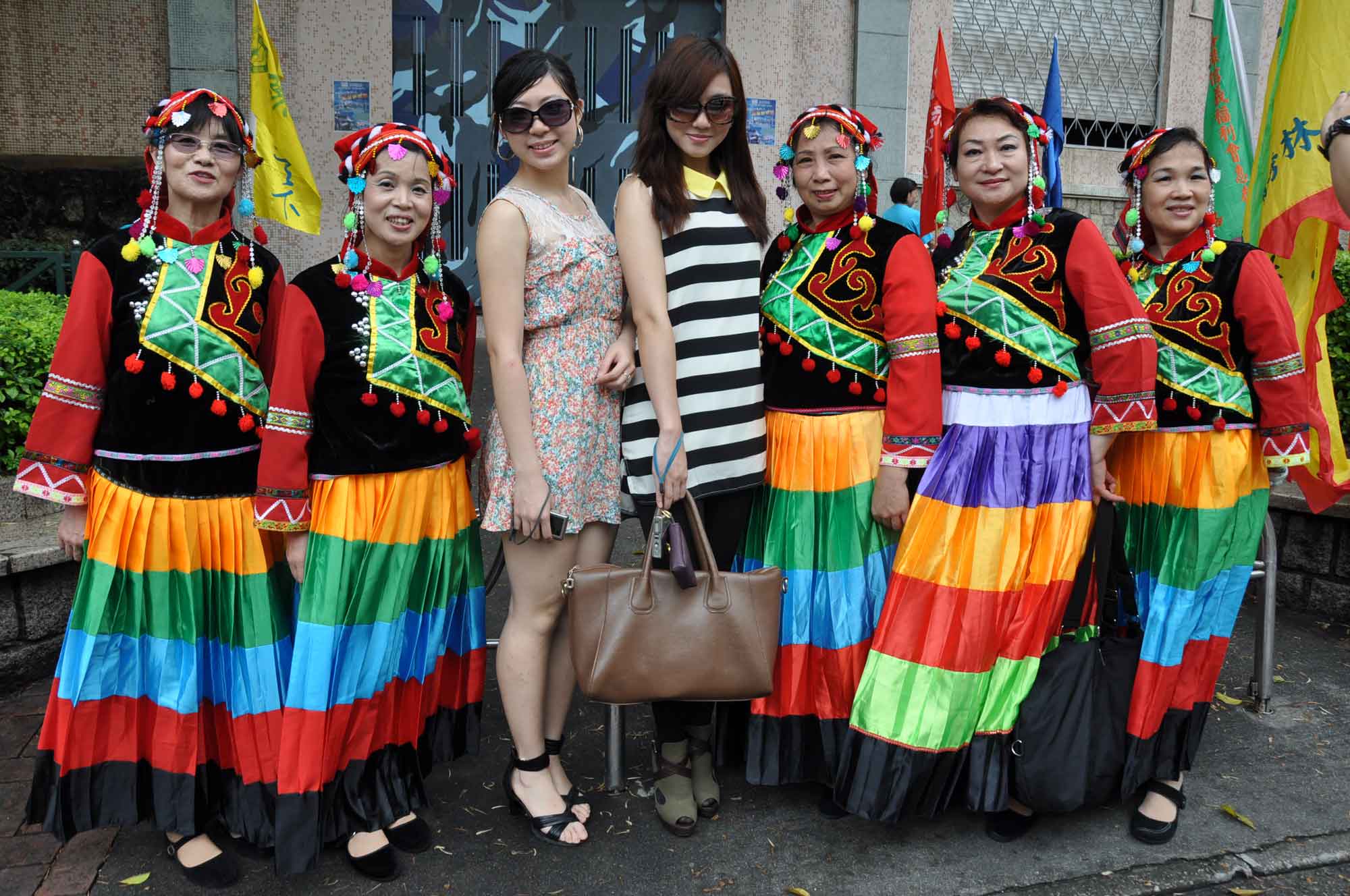 Probably best described as a spectacle rather than a parade or anything else, there was everything from lion dances to stilt walkers, minority women to a peculiar man in pink doing something with a red fan. 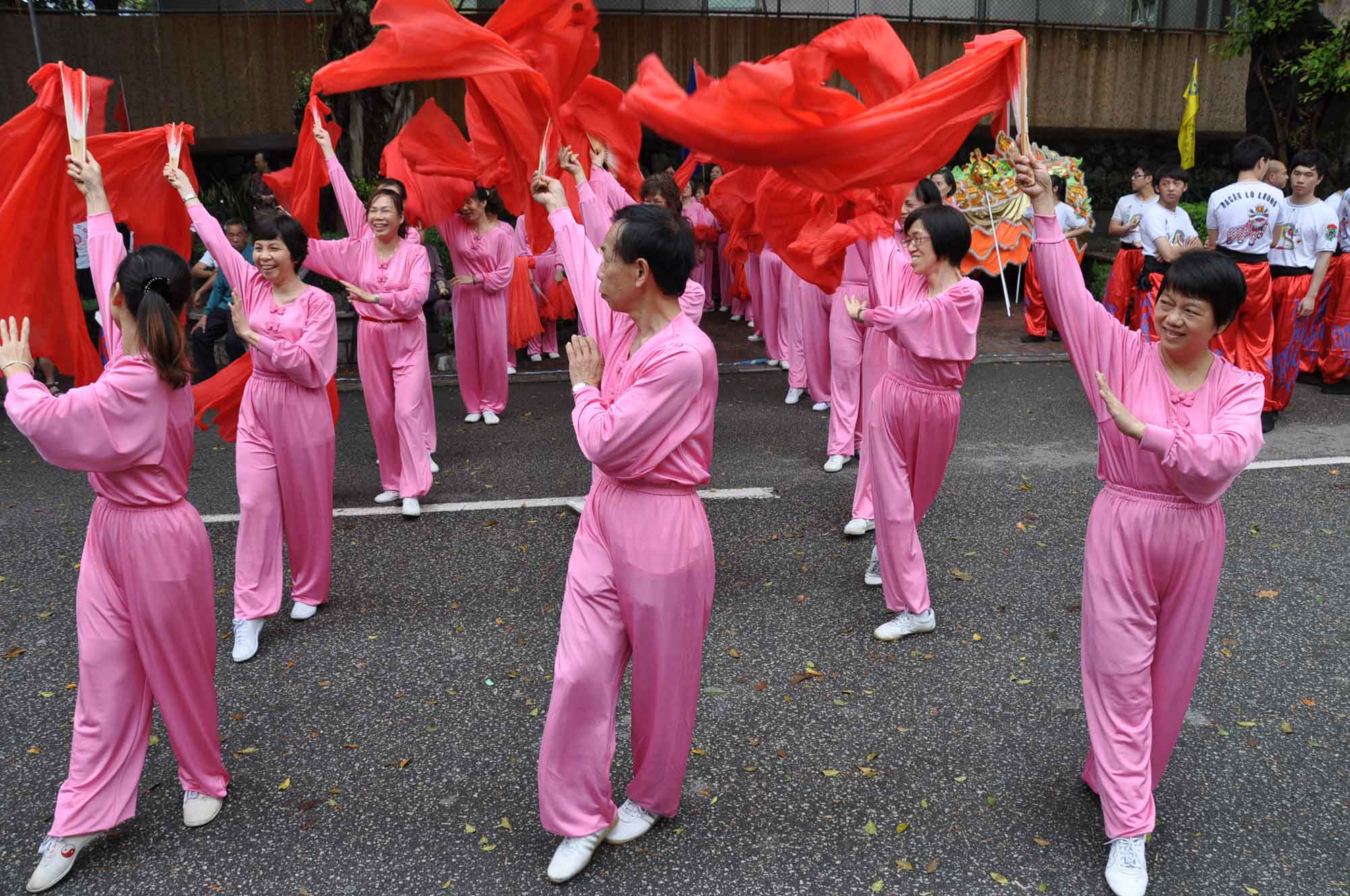 Looking at his two pictures now, I still don’t know what that was. 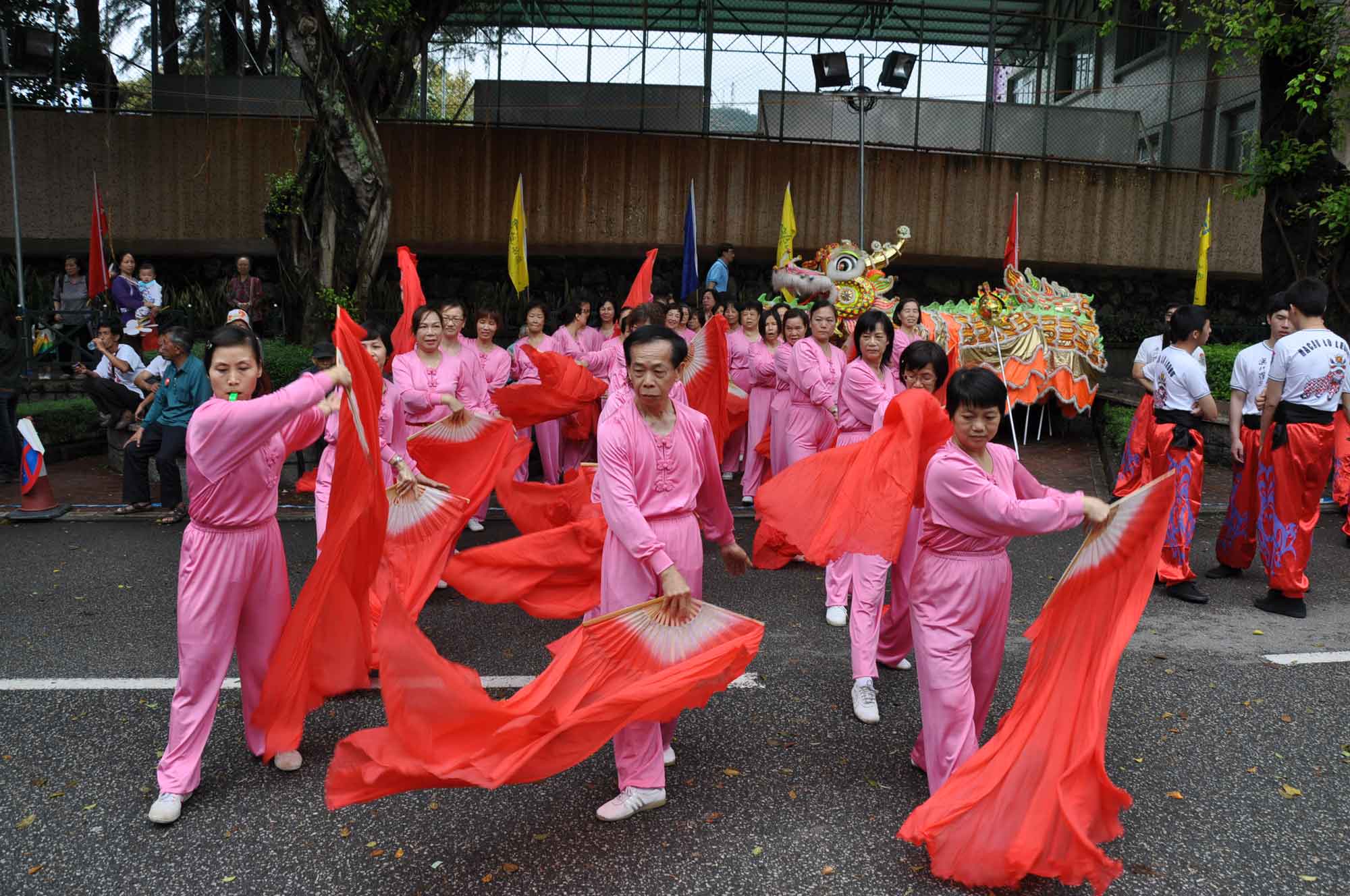 Even though I had no idea what one performer had to do with another, what I was in store for next, or what the point of it all was, I still had a great time at the Tam Kong Festival. 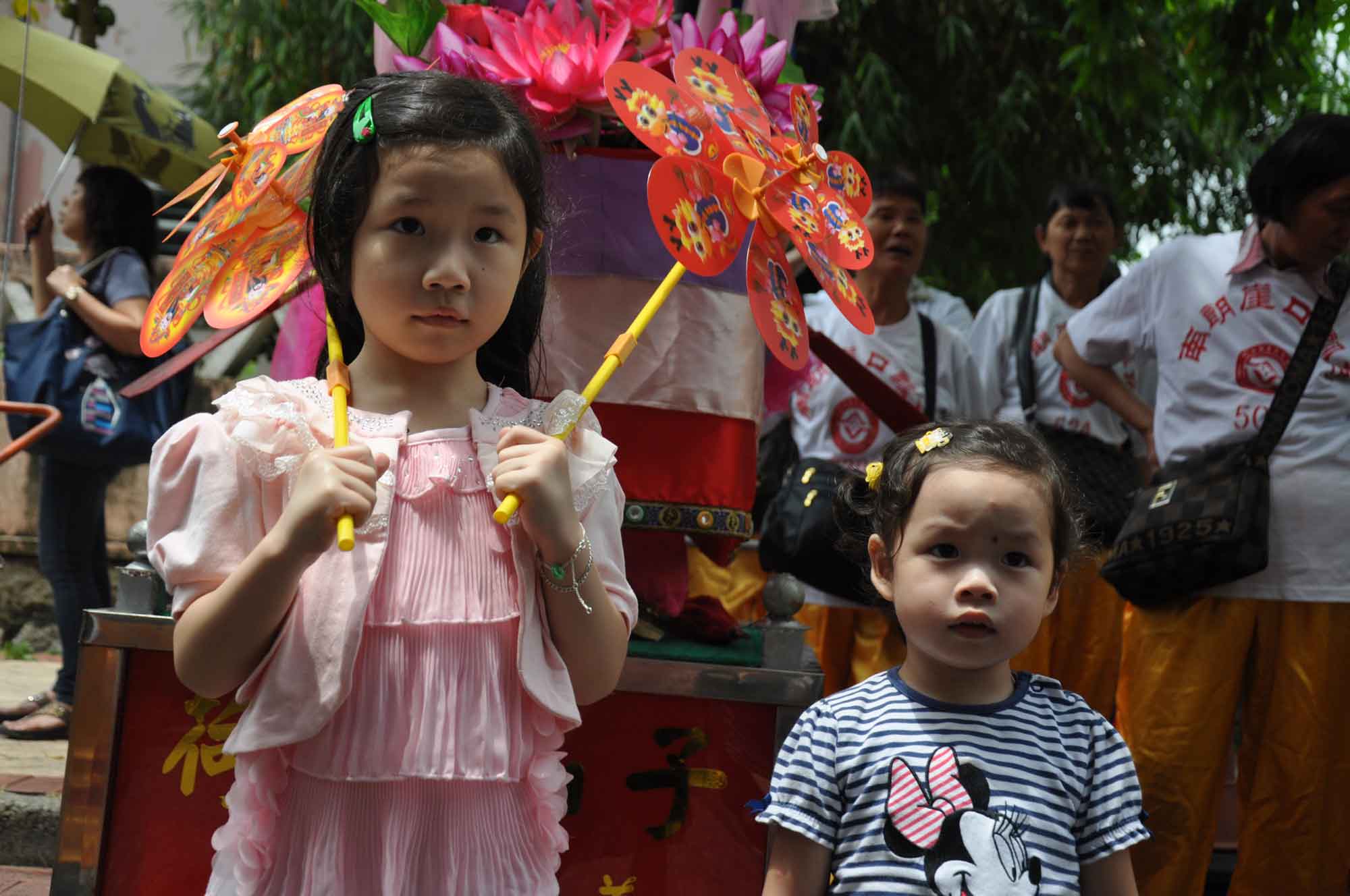 Everywhere I looked there was something to see, and the mood on the street was especially festive. 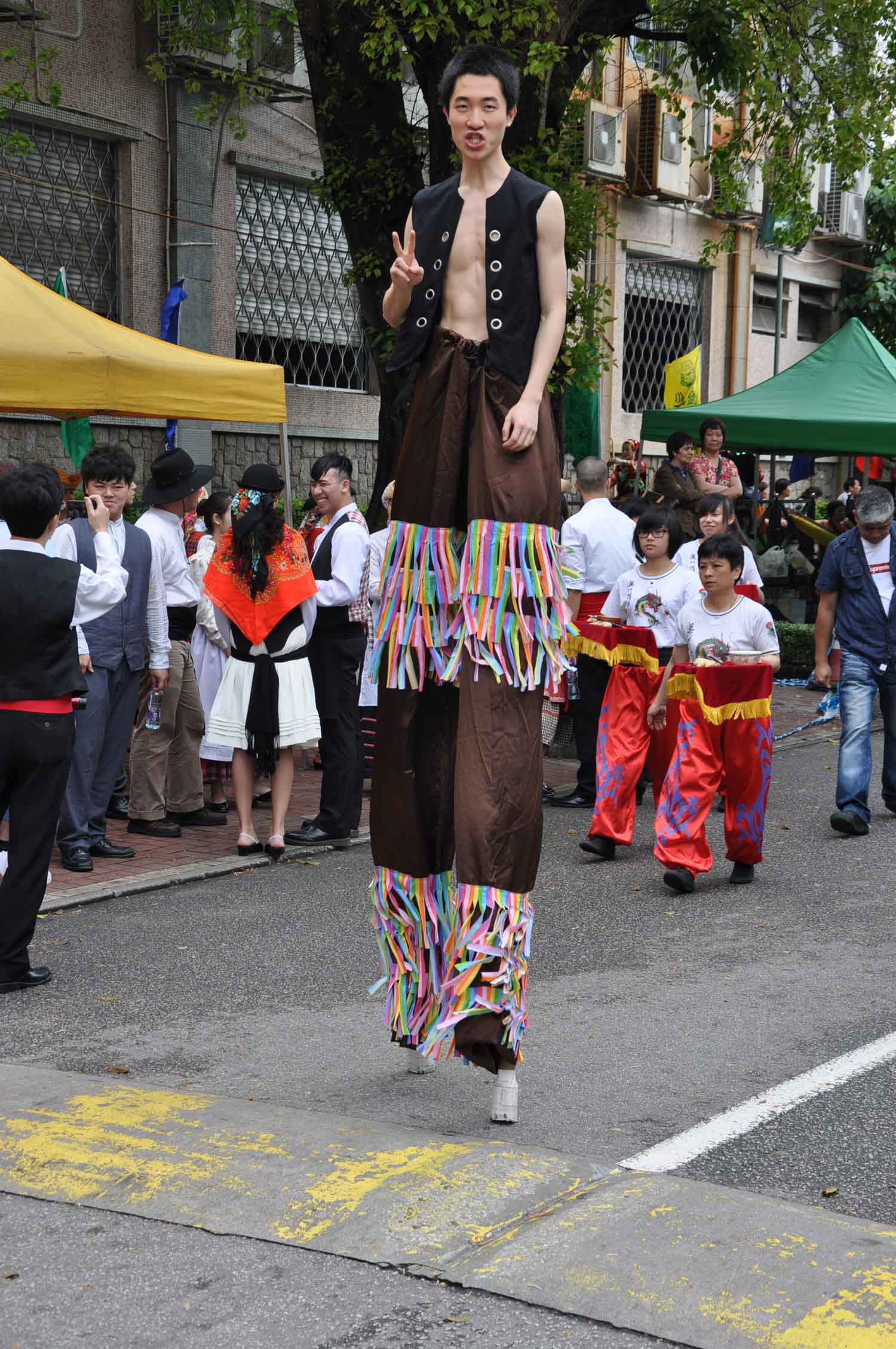 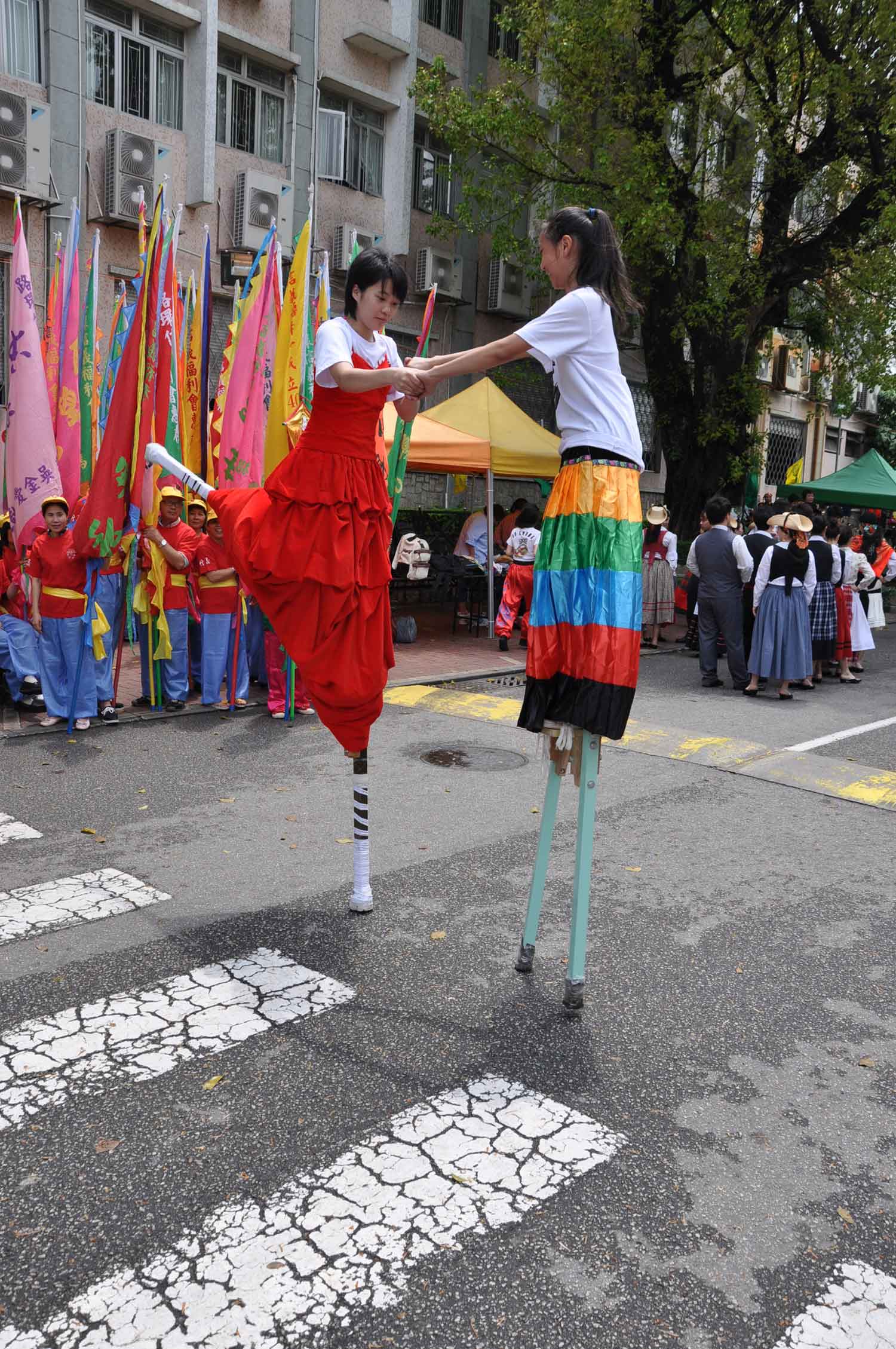 Maven of Macau also hit the airwaves when Qi Meng got interviewed by a local TV crew, and she graciously told the world where she was from, why she had come and her thoughts on the festival. 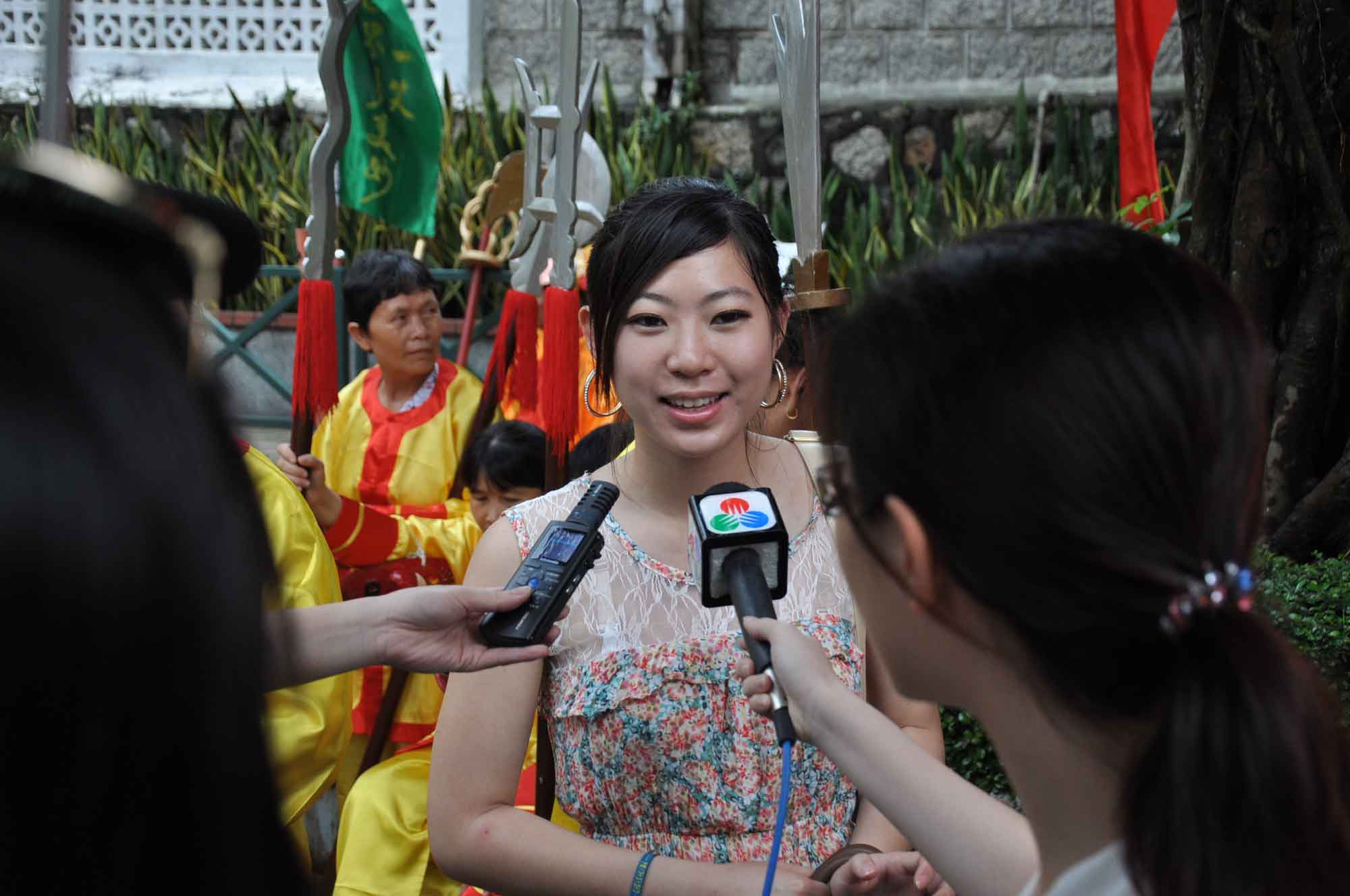 After spending around 45 minutes at the Tam Kong Festival, we returned to the Macau Peninsula to see the end of the Drunken Dragon Festival., 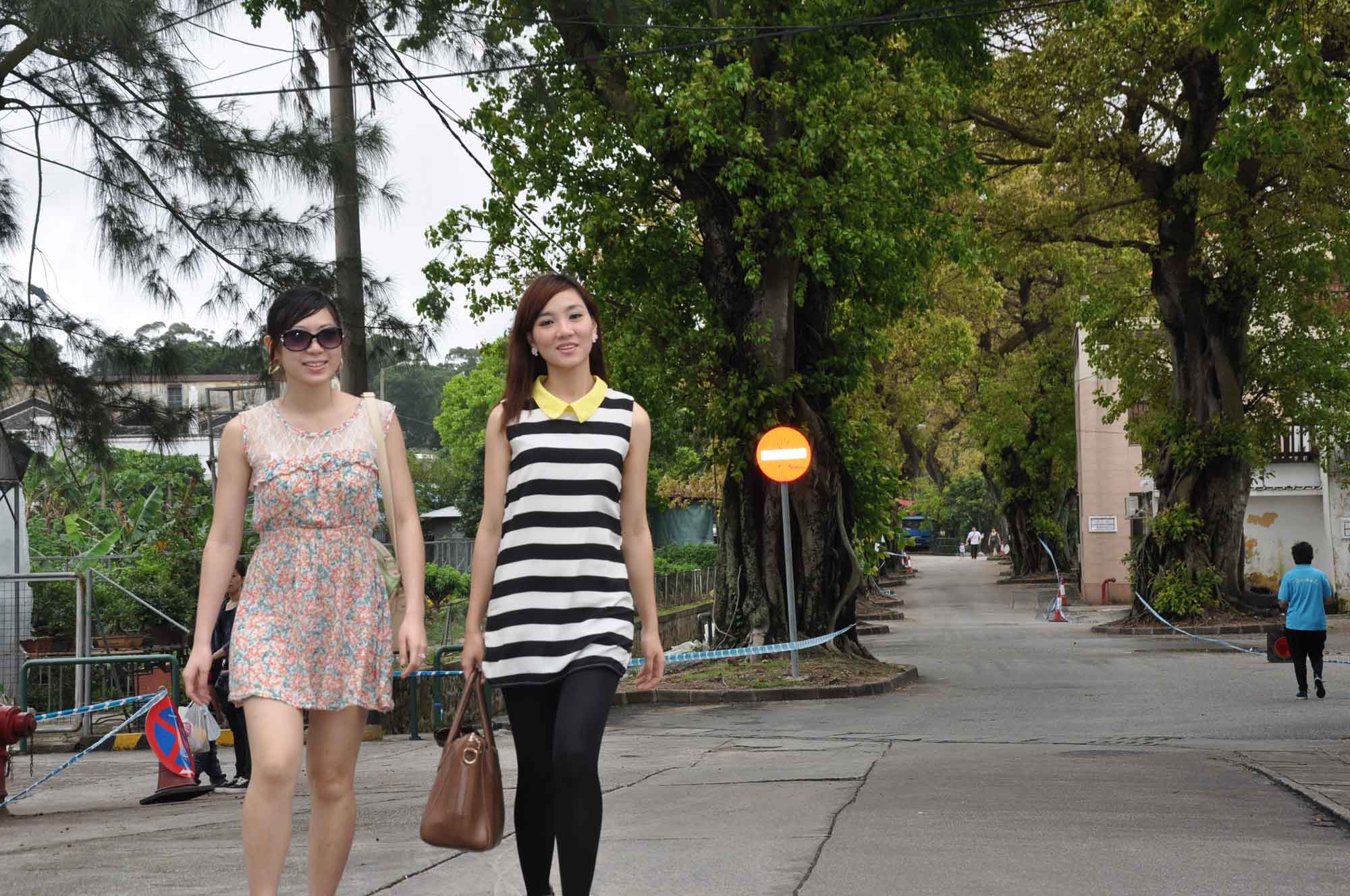