After the Art Museum Mu Yi and I had a look at the adjacent Handover Gifts Museum.  When the handover occurred in 1999, each one of China’s provinces and special regions presented a special gift to Macau, to celebrate its return to the mainland.

Since each present in some way reflects a very distinctive local art style and tradition, the museum is actually one comprehensive showcase of Chinese art that’s very impressive to see.  If there’s a common theme among the pieces, I’d say that many of them use a lot of precious stones and/or highly intricate carvings and engravings.  Quite neglected by a lot of locals and travellers alike, the Handover Gifts Museum is one of Macau’s most underrated attractions.

Among the 33 gifts displayed, these are the ones Mu Yi and I liked best:

Beijing: China’s capital city contributed this carved lacquer plate.  Beijing’s Summer Palace is linked with A Ma Temple via the Macau-Taipa Friendship Bridge.  Lacquer carving dates back to one of China’s golden ages, the Tang Dynasty, which ruled the country from 618 to 907.  Lacquer is a kind of resin secretion derived from a tree that coats wood or copper moulds.  After 20 mm of lacquer is applied to the plate, carvings are then made on top of the lacquer layers. 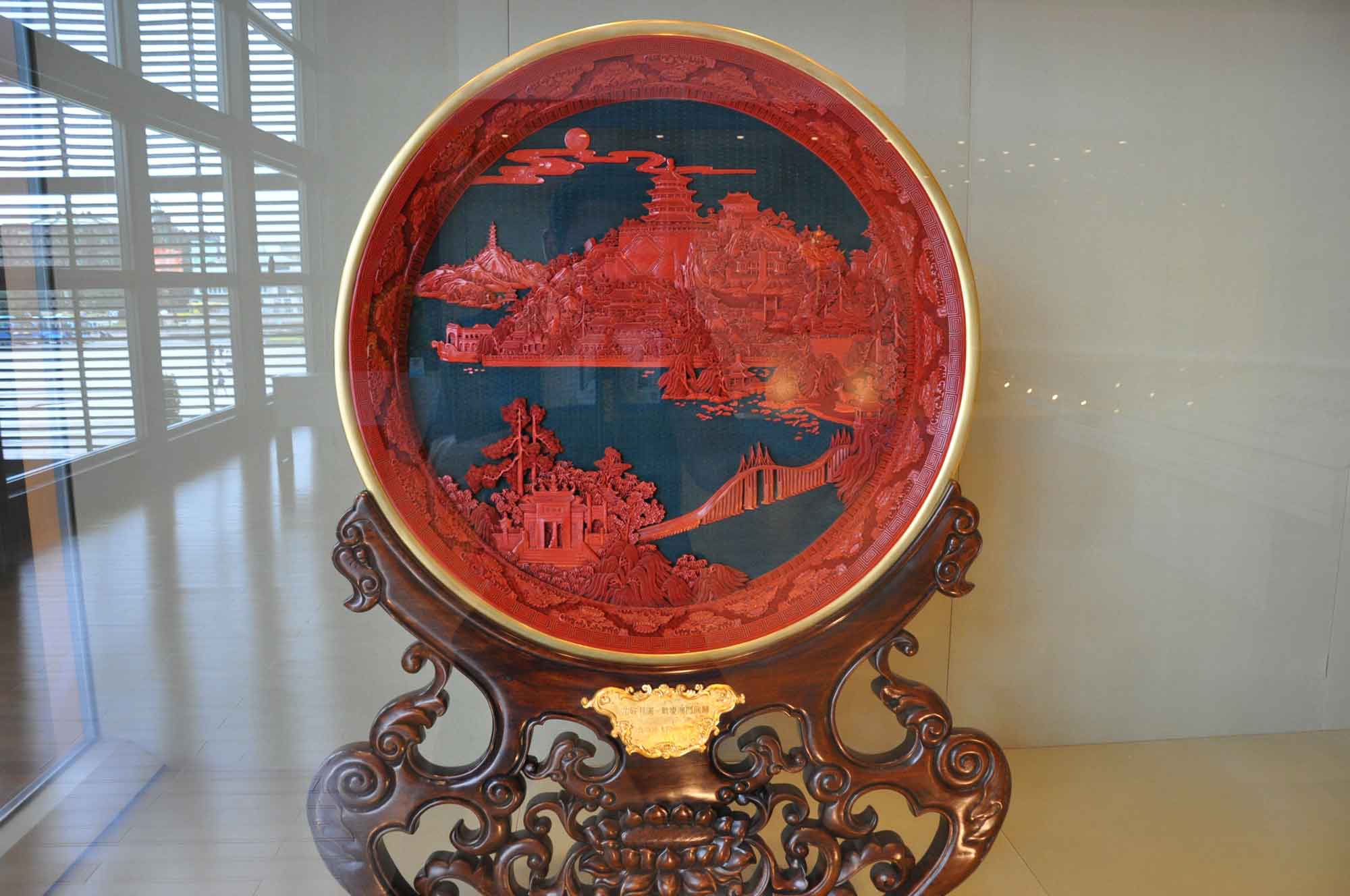 Hainan Island: These two vases are made from 5,200 pieces of coconuts.  Coconut carving in Hainan dates back to the Tang Dynasty, and was often given as gifts to emperors.  The vase depicts local Hainanese doing a ceremonial dance welcoming Macau back to China.  The coconut trees in the middle all have 9 leaves and 9 coconuts, signifying Macau’s return in 1999. 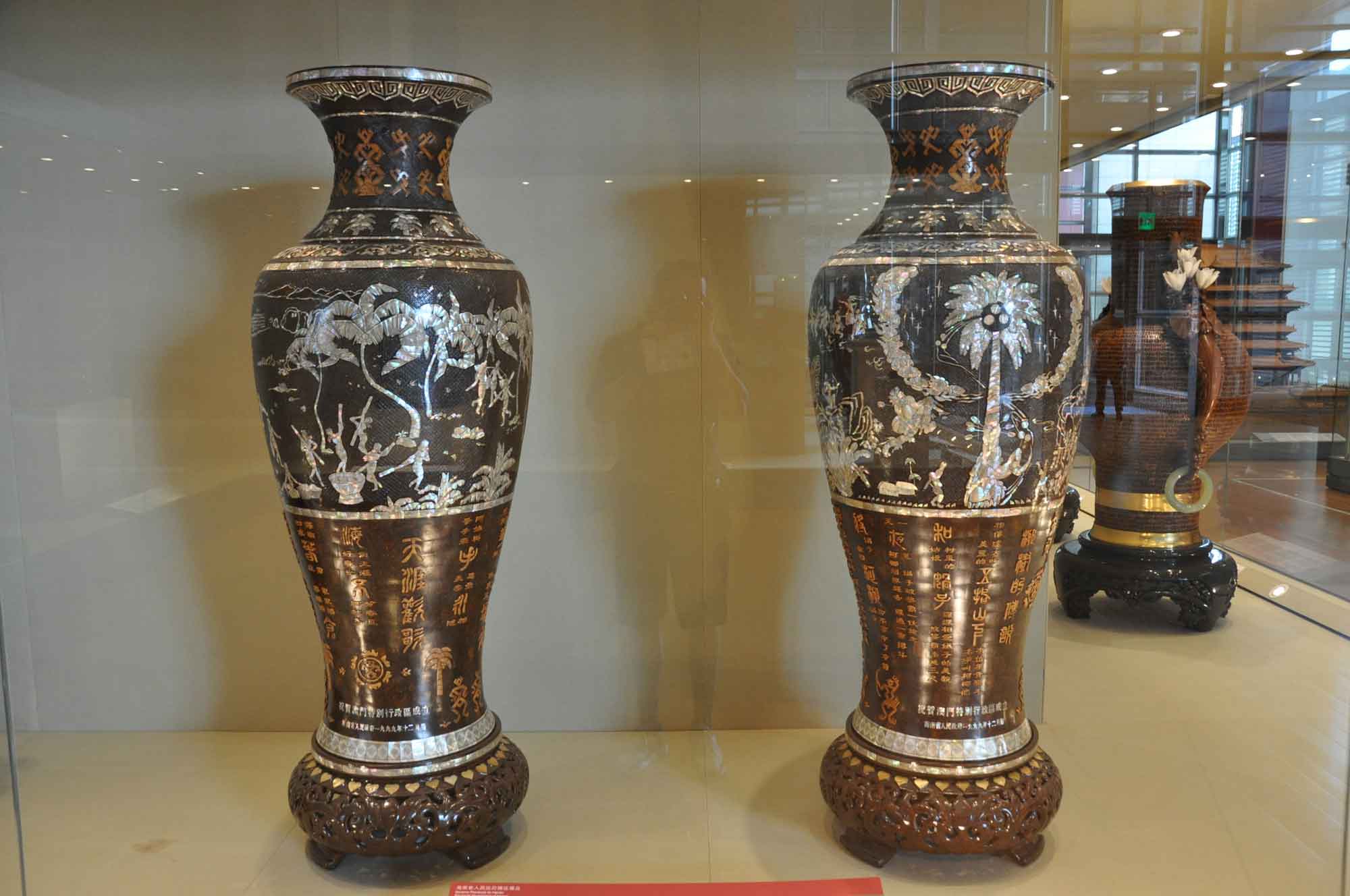 Guangxi Province: My favourite one comes from Guangxi Province.  The picture is made of 73,800 precious stones, such as pearls, rubies, emeralds etc.  The top part depicts a bridge linking St Paul’s to Guilin’s Elephant Mountain.  A flock of geese fly from Macau returning to the motherland, while twelve minorities dance in the forefront celebrating Macau’s return.  There’s a harmony in the composition that I find to be quite pleasing. 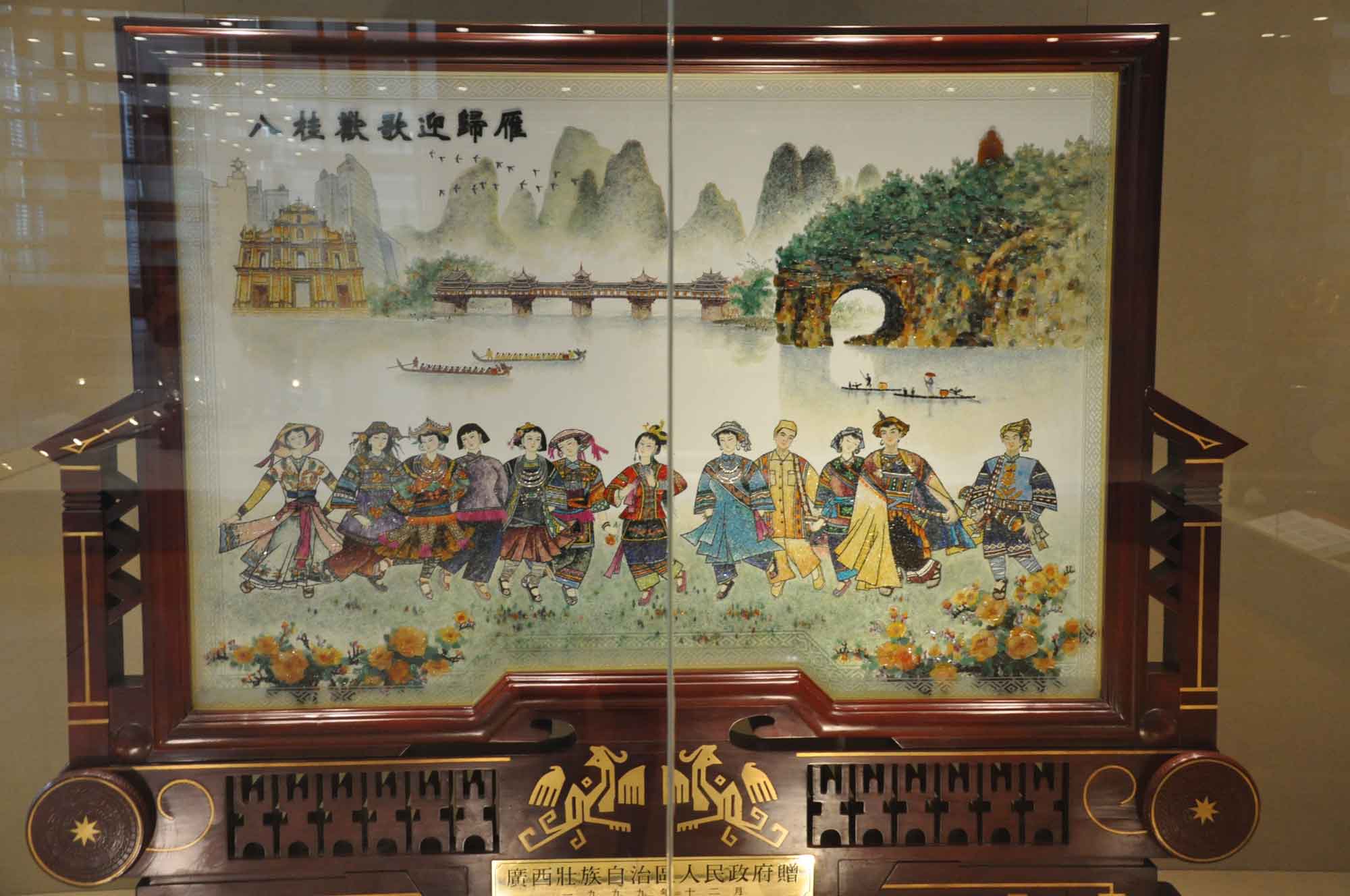 Zhejiang Province: Two dragons that symbolise China’s two great rivers (The Yangtze and The Yellow) hold up a pearl, which stands for Macau.  (Macau is found at the mouth of the Pearl River.)  There’s something I find quite artistic (and sinister) about the way the dragon’s contorted bodies curve and then come together. 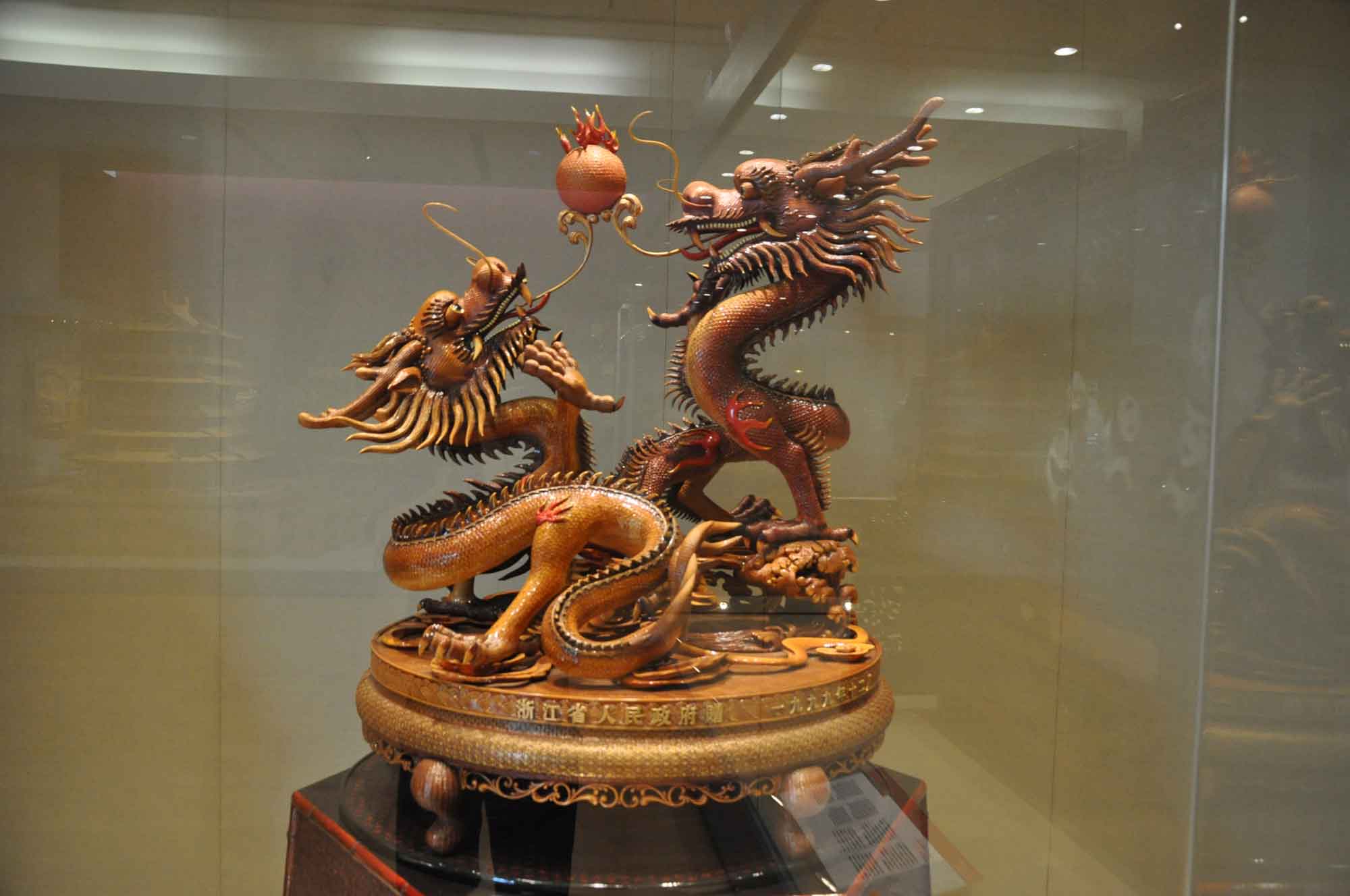 The State Council of the People’s Republic of China contributed this piece.  The lotus flower is a symbol of Macau, and can be found on their city flag.  This statue is a mini replica of the 6 metre tall Lotus Statue located beside Macau Forum. 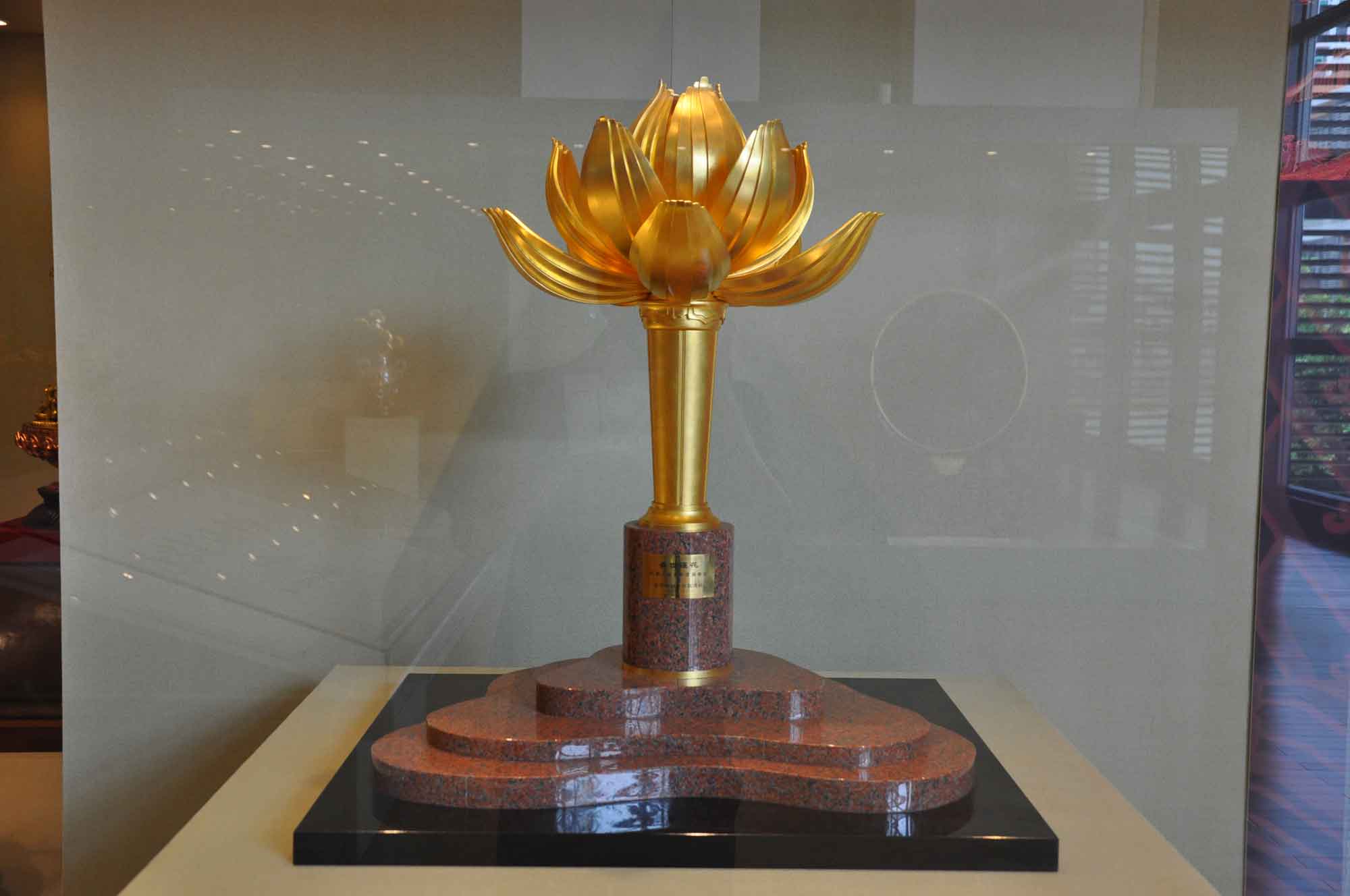 Hebei Province: Hebei province gifted this hand crafted filigree.  From Wikipedia, “Filigree is a delicate kind of jewellery metalwork, usually of gold and silver, made with tiny beads or twisted threads, or both in combination, soldered together or to the surface of an object of the same metal and arranged in artistic motifs.”  Here we have 9 golden lions holding up a ball which symbolizes China.  There are 34 precious stones on the ball which stands for China’s 34 provinces, special regions, autonomous zones and municipalities.   The 9 golden lions and the 9 pieces of ribbon also stand for 1999, the year of the handover. 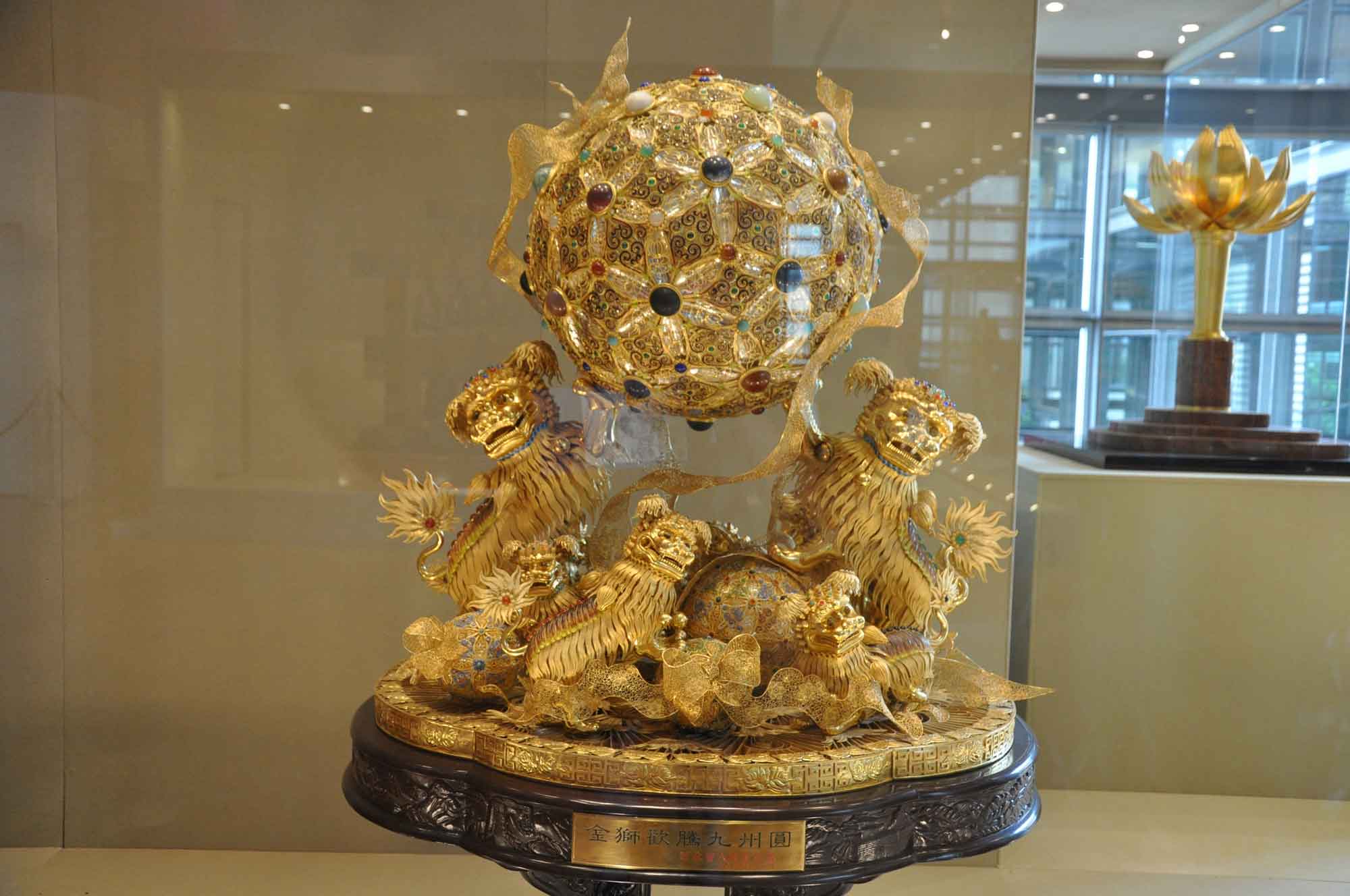 Free of charge, the Handover Gifts Museum is a must see if you’re in the area.  Hours are 10 am to 7 pm daily, except on Mondays when it’s closed.

After finishing up there we returned to Coloane to rest up and prepare for our big night out at the Tasting Room, Macau’s preeminent dining venue and my favourite restaurant in the city, bar none.

(Unfortunately the Tasting Room permanently closed in May 2020.  Filthy!)

I’ve been to a lot of restaurants in Macau similar to the Tasting Room and written reviews for them on this site.  By similar I mean signature Western restaurants in high end casino hotels that get marketed as ultra refined and ultra exclusive, whose chef is famous, where every dish is luxurious and the creme de la creme.   And without exception I almost always give this kind of restaurant the same score – 3 stars. 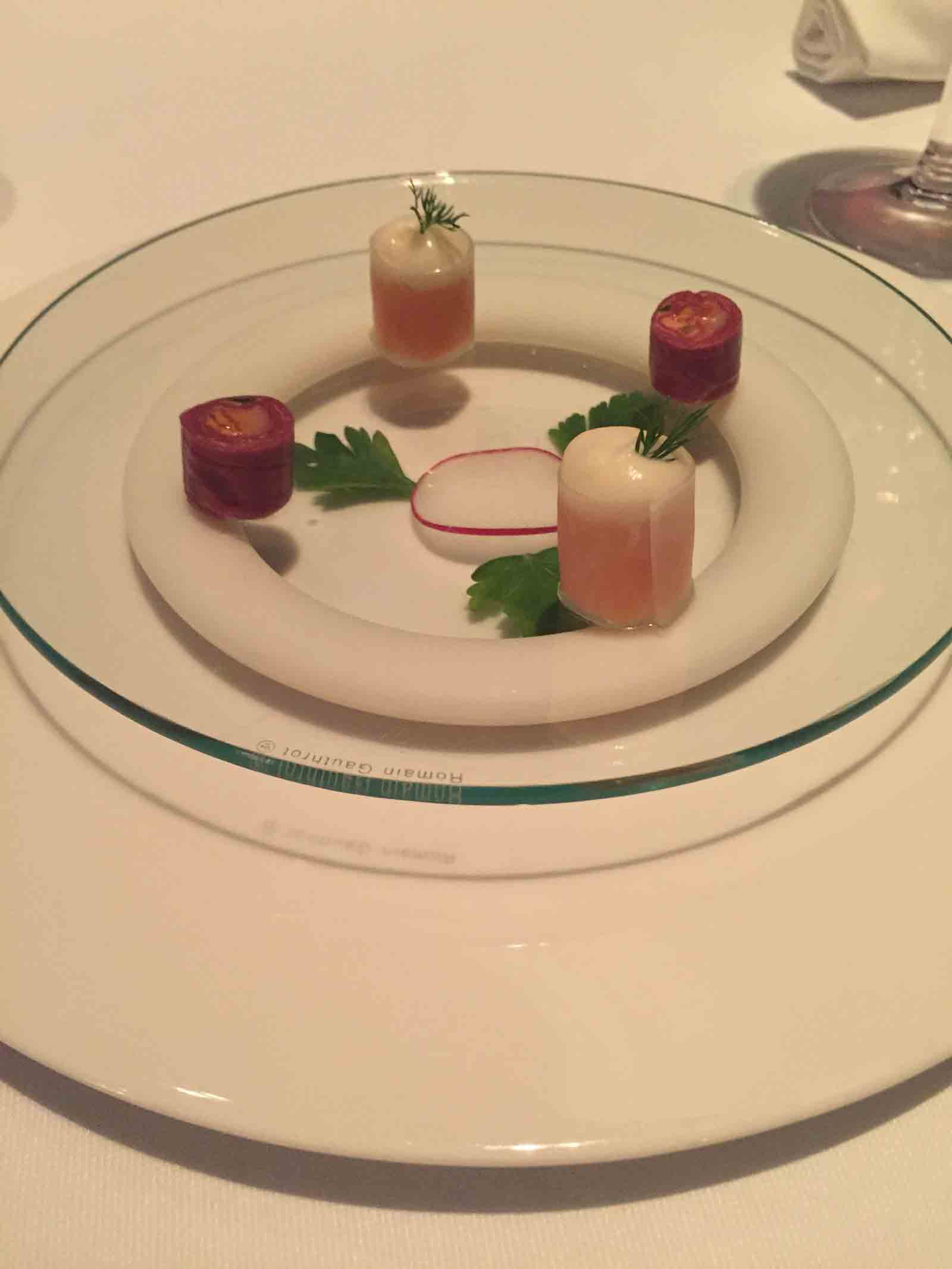 While the food is good, probably to a 4 star level, I invariably knock them down for being so bloody expensive.  When I leave I think to myself, sure it was a nice night, but I don’t really need to come back. 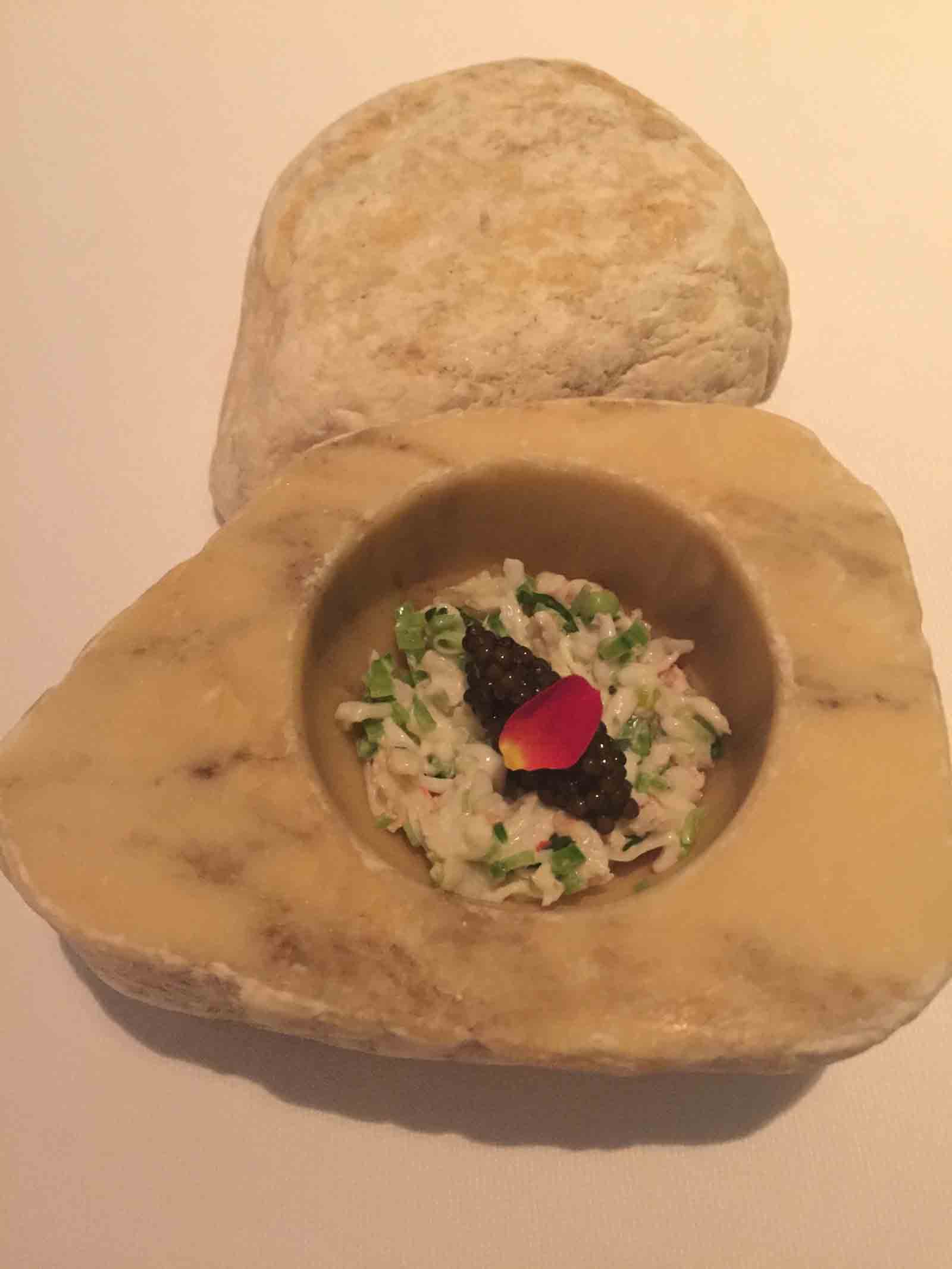 With the Tasting Room however, it’s completely different.  Every time I leave there I go out on a high, thinking I’ve just experienced something truly spectacular.  Snubbed by the snobs at Michelin for three years now, (with their 1 star designation when it should be 3), The Tasting Room is the only restaurant I considered spending my birthday at. 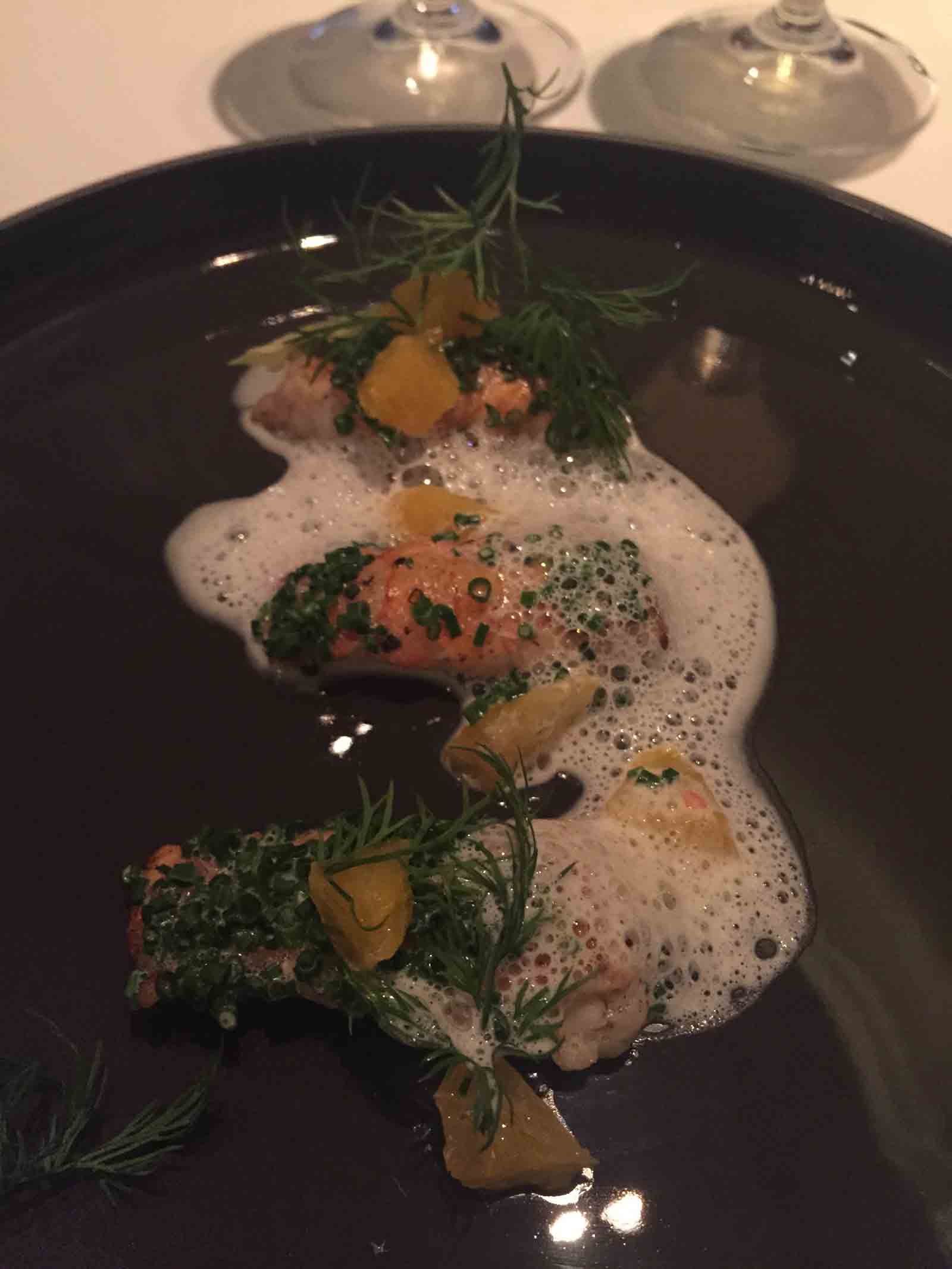 Mu Yi and I went for the best thing they offer, the Chef’s Tasting Menu, a tour de force 8 course meal, fit for only the most discerning of diners. 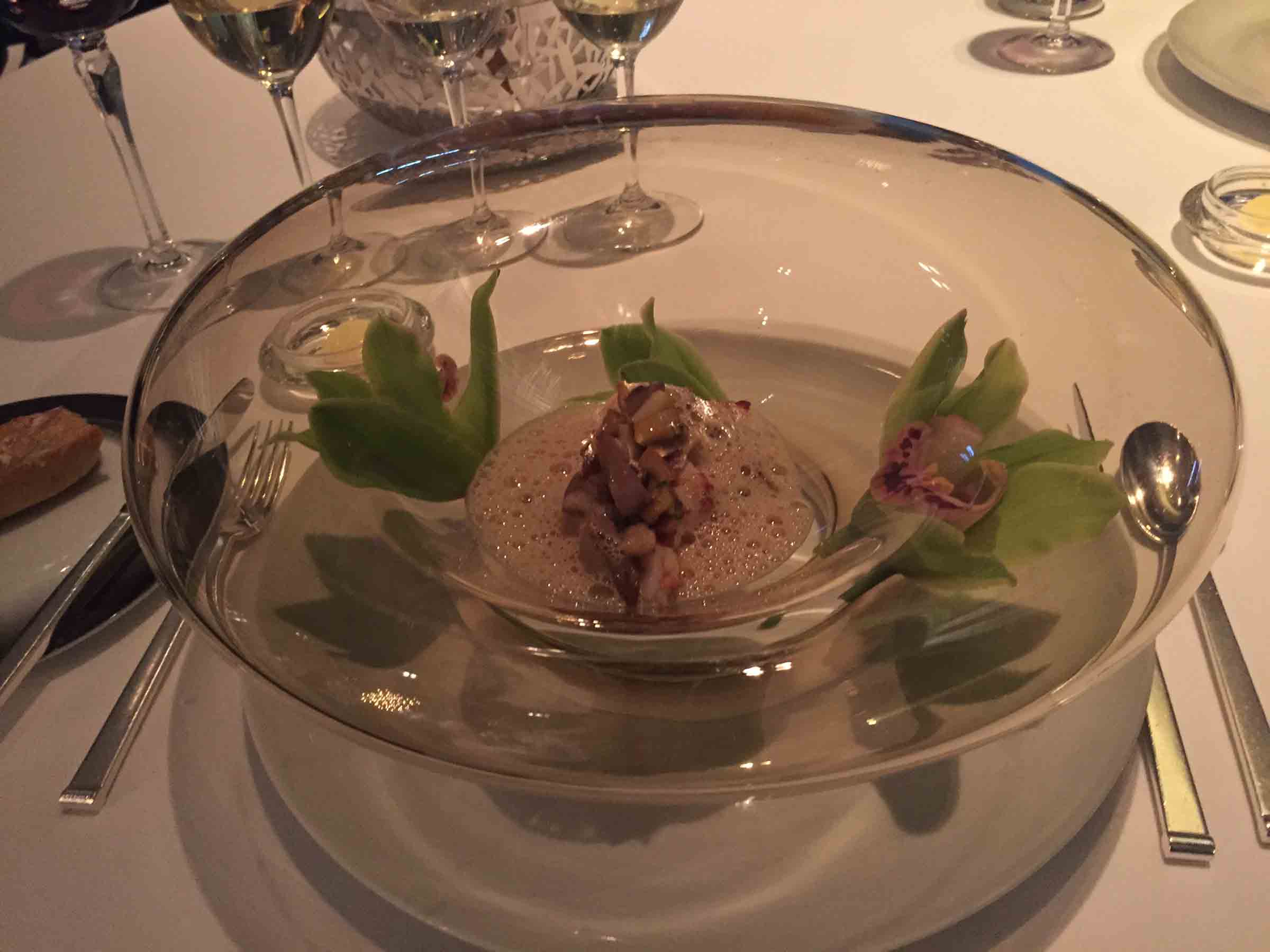 If I were better at writing food reviews I could do a dish by dish expose espousing the ingredients used, how they go together and why it all works, but I was too busy talking with Mu Yi and having a good time to make notes.  Besides that, I don’t think my words could ever do the food justice anyway. 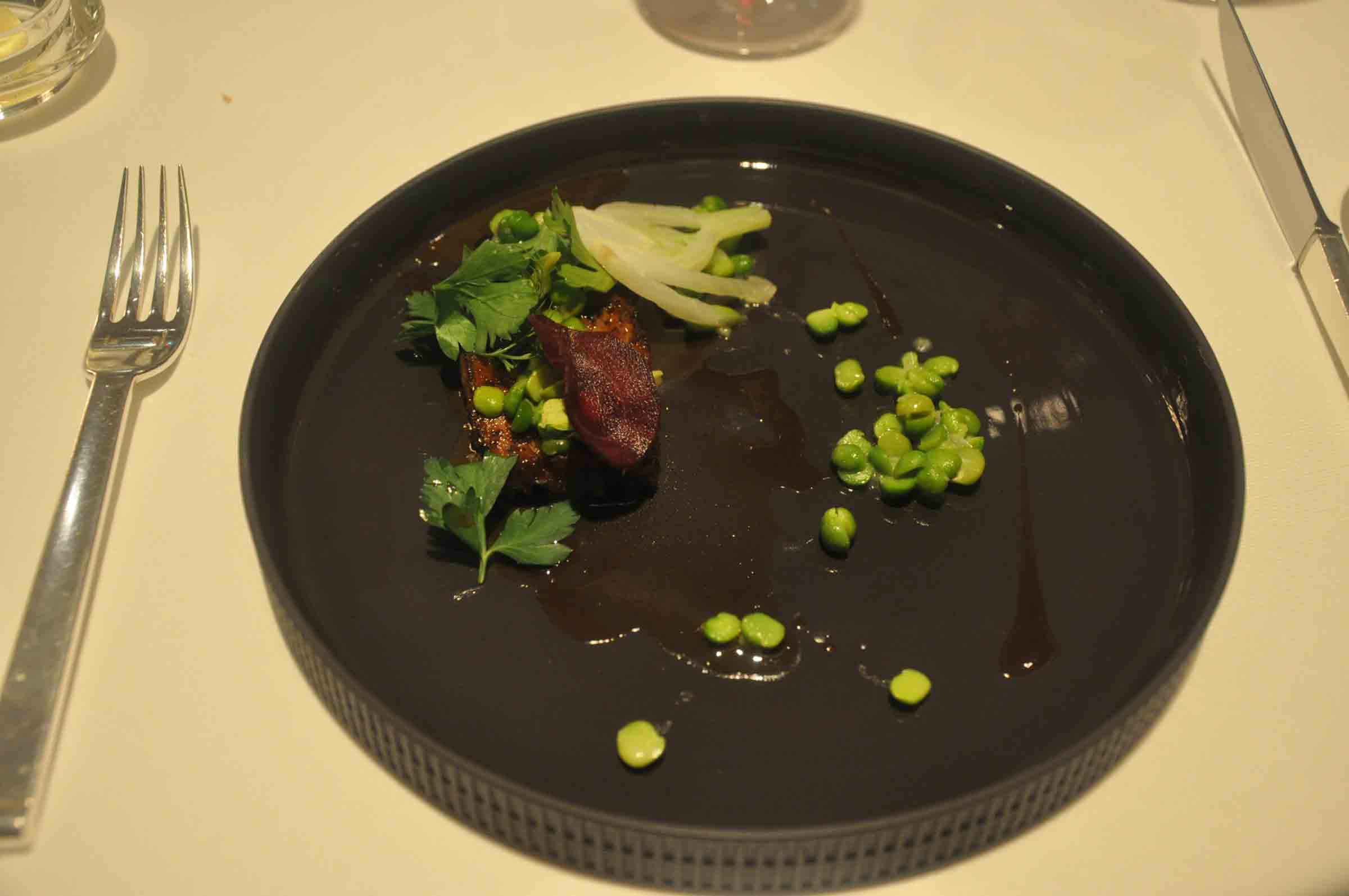 It works because it works and you’ll only know what I mean by going there and trying it yourself.  When dessert came it was served with a couple of glasses of Grand Marnier, a nice little birthday gift from the Tasting Room to yours truly.

The waiter then took this photo of Mu Yi and I together, which turned out to be the last one of the trip (and probably my favorite one too). 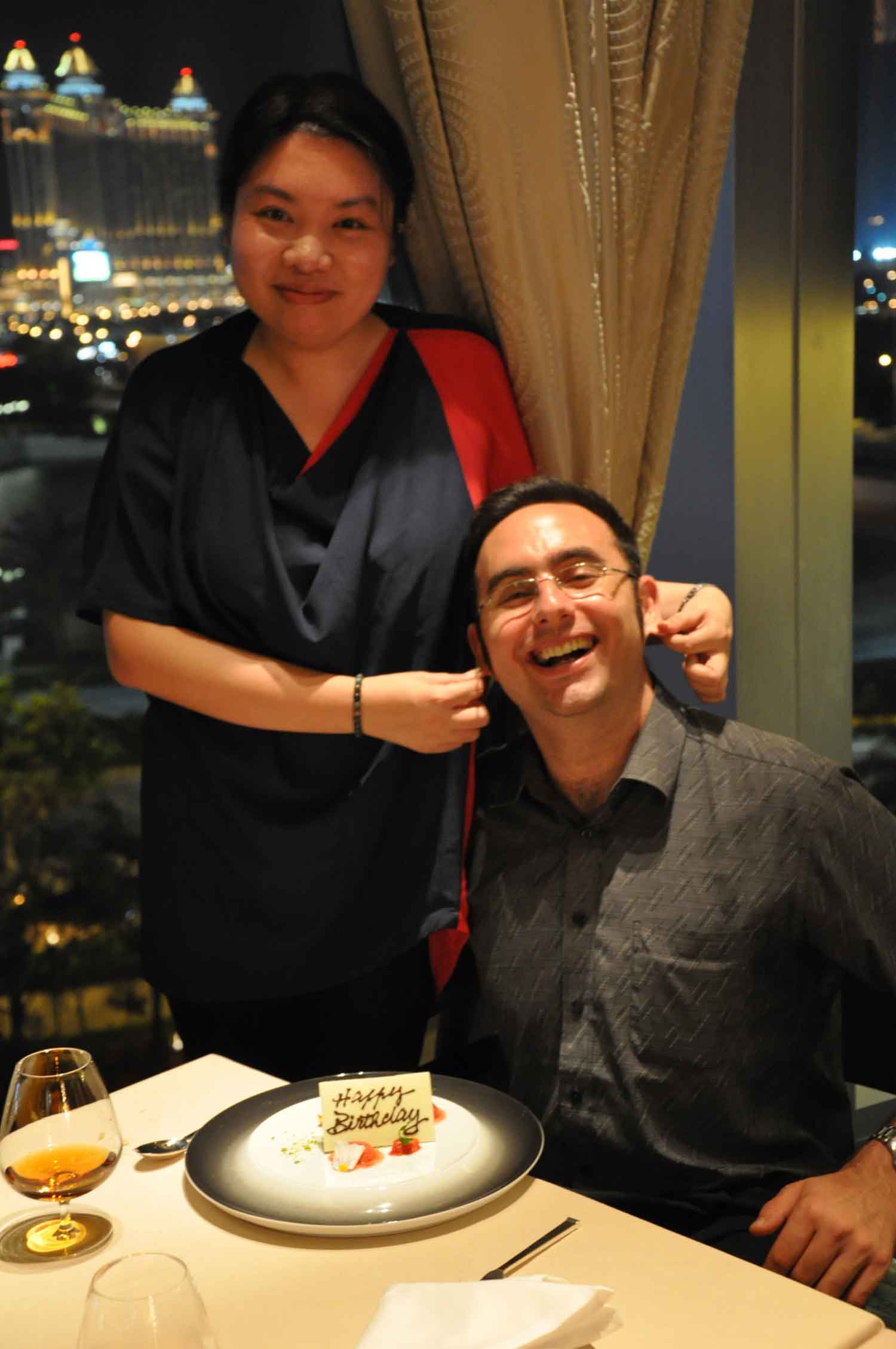 As with the first Trip Report, I hope you enjoyed reading about our four days in Macau, and can use some of what we did as a resource to plan your own trip there.  As long as you experience the best that the city has to offer, you’re certain to have a very enjoyable time there.

For the last extended Trip Report that happened in 2014, please follow the link below.