Our last stop of the afternoon was to visit the sculptures of the 56 Chinese ethnic minorities on top of Taipa Grande Park.  Forgetting to take a map with me, I figured any cab driver would know where to go after Mu Yi explained to them what was there.  As it turned out, I was dead wrong.  The cab driver had never heard of any sculpture park and he took us to the wrong hill instead.  We spent the last of our afternoon pathetically climbing up Taipa Pequena looking out for sculptures when we should have been on the other side of the (old) island by the airport.

Salvaging a bit of our misfortune, we wound our way off the mountain down to the nearby Pou Tai Un Monastery, which is one of the nicer ones in Macau. 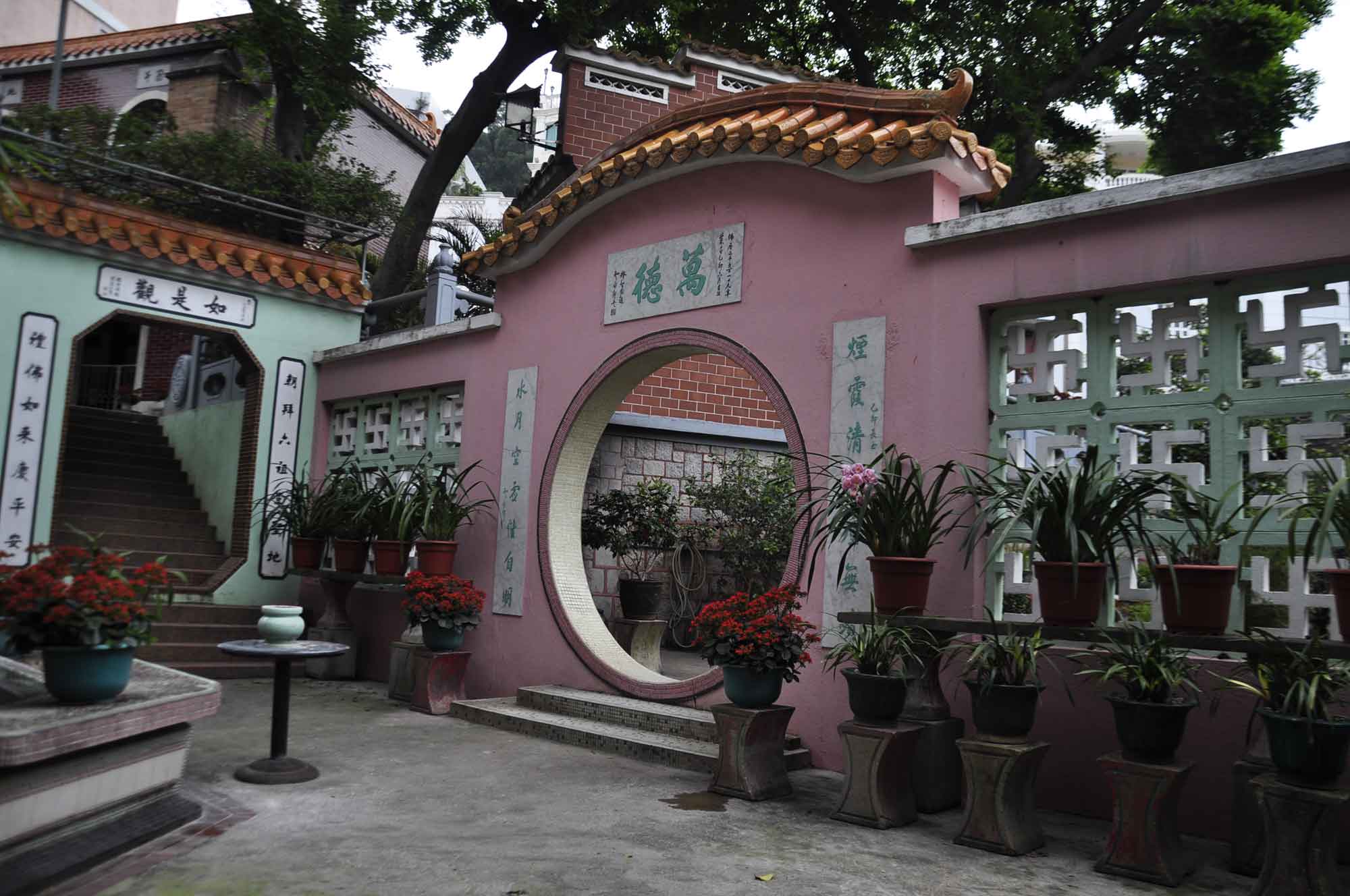 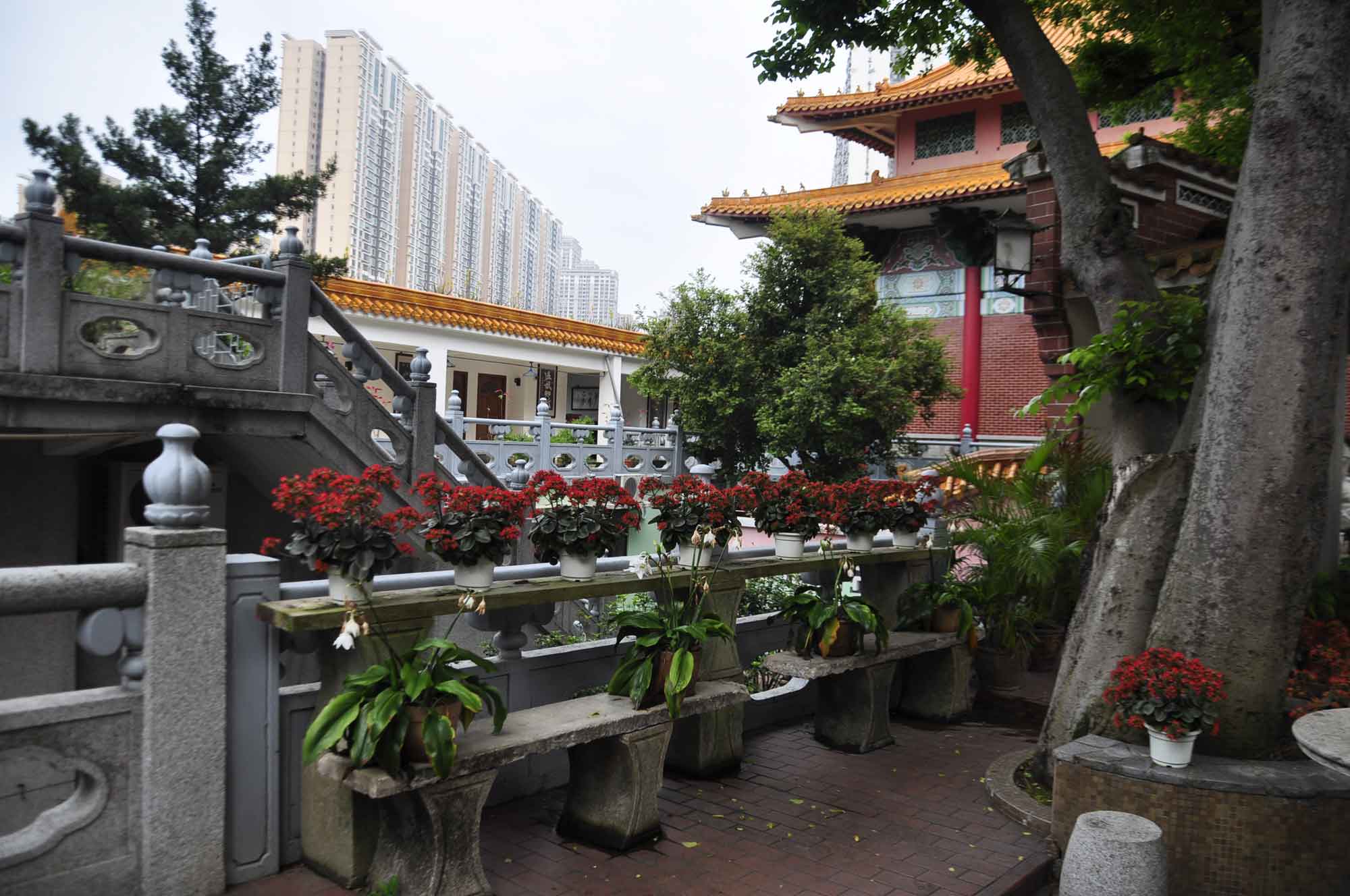 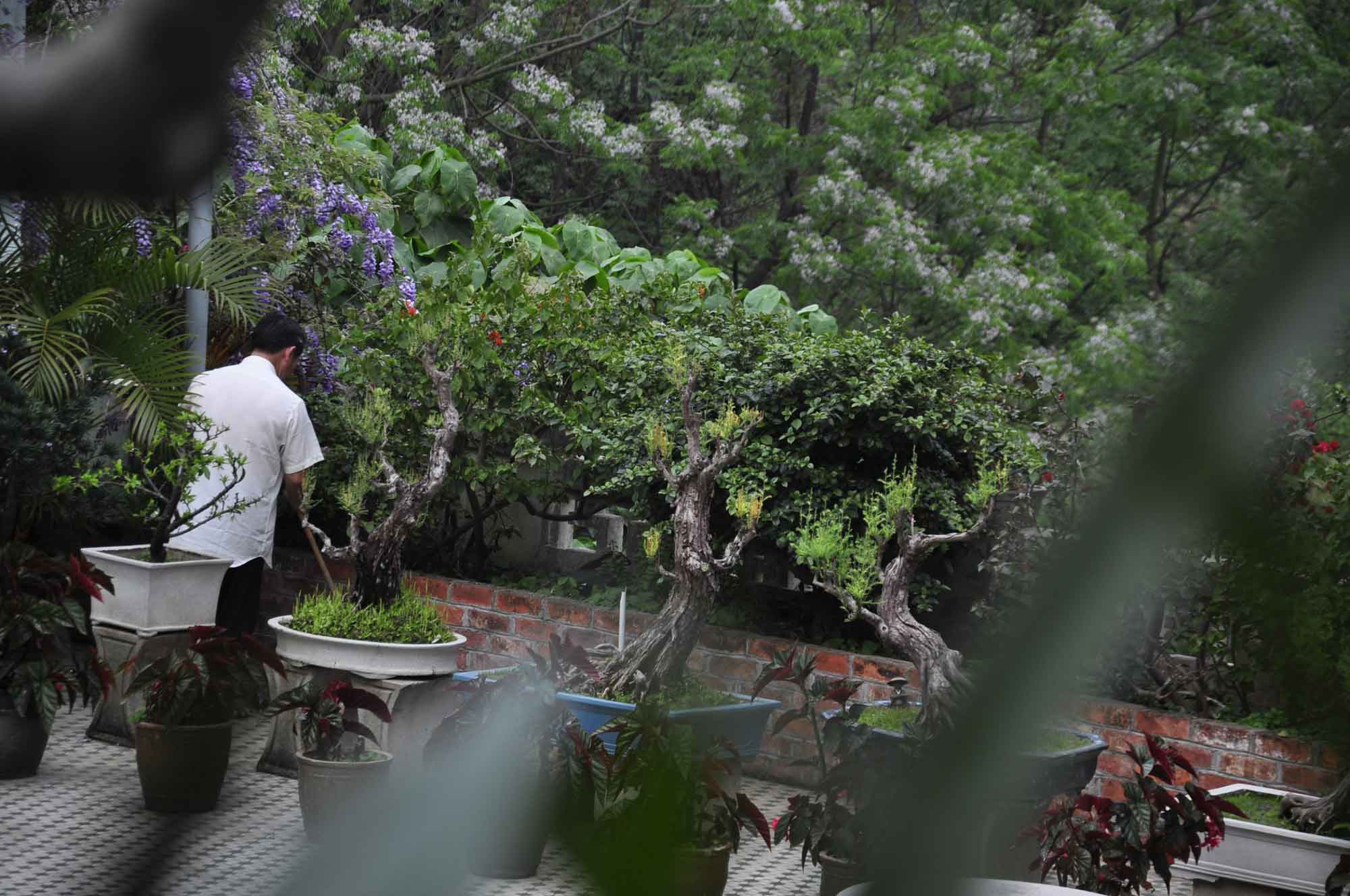 Also home to a vegetarian restaurant, and two big big dogs, the back door leads out to a pretty neat road, full of tall fancy facades and expensive cars. I jokingly told Mu Yi we might see some of the people who live there a couple of hours later when we had dinner. 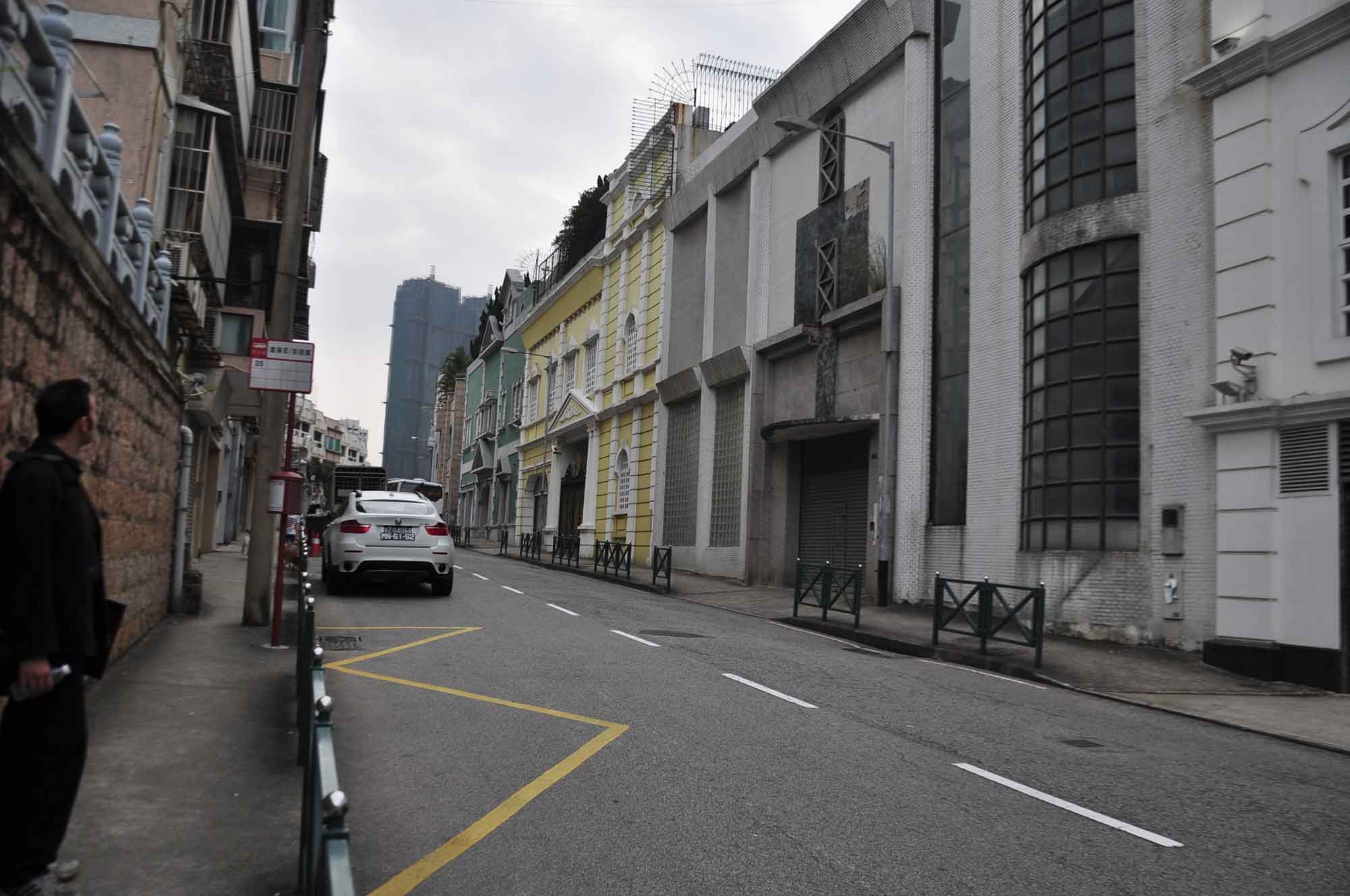 Perhaps saving the best for last, our final meal in Macau would be at the Four Seasons signature Cantonese restaurant, the two Michelin starred Zi Yat Heen. 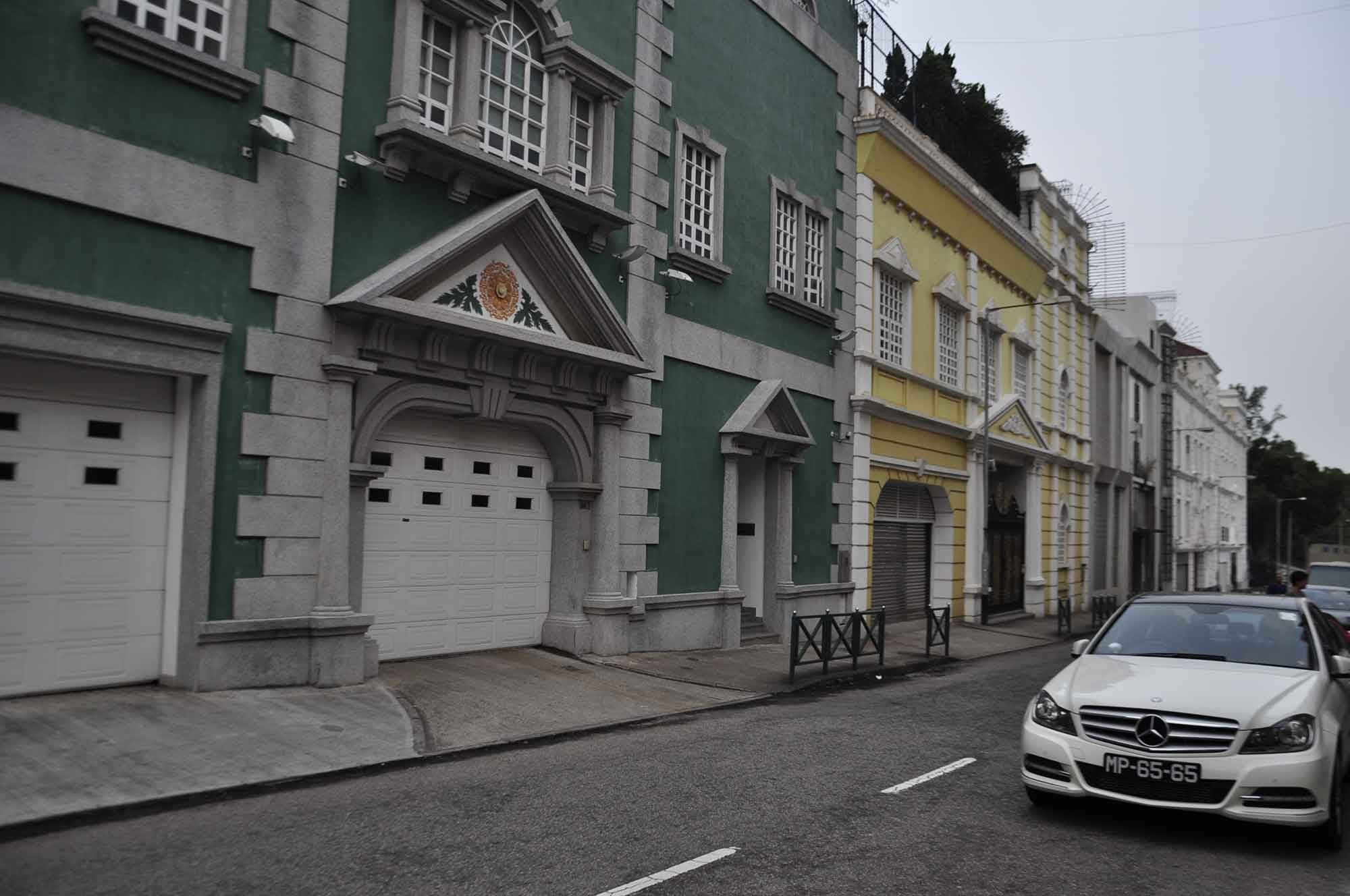 The overwhelming memory I have of Zi Yat Heen has nothing to do with the food, which was very good, but rather of the waitresses who were working there that night.  Picture this.  Three very attractive young Chinese women, fresh out of university, proficient at their job, smiling at every opportunity and best of all, calling me Mr. Jim in their cute cute cute Chinese accents every time they delivered a dish. 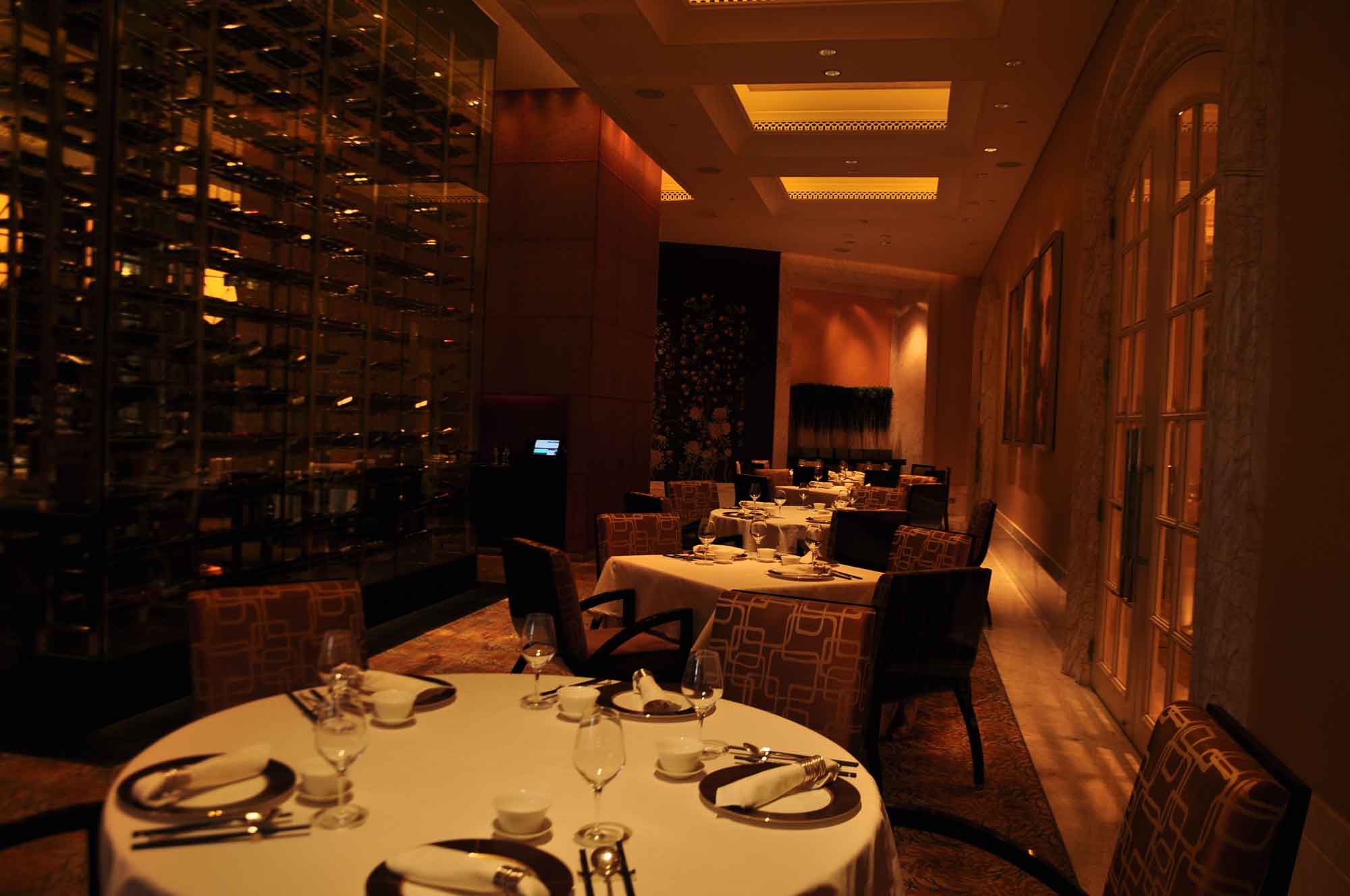 More charming they could not have been, and I honestly sat there enamoured with all three of them.  Without a doubt, the best service on the trip was at Zi Yat Heen, although I doubt Mu Yi enjoyed it as much as me. 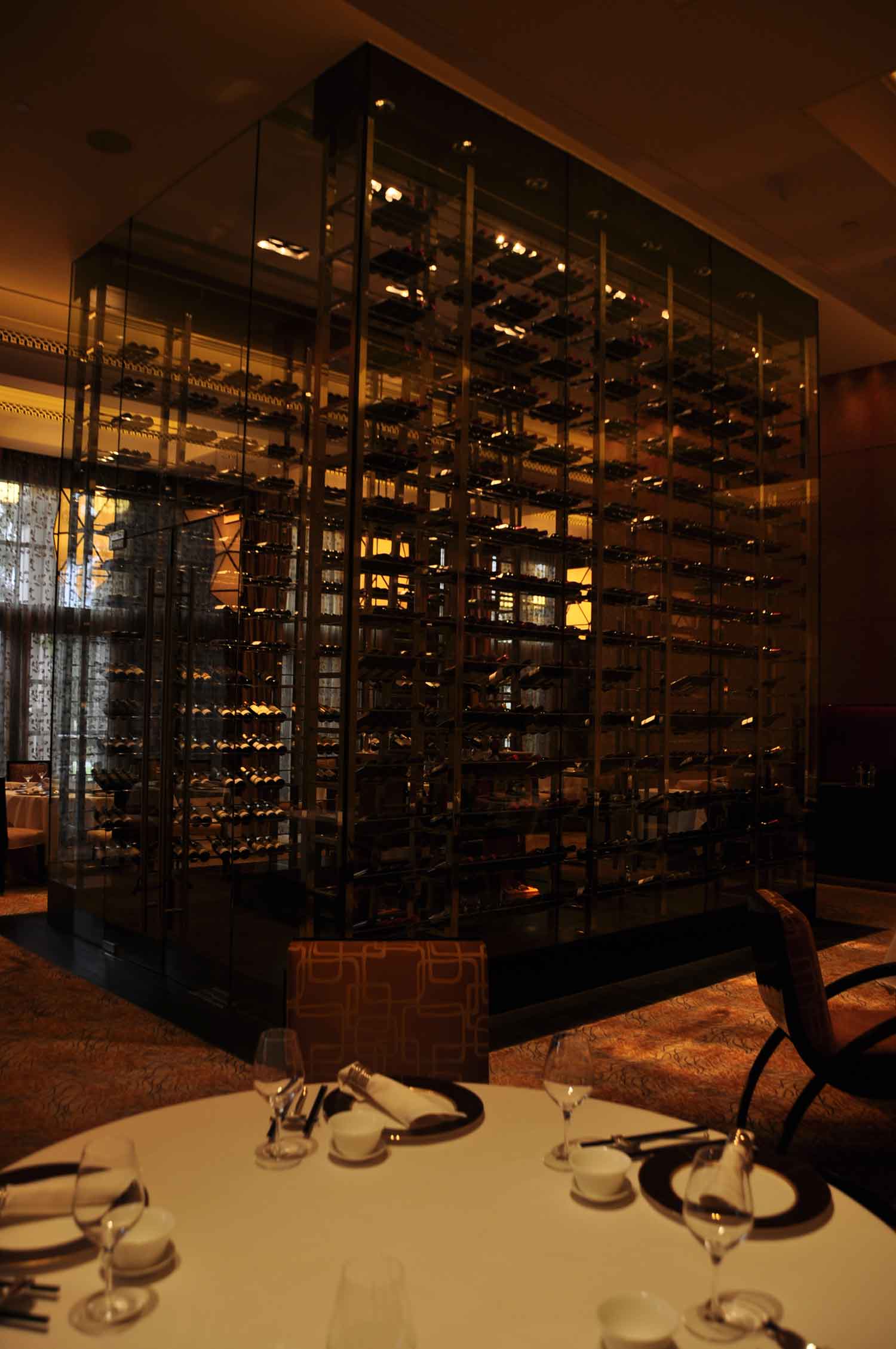 We both had the cheaper of the two set meals, the one that goes for $1288 a person for 8 courses.  I walked in thinking the restaurant was Cantonese all the way, but they do food in other styles as well, a fact that was reflected in the cuisine we were served.  (That little tidbit comes courtesy of Mu Yi, as I wouldn’t have known the difference myself.)

As for our dinner, each thing on the tasting menu was quite tasty and fresh, a compliment that speaks not only to the chef, but to the ingredients used at Zi Yat Heen.

It’s clear they only deal in superior stuff.  The highlights of the meal for us were the abalone and bird’s nest, while the prawns stood out as well.

Overall I think the dining experience at Zi Yat Heen deserves a solid 4 stars, even if it is a little expensive.  For what we ate, I think a price of around $800 each would have been fairer, but I came to realize on this trip that signature restaurants in big name hotels routinely overcharge customers by about 40%, compared to a similar place on the street.

However the service at Zi Yat Heen made me forget about the bill, and I will gladly return there in the future.

That dinner at the Four Seasons ended our 3 day travel in Macau.  If you’re still with me now, some 13 pages later, it probably feels more like we were there for two weeks.  I apologize for the length and commend you for holding on this long.  On subjects I like writing about, I tend to get a little wordy in my enthusiasm.  Anyway, I hope our travel story gave you a better understanding and appreciation of Macau, and encourages you to spend some time, or more time there, in the future.  I’m confident that you won’t be disappointed.

To read about the second Trip Report that happened four months later, please follow the link below!